Gary Rowett's side earned a deserved 1-1 draw at high-flying West Bromwich Albion on Saturday afternoon, and will now go in search of backing that up with a first away victory of the campaign in South Wales.

The manager had contrasting fortunes with his team selection at The Hawthorns - he was able to welcome Ryan Leonard and Mason Bennett back into the fold, but was without Benik Afobe after the striker picked up an injury; something which is likely to keep him out of the fixture. The boss has no fresh injury worries otherwise, with Danny McNamara and Shaun Hutchinson still absent.

Supporters not making the trip to Wales on Wednesday can watch all the action on iFollow with a Match Pass. Priced at £10, more details, including how to purchase, can be seen here.

After Saturday's draw against The Baggies, George Saville and goalscorer Daniel Ballard spoke to millwallfc.co.uk - and you can see what the pair had to say by clicking the relevant links.

The Swans will hold a minutes' applause prior to kick-off on Wednesday to mark 10 years to the day since the Gleision Mine disaster, which killed four people in September 2011 in the Swansea Valley.

Need some pre-match listening? Episode One of Season Two of Wall Talk with Billy Mitchelll is available now!

Swansea City and Millwall played out a goalless draw at the swansea.com Stadium in the Sky Bet Championship on Wednesday night.

Gary Rowett made two changes for the trip to South Wales, with Tom Bradshaw and Mason Bennett coming into the side at the expense of Matt Smith and the ill Sheyi Ojo.

George Saville had the first half-chance of the night in the third minute, but his effort from the edge of the area was blocked.

Bradshaw, who worked hard all night, was then the next to try and breach the Swansea defence but could not find a way past Kyle Naughton, whilst at the other end, Daniel Ballard had to be on guard to block a shot from Joel Piroe.

Chances were few and far between until the midway point of the half, in which Murray Wallace quickly snuffed out the danger after Piroe and Ryan Manning combined, before Manning and Jamie Paterson had the best chances of a tepid first-half, namely the latter, but he got his effort from Ethan Laird's cross horribly wrong, with the ball sailing wide of the post.

Bartosz Bialkowski was called into action with just two minutes played in the second-half as the stopper had to save from Matt Grimes, before consecutive efforts from Jed Wallace and Billy Mitchell failed to trouble the Swansea goal.

Bradshaw and Bennett attempted to register on the scoresheet as the hour-mark came and went, with Piroe and Grimes also attempting to do so at the other end but to no avail. The Lions then lost Ballard to a facial injury with 20 minutes to play - Ryan Leonard his replacement.

Big chances were then traded at either end, as firstly, Swansea substitute Michael Obafemi's effort trickled just past the near post as he took Liam Walsh's pass in his stride, before a combination of Saville, Connor Mahoney and Scott Malone worked the ball into the box for Bradshaw, but his close-range effort was stopped by Ben Hamer.

Malone's driven effort and Jed Wallace's shot worked the goalkeeper but were stopped, before a 90th-minute free-kick looked dangerous for Millwall, but Bialkowski expertly extended a hand to palm the ball to safety from Walsh's powerful strike from the edge of the box.

There were chances for Saville and Jed Wallace during six minutes of injury-time, but referee John Busby blew time with the fixture ending goalless.

Millwall travel to Swansea City on Wednesday 15th September (kick-off 7.45pm) - and tickets are now on sale to season ticket holders and members.

Wheelchair/Ambulant Disabled supporters and full-time students need to call 0207 740 3470 to book tickets between the hours and 9.30am-5pm Monday-Friday.

Tickets will go off sale at 5pm on Tuesday 14th September. We have an allocation of 698 tickets.

COACH TRAVEL: Coaches will leave The Den at 2.30pm. Coach tickets are priced at £30. These can be purchased by season ticket holders and members in person at the Ticket Office, online at millwalltickets.com or via the call centre on 0844 826 2004 and selecting option 2. All coaches operate a strict no-alcohol policy. No coach refunds. 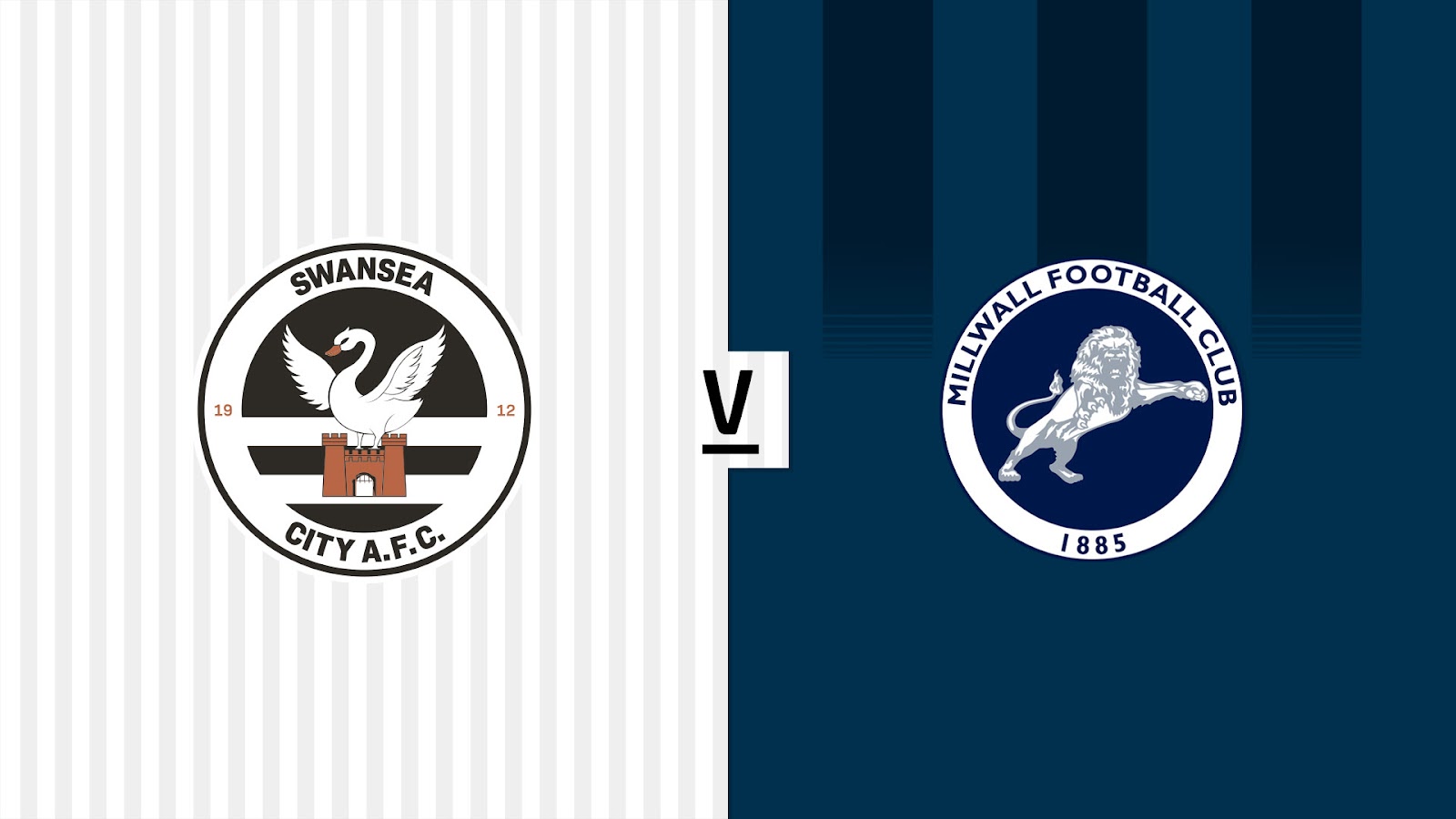 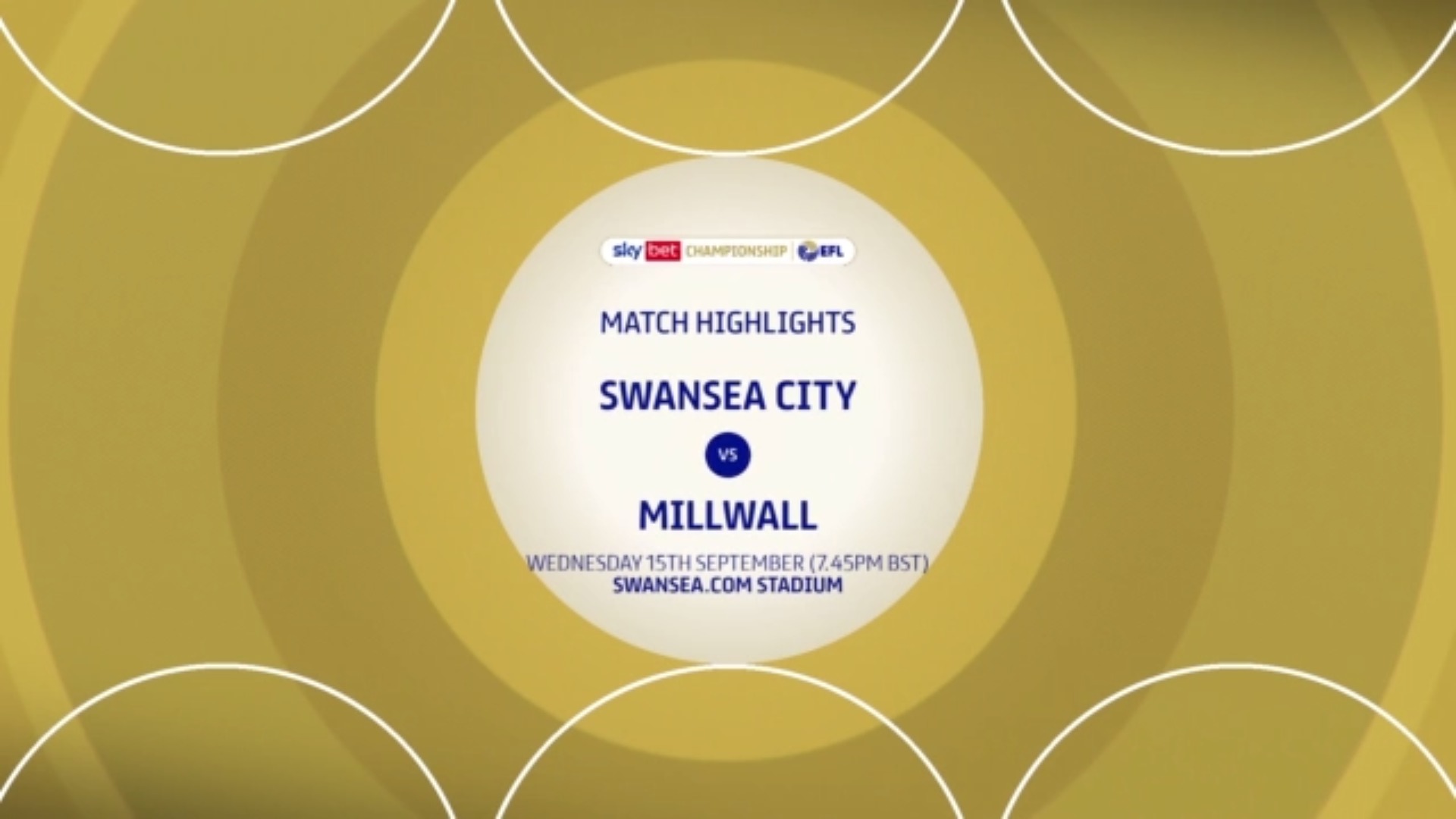 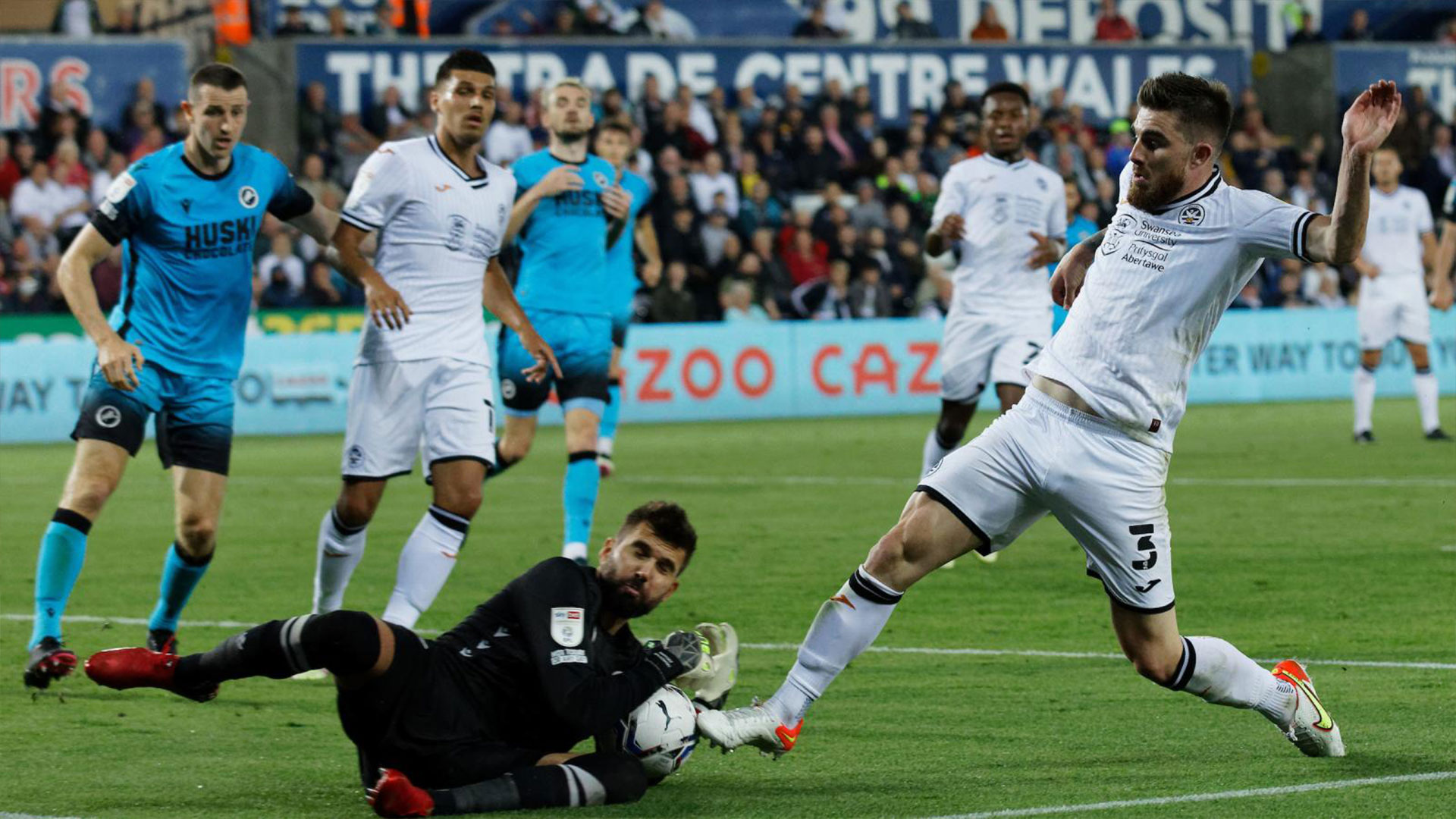