The Lions bowed out of the Carabao Cup at the Third Round stage on Wednesday night with a defeat to Premier League outfit Leicester City at The Den, but now return to the bread and butter of the League against Steve Cooper's side, managing his first game in charge of The Tricky Trees.

Shaun Hutchinson, George Evans and Benik Afobe all returned to the starting XI against The Foxes and will be in contention for a place in Gary Rowett's line-up, whilst the likes of Bartosz Bialkowski, Scott Malone and George Saville, who were all unused subs in midweek, may return. Sheyi Ojo, meanwhile, could be back with the squad for the trip to the City Ground, whilst Jed Wallace will miss out through illness.

The Lions will be backed by around 1,300 fans this weekend, but if you aren't one of them, then Audio Match Passes on iFollow are on sale, whilst international subscribers will be able to watch the action on iFollow.

Stuck for something to do before kick-off? Listen to Episode Two of Season Two of Wall Talk with legendary Lions goalkeeper Bryan King here!

Nottingham Forest and Millwall drew 1-1 in the Sky Bet Championship at the City Ground on Saturday afternoon.

Matt Smith gave The Lions the lead in the first-half, but a fluke strike from Max Lowe ensured a share of the spoils after the break.

Gary Rowett made three changes from last Saturday's 1-1 draw at home to Coventry City, as Shaun Hutchinson, Sheyi Ojo and Connor Mahoney came into the XI at the expense of Jake Cooper, Tom Bradshaw and the unwell Jed Wallace.

The hosts, beginning their first game under the stewardship of Steve Cooper, started brightly and forced an early chance through Lewis Grabban, but Bartosz Bialkowski was equal to his effort after Djed Spence crossed.

After weathering the initial storm, The Lions began to gain a foothold in the game and began to pepper the Forest penalty area with crosses, namely from Ojo and Scott Malone, but the home defence remained firm.

That was, however, until the 32nd minute, when The Lions took the lead. After making space for himself to swing over a cross from the right-hand side, Ojo laid the ball on a plate for Smith to climb above Joe Worrall and head into the back of the net.

Now with their tails up, Millwall could have had a second just moments later, but after George Saville and Mahoney combined on the edge of the box, the winger's shot was blocked behind. Hutchinson then headed on to the roof of the net and Ojo teased the home side's defence with crosses once more as the first-half came to an end, but The Lions were unable to double their lead before the break.

In the second-half, The Lions started well, with Mahoney proving the most potent threat in an attacking sense, but his cross and free-kick were unable to be turned home six minutes after the restart.

With 52 minutes on the clock, though, Forest got themselves back on level terms after Lowe's freak effort - a cross which quickly turned into a shot - deceived Bialkowski and crashed into the net off the far post.

George Saville then shot tamely at Brice Samba, before Millwall whacked the woodwork as Smith's vicious effort from inside the box hit the crossbar and bounced to safety. Smith then forced Samba to save his header, before Millwall's defence had some work of their own to do, first blocking an attempt and then Bialkowski saving the follow-up.

Bradshaw replaced Smith with three minutes to play in a fourth substitution for The Lions - which they were permitted to make due to the home side using a concussion change in the first-half - but with no further clear-cut chances, Rowett's side had to make do with a point on the road.

Millwall travel to Nottingham Forest in the Sky Bet Championship on Saturday 25th September (kick-off 3pm) - and tickets are now on sale to season ticket holders and members.

Nottingham Forest strongly recommends that children be of primary school age (4-5 years) when attending fixtures at the City Ground. Babies in arms and children in buggies will not be admitted for their own safety.

Tickets will go off sale at 2pm on Friday 24th September. We have an allocation of 1,458 tickets.

COACH TRAVEL: Coaches will leave The Den at 10am. Coach tickets are priced at £26. These can be purchased by season ticket holders and members in person at the Ticket Office, online at www.millwalltickets.com or via the call centre on 0844 826 2004 and selecting option 2. All coaches operate a strict no-alcohol policy. No coach refunds. 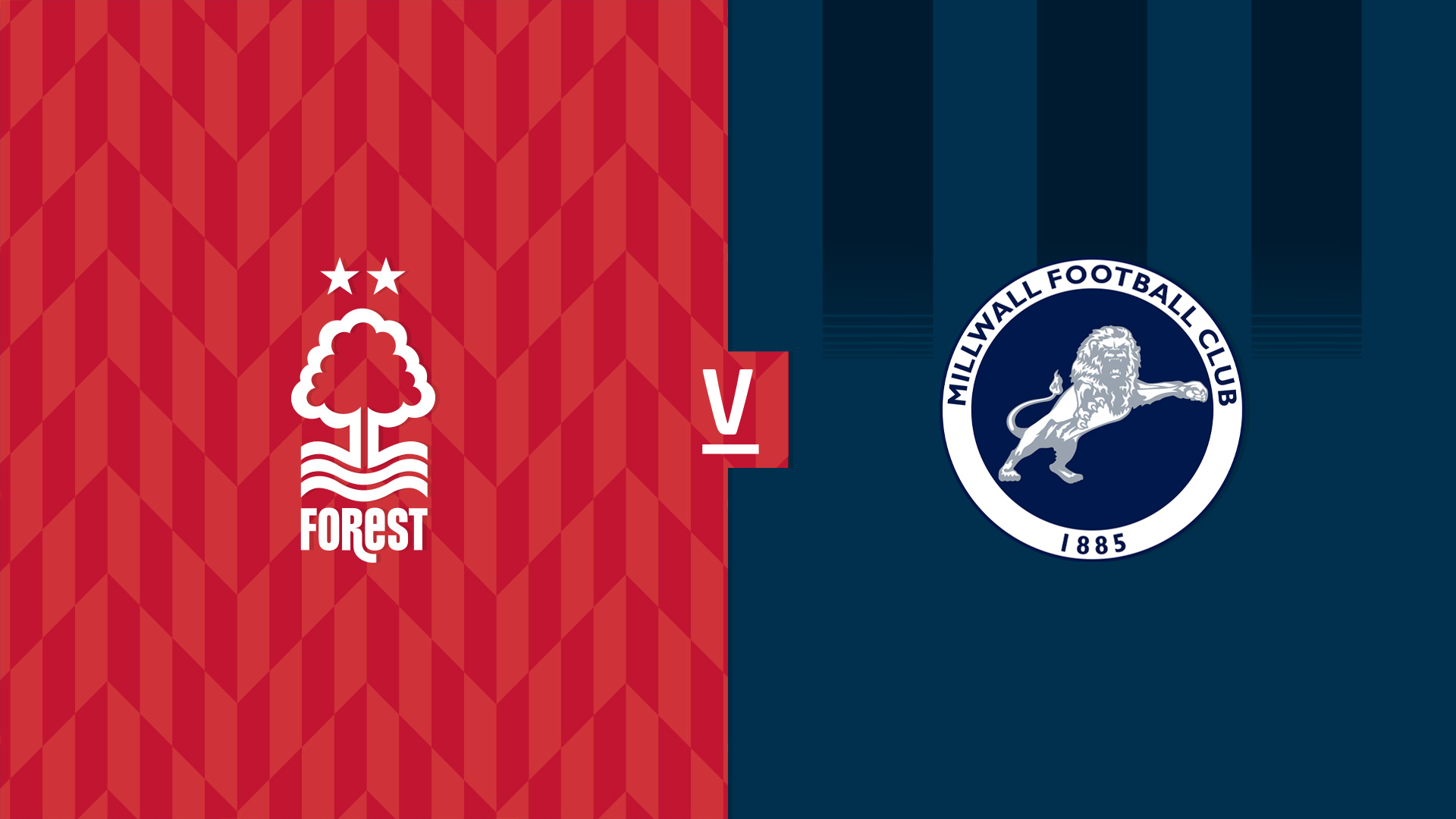 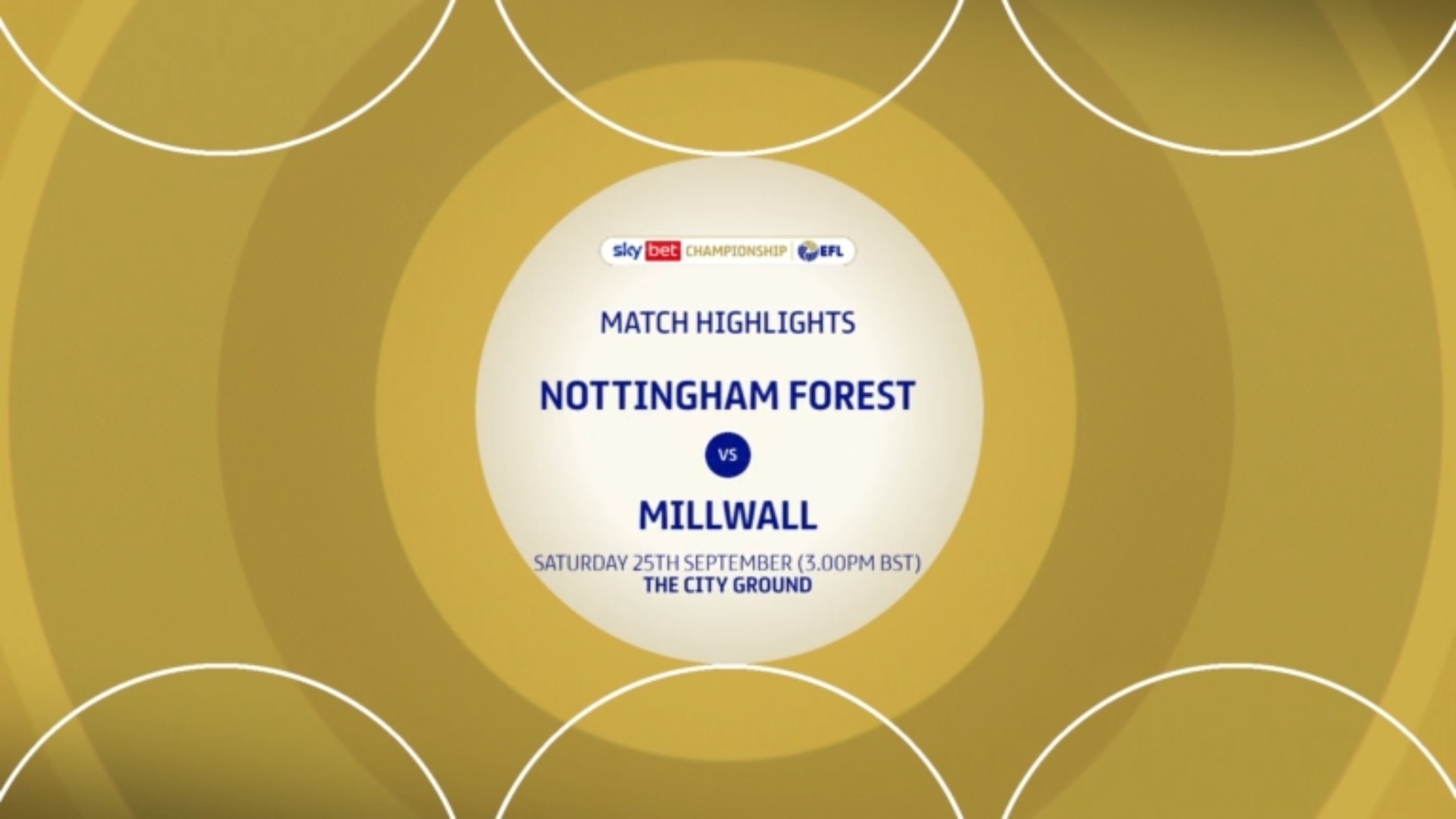