Millwall take on Leicester City in the Carabao Cup Third Round at The Den on Wednesday night (kick-off 7.45pm).

The Lions have defeated lower League sides in Portsmouth and Cambridge United to get this far and now welcome Premier League opposition in The Foxes - who enter at this stage due to their involvement in European competition - for a place in Round Four.

Gary Rowett was able to welcome Shaun Hutchinson, Danny McNamara, Benik Afobe and George Evans back into the training fold earlier this week, and it remains to be seen whether any of those will feature against Brendan Rodgers' side. Sheyi Ojo and Jed Wallace will be missing through illness as the manager may opt to make changes for the tie.

There will be a minute's applause prior to kick-off at The Den in memory of the late Jimmy Greaves, whilst supporters are also reminded that there will be no extra-time if the tie is level after 90 minutes - a penalty shootout will follow.

Tickets for Wednesday's game will be on sale up until kick-off - click here for more information. Due to Carabao Cup rights, live video coverage of the fixture will not be available to UK or international subscribers on iFollow.

Wednesday's matchday programme is available to purchase here or around the ground for just £2, whilst you can take a look at how The Lions' prepared in training here.


Millwall will take on Leicester City in the Carabao Cup Third Round at The Den on Wednesday 22nd September (kick-off 7.45pm).

Millwall bowed out of the Carabao Cup at the Third Round stage on Wednesday night as Leicester City were 2-0 winners at The Den.

Ademola Lookman gave the Premier League outfit the lead shortly into the second-half, before Kelechi Iheanacho's 88th-minute effort sealed The Foxes' place in Round Four.

Gary Rowett opted to name the likes of George Long, Ben Thompson and Alex Pearce in the starting line-up, whilst there was a return to action for Shaun Hutchinson in the heart of the defence.

Backed by a vocal crowd inside The Den, The Lions began the game on the front foot and attacked their opposition, with a smart passing move unfortunately being ended on the left-hand side on four minutes.

With no goalmouth action having taken place until the 13th minute, it was Millwall who were to have the opening effort of the evening, but after a throw-in from Billy Mitchell bounced around inside the penalty area and dropped to Ryan Leonard, his shot went wide.

Connor Mahoney then stung the palms of Danny Ward from outside the area as the noise cranked up, with Leicester's first chance coming with 19 minutes played as Wilfred Ndidi's through-ball looked to have set Iheanacho away, but his failure to control the ball and the covering Pearce ensured that Long remained untroubled.

Pearce and Tom Bradshaw both had half-chances as the first-half wore on with The Lions having more of the attacking play, with Kiernan Dewsbury-Hall's run and cross - which went straight out of play - the most The Foxes could muster with the half-time break approaching.

With four minutes left to play the visitors won a soft free-kick just outside The Lions' 18-yard box, but Youri Tielemans' strike sailed over the crossbar. At the other end, a free-kick of Millwall's own was whipped in by Mahoney, but after Thompson rose on the edge of the box, his header dipped just over Ward's bar.

Five minutes into the second-half, The Foxes took the lead. After The Lions' defence dallied on the ball, Leicester were able to rob Jake Cooper of possession and strike towards goal - Long was able to parry the first effort, but Lookman had the simplest of tasks to fire home the rebound and open the scoring.

Goalmouth action was rare from there, but Millwall were able to fashion a half-chance shortly after the hour-mark as the ball found Hutchinson at the back post, but he headed wide; that proved to be the final action of his night, as he was replaced by Daniel Ballard.

A double sub from Rowett saw both Benik Afobe and Matt Smith enter proceedings and The Lions go into a more attacking formation with 18 minutes left, and it almost paid dividends on 77 minutes as Mahoney's inviting free-kick - which Afobe won - bounced all the way across the box, but incredibly, there was no touch which would've certainly taken the ball into the net.

With Millwall pushing for an equaliser at one end, Leicester almost sealed the game with a second on the break with four minutes to play, but after Iheanacho advanced on goal, a combination of Long and Leonard were able to wrestle the ball from his grasp before Evans hacked behind.

The second did arrive just two minutes later, however, as another Foxes break ended with Iheanacho blasting the ball into the net from the edge of the area.


Millwall will take on Leicester City in the Carabao Cup Third Round at The Den on Wednesday 22nd September (kick-off 7.45pm).

Season ticket holders have up until 5pm on Tuesday 7th September to claim their usual seat.

Discounted hospitality is now on sale for the visit of The Foxes! For just £50 adults and £30 under 18s, purchase an 1885 Club Platinum experience now! 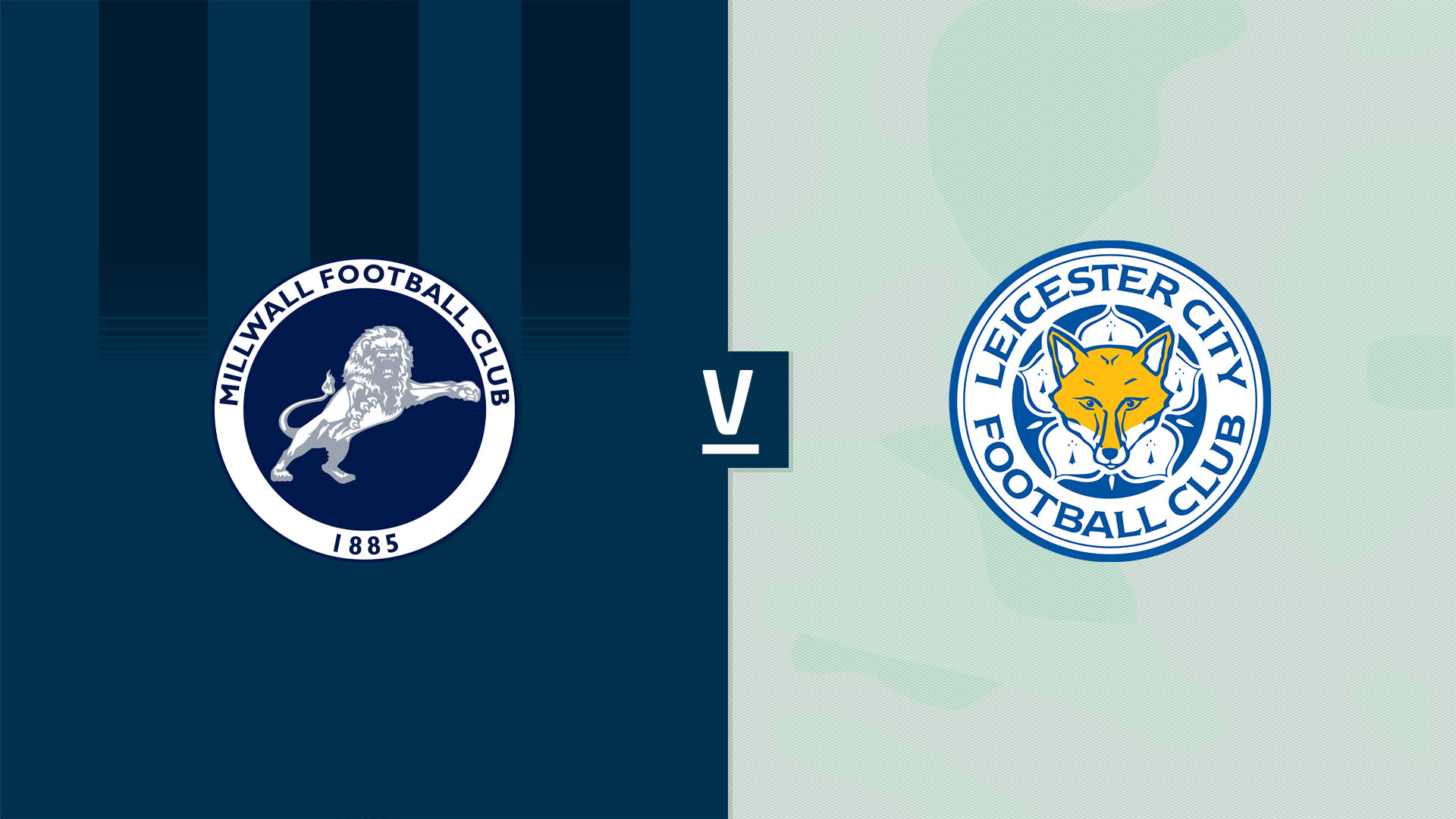 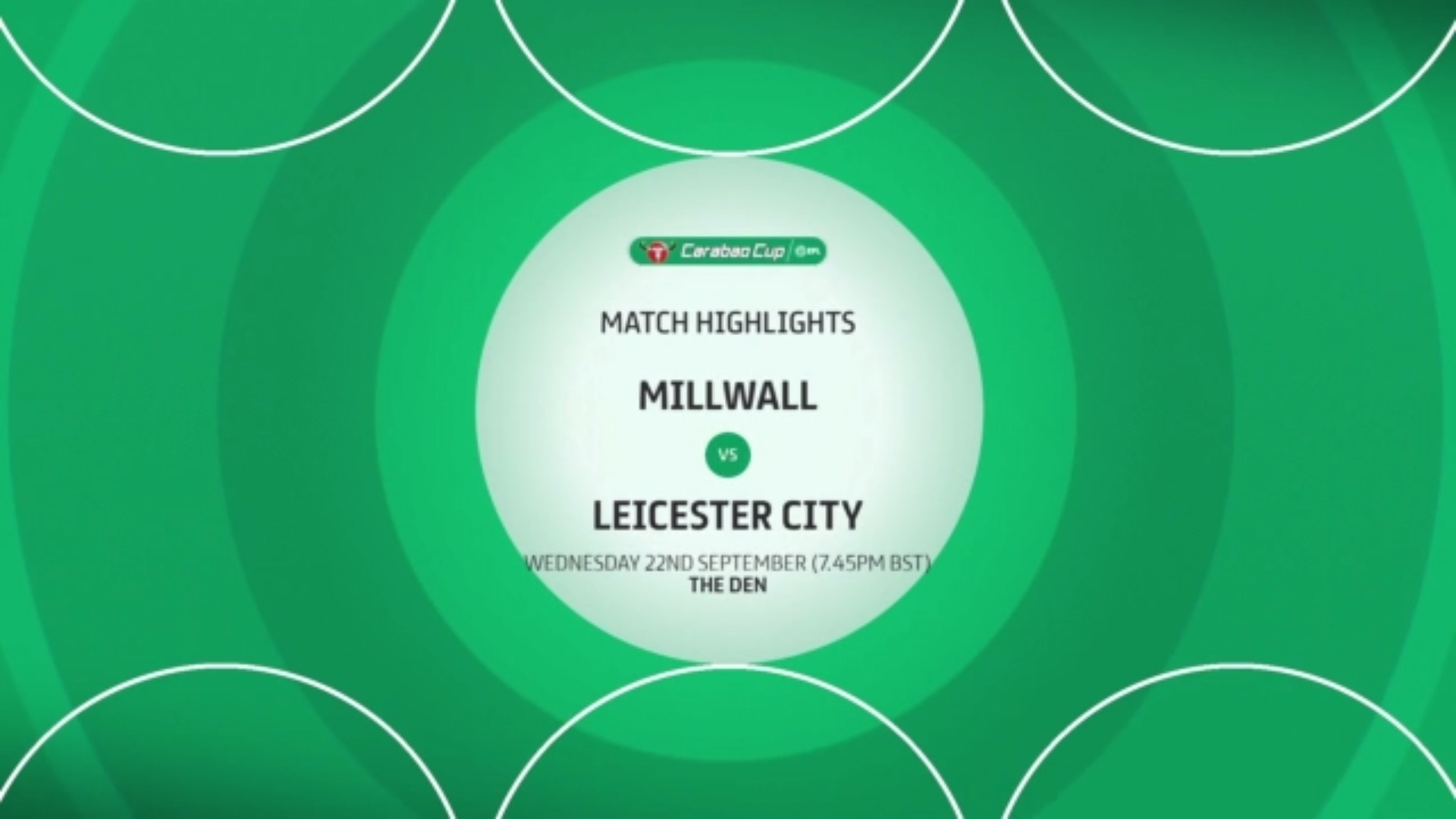 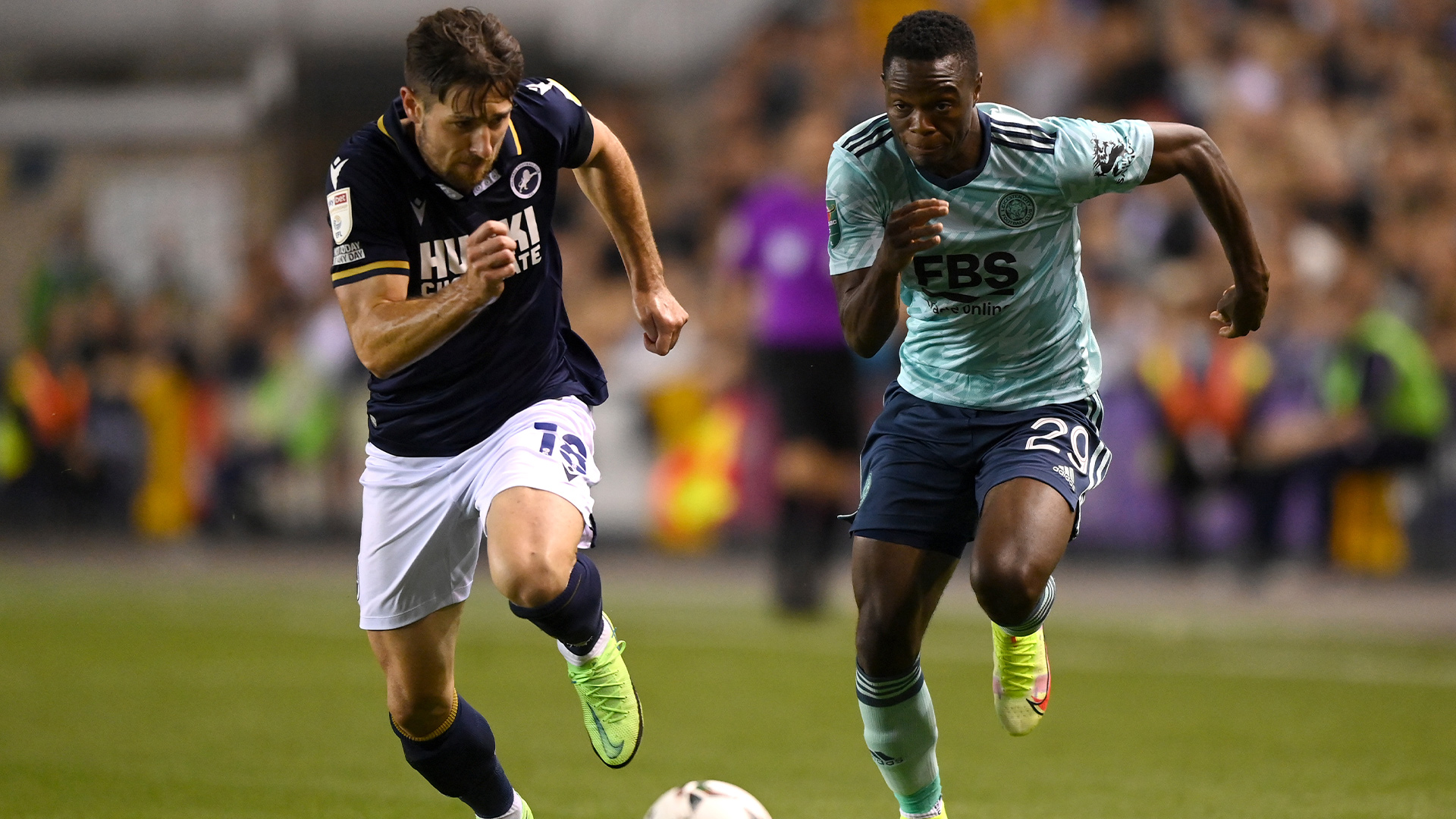