Millwall take on Stoke City in the Sky Bet Championship at The Den on Saturday afternoon (kick-off 3pm).

The Lions suffered defeat on their own patch to Luton Town last weekend, but quickly avenged that loss with a 2-1 victory at Sheffield United on Tuesday night. With just one defeat in nine to their name, Gary Rowett's side will now look to advance further up the table against Michael O'Neill's Potters.

Murray Wallace and Connor Mahoney missed the trip to Bramall Lane and their fitness will be assessed before kick-off, whilst the manager will definitely be without the duo of George Saville and Benik Afobe, who are suspended and ineligible respectively. Tom Bradshaw started in attack in midweek and could keep his place, whilst names such as Matt Smith, Billy Mitchell, Maikel Kieftenbeld and Danny McNamara could come back into the side should the boss wish to shake things up.

Tickets for the weekend's game will be on sale up until kick-off, however, if you cannot make it to SE16, then Audio Match Passes are on sale to listen to match commentary on iFollow. International subscribers will be able to watch the action live on iFollow.

Matt Smith is the star man on Saturday's matchday programme, on sale online and around the ground for just £3, with a DJ on hand to crank up the volume outside the SE16 Bar before kick-off.

Rowett and Tuesday's match-winner, Jake Cooper, spoke to millwallfc.co.uk in the lead-up to the visit of Stoke, and you can hear what they had to say by clicking the relevant links - but if you're looking for something different, then why not listen to Wall Talk, Millwall Football Club's official podcast?

Tom Bradshaw struck twice in 10 second-half minutes to give Millwall a 2-1 victory over Stoke City in the Sky Bet Championship on Saturday afternoon.

Romaine Sawyers' 20th-minute strike opened the scoring at The Den and put Stoke into the lead, but Bradshaw hit the back of the net in the 51st and 61st minutes to turn the game on its head and give The Lions a second consecutive victory.

Gary Rowett made one enforced change to his starting XI, as Billy Mitchell came in for the suspended George Saville. Danny McNamara, Murray Wallace and Connor Mahoney, meanwhile, returned to the bench as the ineligible Benik Afobe dropped out.

Bartosz Bialkowski was called into action almost instantly as the game got underway, expertly getting down to tip Jacob Brown's goal-bound header away in just the second minute, before Sam Surridge tumbled too easily inside the box shortly after as he looked for a penalty-kick - referee Andy Davies was unmoved.

Jake Cooper then blocked Surridge's effort as The Potters' strong start continued, but from there, The Lions began to bring themselves into the play, with Bradshaw battling to win the ball on the far side and feeding Jed Wallace, but the attacker's low cross was gathered by Joe Bursik.

More determination from Millwall men, this time in Scott Malone and Mitchell, allowed Jed Wallace to strike from 20 yards out with 18 minutes on the clock, but Bursik was equal to The Lions' number seven once again.

However, just two minutes later, The Potters were able to take the lead as Stoke moved the ball well on the edge of the area before teeing up Sawyers to strike an attempt past Bialkowski to open the scoring.

A lull in the game then almost ended with a ball over the top to Jed Wallace on 37 minutes, but as he sprung the offside trap and looked set for a run on goal, Bursik came rushing out to clear from danger. The Lions then broke away down the right-hand side and crossed through Jed Wallace, but Sheyi Ojo struck wide.

Millwall broke away once again with four minutes to play until the break, but after Jed Wallace's lung-busting run took him into the penalty area, he decided to go for goal instead of playing in the unmarked Ojo, allowing the Stoke defence to get back and tackle.

George Evans then sent Jed Wallace away as The Lions began to advance up the field with regularity, but after his cross was blocked, Ryan Leonard's follow-up shot failed to trouble Bursik.

Bradshaw headed straight at Bursik as a delayed second-half - due to an injured official - got underway, but on 51 minutes, the striker got his reward for his endeavour as he turned home Ojo's cross, on his 100th appearance, from the edge of the six-yard box to level the score.

That strike raised the level of volume inside The Den, and Millwall came forward in the immediate aftermath of it to seek a second, but Stoke hit them on the break through Jacob Brown; Cooper, however, was well placed to block his shot.

Shortly after the hour-mark, Millwall were in front. Leonard, who had moved to central midfield following the substitition of Evans in the second-half, drove down the left-hand side and crossed for Bradshaw, who was there to beat the offside trap and score his and The Lions' second of the afternoon.

Malone sent a shot wide as Millwall looked to build on their lead, but Stoke coud have equalised with 74 minutes played as The Lions lost concentration and allowed substitute Steven Fletcher a poke at goal - an attack that fortunately ended with Josh Tymon fluffing his lines from the rebound.

With three minutes left to play, The Lions had a chance to put the game to bed, but after Leonard flicked on to Bradshaw and he fed Matt Smith, the striker's attempt was weak and rolled wide.

There was a late chance for The Potters, but James Chester headed over from a corner.

Millwall welcome Stoke City to The Den in the Sky Bet Championship on Saturday 23rd October (kick-off 3pm) - and tickets are now on general sale. 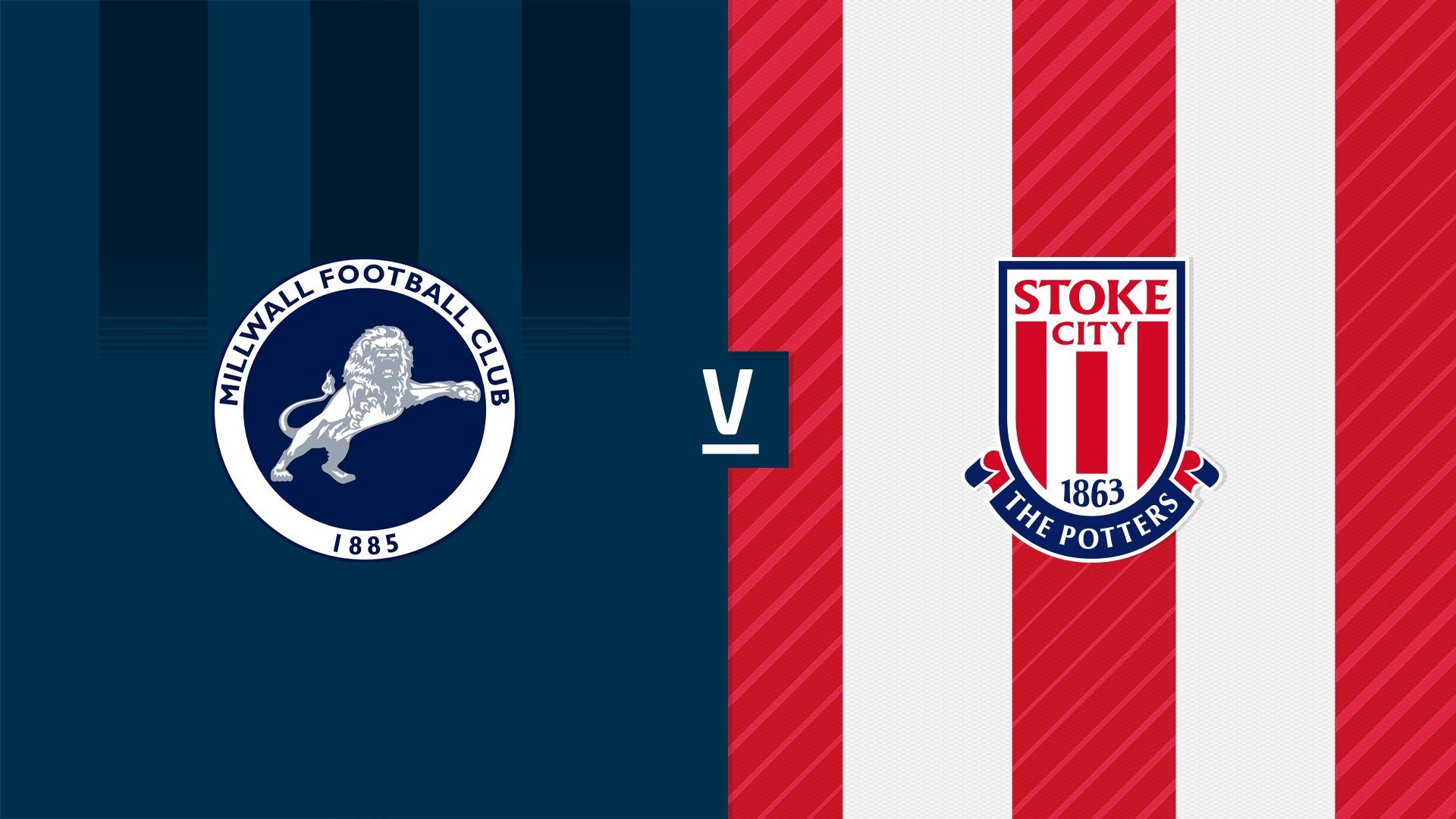 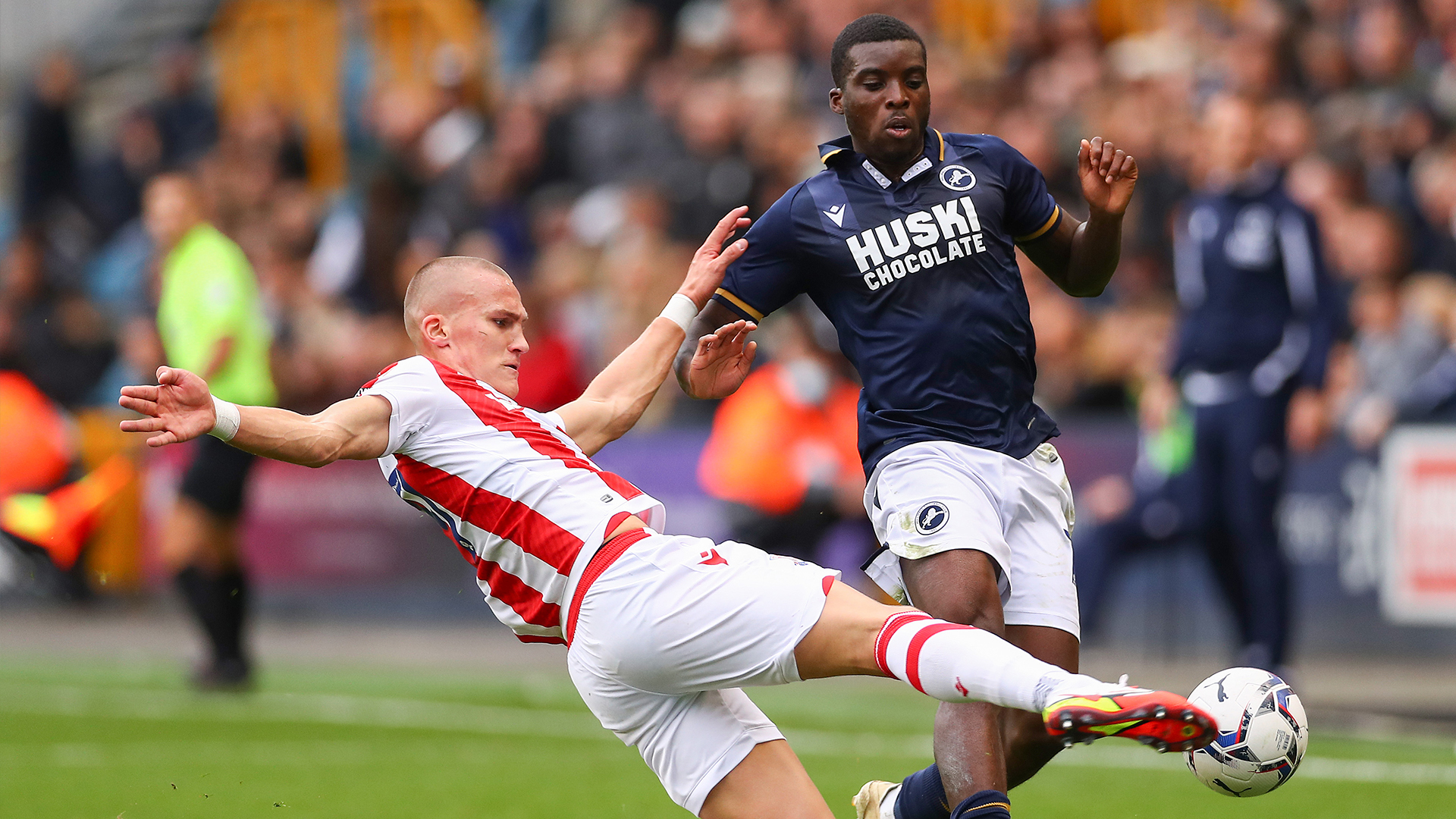 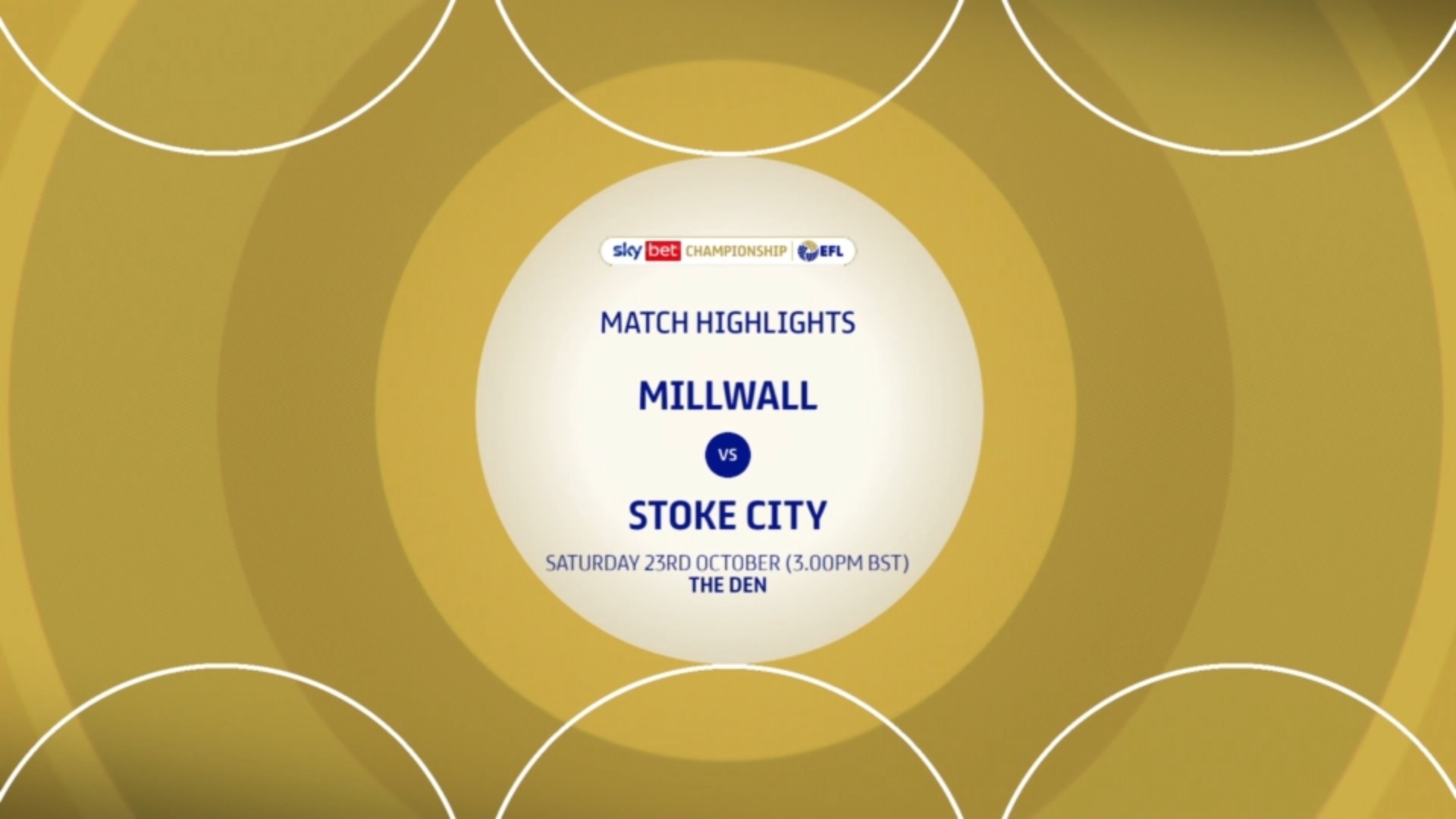