The Lions return to League action after October's international break against The Hatters, looking to build on two consecutive 1-0 wins, at home to Bristol City and at Barnsley a fortnight ago.

Mason Bennett, Connor Mahoney and Scott Malone missed the trip to Oakwell but may return to the fold, whilst George Saville missed Northern Ireland's midweek FIFA 2022 World Cup qualifier in Bulgaria. Gary Rowett has an otherwise fully-fit squad to select from, however.

Tickets for Saturday's fixture will be available to purchase up until kick-off, but if you are unable to make it, then UK-based iFollow subscribers can listen to the action from SE16 with an Audio Match Pass. International subscribers can purchase a Match Pass to watch the game.

Jed Wallace adorns the front of this weekend's matchday programme, on sale around the ground and online for just £3, whilst Punch Drunk Pirates will occupy the SE16 Band Stand prior to kick-off - get down there and soak up the atmosphere!

If you're looking for further pre-match entertainment, then check out The Lions' extensive catalogue of Wall Talk episodes here!

Millwall were defeated 2-0 by Luton Town at The Den in the Sky Bet Championship on Saturday afternoon.

Harry Cornick's double - one in either half - gave The Hatters all three points at The Den and brought Millwall's seven-game unbeaten run to a grinding halt.

Gary Rowett opted to stick with the same XI which defeated Barnsley last time out, with the only change coming on the bench as Mason Bennett returned from an injury to take his place.

The Lions started fast in front of their own crowd and fashioned the fisrt opening, but Sheyi Ojo's cross went all the way across the six-yard box without a decisive touch. Jake Cooper's through-ball then found Jed Wallace four minutes later, but his left-footed effort was easily gathered by Simon Sluga.

With 11 minutes gone, however, The Hatters' first chance turned into the opening goal of the game as the ball made its way through the Millwall defence and found Cornick, who fired the ball home from just inside the penalty area.

A teasing cross from James Bree then caused momentary trouble for The Lions with 20 minutes played, but the ball was shepherded out for a goal-kick, before Millwall looked to hit back on the halfway-mark, only for Benik Afobe's shot to be blocked before The Hatters were able to scramble the ball out of play.

The Lions were getting into some good positions out wide as the half-hour point approached, but crosses from Wallace's Jed and Murray could not be acted upon - Sheyi Ojo creating an opportunity to shoot, twice, from the latter, but he found his efforts blocked by a solid Luton defence.

A deep George Saville cross found the head of Cooper with a little over 10 minutes to play until the break, but the defender glanced wide, before McNamara's charging run down the right led to Jed Wallace crossing, but Sluga was able to claim.

The half came to a close with Millwall on top, but once more, the strong Luton defence was giving The Lions nothing.

The second-half was seven minutes old when The Hatters doubled their lead. Failure to control the ball on the right-hand side allowed Cornick to be played through, and the goalscorer made no mistake in doubling his - and Luton's tally - by striking across goal and beyond Bartosz Bialkowski from the edge of the penalty area.

Pelly-Ruddock Mpanzu then cracked the crossbar from long range as Millwall stood like statues, before a strike from George Evans at the other end was blocked as The Lions looked to get back into the game. Neat football from the visitors then allowed Elijah Adebayo to dance through to goal, but his effort from an acute angle was stopped by Bialkowski.

A cross from substitute Ryan Leonard was then nodded towards goal by Cooper but saved by Sluga, before the stopper was in action again, sprawling across goal to tip Jed Wallace's goal-bound free-kick behind.

The withdrawal of Murray Wallace as a concussion substitute allowed The Lions to make a further change with just over 10 minutes to play - Billy Mitchell and Bennett coming on for Evans and Afobe - and Millwall's chance to get back in the game came on 84 minutes as a deliberate handball gave Jed Wallace the opportunity to score from the spot, but his strike was expertly stopped by the impressive Sluga.

The Hatters then somehow scrambled the ball behind as Millwall continued the late onslaught, before seeing out the remainder of the afternoon to earn victory.

Tickets in Blocks 27, 28, 29 and 30 will be available to Season Ticket Holders and Members ONLY. Guest tickets must be purchased at the Ticket Office, they will not be available online or via phone.

Matchday hospitality prices for this fixture are discounted! To take advantage and enjoy an exclusive range of benefits, click here.


Millwall take on Luton Town at The Den on Saturday 16th October (kick-off 3pm) - and tickets are now on general sale for the Sky Bet Championship fixture. 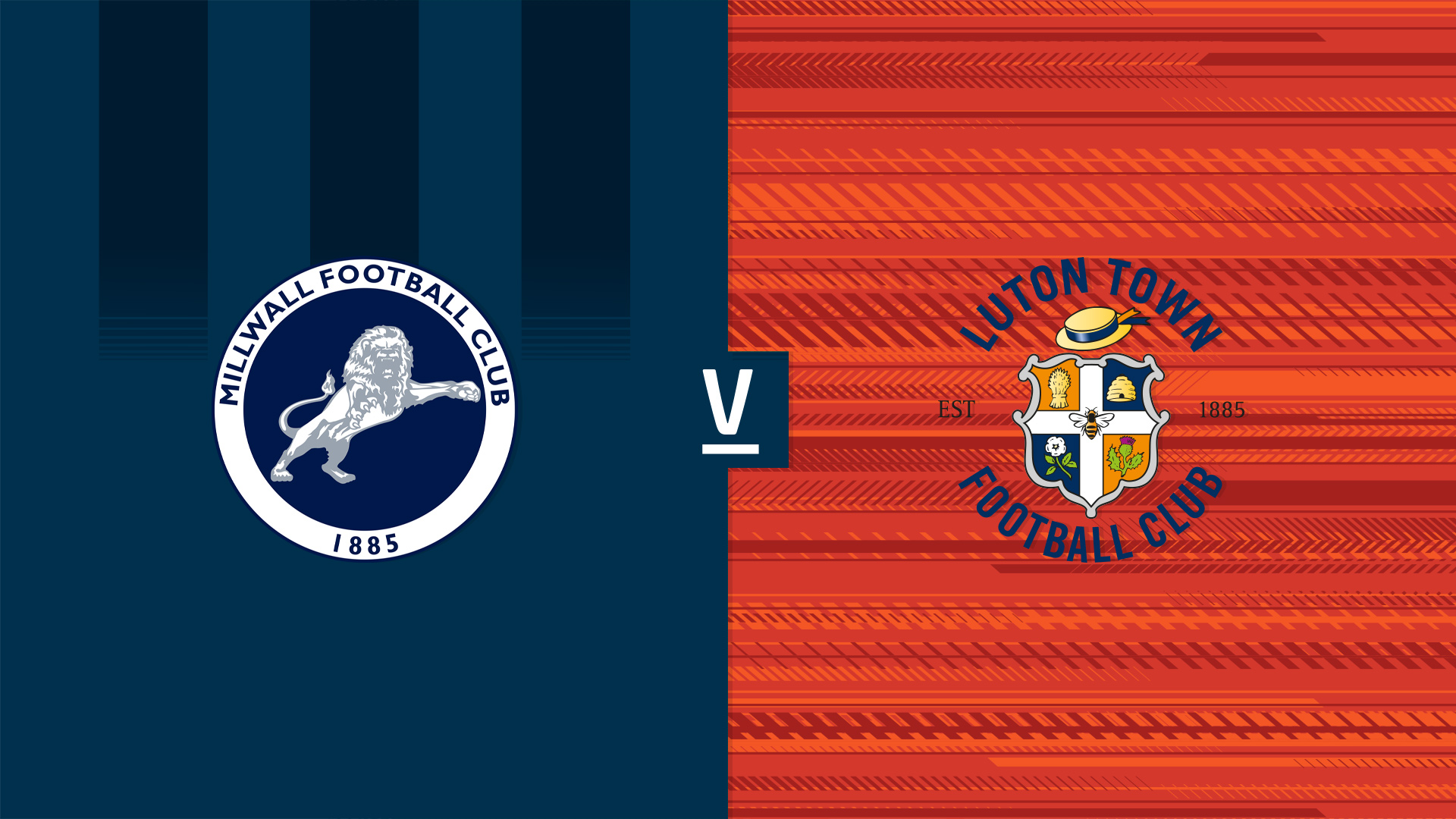 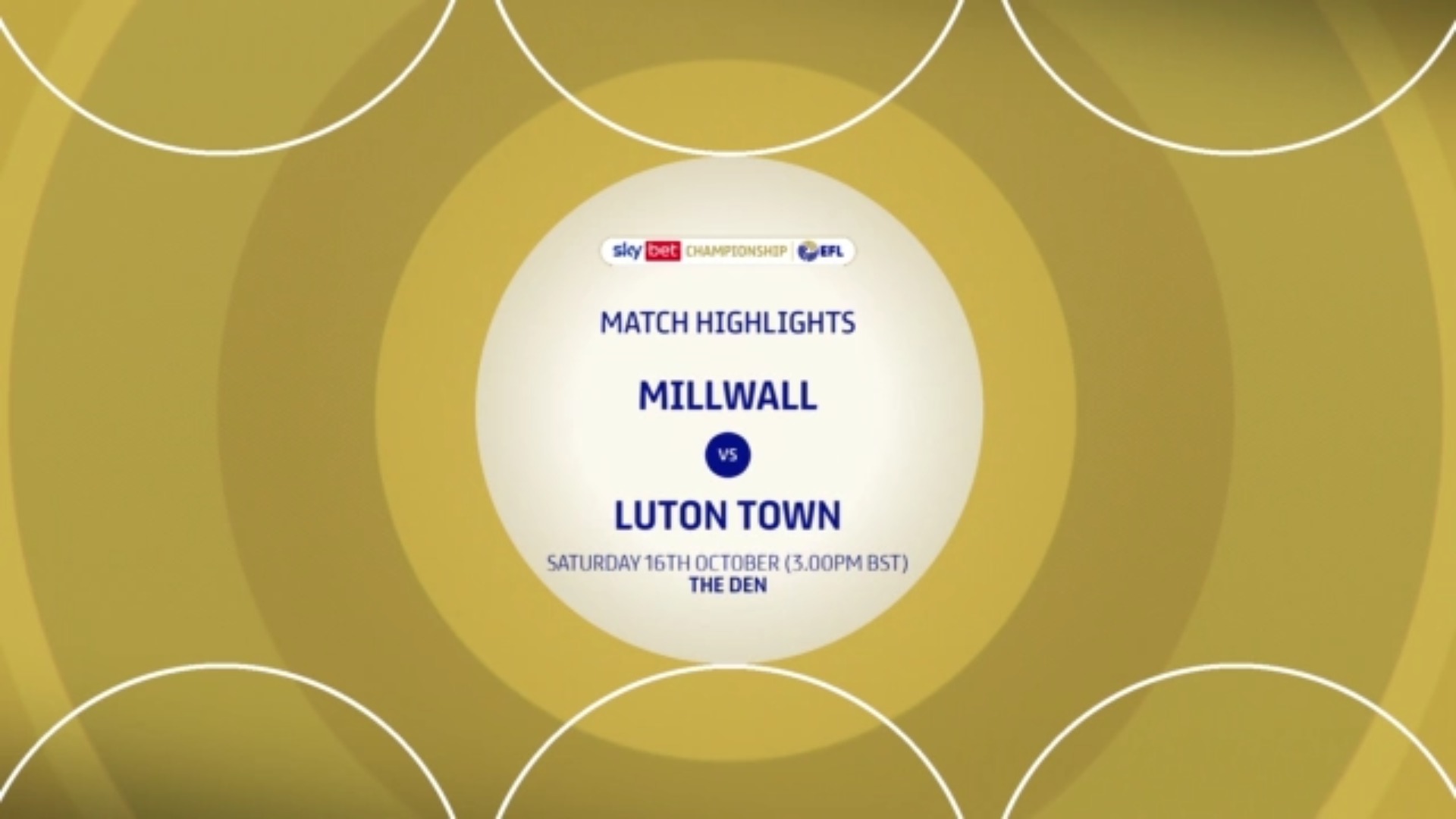 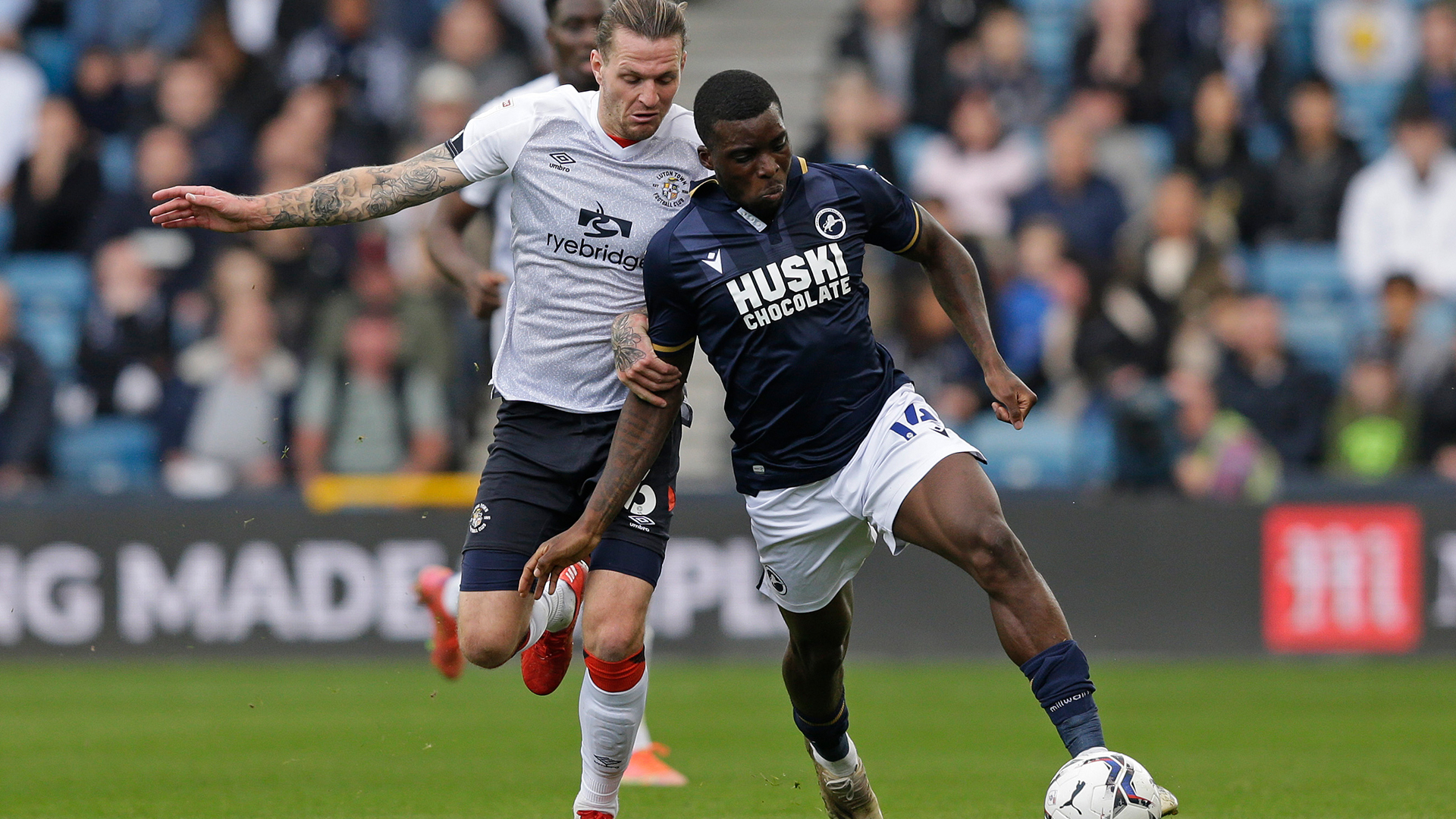