Millwall take on AFC Bournemouth in the Sky Bet Championship at The Den on Wednesday night (kick-off 7.45pm).

The Lions chalked up a second consecutive draw on Saturday as the long trip to Middlesbrough ended in a 1-1 scoreline, and Gary Rowett's side now head back to SE16 to take on the high-flying Cherries under the lights.

The manager will have a near-full squad to select from, however, Jake Cooper will have to sit the fixture out due to suspension, after picking up his fifth booking of the campaign at the Riverside Stadium.

Tickets for Wednesday's encounter will be on sale up until kick-off, but if you are unable to make it, then full audio commentary will be available on iFollow Millwall. International subscribers can watch all the action from South London on iFollow.

An interview with Bartosz Bialkowski features inside the midweek matchday programme, on sale around the ground for £3. With all the usual facts, stats and features inside, don't forget to pick up your copy! If you do forget, then copies are available online.

There's also plenty to peruse before kick-off - on what is sure to be a chilly night, warm up at the SE16 Bar with a DJ present, whilst The Lions' Blue Friday offers are available here. Furthermore, why not grab yourself a half-season ticket for the remainder of the 2021/22 campaign?

Get the lowdown on AFC Bournemouth by clicking here.

Owing to new government advice, supporters attending Wednesday's fixture at The Den are encouraged to take a lateral flow test before travelling, to keep the stadium free from COVID-19.

In line with the government's recently increased terror threat, the club is having to further its own policies to stay in line with this change. As such, there will be increased searching of supporters on arrival. Please allow for additional time to enter the stadium. The car park will close to vehicles strictly 45 minutes before kick-off.

Millwall and AFC Bournemouth drew 1-1 in the Sky Bet Championship at The Den on Wednesday night.

Dominic Solanke gave the visitors the lead in controversial circumstances in SE16, but Benik Afobe hit back with a fantastic finish in the second-half to ensure a third consecutive scoreline for The Lions.

Gary Rowett made two changes to the side which drew 1-1 with Middlesbrough on Saturday afternoon, as Danny McNamara and Murray Wallace came in for the injured Ryan Leonard and the suspended Jake Cooper.

Early on, Afobe did well to win the ball back and The Lions spread the play across the pitch through Mason Bennett, George Saville and Scott Malone, but the latter's cross was too deep and bypassed everyone before running out of play.

The Cherries were having to committ to last-ditch tackles inside the first 10 minutes as Bennett and Afobe both looked to beat the last man, and Millwall fashioned their first chance with 11 minutes played, but Murray Wallace headed Malone's corner-kick over.

The visitors began to gain more a foothold in the game as the midway point of the half came into view, but the most they could muster was a cross from Jack Stacey - one which was greatfully accepted by Bartosz Bialkowski.

With 25 minutes on the clock, Jaidon Anthony was allowed the time and space to dart into the penalty area from the left-hand side, but his effort was deflected over the crossbar, with Gavin Kilkenny perhaps lucky not to be shown a second yellow card - minutes after his first - for attempting to win a penalty-kick from the resulting corner, as he theatrically tumbled with Bennett nearby.

The atmosphere rose a couple of notches on the half-hour mark as Bennett and Malone attempted to find a way through to goal, before Jed Wallace looked to latch on to a lofted Shaun Hutchinson ball, but Lief Davis was the man there to snuff out any shot on goal from the attacker.

In a game of few clear-cut chances, Ryan Christie pounced on a rare mistake from Hutchinson six minutes before the break and looked to carve an opening through his run to the edge of the penalty area, but the defender was able to race back and execute a perfect challenge and prevent Bialkowski from being tested.

Murray Wallace stood strong as Jamal Lowe looked to force an opening shortly before the half-time break, but after the ball bounced into the path of Dominic Solanke, McNamara was able to get back and clear the ball behind. From the resulting corner, however, came the opening goal as Solanke poked home from close range - although there was a push on Bennett before he struck.

Murray Wallace's sliding block prevented Solanke from netting a second five minutes into the restart, before Christie brought a save from Bialkowski minutes later with an effort from outside the area. At the other end, Daniel Ballard's long ball nearly set Bennett up for an attempt on goal, but the ball bounced off the striker's toe and away from danger.

Another long Ballard ball was then superbly taken down by Afobe, but as he advanced into the area, Gary Cahill's excellent challenge stopped the striker from testing Mark Travers in The Cherries' net. A Jed Wallace cross was then glanced wide by George Saville.

On 67 minutes, though The Lions were back on level terms as Afobe pounced on a flick-on and carried the ball towards goal, beating his marker and powering a classy finish across Travers and into the back of the net.

Millwall's tails were up, and handball shouts also went up as Ballard looked to cross shortly after, but referee Dean Whitestone was unmoved. Travers then had to punch a deep Ballard cross behind as substitute Sheyi Ojo lurked, before Billy Mitchell almost produced the moment of the night as his skill down the left-hand side set him up for a curling effort from the edge of the box - one which went just over.

There were just five minutes left when the impressive Afobe travelled down the right and crossed - at the second attempt - into the six-yard box, but solid defending from Jefferson Lerma stopped a Millwall man from tapping home at the far post. Murray Wallace then headed agonisingly wide as The Lions pushed for a late winner.

There was to be one more chance for Millwall, but as Afobe squared for Saville in injury-time, his attempt rolled well wide of the post.

Millwall welcome AFC Bournemouth to The Den in the Sky Bet Championship on Wednesday 24th November (kick-off 7.45pm) - and you can watch The Lions in style with a discounted 1885 Club Platinum package!

Join us with family, friends or business clients to enjoy our popular experience in the Billy Neil Sponsors' Lounge (formally known as the VIP Matchday Experience) as The Lions take on The Cherries.

The lounge offers a personal atmosphere in the build-up to the game, with a team of Lions legends and dedicated waiting staff on hand to ensure that your every need and expectation is met.

Your matchday hospitality package will include:

Furthermore, 1885 Club Members have the chance to upgrade to a Platinum package for this fixture for £30!

We encourage you to book in advance to avoid disappointment.

To book one of our hospitality packages, click here, or you can contact the Commercial team on 020 7740 0501 or by email at commercialsales@millwallplc.com. 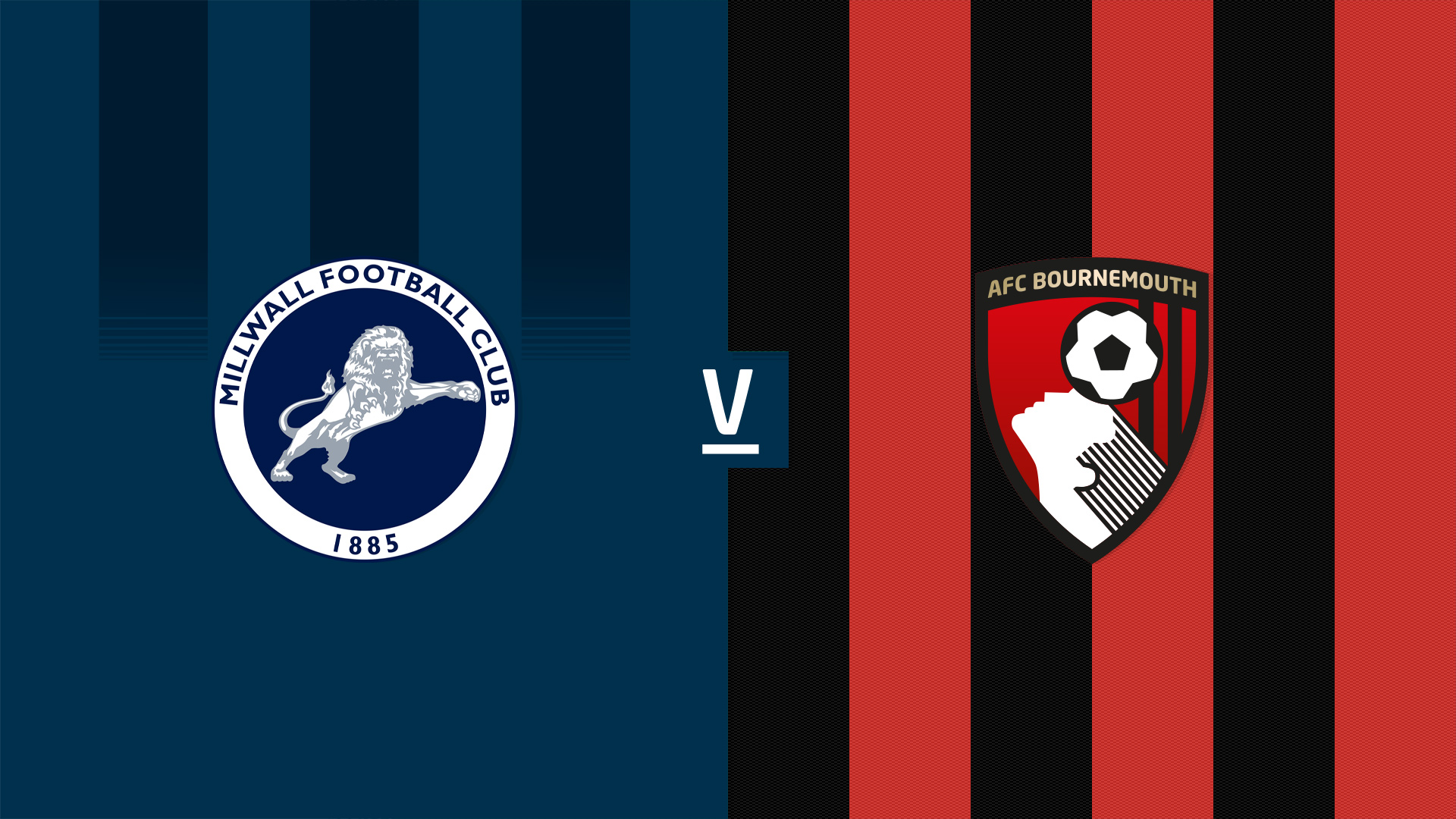 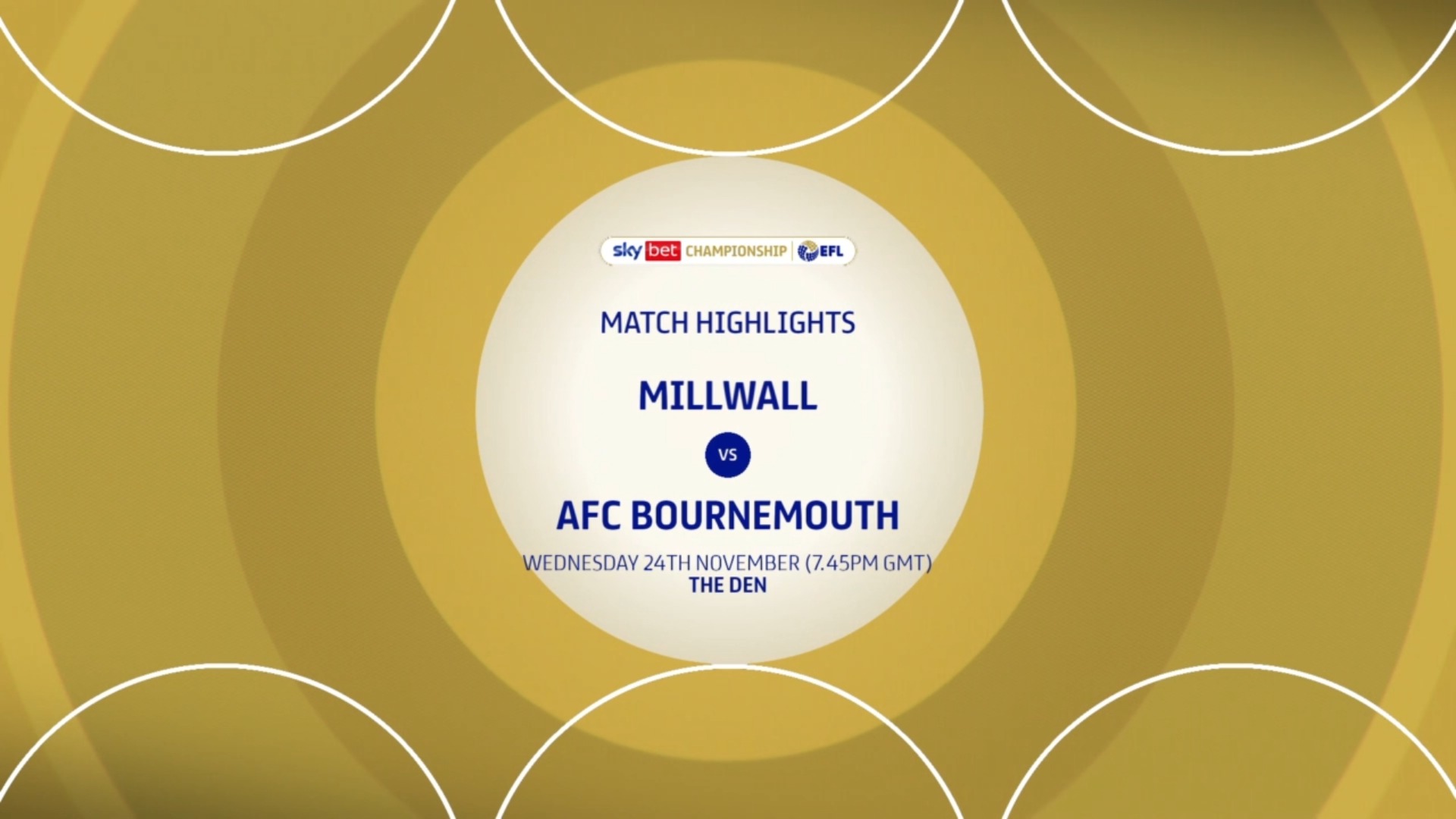 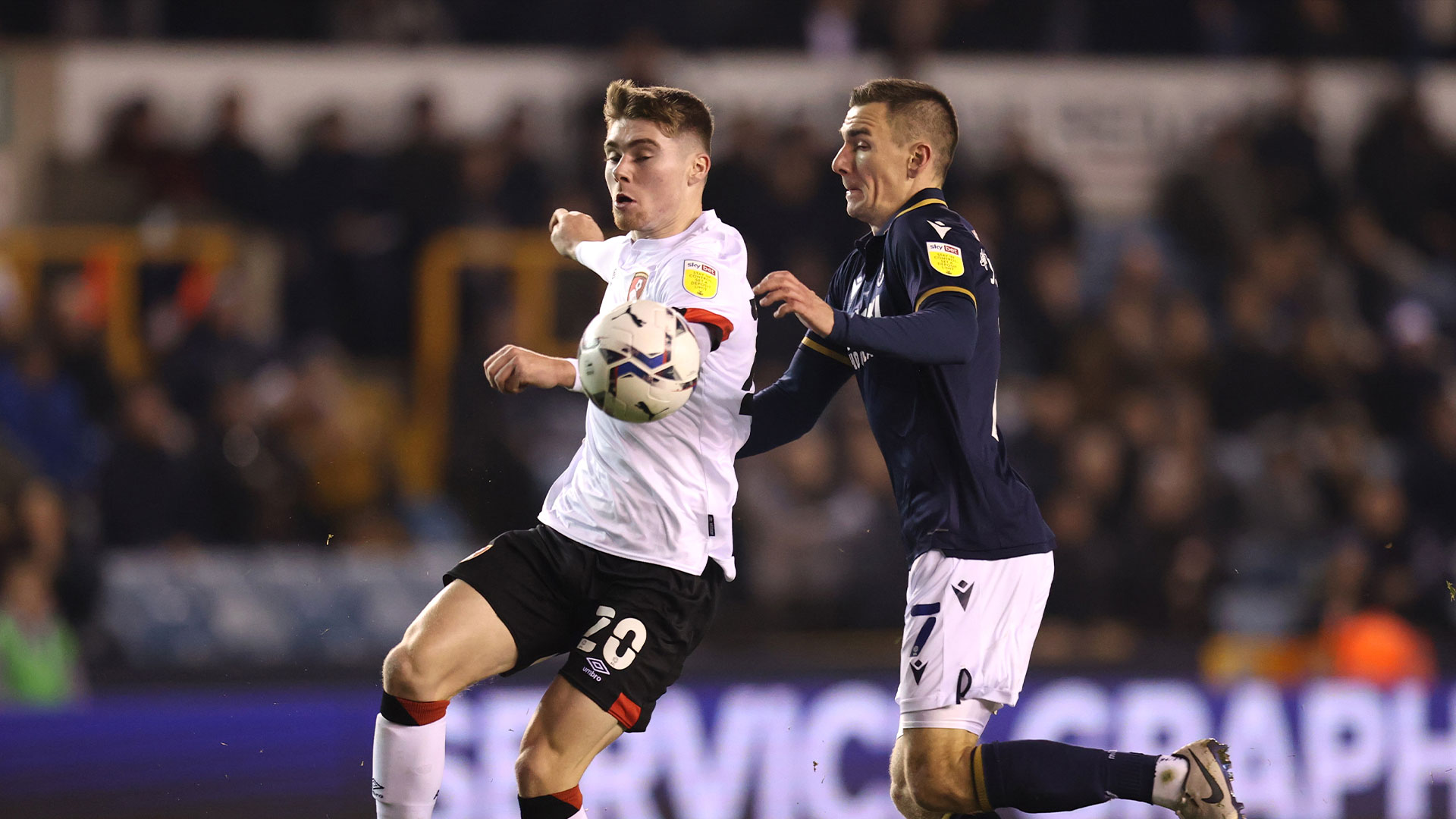