Millwall return to Sky Bet Championship action on Saturday afternoon as The Lions make the journey to Middlesbrough (kick-off 3pm).

Gary Rowett's side signed off before the final international break of 2021 with a 1-1 draw at home to Derby County and will be seeking a third win in four away matches at the Riverside Stadium. They will, however, come up against a Boro outfit buoyed by the arrival of Chris Wilder.

The fitness of Murray Wallace, George Evans and Billy Mitchell will be assessed prior to kick-off, whilst Shaun Hutchinson should return to the squad following his absence against The Rams due to illness. Everyone else is available to Rowett, with the likes of Danny McNamara, Sheyi Ojo, Matt Smith and Tom Bradshaw pushing for starts should the boss opt to change his XI from last time out.

If you aren't making the long journey north, then Audio Match Passes are available to purchase on iFollow, meaning you can listen to live match commentary from the North East. International subscribers can watch all the action on iFollow, meanwhile.

If you are making the journey and need something to pass the time - let's face it, it's a long one! - or perhaps you need to fill your hours before kick-off, then a raft of episodes of Wall Talk, Millwall Football Club's official podcast, are available to listen to here.

Middlesbrough and Millwall drew 1-1 at the Riverside Stadium in the Sky Bet Championship on Saturday afternoon.

Matt Crooks scored the first goal of the Chris Wilder era on 15 minutes, but Sol Bamba's own-goal levelled the scores on 27 minutes.

Backed by a strong crowd, Boro started on the front foot and fashioned a chance in the very first minute, but Bartosz Bialkowski was equal to Duncan Watmore's attempt.

Paddy McNair was the next to have a go at goal, but he was denied by an expert challenge from the returning Shaun Hutchinson, before Marc Bola tested Bialkowski to no avail.

On 15 minutes, however, the opening goal was scored as Watmore's deflected cross looped into the air, allowing Crooks a simple header home at the back post to put the hosts in front.

Not content with the opener, Andraz Sporar then worked Bialkowski once more shortly after the goal, only for the stopper to save and Crooks to head wide, with the tricky Watmore the next to have an effort in a dominant spell for hosts - Bialkowski equal once more.

The Lions then levelled the scoring in controversial circumstances just before the half-hour mark. After the referee decided not to go with his linesman and give a foul to Middlesbrough at one end of the field, Millwall were able to break down the other end and find a route to goal through Benik Afobe. His shot was saved by Luke Daniels, but the ball then bounced across the line via the legs of Bamba.

Bialkowski was yet again involved as Middlesbrough looked to regain the advantage through Marcus Tavenier and Bola, but the Pole was on top, with Billy Mitchell having the final chance of a crazy half as he fired towards goal, only to find his effort blocked and his looping header on the rebound dropping onto the top of the net.

The Lions had a couple of half-chances in the opening stages of the second-half, but a combination of Afobe and Jed Wallace were unable to test Daniels. Bialkowski, on the other hand, lived up to expectations once again with 54 minutes on the clock, as the goalkeeper expertly tipped a powerful Tavernier effort over the crossbar.

Bola fired wide and Afobe failed to gain a clean connection on the ball as both sides probed for a winner in a much-less eventful second period, but after Middlesbrough substitute Onel Hernandez had two bites of the cherry in the latter stages - Scott Malone blocking both - the golden chance fell to goalscorer Crooks.

However, after Bamba's flick-on left him one-on-one with Bialkowski, he sliced his effort horribly - but fortunately, to Millwall's minds - wide.

With seven minutes of stoppage-time in the first-half and three more at the end, 100 minutes of football were played on Teesside, but both sides could only find the net once, settling for a draw.

Millwall travel to Middlesbrough in the Sky Bet Championship on Saturday 20th November (kick-off 3pm) - and tickets are now on sale to season ticket holders and members.

Tickets will go off sale at 2pm on Friday 19th November. We have an initial allocation of 770 tickets.

COACH TRAVEL: Coaches will leave The Den at 7.30am. Coach tickets are priced at £30. These can be purchased by season ticket holders and members in person at the Ticket Office, online at millwalltickets.com or via the call centre on 0844 826 2004 and selecting option 2. All coaches operate a strict no-alcohol policy. No coach refunds. 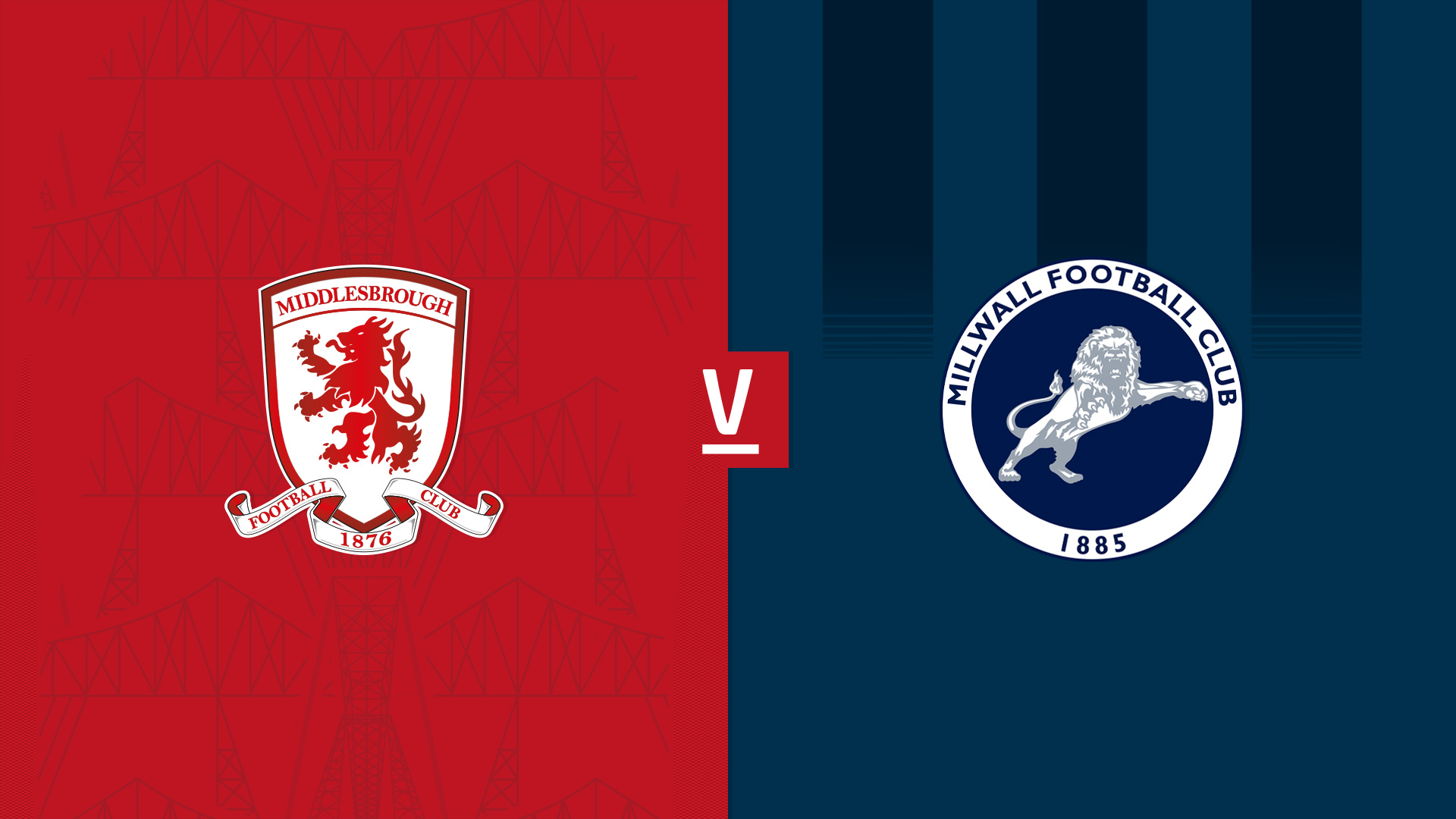 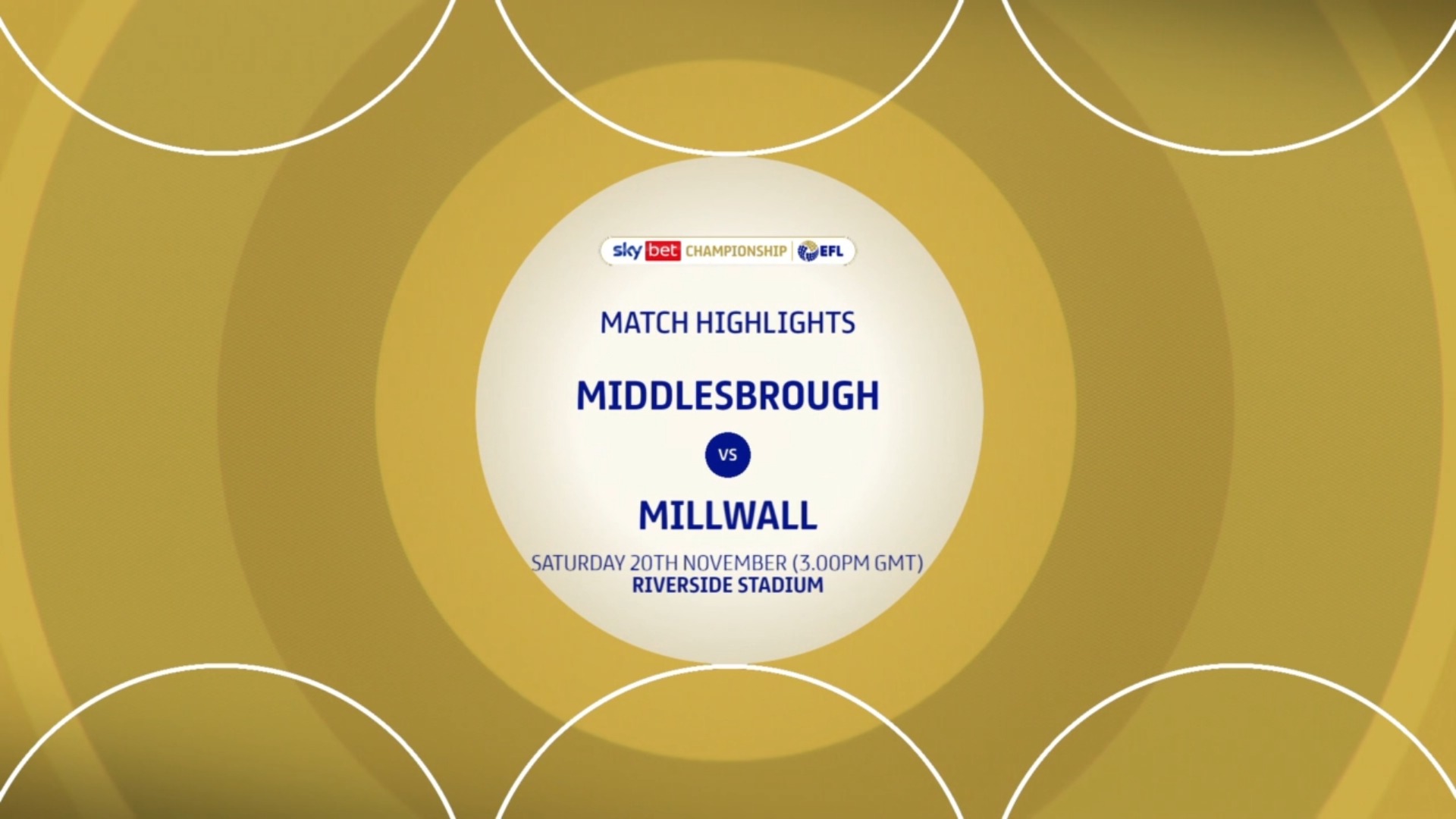