Millwall take on Nottingham Forest in the Sky Bet Championship on Saturday afternoon at The Den (kick-off 3pm).

The Lions return to League action in SE16 for the first time since 4th December this weekend, and will look to bounce back from a 3-2 defeat to Bristol City last time out. They are, however, defending a five-match unbeaten record in The Championship at home.

Gary Rowett's team selection will depend on fitness and injury, with names such as Maikel Kieftenbeld, Nana Boateng, Matt Smith, Mason Bennett and Tyler Burey, who all came off the bench during last weekend's Emirates FA Cup tie, in the mix should the manager decide to switch things up. The fitness of George Saville, who went off injured last Saturday, meanwhile, will be assessed before kick-off.

Tickets for Saturday's game will be on sale up until kick-off, but if you are unable to make it, then full match commentary will be available on iFollow Millwall by purchasing an Audio Match Pass. International subscribers will be able to watch all the action on iFollow.

Supporters attending Saturday's fixture are reminded of the need to show COVID-19 vaccination certification or proof of a negative lateral flow test to gain access to the stadium. Click here for full details.

Saturday's matchday programme sees Danny McNamara adorn the front cover and is on sale around the ground and online for just £3. For more information, click here.

The SE16 Bar will have a DJ present pre-match to crank up the atmosphere, whilst if you're looking for more things to occupy yourself with before kick-off, then Rowett, Tom Bradshaw and Benik Afobe have all spoken to millwallfc.co.uk this week - click the relevant links for more.

Millwall were defeated 1-0 by Nottingham Forest in the Sky Bet Championship on Saturday afternoon.

Lewis Grabban bundled the ball into the net from close range in second-half stoppage-time to end a run of five League matches unbeaten in SE16.

Lions boss Gary Rowett made two changes to the side defeated in last weekend's Emirates FA Cup Third Round tie, as Murray Wallace and George Evans returned to the side in place of injured duo Alex Pearce and George Saville.

Ben Thompson and Connor Mahoney, meanwhile, returned to the bench.

There was a chance for The Lions with under 10 seconds played, but after Scott Malone dispossesed Djed Spence and crossed, the ball was too long for the run of Benik Afobe.

A minute later, Afobe powered down the left-hand side and charged towards goal, but his powerful effort was tipped wide by Brice Samba. The Lions were slicing through Forest's defence in the early stages and fashioned another opportunity with just six minutes on the clock, but after Afobe skipped past James Garner, Malone's shot fizzed wide.

There were 11 minutes elapsed when Tom Bradshaw, fresh from signing a new long-term contract in SE16, brought the ball down on the right-hand side and sent in a wonderfully inviting cross for Malone at the back post, but a duo of Forest defenders were able to scramble the ball behind.

Half chances for Sheyi Ojo and Bradshaw came and went as The Lions' dominance continued into the midway point of the half, with Forest's first effort on goal - from Keinan Davis on 24 minutes - comfortably collected by Bartosz Bialkowski. Ojo's delightful cross at the other end was nodded back across goal by Danny McNamara before being cleared moments later, before Evans' rebound cannoned off the back of a visiting defender and bounced clear.

Bradshaw had to be withdrawn shortly before the half-hour mark through injury - Mason Bennett his replacement - but for all of The Lions' positive play, it was the visitors who had the best chance of the half on 43 minutes as Bialkowski had to be alert to stop Ryan Yates' goalbound attempt. Brennan Johnson then struck straight at the stopper as the half came to a close.

In stoppage-time there were a couple of chances in addition for Forest, but a combination of McNamara, Bialkowski and Murray Wallace managed to keep Millwall's sheet clean as the visitors finished the half the stronger.

Thompson made a return to the starting XI at half-time as he replaced Ojo - who took a knock late in the first-half - with Jake Cooper having to stop Davis in full flow as the second-half got underway, turning the ball behind for a corner-kick which The Lions dealt with.

Bennett's determination won him the ball with 54 minutes played but his cross was turned behind by Steve Cook, with the resulting corner bouncing around in front of goal before Murray Wallace's goal-bound poke was deflected over just yards out.

Thompson then picked the ball up on the edge of the area and drove towards the by-line, but his low cross was gathered by Brice Samba with Afobe waiting at the back post. Cook tried his luck from range for The Tricky Trees on the hour-mark but his attempt rolled wide, with more persistence from Bennett leading to a Millwall chance on 69 minutes, but his cut-back was scuffed towards goal by Thompson and stopped.

Johnson's cross was flicked towards goal by Grabban and saved by Bialkowski as the game began to open up at either end, with Davis then firing into the side-netting with 17 minutes remaining.

With just over 10 minutes to play, The Lions lived dangerously as two Ryan Yates attempts were cleared off the line, before Grabban's header from inside the six-yard box was expertly tipped away by Bialkowski. Afobe then brilliantly turned his marker and drove towards goal but found Samba blocking his strike, with the striker presented with the ball at his feet with four minutes to play, but after Malone's free-kick was spilled by Samba, Afobe blazed his effort over.

The drama wasn't over there, however - Johnson's teasing cross had to be turned behind by Shaun Hutchinson as Grabban waited for a tap-in at the back post, before Yates hooked the ball over from the corner that followed.

It looked as though The Lions would take a late lead as, in the 89th minute, Bennett once again showed promise down the right-hand side before finding Afobe with an inch-perfect cross, but a smart save from Samba kept the sheet clean. Malone then troubled the goalkeeper with a cross, but Samba gathered the ball on the line.

However, a minute into stoppage-time, the visitors sealed all three points as Grabban bundled the ball home from close range.

Millwall welcome Nottingham Forest to The Den in the Sky Bet Championship on Saturday 15th January (kick-off 3pm) - and tickets are now on general sale.

Tickets in Blocks 27, 28, 29 and 30 will be available to season ticket holders and members ONLY. 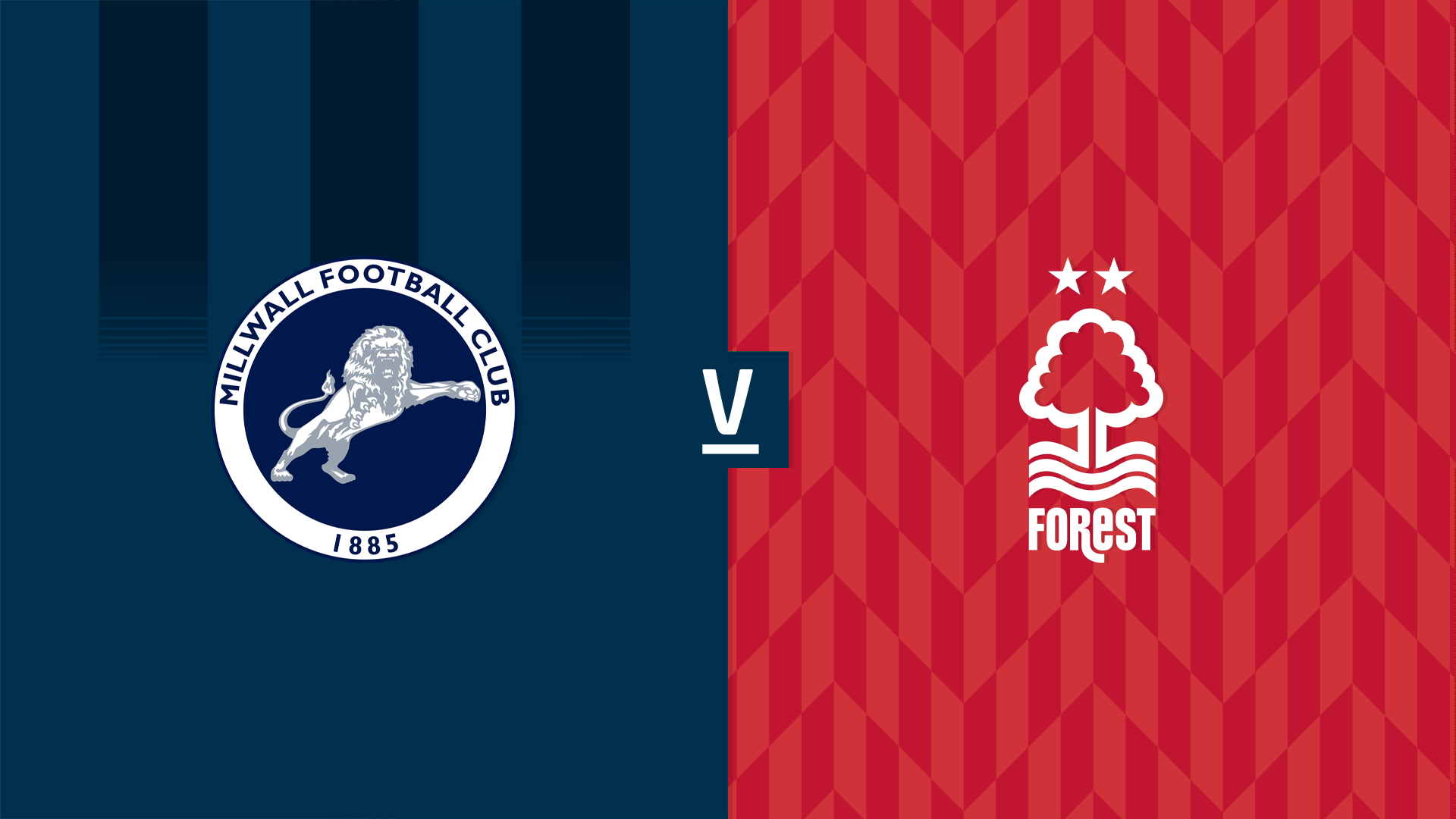 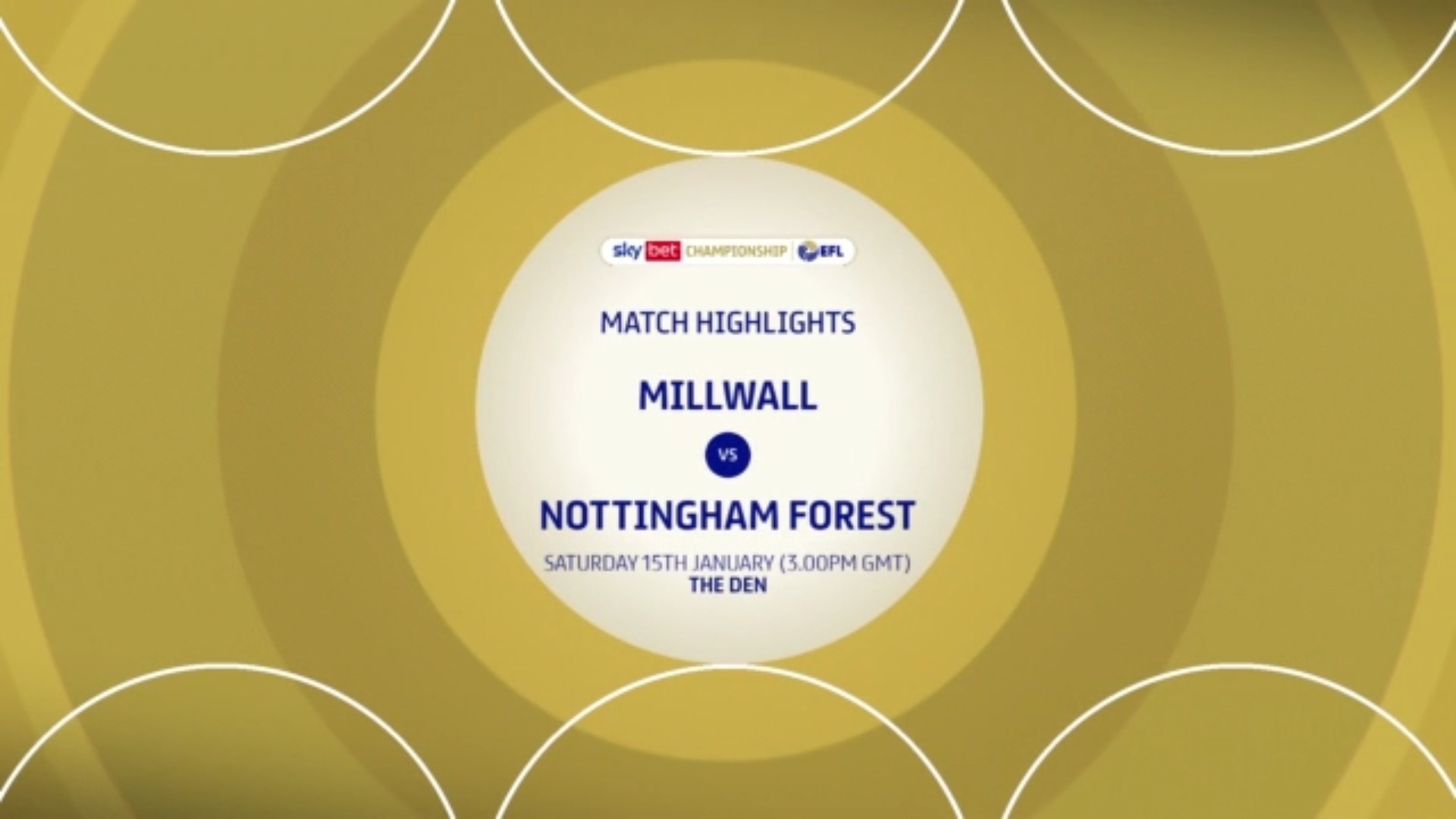