Millwall begin 2022 with a trip to Bristol City in the Sky Bet Championship on Sunday afternoon (kick-off 1pm).

The Lions signed off 2021 with a 1-0 success at Coventry City on Wednesday night, and will now look to register back-to-back away victories as they head west.

Gary Rowett named a depleted squad for the journey to the Coventry Building Society Arena, but the manager should have George Evans back from a positive COVID-19 test. Jed Wallace remains a doubt through injury, whilst it remains to be seen whether the Academy trio of Nana Boateng, Besart Topalloj and Zak Lovelace - who became the club's second-youngest player in its history against The Sky Blues - will feature once again.

Millwall will be backed by just under 900 fans in the west country, with supporters who purchased in the 24-hour window between 30th-31st December advised to head to the away turnstiles to collect their tickets.

If you are unable to make the trip, however, then for £10, you can watch all the action from Ashton Gate with an iFollow Match Pass. Click here for more details and to purchase yours.

If you need something to fill your time before kick-off, then listen to Tom Bradshaw's interview after the striker claimed the match-winner on Wednesday night, with all episodes of Wall Talk, Millwall Football Club's official podcast, available here!

Millwall were defeated 3-2 by Bristol City in the Sky Bet Championship on Sunday afternoon at Ashton Gate.

Tom Bradshaw's fifth goal in five matches and a Benik Afobe penalty-kick turned the game on its head after The Lions fell one behind in BS3, but an Andreas Weimann hat-trick secured all three points for The Robins.

Gary Rowett made one enforced change from the side which defeated Coventry City on Wednesday night, as Benik Afobe came into the starting XI at the expense of Mason Bennett, who missed out through illness.

The Lions were also only able to name just six substitutes on the bench, with Academy pair Nana Boateng and Zak Lovelace amongst them.

An opportunity presented itself to The Lions with just three minutes on the clock, but as Alex Pearce's lofted free-kick caused the ball to bounce around in the penalty area, Bristol City goalkeeper Max O'Leary was able to claim.

Four minutes later, however, The Lions found themselves behind as Weimann was able to capitalise on some slack defending and a weak clearance from Bartosz Bialkowski to strike home from outside the area.

Afobe looked to run onto a through-ball as the clock struck 10 minutes, but his touch was heavy and allowed O'Leary to gather, before a passage of passing play saw Billy Mitchell strike from distance, but his attempt sailed over.

Bialkowski had to save from Antoine Semenyo as the attacker shook off the close attentions of Shaun Hutchinson to strike on the 20-minute mark, and that was to prove pivotal as The Lions were to equalise three minutes later, as Bradshaw nodded home a superb Murray Wallace cross for his fifth consecutive goal.

On 29 minutes, the turnaround was complete as The Lions were able to nudge themselves in front after the attacking power of Afobe won Millwall a penalty-kick - Ryley Towler hacking down the frontman as he advanced into the box. Afobe picked himself up to send O'Leary the wrong way and put Millwall into the lead.

The Lions were picking the ball up in the midfield and creating chances as the first-half wore on, with the next falling at the feet of Murray Wallace six minutes from the break, but after cutting inside, his right-footed curler went wide of O'Leary's far post. There was one final chance for Bristol City in stoppage-time, but Ayman Benarous' shot from outside the box was wild and failed to trouble Bialkowski. At the other end, meanwhile, Hutchinson met a George Saville corner with his head on the edge of the six-yard box, but it was straight at O'Leary.

Bialkowski was called into action with just three minutes played in the second-half as the stopper saved well from City goalscorer Weimann, who struck at goal from inside the area, before The Lions were able to clear the resulting danger.

Billy Mitchell's effort on goal whistled just over the crossbar on 58 minutes, before a short spell of pressure from The Robins ended with Alex Scott scuffing an attempt into the arms of Bialkowski. Bristol City substitute Han-Noah Massengo then drilled a low shot into the diving goalkeeper, before a delightful pass from Danny McNamara found the run of Afobe, but solid defending from Cameron Pring prevented the attacker from getting a shot on goal.

With 17 minutes to play, however, came the equaliser as Weimann was able to turn a cross home from Massengo and find the back of the net.

With both sides probing for a potential winner, Millwall were able to win back possession with six minutes to play, but failure from Saville to spot the unmarked Afobe inside the area meant The Lions could not get a shot away. Just seconds later, The Robins were to take a late lead as Weimann completed his hat-trick after turning a rebound home from the edge of the six-yard box following a block from the combination of Bialkowski and McNamara on the line.

Bradshaw's dipping header rippled the side-netting with 90 seconds to play as Millwall looked to get themsevles back into proceedings once again, but they were unable to find an equaliser in four minutes of stoppage-time, slipping to defeat.

Millwall open up 2022 with a visit to Bristol City on Sunday 2nd January (kick-off 1pm) - and tickets for the trip to Ashton Gate are now on sale to season ticket holders and members.

Under 12 tickets need to be purchased with an adult/senior ticket. Tickets will go off sale at 1pm on Friday 24th December. We have an initial allocation of 1,493 tickets.

COACH TRAVEL: Coaches will leave The Den at 8am. Coach tickets are priced at £24. These can be purchased by season ticket holders and members in person at the Ticket Office, online at millwalltickets.com or via the call centre on 0844 826 2004 and selecting option 2. All coaches operate a strict no-alcohol policy. No coach refunds.

* By phone on 0844 826 2004 and selecting option 2 between the hours of 9.30am-5pm Monday-Thursday and 9.30am-4pm on Fridays (calls to this number will cost 7p per minute from your BT landline. Calls from other networks may vary and from mobiles will be considerably more. Booking fees apply) 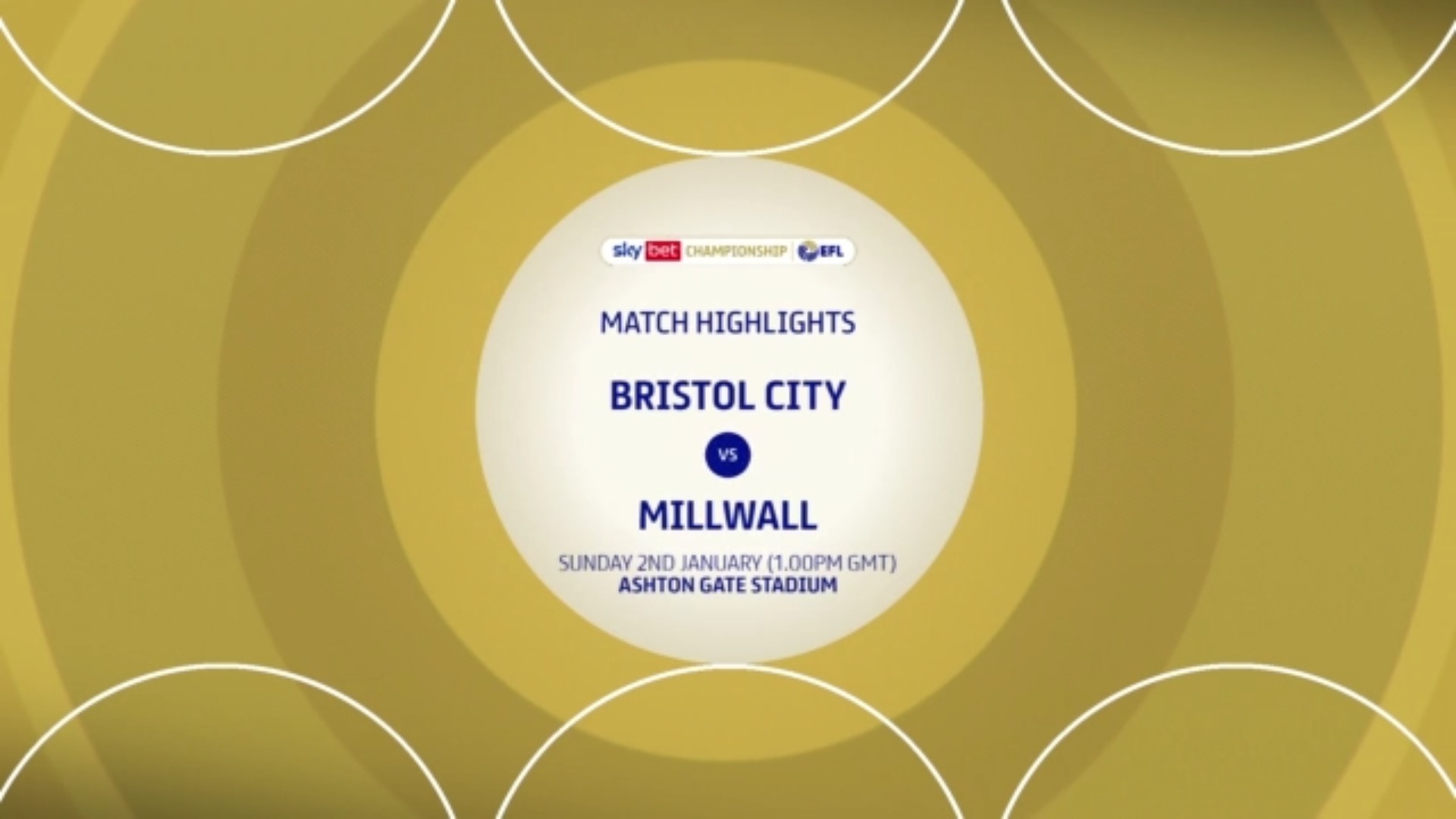 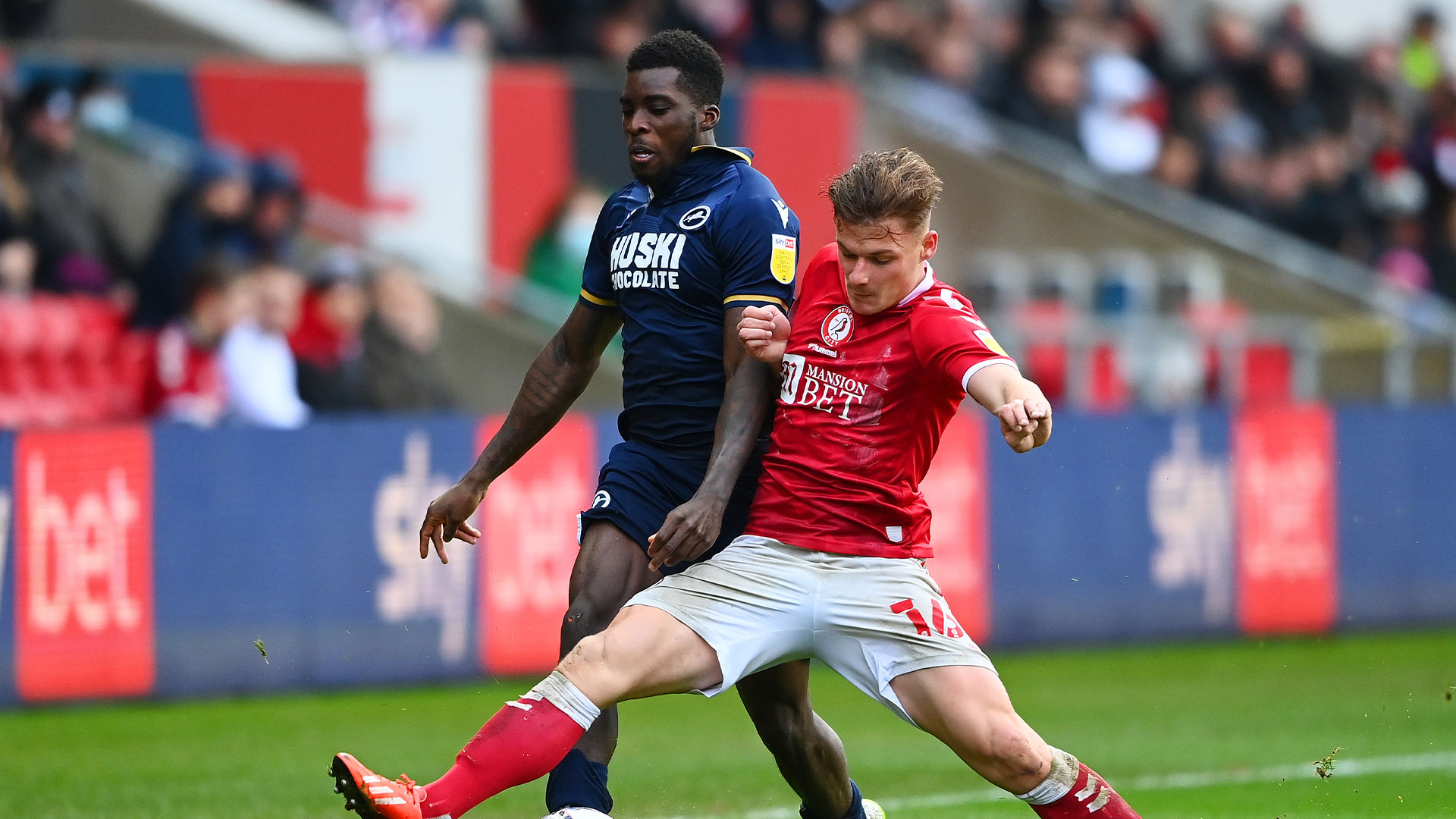