Millwall return to Sky Bet Championship action at The Den on Saturday afternoon as The Lions take on Sheffield United (kick-off 3pm).

Goals from Jed Wallace and Tyler Burey saw Gary Rowett's side register a third straight win at Derby County on Wednesday night, but they now face one of the other form sides in the division in Paul Heckingbottom's Blades.

The manager may opt to name the same XI that performed well at Pride Park, but the likes of Daniel Ballard, George Evans and Connor Mahoney, who all started on the bench in midweek, could come into the boss' thinking if he chooses to make changes.

This Saturday will see the club commemorate its annual 'Jimmy's Day'. For full details on the rundown of the day, click here. Also, a special edition matchday programme is on sale here.

Tickets for this weekend's game are on general sale and will remain so up until kick-off. If you are unable to make it to The Den, however, then full match commentary will be available on iFollow Millwall, whilst international subscribers will be able to watch all the action from SE16. Click here for all the information you need.

Pre-match entertainment comes from The Molotovs, who will be performing at the SE16 Bus Stop Band Stand before kick-off, but if you're looking for something else, then Mason Bennett and Jake Cooper both spoke to millwallfc.co.uk following Wednesday's win - click the relevant links to view their interviews.

The defender found the net against The Blades once again to secure a fourth successive win for The Lions.

Gary Rowett opted to keep the same starting XI from Wednesday night's 2-1 victory over Derby County, with the only change coming on the bench as Benik Afobe returned from injury to take the place of Tyrese Briscoe.

The first chance of the game took just 14 seconds to arrive, but Oli McBurnie's effort from the edge of the penalty area failed to trouble Bartosz Bialkowski.

After a period of jostling for attacking movement, Mason Bennett had to withdraw just 15 minutes in through injury, with George Evans replacing him - and with The Blades seemingly gaining the upper hand by forcing The Lions into their own half for long periods around the 20-minute mark, that came to an end when Oli Norwood blazed over from the edge of the box on the volley.

In a game devoid of clear-cut chances, Jed Wallace whipped an inviting free-kick into the box just before the half-hour point, but no touch could take the ball towards goal. The best opportunity of the afternoon to date came on 35 minutes and went the way of The Blades, but John Egan's header was collected by the grasp of Bialkowski.

Intelligent play from Jed Wallace saw the attacker create a one-two with Danny McNamara six minutes from the break before crossing, but despite a number of players rushing towards the ball six yards out, the United defence were able to clear. Jed then found his namesake, Murray, with a free-kick just before the half-time whistle, but the Scot looped a header wide.

With five minutes played in the second-half, Jack Robinson's cross-shot quickly looked to deceive Bialkowski, but the Pole was able to scramble back and tip the ball over for a corner-kick. With the decibel levels inside The Den raising a few notches, McNamara's effort then almost caught out Wes Foderingham, with George Saville's rebound going across the face of goal without a decisive touch.

Just after the hour-mark, however, The Lions were able to nod themselves - quite literally - in front as Cooper powerfully met a free-kick at the back post to open the scoring.

That goal was to have consequences, though, as Shaun Hutchinson became the second Millwall player to withdraw through injury amongst the celebrations, being replaced by the returning Daniel Ballard.

Billy Sharp ballooned an attempt high and wide as The Blades looked to get back into the game from there, with Bialkowski having to be brave in rushing off his line with just under 10 minutes to go as the stopper smothered any close-range attempts from Sheffield United substitute Morgan Gibbs-White.

Zak Lovelace replaced Burey - to a standing ovation - for his first game in a Millwall shirt at The Den in the 90th minute, and with four minutes of stoppage-time negotiated, The Lions claimed victory.

Millwall take on Sheffield United in the Sky Bet Championship at The Den on Saturday 26th February (kick-off 3pm) - and tickets are now on general sale.

Hospitality for this fixture is on sale now! For further details and to purchase, click here. 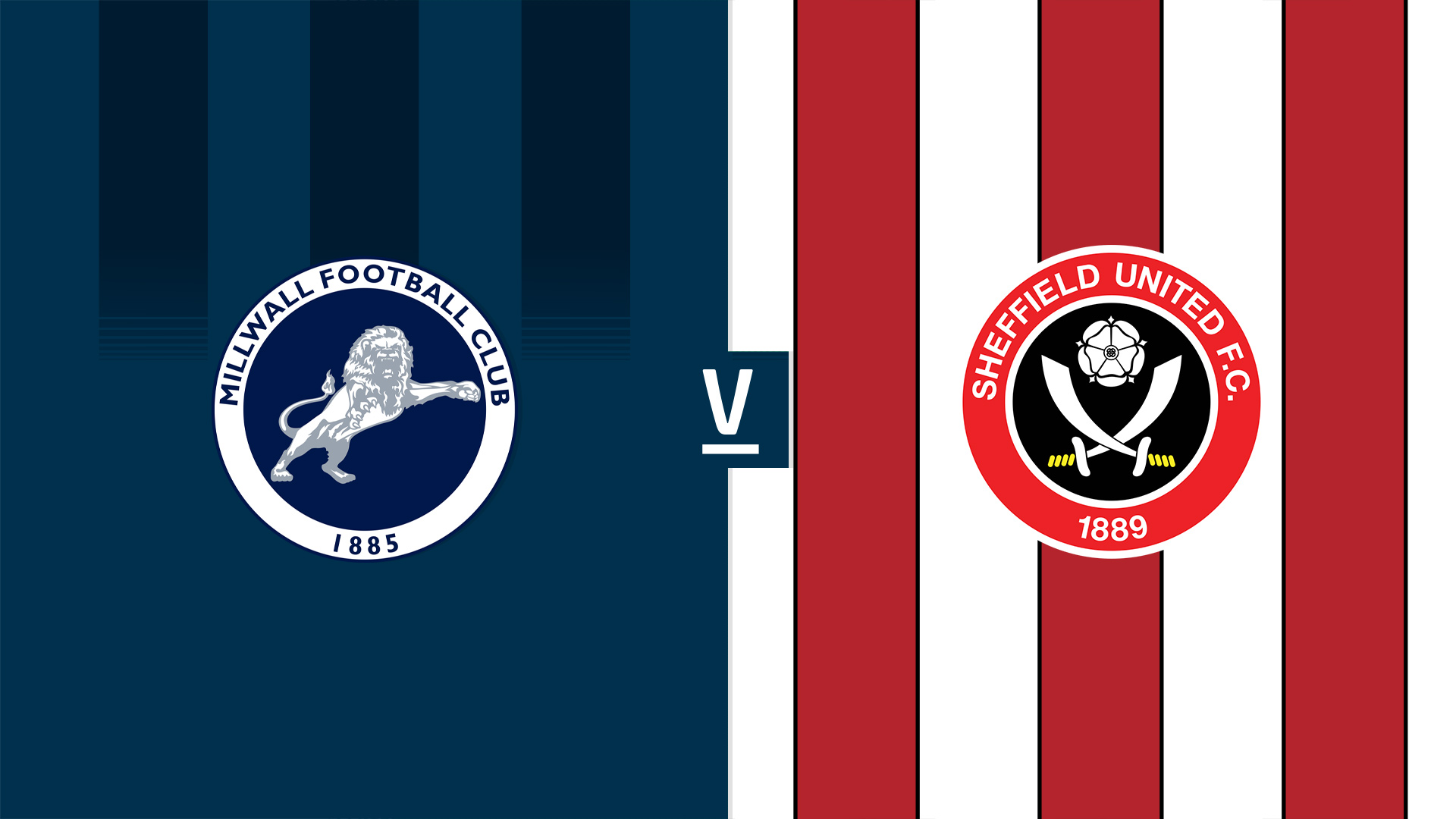 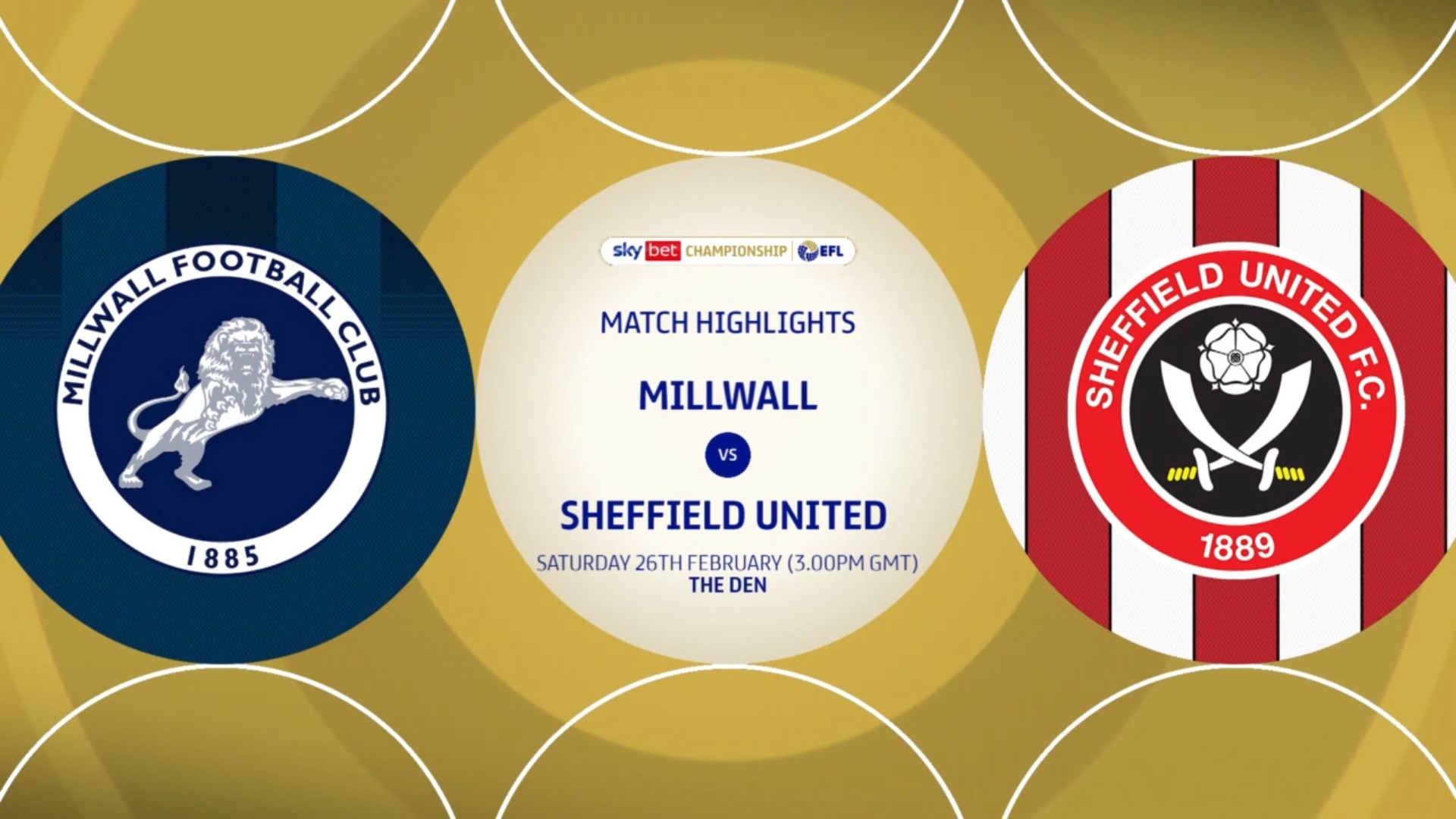