After Saturday's postponed fixture at Blackburn Rovers, The Lions head into the midweek meeting with rest under their belts and will go in search of a third consecutive victory as they take on Wayne Rooney's Rams.

Again, however, Gary Rowett will be without a number of players for the journey to Pride Park. Ryan Leonard, Tom Bradshaw, Sheyi Ojo, Oliver Burke, Luke Freeman and Benik Afobe have now been joined by Maikel Kieftenbeld on the sidelines after the Dutchman was ruled out with a hamstring injury before last weekend's cancelled game.

Tyler Burey was set for his first start at Ewood Park and could retain his place, whilst Daniel Ballard was also set for a place on the bench as he looked to continue his recovery from a long-term injury.

There will be a period of applause before kick-off as Derby County honour the life of former coach and caretaker manager, Billy McEwan. The Rams will also be wearing black armbands throughout the game.

Just over 500 fans will back the boys in Derbyshire, but if you are unable to make it, then you can watch all the action with a Video Match Pass. Costing just £10, click here for more details and to purchase.

There's plenty in the way of pre-match build-up - Rowett, Bartosz Bialkowski and Billy Mitchell all spoke to millwallfc.co.uk at Calmont Road earlier this week, whilst the latest episode of Wall Talk, Millwall Football Club's official podcast, with Marc Bircham can be downloaded here!

Jed Wallace gave The Lions the lead in just the second minute, before Tyler Burey scored for the second consecutive game on the half-hour mark to double the advantage.

Jake Cooper sliced a Colin-Kazim Richards cross into his own goal to reduce the arrears two minutes from time, but Millwall were able to hold on and claim all threee points and a third successive victory.

Gary Rowett opted to name the squad that was scheduled to take on Blackburn Rovers on Saturday afternoon, meaning George Saville and Burey came in for the injured Maikel Kieftenbeld and Oliver Burke, with Daniel Ballard, Zak Lovelace and Under 23s striker Tyrese Briscoe on the bench.

The game was barely more than 60 seconds old when the scoring was opened, as Jed Wallace's free-kick from the left-hand side evaded everyone before nestling into the back of the net, sparking wild celebrations amongst the travelling Lions fans.

Millwall continued on the front foot following that goal, with both Burey and Jed Wallace mounting attacks, whilst at the other end, Danny McNamara defended well as The Rams looked to restore parity.

Max Bird, Lee Buchanan and Louie Sibley all tried their luck as the half wore on, but on 24 minutes, The Lions' advantage should have doubled as Burey was played in by Jed Wallace, but he struck over from close-range.

Six minutes later, however, Burey received his reward as he showed anticipation to pounce on a loose ball and slam home Millwall's second and his second consecutive strike after fantastic work down the left-hand side from Mason Bennett.

Bartosz Bialkowski then had to save from Festy Ebosele as Derby looked to find a way back into the game, with Bennett wasting a chance to make it three at the other end shortly after as he shot tamely at Ryan Allsop.

Luke Plange had the first effort of the second-half, which began a large period of The Lions having to soak up large spells of Derby pressure in their search to force the ball over the line. However, Bialkowski remained largely untested - Nathan Byrne's free-kick, which hit the side-netting, the closest The Rams could come.

Jed Wallace went for goal from distance and Ravel Morrison nodded a Curtis Davies cross over as the minutes ticked on, with Bialkowski called into action eight minutes from time as he clawed away a corner from under his own crossbar.

With two minutes to play, though, Derby were able to halve the deficit as Cooper sliced a Kazim-Richards cross into his own goal, but The Lions were able to negotiate an extremely tricky period of injury-time to claim all three points.

Millwall visit Derby County in the Sky Bet Championship on Wednesday 23rd February (kick-off 7.45pm) - and tickets for the trip to Pride Park are now on sale to season ticket holders and members.

Under 13 tickets need to be purchased with an adult/senior ticket.

Tickets will go off sale at 2pm on Tuesday 22nd February. We have an initial allocation of 1,093 tickets.

COACH TRAVEL: Coaches will leave The Den at 3pm. Coach tickets are priced at £26. These can be purchased by season ticket holders and members in person at the Ticket Office, online at millwalltickets.com or via the call centre on 0207 231 9999 and selecting option 1. All coaches operate a strict no-alcohol policy. No coach refunds. 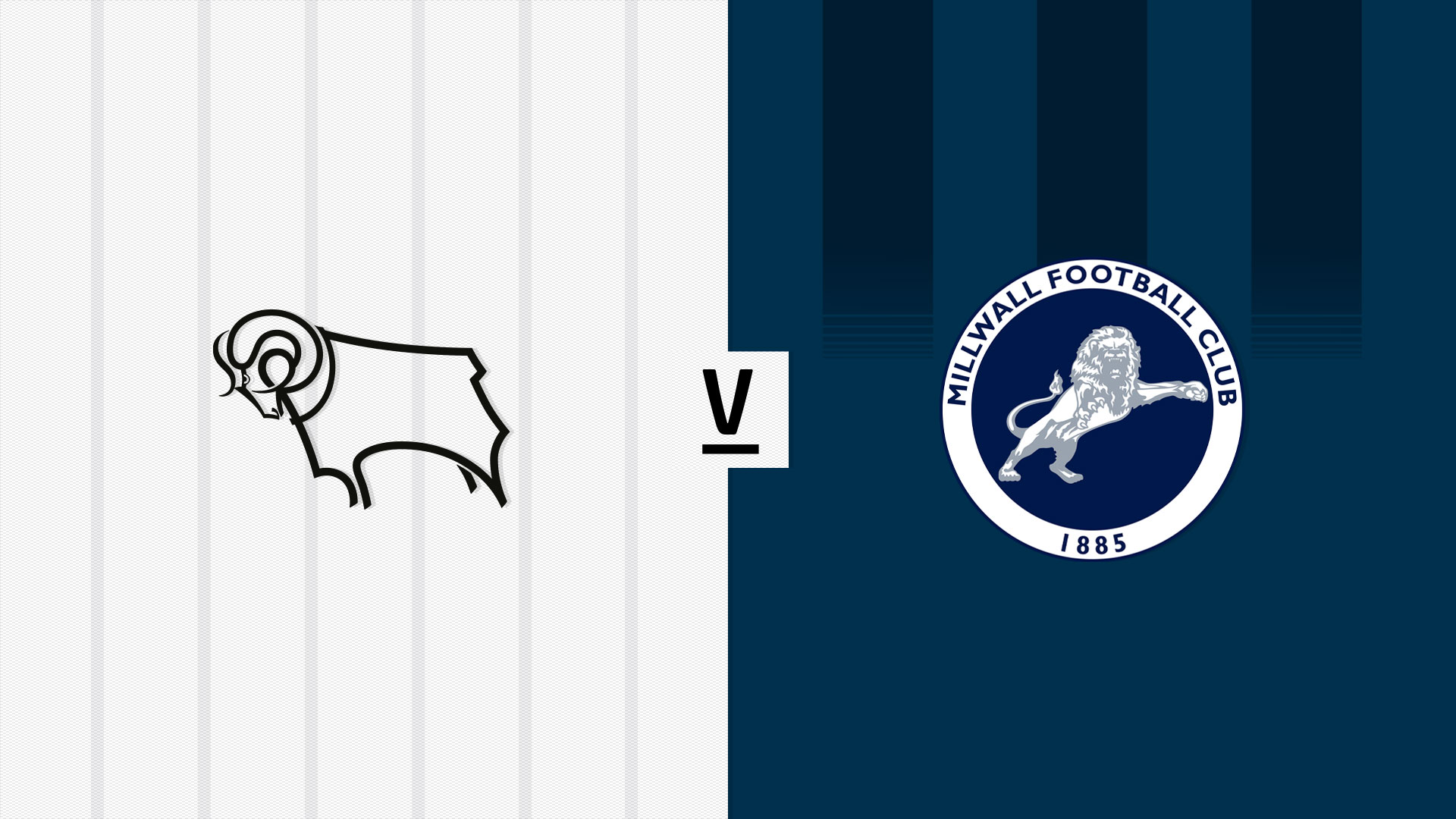 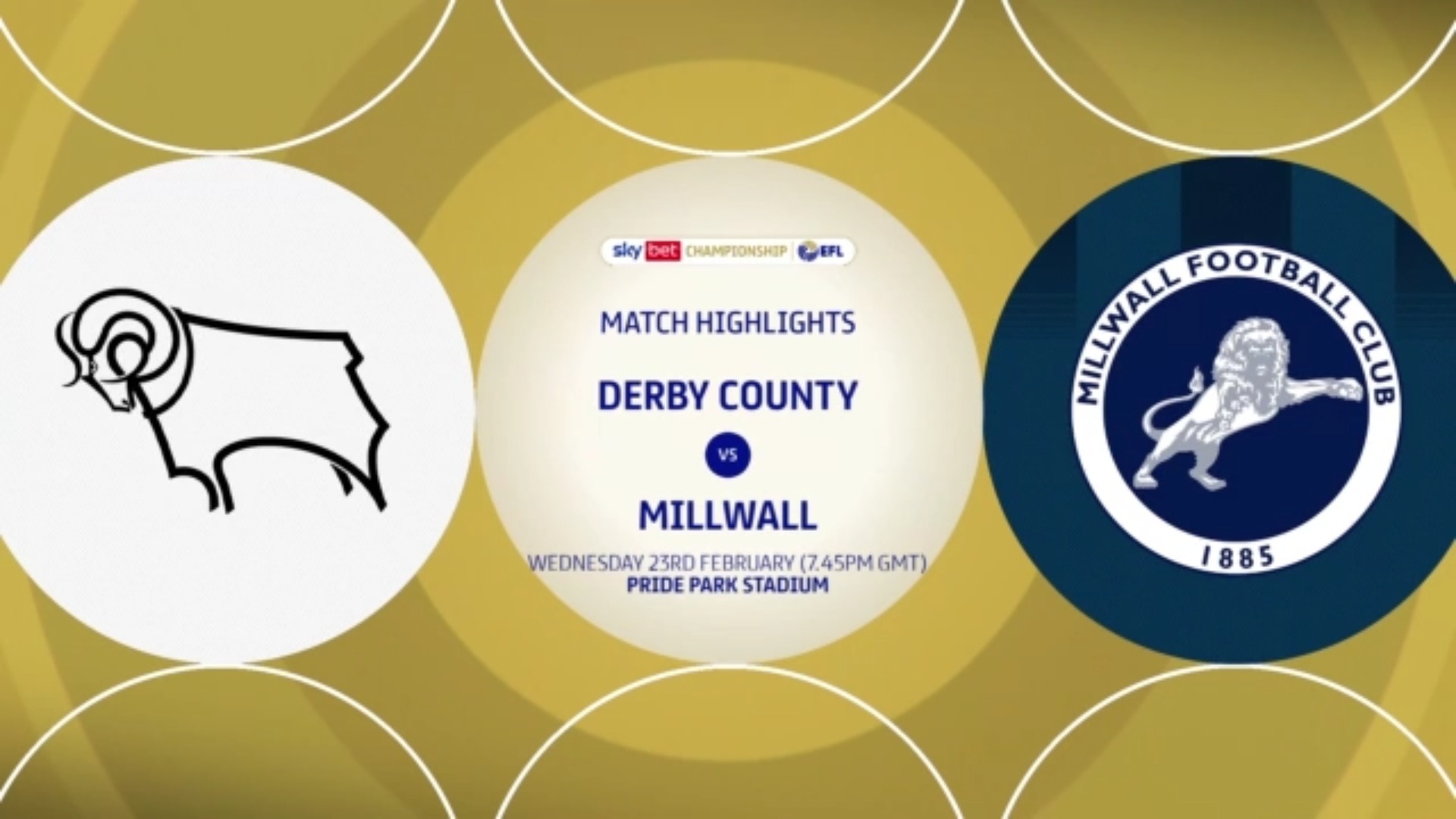 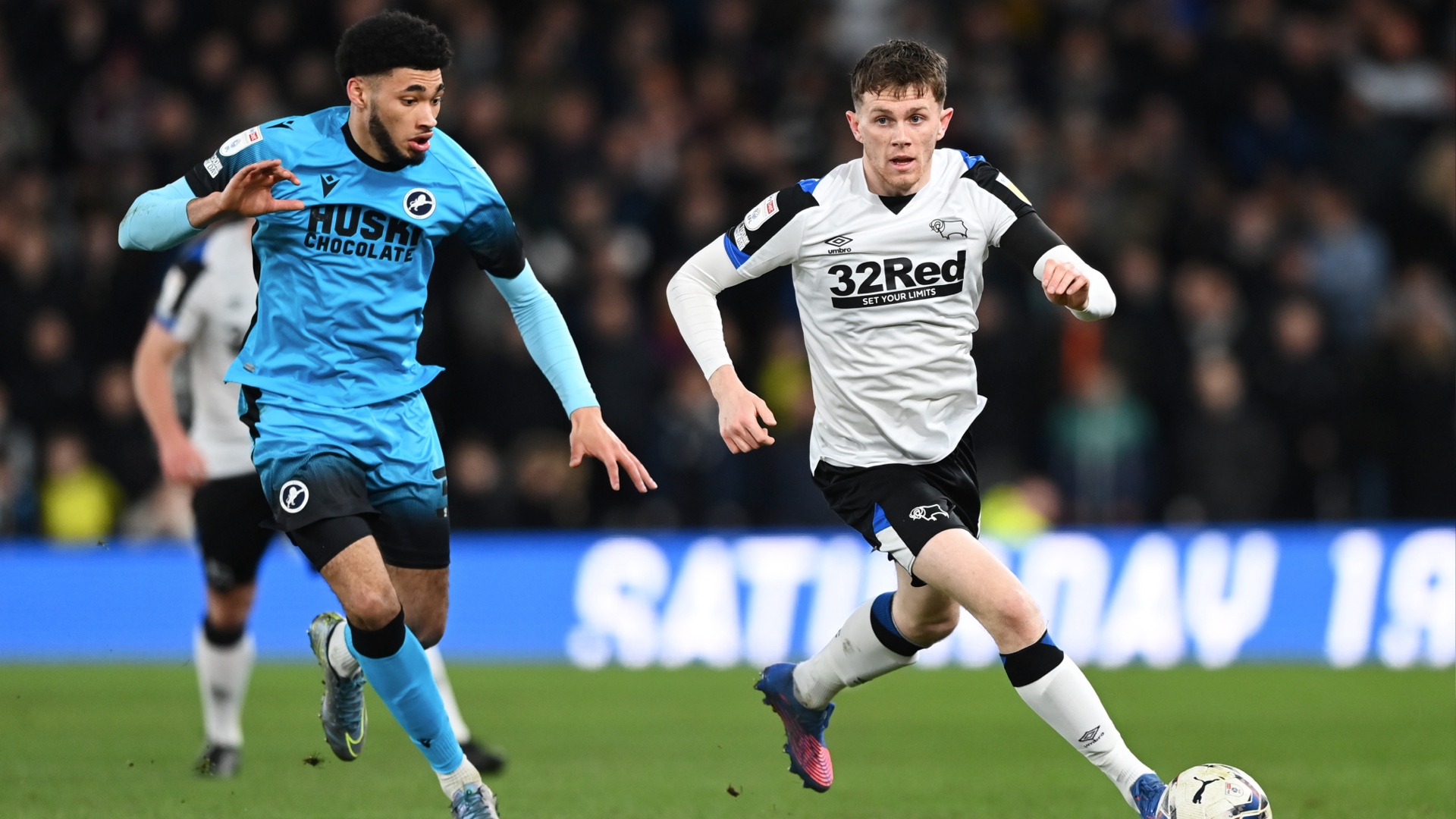