The Lions head for the Weston Homes Stadium on the back of a good performance and result against Birmingham City last time out, and will now hope to keep in touch with the division's top six with three more points against The Posh.

Gary Rowett will be without Daniel Ballard, Ryan Leonard and Connor Mahoney for the trip, whilst the likes of Danny McNamara, George Evans and Tom Bradshaw have impressed when selected recently and may keep their place.

Peterborough United have issued the following advice to travelling fans this weekend:

Millwall's allocation for the fixture is SOLD OUT - a total of 2,356 supporters will be backing the boys from the away end, and you can hear Billy Mitchell's thoughts on that figure, plus a host of other things, by clicking here.

Pre-match, Lions supporters will be welcomed at the following pubs: The Drapers, The College Arms, The Sir Henry Royce and Charters.

If you are not able to make it to the game, then full match commentary will be available on iFollow Millwall by purchasing an Audio Match Pass. International subscribers can watch the action from Peterborough by purchasing a Match Pass.

Millwall were defeated 2-1 by Peterborough United in the Sky Bet Championship on Saturday afternoon.

Tom Bradshaw's fifth goal in seven matches came in the 16th minute, but Jonson Clarke-Harris stepped off the bench to win the game with a double in four minutes for the hosts.

The first opportunity came as early as the second minute and went the way of the hosts, but Jack Taylor sent an effort over the crossbar.

Harrison Burrows and Sammie Szmodics then combined to test Bartosz Bialkowski in the early going, before The Lions' first attempt saw Evans balloon an effort well over.

Dan Butler had to withdraw through injury with just 11 minutes on the clock, with Millwall taking the lead five minutes later as Jed Wallace controlled Scott Malone's pass and crossed for Bradshaw, who struck home to open the scoring.

From there, however, Peterborough looked the more likely to register on the scoresheet, with Szmodics at the apex of every attack, but a combination of Bialkowski and a stoic Millwall defence kept the sheet clean. At the other end, The Lions were attempting to muster chances to score a second, but could only find the grasp of goalkeeper Dai Cornell from Bradshaw's header.

Bialkowski had to tip over from Jorge Grant as the second-half got underway, but it was the introduction of Clarke-Harris which tipped the game in Peterborough's balance. After arriving onto the field in the 56th minute, the attacker then went on to score a quick-fire double - in four minutes - to turn the game on its head and give The Posh all three points.

First, the striker bundled the ball home to equalise on 64 minutes, before he was in the right place at the right time to tap home the winner with 68 minutes on the clock.

Dai Cornell had to keep out Bradshaw's effort as The Lions looked for a way back into the game, but despite a treble substitution of Mason Bennett, Matt Smith and Sheyi Ojo, Millwall could not find an equaliser, slipping to defeat at the Weston Homes Stadium.

Millwall travel to Peterborough United in the Sky Bet Championship on Saturday 11th December (kick-off 3pm) - and The Lions' allocation of 2,356 tickets has now SOLD OUT.

Please note that the Weston Homes Stadium is cashless.

COACH TRAVEL: Coaches will leave The Den at 10.30am. Coach tickets are priced at £21. These can be purchased by season ticket holders and members in person at the Ticket Office, online at millwalltickets.com or via the call centre on 0844 826 2004 and selecting option 2. All coaches operate a strict no-alcohol policy. No coach refunds. 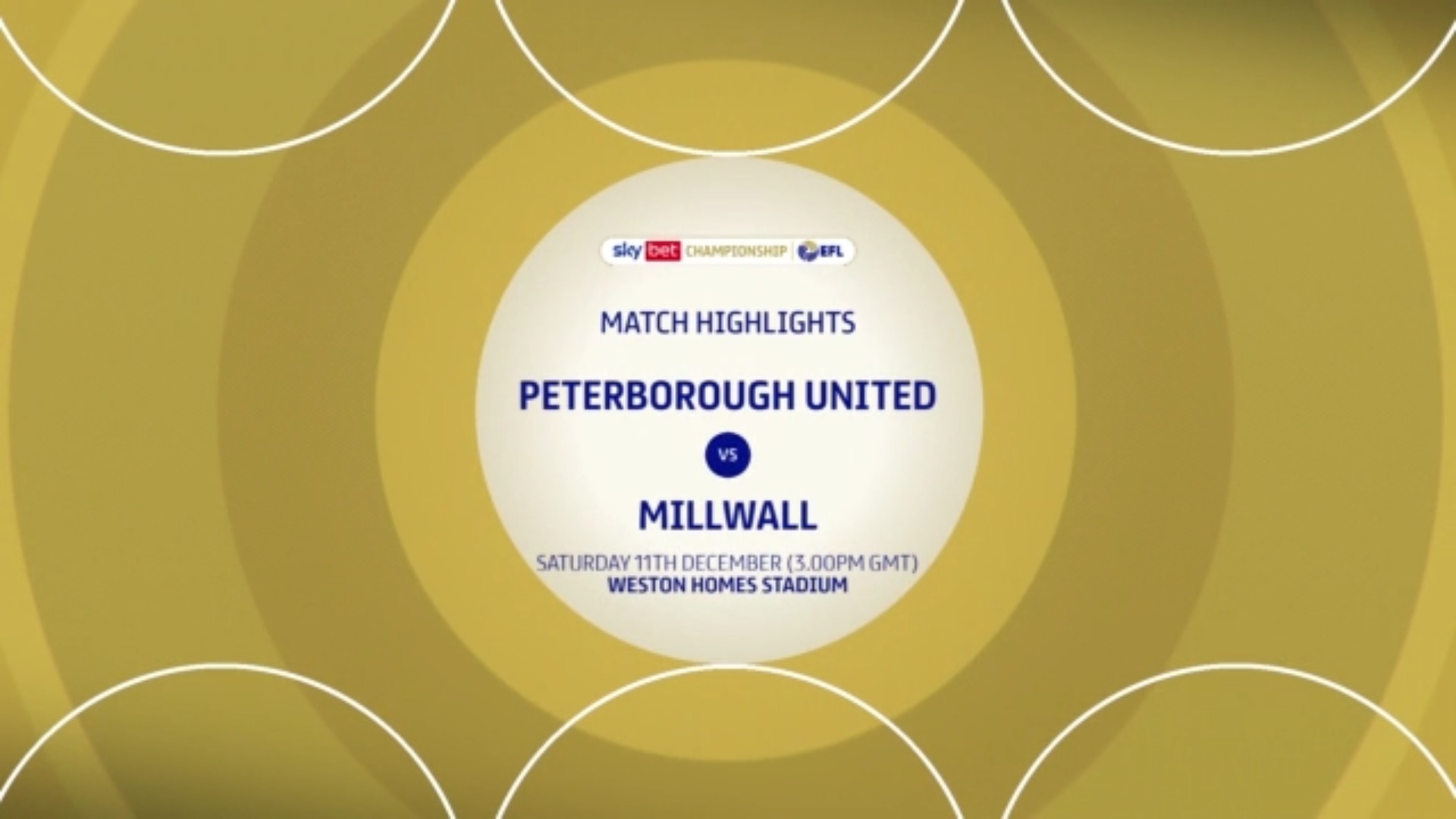 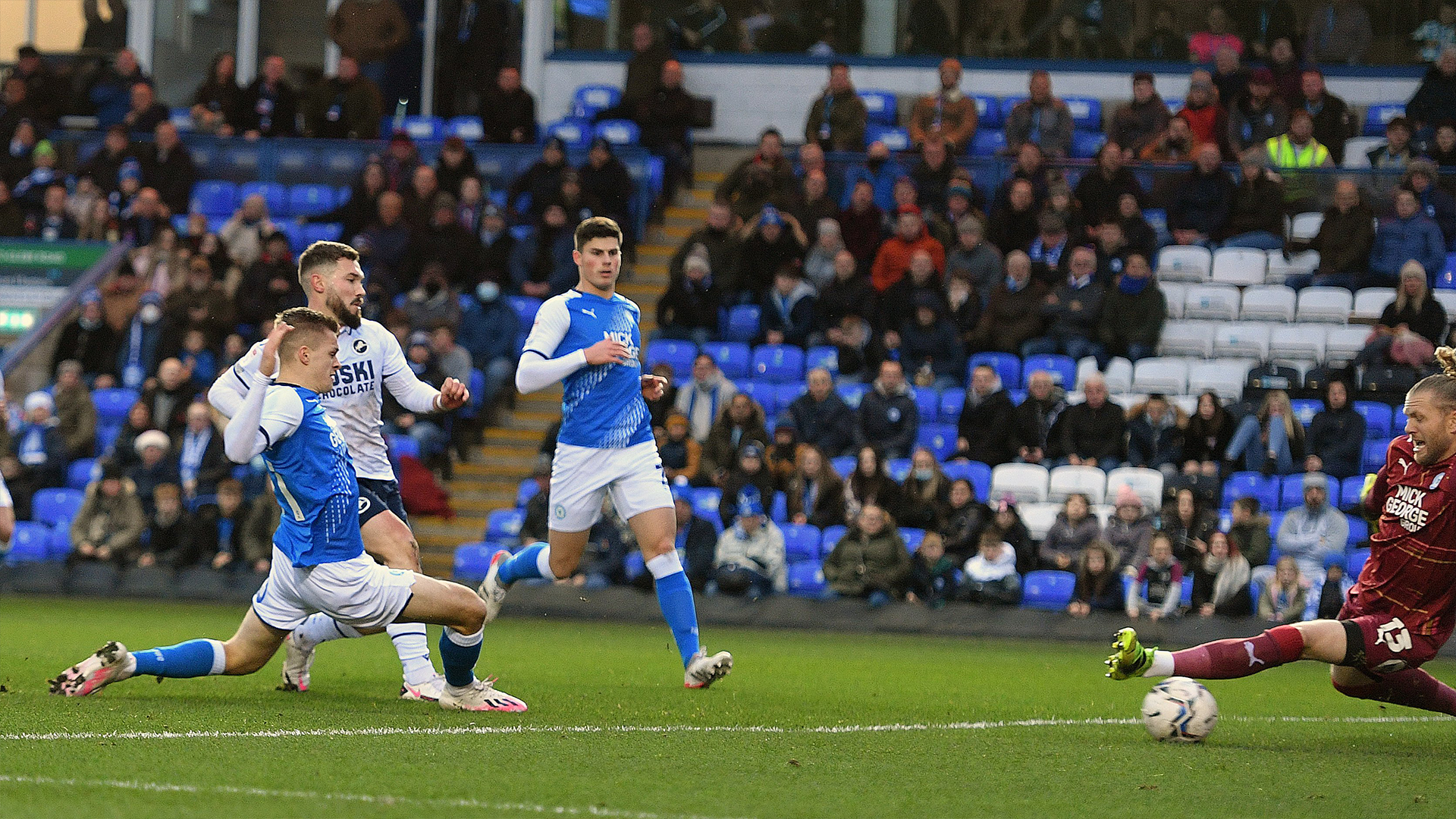