Gary Rowett's side head for the Coventry Building Society Arena in threadbare nature, with only 14 players eligible for selection. The manager's starting XI may pick itself, whilst it remains to be seen who will take their place on the substitute's bench.

They will be looking to get back to winning ways following a 2-1 defeat to Peterborough United last time out and sign off 2021 on a high before 2022 opens up with a trip to Bristol City on Sunday 2nd January.

Season ticket holders and members can now pay on the day in Coventry, but if you are unable to make the trip to the Midlands, then full match commentary will be available on iFollow for UK-based subscribers. International subscribers can watch the action on iFollow. Click here for full details.

Supporters attending Wednesday's fixture are reminded of the need to show their COVID-19 vaccination certification or a negative lateral flow test before entry to the stadium will be permitted.

There's plenty of pre-match entertainment to listen to in the build-up to kick-off with Wall Talk, Millwall Football Club's official podcast. Click here to download every episode!

Tom Bradshaw scored the winner as a depleted Millwall picked up a 1-0 victory at Coventry City in the Sky Bet Championship on Wednesday night.

Although The Lions' squad was ravaged by injury and COVID-19, they were not deterred and managed to secure three priceless points with Bradshaw's fourth consecutive strike.

Gary Rowett was able to select a relatively strong starting XI for the trip to the Coventry Building Society Arena, with Alex Pearce, George Saville, Sheyi Ojo and Mason Bennett drafted in, whilst the boss named Under 23s players Nana Boateng and Besart Topalloj on the bench, whilst Under 18s striker Zak Lovelace also took his place among the substitutes.

Both sides began the evening looking to play on the front foot and find the opening goal, but neither goalkeeper was tested until the 21st minute, when Bartosz Bialkowski had to pull off a smart save from Callum O'Hare, who struck from the edge of the area after the ball sat up nicely for him. Tyler Walker's rebound was deflected wide, before Dom Hyam's bicycle-kick from the resulting corner-kick went over the crossbar.

The Sky Blues continued to probe for the opener as the half-hour mark came and went, particularly through the typically impressive O'Hare, but The Lions' defence remained firm and prevented Bialkowski from being troubled. A cross found the head of Walker on 37 minutes, but he nodded over.

The first Millwall effort on goal came with seven minutes to play until the half-time break, but Shaun Hutchinson headed Ojo's free-kick wide of the post. Murray Wallace then set his sights on goal three minutes later, but his right-footed curler found the arms of Ben Wilson.

Saville poked wide at the beginning of the second-half, before The Lions won a free-kick which eventually landed at the feet of Jake Cooper, but he blazed over from just inside the penalty area. Bennett then glanced an Ojo free-kick wide as Millwall had the better of the opportunities in front of goal after the break,

At the other end, however, Bialkowski fumbled a Todd Kane cross, which Danny McNamara had to hack away to safety, before penalty appeals were waved away as O'Hare tumbled inside the box.

With 11 minutes to play, however, The Lions were able to take the lead as a free-kick was lofted into the box - the ball bounced around before Bradshaw showed a striker's instinct to control and fire home from close range to score in a fourth consecutive game.

Lovelace entered proceedings deep into injury-time to become Millwall's second-youngest player in the club's history, with referee Geoff Eltringham blowing his full-time whistle shortly after to cap a fantastic night for Rowett's men.

Millwall play their final game of 2021 at the Ricoh Arena on Wednesday 29th December as The Lions take on Coventry City in the Sky Bet Championship (kick-off 7.45pm) - and tickets are now on sale to season ticket holders and members.

Tickets will go off sale at 1pm on Friday 24th December. We have an allocation of 1,922 tickets.

COACH TRAVEL: Coaches will leave The Den at 3pm. Coach tickets are priced at £23. These can be purchased by season ticket holders and members in person at the Ticket Office, online at millwalltickets.com or via the call centre on 0844 826 2004 and selecting option 2. All coaches operate a strict no-alcohol policy. No coach refunds.

* By phone on 0844 826 2004 and selecting option 2 between the hours of 9.30am-5pm Monday-Thursday and 9.30am-4pm on Fridays (calls to this number will cost 7p per minute from your BT landline. Calls from other networks may vary and from mobiles will be considerably more. Booking fees apply) 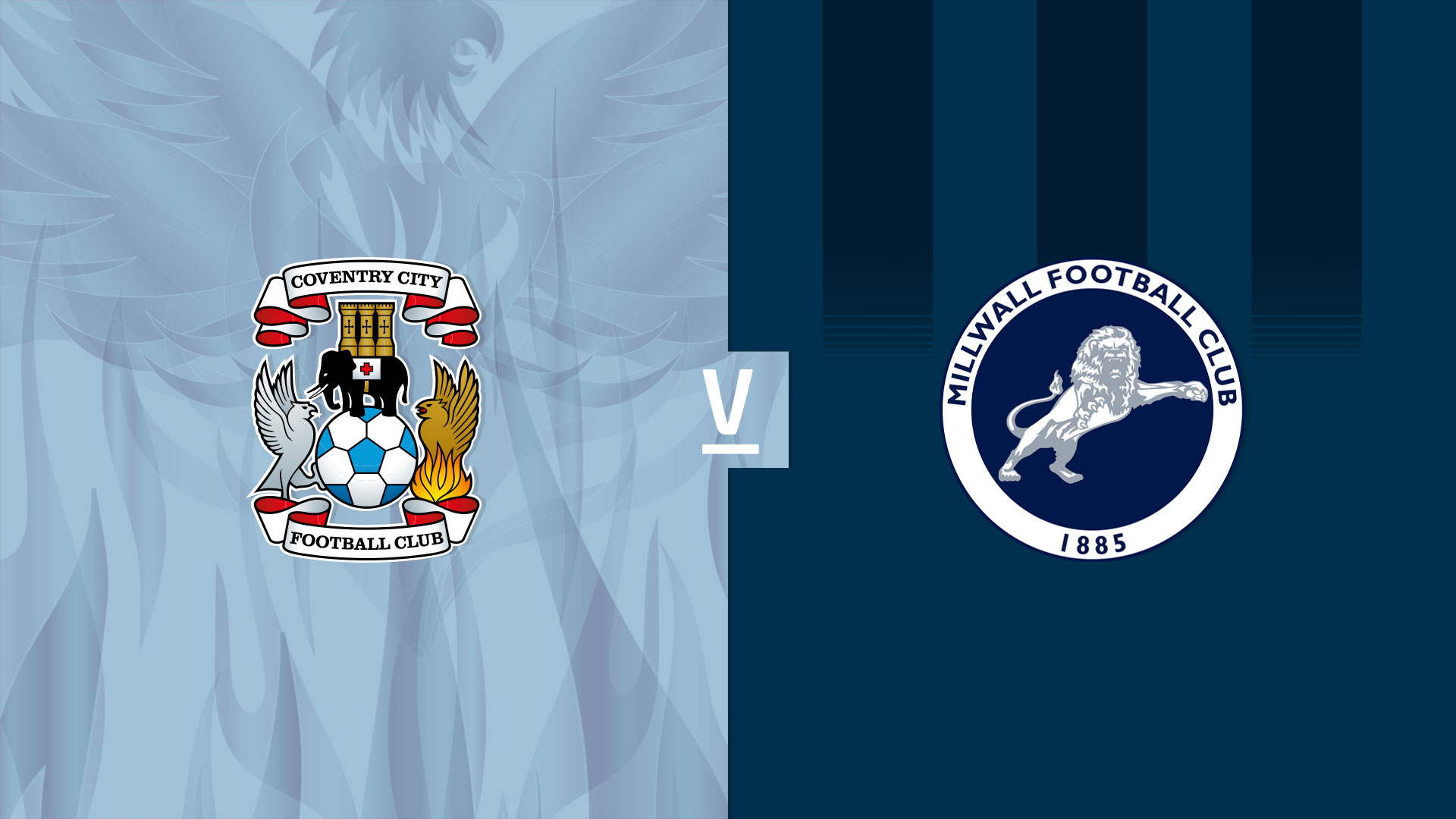 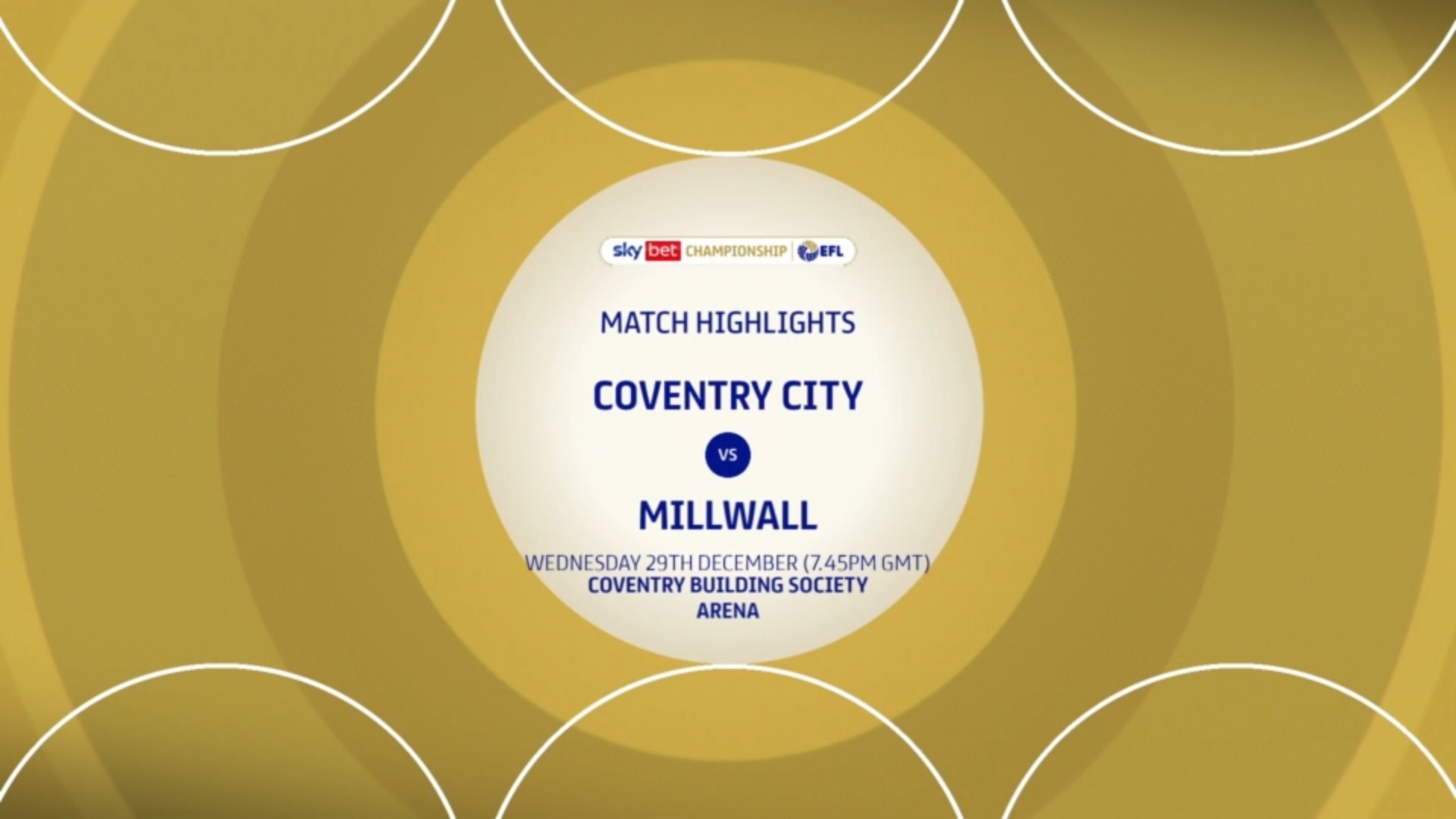 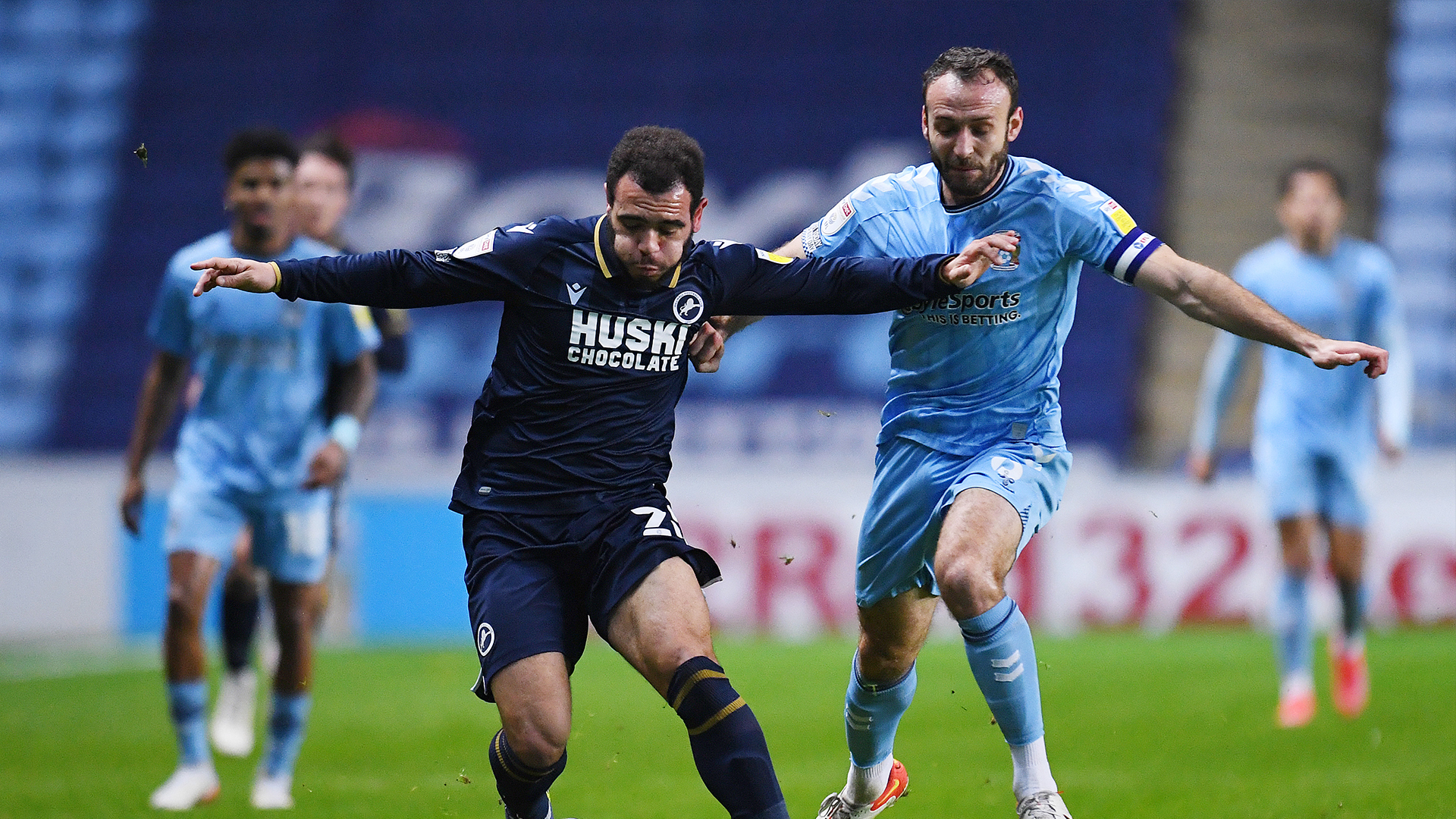