Millwall welcome Cambridge United to The Den for a Carabao Cup Second Round tie on Tuesday night (kick-off 7.45pm).

After The Lions defeated Portsmouth 2-1 and The U's dispatched Swindon Town on penalties in Round One, the two sides will now meet for a place in Round Three in SE16.

Gary Rowett may make changes for the visit of the Sky Bet League One side - should he choose to do so, then names such as George Long, Alex Pearce, Billy Mitchell, Connor Mahoney, Tom Bradshaw and Matt Smith could come into contention.

Tickets for Tuesday's game are on general sale, with supporters reminded that the tie will be decided by a penalty shooutout should the score be level after 90 minutes. Due to Carabao Cup regulations, live video coverage of the fixture will be unavailable in all markets. Audio Match Passes, however, are on sale here.

Tuesday's match programme is on sale here - and you can still take advantage of fantastic, discounted hospitality offers with an 1885 Club Platinum package!

Regretfully, Arry's Bar will be closed on Tuesday evening due to short staffing. The SE16 Bar, however, will be open.

Millwall advanced to Round Three of the Carabao Cup on Tuesday night with a 3-1 victory over Cambridge United at The Den.

George Williams opened the scoring for The U's in SE16, but two goals in three minutes from Murray Wallace, followed by a poacher's finish from Matt Smith after the break, earned The Lions a safe passage into the next round.

Gary Rowett opted to make numerous changes for the visit of The U's, including starts for the likes of George Long between the sticks, Ben Thompson, Tom Bradshaw and Alex Pearce.

There was also a place on the bench for Alex Mitchell.

After the game started as a midfield battle, the first chance came on seven minutes and went the way of Millwall, but Bradshaw's acrobatic kick struck the crossbar after Smith's knockdown from Billy Mitchell's cross.

The midfielder, playing at right-wing-back, was involved again three minutes as, after Cambridge failed to clear a corner-kick to safety, the ball broke to The Lions' number 24, but his goal-bound shot was deflected wide. A further corner followed in which the ball flew around the six-yard box, but The U's managed to scramble the ball away.

From there, the visitors managed to have a brief spell of attacking pressure, which The Lions rode with success, but on 33 minutes, Cambridge were able to take the lead after Williams ghosted in, completely unmarked, to head home the opener from a free-kick.

Connor Mahoney's corner then had to be clawed away by Dimitar Mitov from under his own crossbar as Millwall attempted to get back into the game, with Bradshaw heading George Evans' cross over from the follow-up.

Six minutes after The U's took the lead, The Lions managed to get back on level terms as Murray Wallace took the ball down on the left-hand side before cutting inside and striking a right-footed effort into the far corner from the edge of the penalty area.

Incredibly, three minutes later, Millwall managed to nudge themselves in front and from the boot of Murray Wallace once again, as the left-back pounced on a loose ball to fire home from close-range after a clutch of bodies attempted to turn home a Mahoney corner.

Connor Masterson caused Long momentary panic six minutes into the second-half as the two came together in the area following a Shilow Tracey cross, but the stopper managed to clear under pressure, before The Lions made it three on 54 minutes as Mahoney rode one challenge and twisted and turned inside the box before feeding Smith, who poked home from close-range.

Williams almost struck a Cambridge - and personal - second goal of the evening two minutes later as the skipper wrestled the ball away from Bradshaw before forcing a smart stop from Long - and the dream almost happened just before the hour-mark, but Murray Wallace crashed a header against the crossbar as The Lions hit the woodwork for the second time.

Jake Cooper nodded a Mahoney corner over the game entered its final quarter, with Long having to be on guard again with 69 minutes on the clock as a loose ball broke to Sam Smith inside the area - the stopper tipping the attempt wide. Just moments later, the goalkeeper once again had to pull off a strong save as Harvey Knibbs sprung the offside trap and advanced towards goal.

There were 13 minutes to play when Long was in action once more, adjusting well to save a deflected shot from just outside the area. Rowett then brought Alex Mitchell on for his debut with 10 minutes to play, replacing Daniel Ballard, and with no further action to report on, The Lions safely booked their place in Wednesday night's Third Round draw.

Millwall take on Cambridge United in the Second Round of the Carabao Cup at The Den on Tuesday 24th August (kick-off 7.45pm) - and tickets are now on general sale.

The Dockers Stand will not be open for this game.

Season ticket holders have up until 5pm on Thursday 19th August to claim their usual seat.

Brand new for the 2021/22 campaign, why not take advantage of The 1885 Club Platinum package, ensuring you can watch The Lions with the best seats in the house: 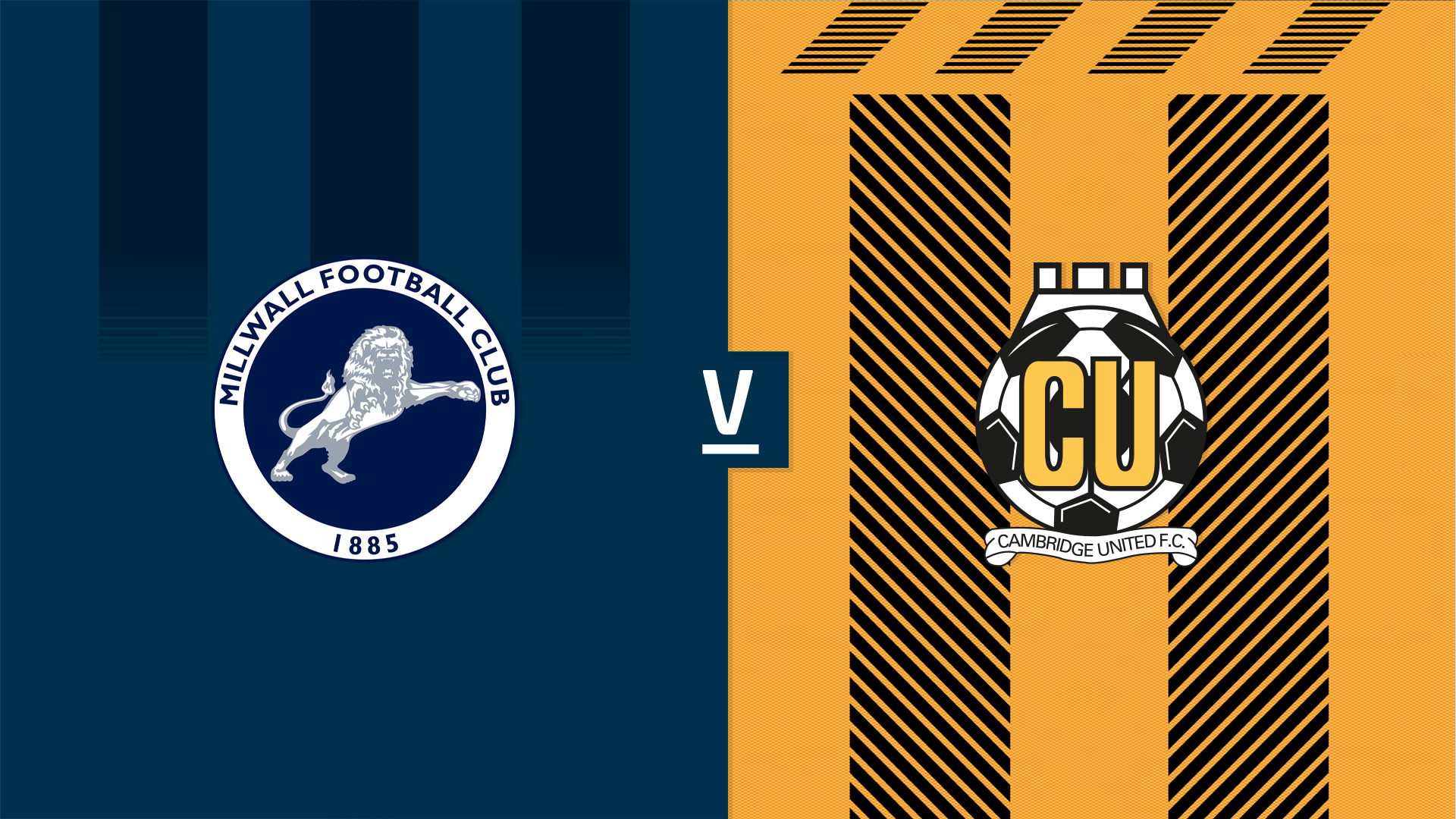 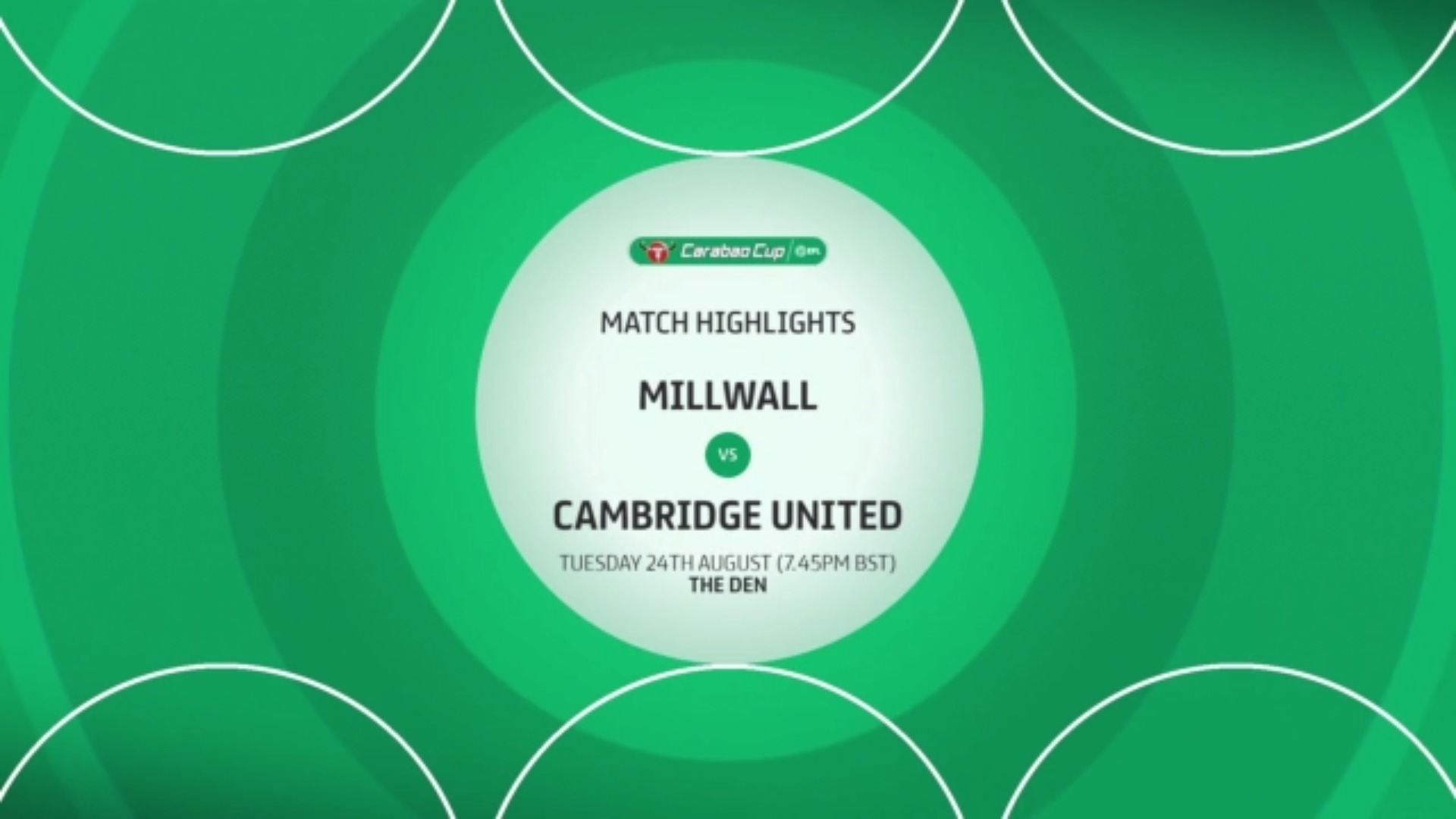 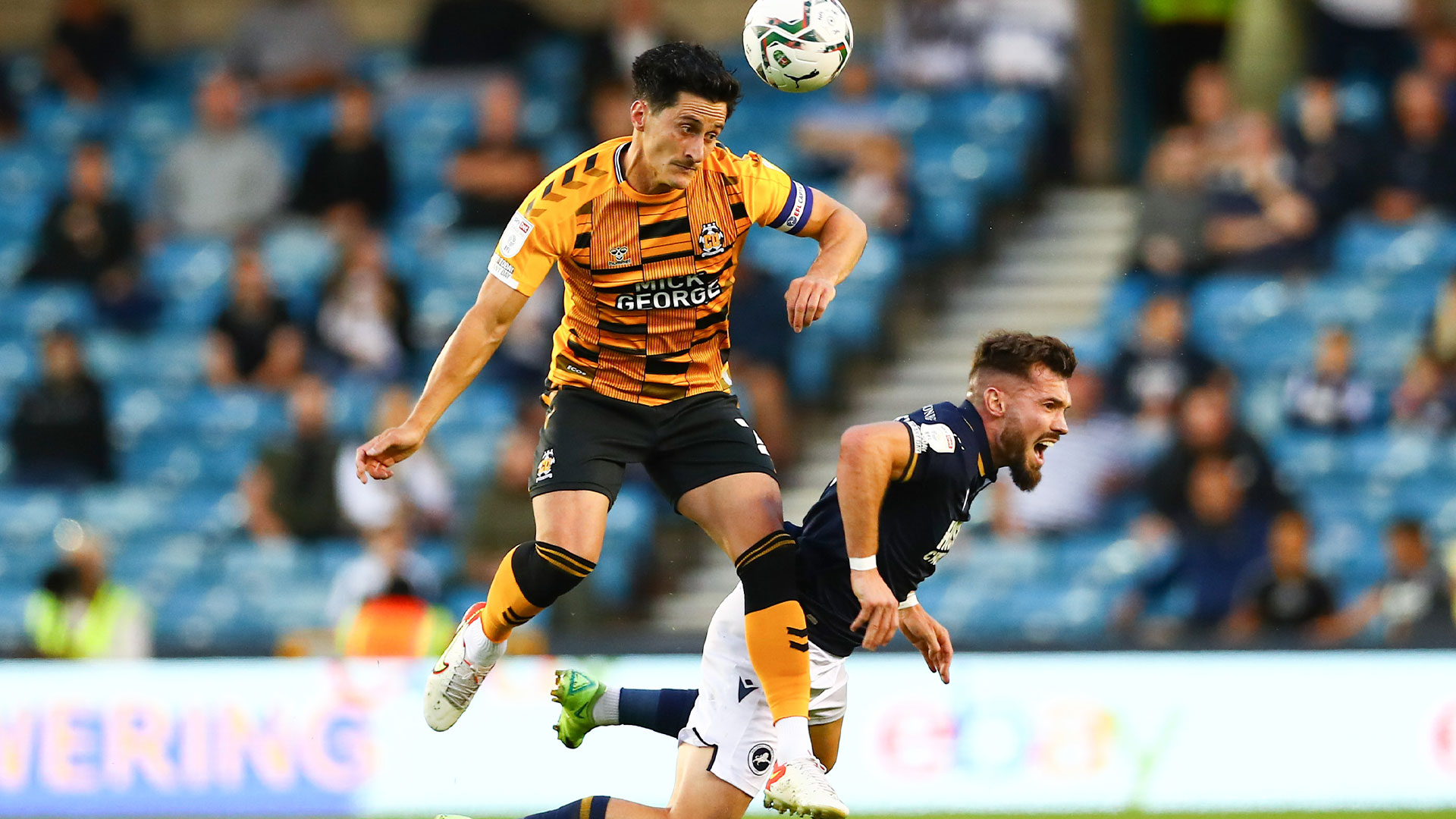