The Lions got their 2021/22 campaign up and running at the Kiyan Prince Foundation Stadium last week as Jed Wallace hit the target in a 1-1 draw, but now Gary Rowett's side will kick-off their home campaign by meeting Tony Mowbray's men.

Mason Bennett will miss the fixture through injury, with the manager perhaps set to rotate his squad again after making numerous changes for Tuesday's Carabao Cup First Round victory over Portsmouth.

There will be a minute's applause before kick-off this weekend, in memory of those Millwall fans we have sadly lost throughout the pandemic.

Tickets for Saturday's game will be on general sale up until kick-off. Live video coverage of the match will not be available to UK-based iFollow subscribers - with audio passes on sale - whilst international viewers will be able to watch the action.

Important information for all Millwall fans attending Saturday's fixture can be found here.

The club regrets to advise supporters that because of COVID regulations, and the need to protect the players from potential isolation, the squad cannot currently stop for photographs/autographs in the car park. The club apologises for the disappointment this causes but wishes to stress that it is purely so that the risk of disruption to matches and availability of players is kept as low as possible.

Want to watch The Lions in style? Hospitality for the visit of Rovers is on sale - but be quick!

The weekend's programme will be on sale around the ground before kick-off, but can also be purchased online via Curtis Sport here, whilst the SE16 Bar will house a DJ before the game to crank up the atmosphere. Millwall's Family Fun Zone remains closed, whilst, because of late staff shortages, 'Arry's Bar will unfortunately not be open today, and the club apologises for any inconvenience caused.

Millwall and Blackburn Rovers drew 1-1 at The Den in the Sky Bet Championship on Saturday afternoon.

On a sunny afternoon in SE16, Jed Wallace's expertly-worked goal gave The Lions the lead midway through the second-half, but Ben Brereton Diaz's header levelled things up with 14 minutes to play.

Gary Rowett was forced into one change from last Saturday's 1-1 draw against Queens Park Rangers at The Den, as Jake Cooper came in for the injured Shaun Hutchinson.

With kick-off delayed by 15 minutes due to local public transport issues and John Berylson having addressed an excited crowd inside The Den, the game kicked off to Millwall having the first opportunity, but captain Cooper headed Jed Wallace's cross wide of the near post.

The Lions then almost caught out Blackburn goalkeeper Thomas Kaminski from the halfway line, before a teasing cross had to be put behind by Ryan Nyambe as Millwall started strongly - Cooper again heading just wide from the resulting corner.

Scott Malone's corner forced Rovers to clear their lines with 14 minutes on the clock, but whilst the Millwall pressure continued as the half wore on, the most they could muster was a wild Jed Wallace hit, sailing over with 21 minutes played.

A midfield battle was to follow, but with just under 10 minutes until the break the combination of Jed Wallace and Cooper combined again, only for the defender to once more nod just wide of the post from a corner.

Still The Lions came forward, and after Benik Afobe's header found its way to Malone six minutes from the break, the defender crossed for the onrushing George Saville, but his goal-bound effort was deflected behind by Darragh Lenihan. George Evans tumbled inside the box from the corner that followed, but referee Andy Davies was unmoved.

Daniel Ballard was the next to head over as the first-half neared its conclusion, with the first action of the restart coming on 52 minutes as Afobe showed great determination to win the ball back and charge towards the penalty area, only to be brought down - something which ignited the Den crowd once again.

Malone's effort was then deflected behind as The Lions began to gather momentum, before a duo of corners saw Cooper being grappled by the Blackburn defence, but to no avail.

With 64 minutes played, The Lions took the lead - and in some style. A fantastic cross-field pass from Ballard found Malone, and after the left-back hit a first-time cross into the area, Jed Wallace was waiting at the back post to strike home first time to open the scoring.

Millwall could have had a second straight away, but after Danny McNamara made his way into the box and crossed, Blackburn were able to scramble the ball away - that was until the ball broke to Evans on the edge, but despite his shot appearing to strike an arm, no decision was given.

However, with 14 minutes to play, Rovers were level after a free-kick was glanced into the far corner and beyond Bartosz Bialkowski by Brereton Diaz.

Substitute Ryan Leonard headed on to the roof of the net as The Lions looked to nudge themselves back in front with under 10 minutes remaining, but with no further efforts on goal from there, both sides had to settle for the draw.

It's been a while - but Millwall Football Club is delighted to confirm that tickets are now on general sale for the Sky Bet Championship visit of Blackburn Rovers on Saturday 14th August (kick-off 3pm).

This game is a Category B match. 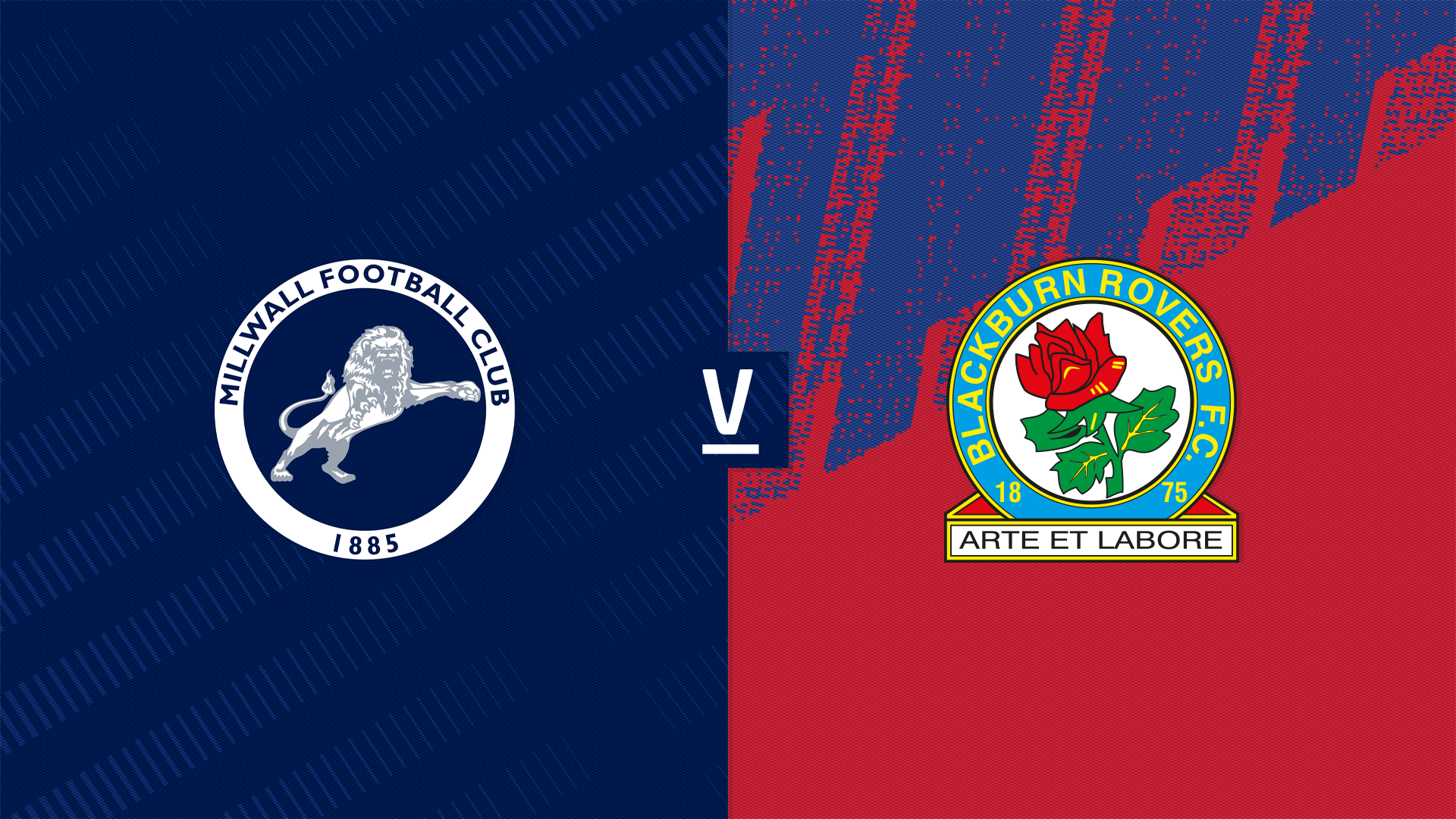 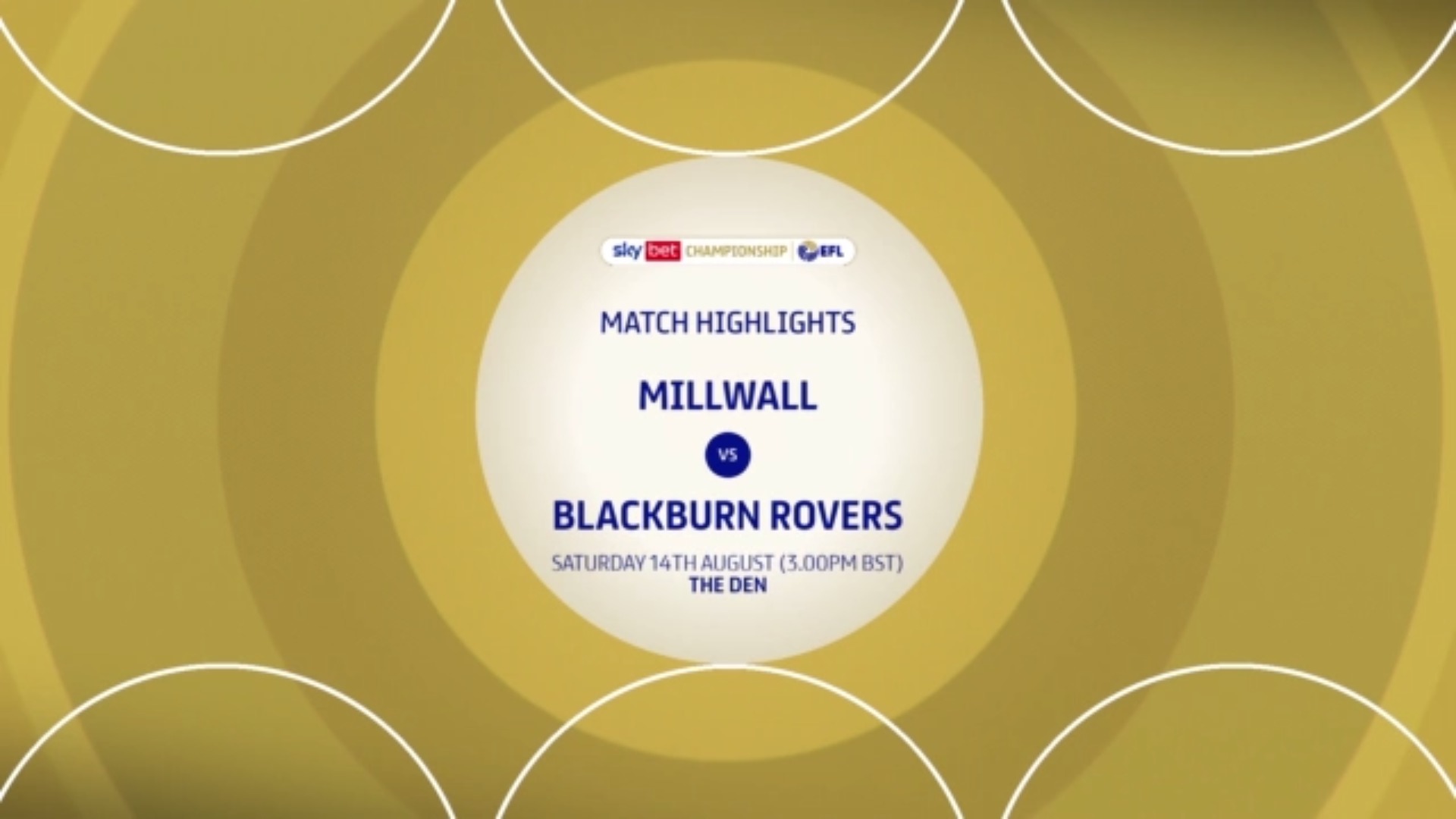