Following Saturday's 2-2 draw against Luton Town at Kenilworth Road, The Lions head back to SE16 for the first of a Den double-header, aiming to keep pace with the chasing pack just outside of the division's top six.

Shaun Hutchinson, Mason Bennett and Luke Freeman compile Millwall's current injury list, but there is more positive news on those returning. Oliver Burke stepped off the bench to provide a crucial assist for Benik Afobe last weekend, whilst Ryan Leonard played 90 minutes for The Lions' Under 23s on Friday afternoon and could be in line to play some part.

Sheyi Ojo and Tyler Burey were unused substitutes against The Hatters and are available for selection should Gary Rowett wish to change things up.

Tickets for Tuesday's game will be available up until kick-off, but if you are unable to make it to The Den, then full match commentary will be on iFollow Millwall - click here for full details.

The Lions will be wearing black armbands for the visit of The Swans in memory of Paul Jiggins, with a minute's applause taking place before kick-off, too.

Ojo is the subject of the matchday programme, on sale around the ground for £3. An interview with the loanee features inside, in which Sheyi speaks about his injury, recovery, hopes for the remainder of the season and more.

By way of pre-match entertainment, a DJ will be present outside the SE16 Bus Bar before kick-off, whilst you can also hear from Tom Bradshaw - who scored his 100th career goal at Luton - here.

Millwall suffered a rare home defeat on Tuesday night as Swansea City were 1-0 winners at The Den in the Sky Bet Championship.

Joel Piroe netted the decisive goal just seconds after the restart to secure all three points for the visitors.

Gary Rowett opted for the same XI against The Swans from that of the Luton Town fixture, with just one change coming on the substitute's bench as Ryan Leonard returned from a long-term injury to take the place of Alex Pearce.

After a minute's applause for Paul Jiggins, the evening got underway with The Lions pressing Swansea's back-line, forcing them into conceding a corner-kick in just the third minute - one which Jed Wallace swung over, but Daniel Ballard headed wide.

Benik Afobe's deflected effort then bounced behind, but the best chance to date came with 11 minutes on the clock and fell to Swansea, but Michael Obafemi's effort was expertly tipped over by Bartosz Bialkowski.

Despite Millwall winning the ball back from sloppy Swansea possession on a number of occasions, The Lions were unable to find a killer pass, with the next attempt seeing Bialkowski tip a Jay Fulton shot behind on 21 minutes.

Obafemi then showed pace to break away from the Millwall defence and strike on the half-hour, but his effort was blocked by Murray Wallace. At the other end, yet another concession of Swansea possession led to a Lions corner, but Ballard's header failed to trouble Andy Fisher.

Danny McNamara's cross eventually fell to Jed Wallace with five minutes to play until the break, but his effort was deflected wide of the far post, with Joel Piroe making Bialkowski stretch at the other end as chances started to mount for both sides before the half-time whistle.

The second-half was just 45 seconds old, however, when the opening goal came - and it went the way of the visitors. After the ball made its way into the penalty area, Piroe reacted quickest to strike home beyond the dive of Bialkowski to break the deadlock.

The Lions could have got on level terms just five minutes later, but as Scott Malone delivered a free-kick into the penalty area, Murray Wallace skewed his header wide. Just before the hour-mark, a deep Jed Wallace cross was nodded back across goal by McNamara, but George Saville blazed over. As Maikel Kieftenbeld and Oliver Burke entered the field the atmosphere stepped up a notch, but Afobe could only turn behind a Jed Wallace cross.

On 68 minutes, a Millwall corner led to a three-on-one counter-attack in Swansea's favour, but as Cyrus Christie broke into the box, his cross to two awaiting visiting attackers was vitally blocked by McNamara. The right-back was then in action at the other end of the pitch shortly after, but his low drive was parried by Fisher before being gathered at the second attempt.

Jed Wallace then shot wide as The Lions went up a gear, but Obafemi's turn allowed him to shoot and score a potential second for The Swans with 18 minutes to play - his shot, however, flew past Bialkowski's far post.

After a couple of Jed Wallace crosses went answered, Rowett opted for a final throw of the dice in taking the attacker off to bring Sheyi Ojo into proceedings. Afobe then twisted and turned in his attempts to beat his marker on the edge of the area, but could only muster an attempt which was easy for Fisher to gather.

Afobe and Ojo had shots blocked as the game ticked away, before a powerful run down the right from Burke and subsequent cross saw no Millwall man on the end of it. As the clock struck 90 minutes, Malone sent over another cross following a corner, but Afobe nodded over.

Deep into stoppage-time, Ojo's burst down the left and cross flashed across the face of goal, but nobody gambled for what would've been a tap-in and the equaliser.

Millwall welcome Swansea City to The Den in the Sky Bet Championship on Tuesday 5th April (kick-off 7.45pm) - and tickets are now on general sale.

This game is a Category A­­­­­­­ match. Ticket prices will increase by £3 on matchdays.

VIP Hospitality is available for the visit of Swansea City! For more information, click here.


Looking for a Christmas present for the family? Take advantage of our Hospitality deal for The Lions' Sky Bet Championship game against Swansea City at The Den on Boxing Day!


The Lions take on The Swans on Boxing Day - and tickets for Millwall's Sky Bet Championship meeting with Swansea City on Sunday 26th December (kick-off 3pm) are now on general sale.

Enjoy Boxing Day at The Den in style! 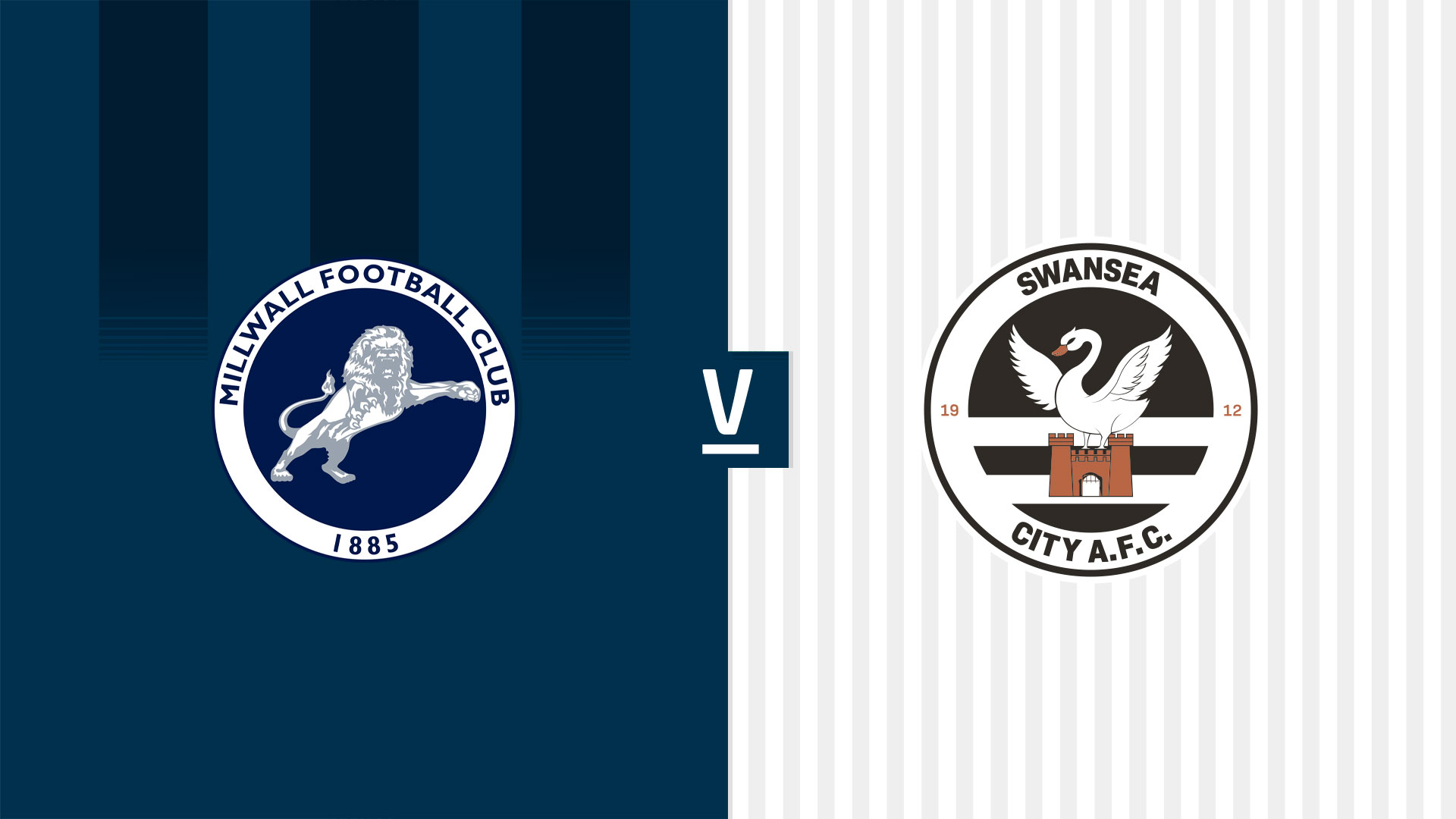 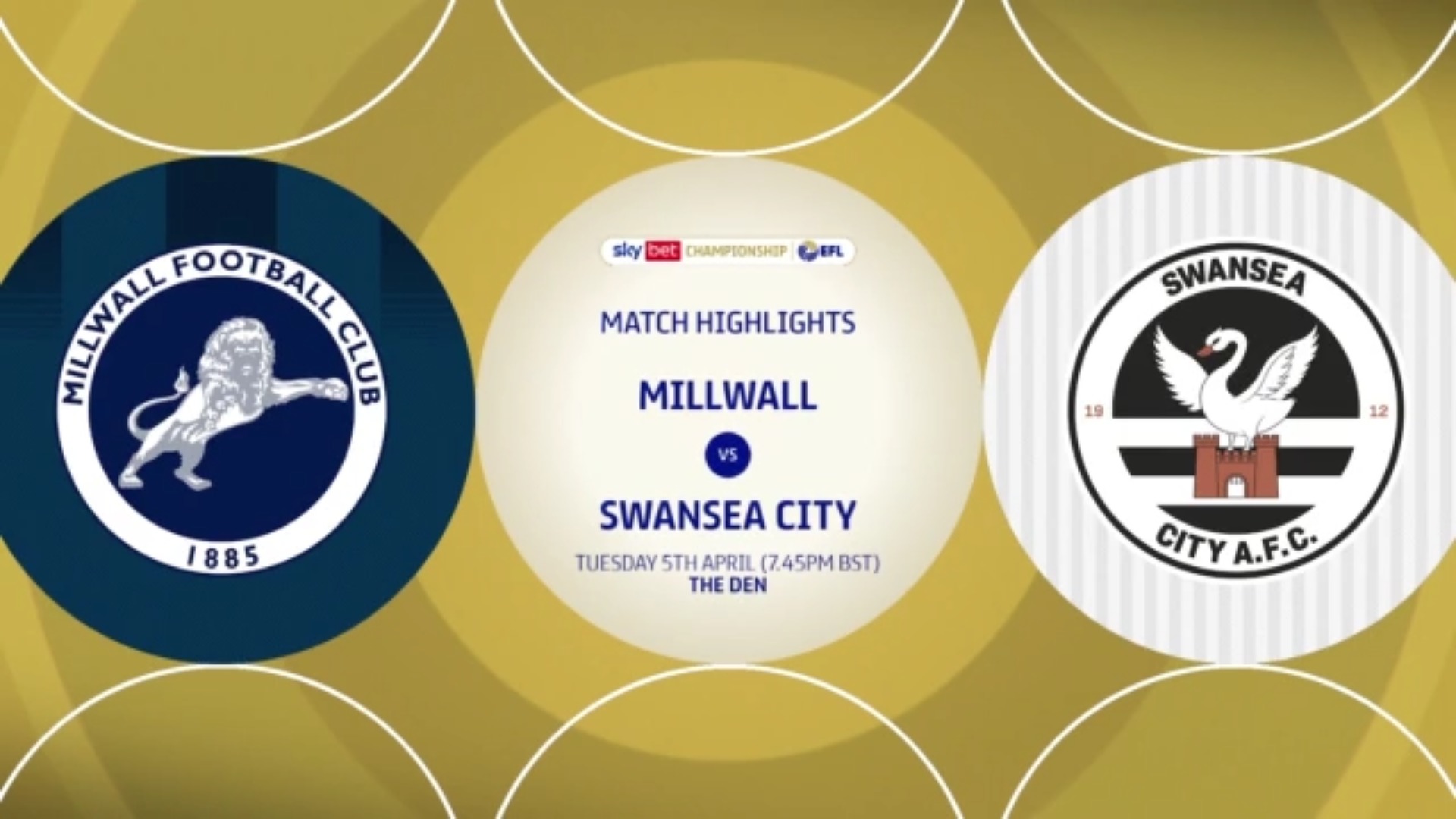 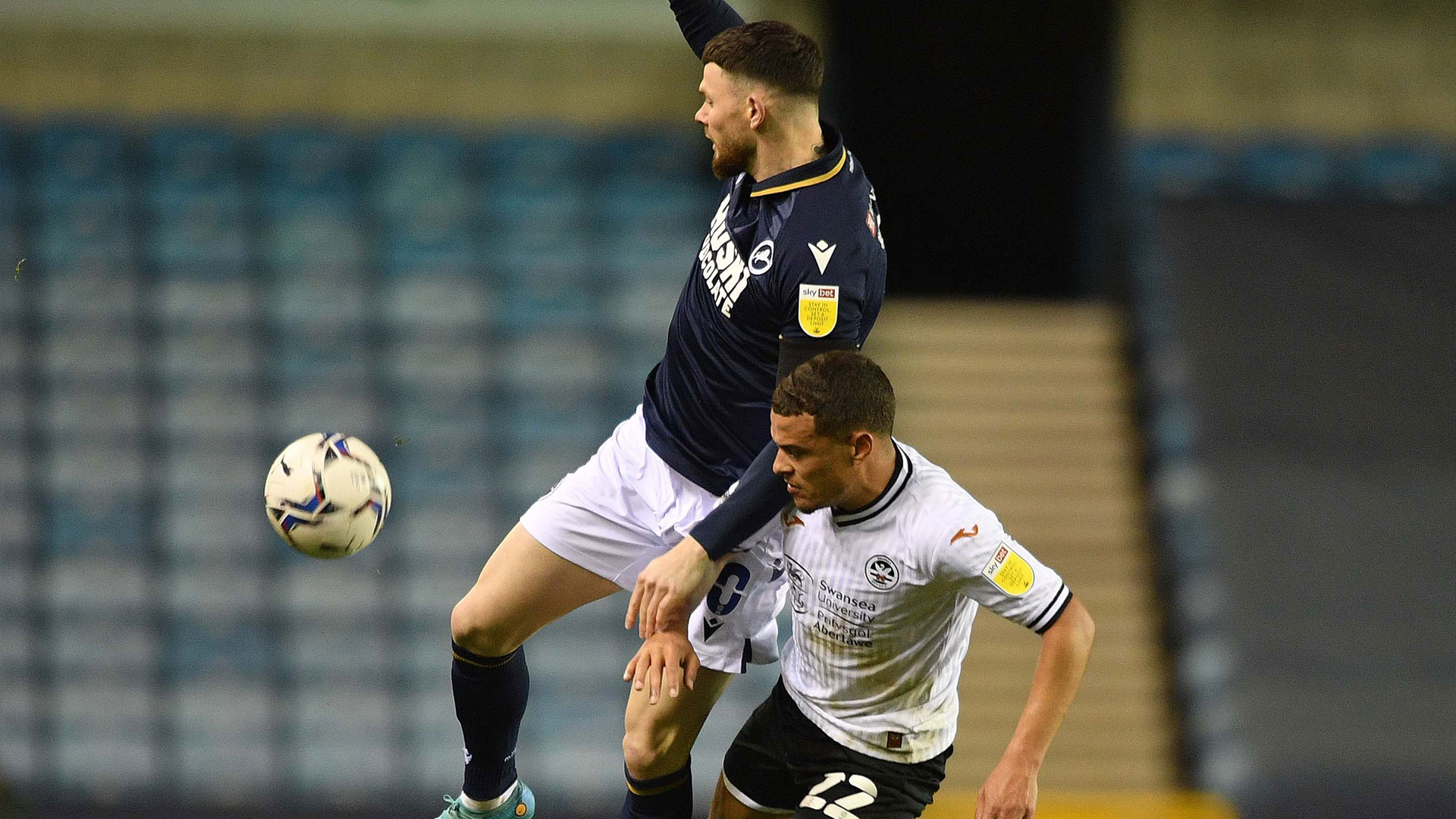