The fixture - being played at The Den - represents the final home game of The Lions' regular 2021/22 campaign, with Gary Rowett's side hoping to see a packed-out crowd off in style against The Posh.

The manager will be without the services of Daniel Ballard against Grant McCann's side, whilst Jed Wallace is a doubt as he continues to recover from an injury. Those two aside, the boss will be able to select from the remainder of the squad, with names such as Ryan Leonard, Mason Bennett and Tyler Burey - who all came off the bench during last weekend's 2-2 draw at Birmingham City - available should changes be made.

Most areas of The Den are SOLD OUT for this weekend's match, but limited tickets are still available and will be up until kick-off. If you are wishing to purchase or collect tickets, however, the club strongly advises to arrive early, to prevent lengthy queues building towards 3pm. The Ticket Office will open at 10am on Saturday morning.

If you are unable to make it to SE16 this weekend, then full match commentary will be available on iFollow Millwall. Click here for full details.

Before the game, Millwall's Player of the Season trophies will be presented pitchside, whilst following the final whistle, the players will return for a lap of appreciation as a thank you for your support across the campaign.

The club asks supporters to stay off the pitch at the end of the game to ensure that the playing surface is in top condition should The Lions make the Play-Offs. Any incursion will damage the field and mean that the players cannot return after the final whistle. Invasion of the pitch is a criminal offence and can lead to a stadium ban for supporters who do so. Please remain in your allocated block and stand at all times.

The Lions will be supporting Demelza this weekend, whilst there will be no Junior Lions Fun Zone in the Lions Centre. There will, however, be a DJ at the SE16 Bar prior to kick-off. You can also visit the Lions Store for fantastic savings on ALL Macron products!

Saturday's matchday programme can be purchased HERE, with a feature interview with The Lions' Player of the Season inside, whilst you can see how Millwall prepared for the weekend's fixture with our training gallery HERE.

The manager spoke to millwallfc.co.uk ahead of the visit of The Posh - watch what he had to say HERE.

Millwall secured a 3-0 Sky Bet Championship victory over Peterborough United at The Den on Saturday afternoon.

After a goalless first-half, Benik Afobe gave The Lions the lead, before an own-goal from Josh Knight and a George Saville header saw Millwall to three points.

Gary Rowett made two changes to his starting XI for the visit of The Posh, with Ryan Leonard and Billy Mitchell coming in for Daniel Ballard - who missed out through injury - and Maikel Kieftenbeld.

The Lions were nearly in on goal with just two minutes on the clock, but after Benik Afobe fed Tom Bradshaw, his pass to an unmarked Oliver Burke became caught up in the loanee's legs and bounced to Posh safety. Burke then powered down the right-hand side and crossed for Afobe as Millwall started brightly, but the ball was gathered by Peterborough goalkeeper David Cornell.

It was Millwall who were dominating the opening stages with possession, but they were unable to find the final ball to penetrate the opposition defence - Bradshaw attempting to feed Afobe in the 12th minute, but the pass was snuffed out. A corner was forced two minutes later, but the attack ended with Leonard blasting high and wide.

The Lions kept coming forward and retaining possession as the half-hour mark came into view, but to no avail. A Danny McNamara cross evaded everyone with 30 minutes on the clock, despite being inviting, with Bradshaw then causing Cornell to juggle the ball out of his area as Millwall continued to chase the opening goal.

Skill from Afobe nearly set up a chance for himself with 10 minutes to play until the half-time break, with the first hairy moment at the other end coming on 39 minutes as Sammie Szmodics slid in Jonson Clarke-Harris, but he poked wide of Bartosz Bialkowski's post.

The opening minute of the second-half almost produced the first goal of the game, but after a ball to the back post was played into the path of George Saville by Leonard, the midfielder's strike from close-range was stopped by the instinctive save of Cornell.

Jack Marriott forced Bialkowski into his first save of the game at the other end on 50 minutes, but three minutes later, The Lions finally broke the deadlock through Afobe, as the striker lashed home from Saville's lay-off after Leonard's long-throw.

With Millwall needing goals, Jed Wallace and Mason Bennett were introduced into the action shortly after that opener, and the former nearly thrust himself straight into the spotlight with an attempt across goal, but it skidded across the turf for a goal-kick. Millwall then hit the woodwork twice in the space of a minute as firstly, Player of the Season, Murray Wallace, saw an effort deflected onto the crossbar and behind, before, from the resulting corner, Saville nodded onto the post.

With 73 minutes played, The Lions were able to bag another - through a Peterborough source - as Jed Wallace's cross was turned into his own net by Knight. Just three minutes later it was three, as after Jake Cooper's powerful header was expertly stopped by Cornell, Saville took a second bite of the cherry to nod home at the back post.

The Posh almost got one back as substitute Kwame Poku's shot was blocked, before Clarke-Harris stretched to reach a cross in the last minute of normal time, but Bialkowski was untroubled.

The result now leaves Gary Rowett's side needing victory at AFC Bournemouth on the final day, coupled with defeats for Middlesbrough and Sheffield United and a five-goal swing to make the Play-Offs.

Heading to The Den on Saturday for Millwall's Sky Bet Championship match against Peterborough United?

A large crowd is expected in SE16 (kick-off 3pm), so please arrive early if you are purchasing or collecting tickets to prevent lengthy queues from building before kick-off.

The following information details which locations around the ground you will require for your relevant needs...

Any home supporters who have purchased tickets in the North Stand need to enter the stadium bowl through turnstiles A1-A4, situated on the left-hand side of the Lions Store. 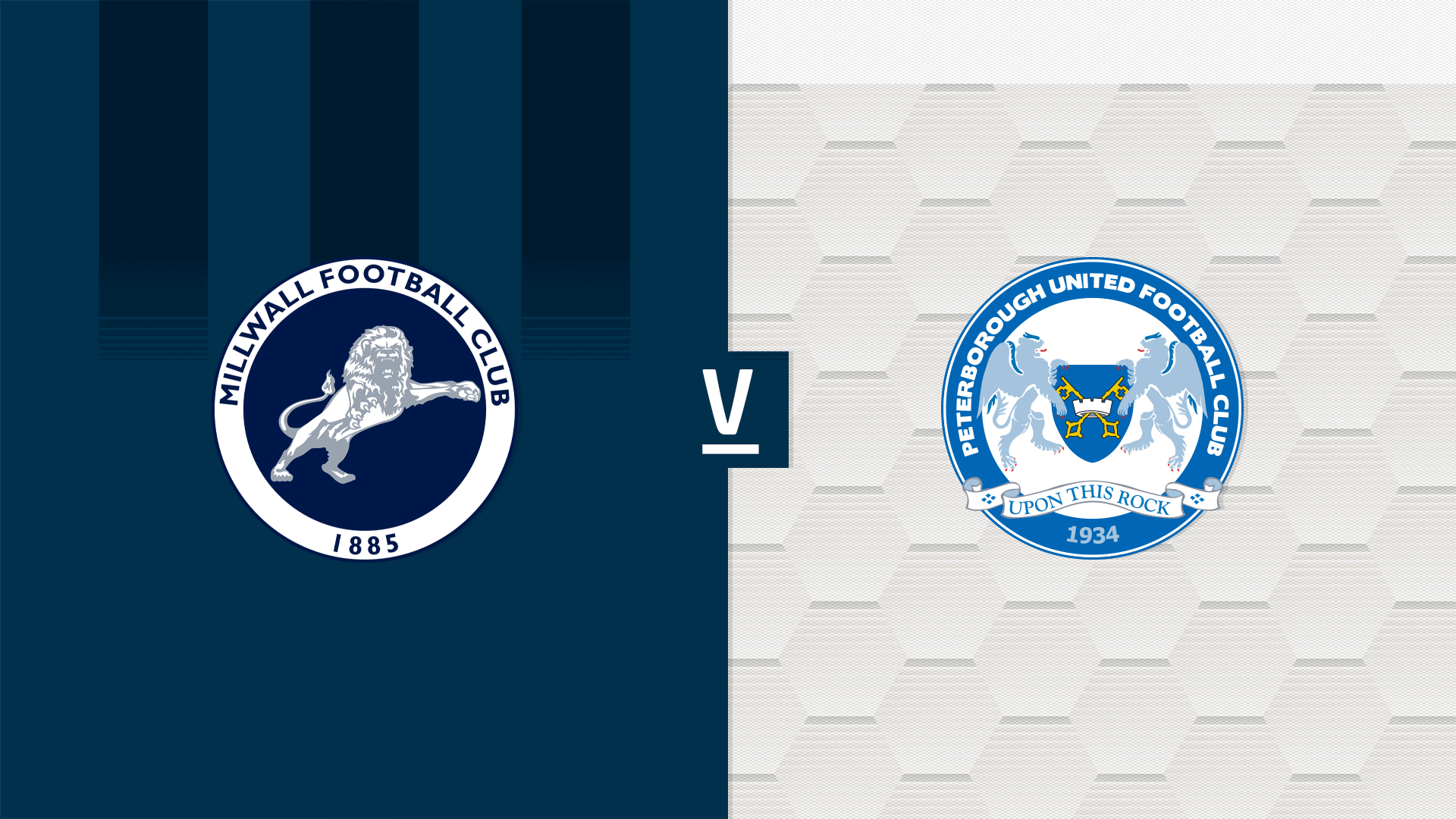 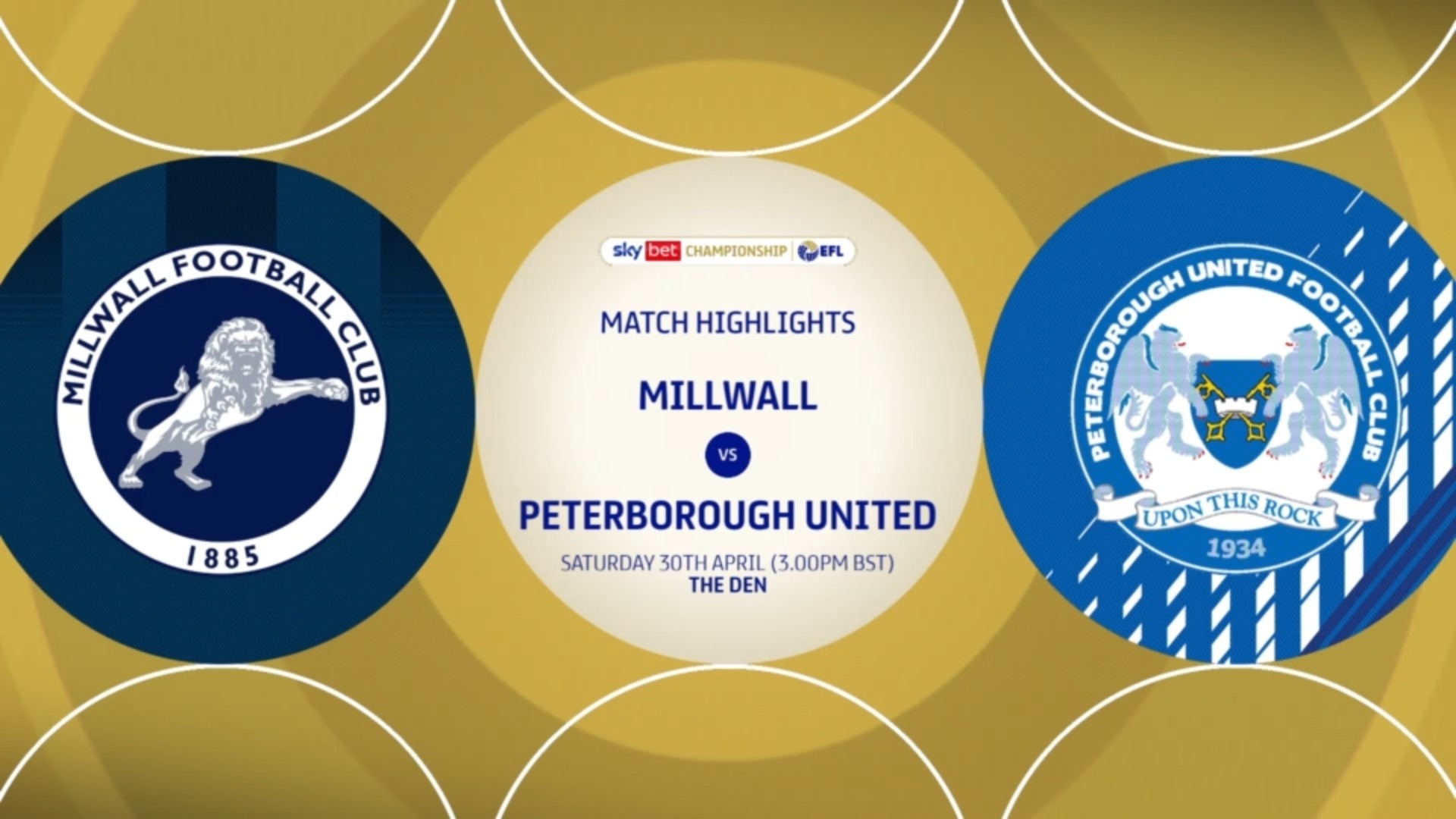 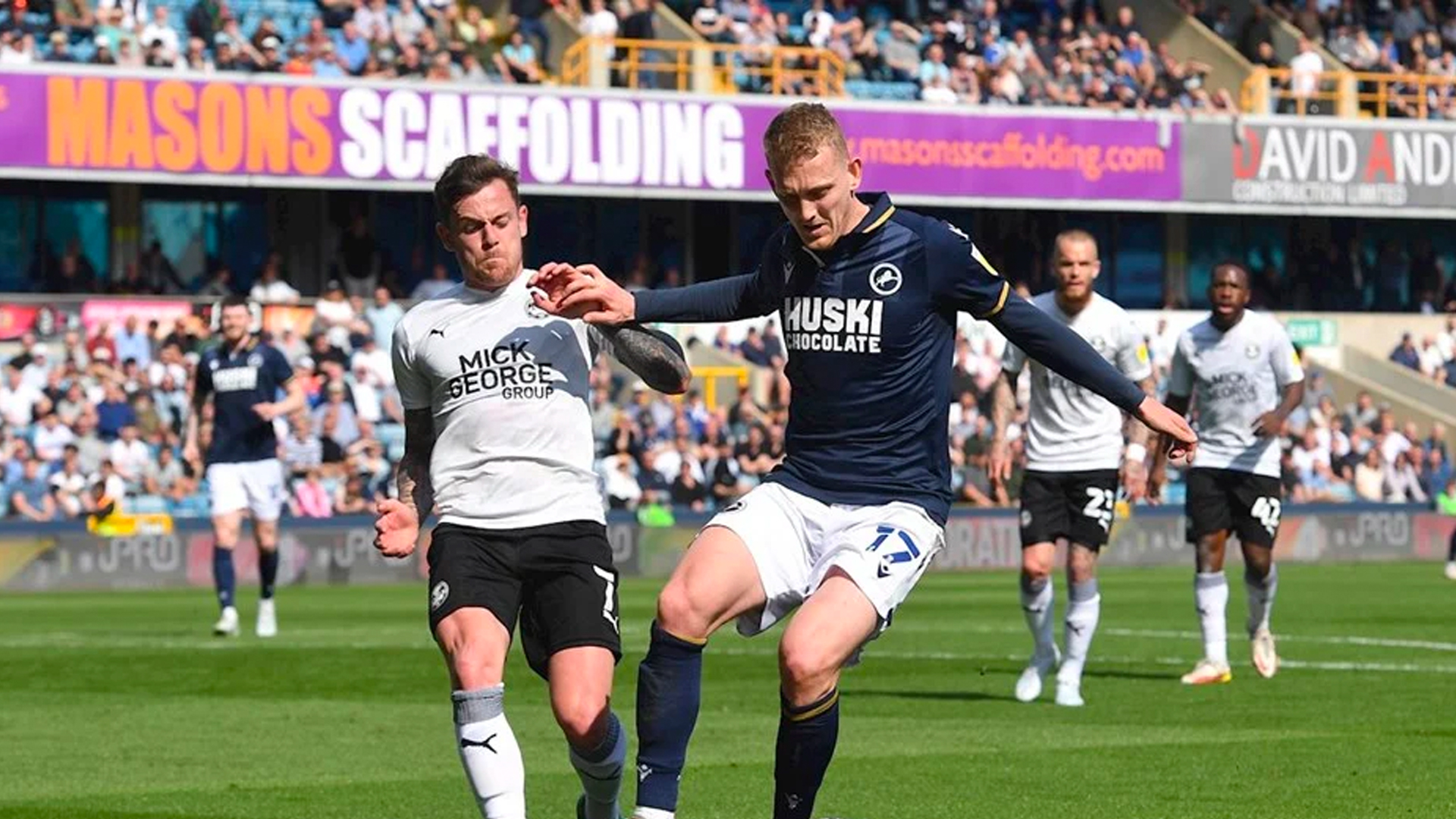