Millwall welcome Barnsley to The Den in the Sky Bet Championship on Saturday afternoon (kick-off 3pm).

The Lions suffered a rare home defeat on Tuesday night as Swansea City were 1-0 winners in SE16, and Gary Rowett's side will now look to bounce back against The Tykes in their attempts to reduce a six-point gap to the Play-Off places.

Shaun Hutchinson, Mason Bennett and Luke Freeman remain on the club's injury list, but there are options available to the manager should he wish to change things up following the midweek defeat. Ryan Leonard, George Evans and Tyler Burey were all unused substitutes against The Swans, whilst the likes of Sheyi Ojo and Oliver Burke stepped off the bench and could play some part once again.

Tickets for the fixture are on general sale and will be available up until kick-off, but if you are unable to make it to The Den this weekend then full match commentary will be on iFollow Millwall - click here for full details.

Saturday's game will see the club commemorate its second annual Community Day. With plenty on offer around the ground, click here to find out everything you need to know. Millwall's kit for the fixture will have Millwall Community Trust as the sponsors, with all shirts auctioned off following the final whistle.

A special edition matchday programme, celebrating the fine work of Millwall Community Trust, is on sale online and will be available to purchase in SE16 on matchday, costing £3.

Entertainment at the SE16 Bar comes from Muckspreader, whilst further pre-match goodies come in the way of interviews with Daniel Ballard and Rowett, which can be watched by clicking the relevant links, and Millwall's Junior Lions Fun Zone, which returns from 1-2pm in the Lions Centre!

Millwall defeated Barnsley 4-1 in the Sky Bet Championship at The Den on Saturday afternoon.

Millwall were not to be deterred by that blip, however, as Oliver Burke's first Lions goal and Benik Afobe's 10th Championship strike sealed a comfortable success in SE16.

Gary Rowett made two changes from the team defeated by Swansea City on Tuesday night, as Maikel Kieftenbeld and Burke came into the starting line-up at the expense of George Saville and Tom Bradshaw, who both dropped to the substitute's bench.

The game wasn't even a minute old when The Tykes fashioned the first shot on goal, but after driving at goal from the right-hand side, Callum Brittain's effort was saved behind by Bartosz Bialkowski.

Barnsley maintained possession in the opening stages, but The Lions grew into the game and had their first effort in the eighth minute, but Scott Malone's shot on the turn was saved by Brad Collins.

Callum Styles shaped to strike on the edge of the box two minutes later but was met with a strong challenge by Murray Wallace, whilst at the other end, half-chances for both Burke and Afobe failed to materialise. McNamara and Burke combined to set Jed Wallace away down the right-hand side on 15 minutes, but the attacker's cross was weak and failed to reach an unmarked Afobe.

A smart move involving Kieftenbeld, Burke, Jake Cooper and Daniel Ballard on the edge of the penalty area almost led to the opener on the halfway-mark of the half, but the latter's strike was saved by Collins. That, however, proved to be Collins' last involvement in the afternoon, as he had to be replaced by substitute goalkeeper Jack Walton due to injury.

Walton was tested within two minutes as Cooper fired a header into the arms of the stopper, with the opener almost coming on 28 minutes - but at the other end - as a misjudged ball forward allowed Styles a run at goal. Murray Wallace clamboured back to defend, but he could not get there before the strike; Bialkowski, fortunately, was well placed to turn the ball behind.

With 31 minutes on the clock, however, the back of the net was found - for the very first time by McNamara. After Jed Wallace broke away on the left-hand side and crossed, Burke left the ball to the oncoming right-back, who slotted home to open the scoring.

Brittain shot over as The Tykes looked to get back into the game, but The Lions kept coming on strong into five minutes of stoppage-time, with Jed Wallace's cross cleared behind by Liam Kitching just before it reached Afobe at the back post.

Two minutes into the second-half, it was two - and incredibly, it was McNamara again. As the right-back charged into the area, he met Malone's cross at the back post to head into the net from close-range and double Millwall's lead.

That two-goal advantage was only to last a matter of minutes, though, as Barnsley halved the deficit through Palmer, who took advantage of a loose ball to fire past Bialkowski from inside the area.

Amine Bassi sent a free-kick over the crossbar as the complexion of the fixture changed following that goal, but as the attacking pendulum swung in Millwall's favour shortly after that, a third arrived as Burke converted from close-range - for his first Lions goal - after Walton tipped a header onto the crossbar.

Ballard's downward header was then stopped by Walton as The Lions sought more, but Bialkowski had to parry a swerving Domingos Quina shot away from goal on 66 minutes as the visitors looked to reduce the arrears once more - but on 73 minutes, Millwall had a fourth as Afobe pounced on Cooper's header forward to fire home left-footed across goal.

With tails clearly up, Malone tried his luck on the half-volley from 20 yards but shot over, before McNamara left the field to a standing ovation with nine minutes to play as he was replaced by the returning Ryan Leonard, making his first appearance since November.

There could have been a late fifth, but after Malone passed the ball into the path of Tom Bradshaw and Tyler Burey, the latter took too long over an effort and was snuffed out by the Barnsley defence. 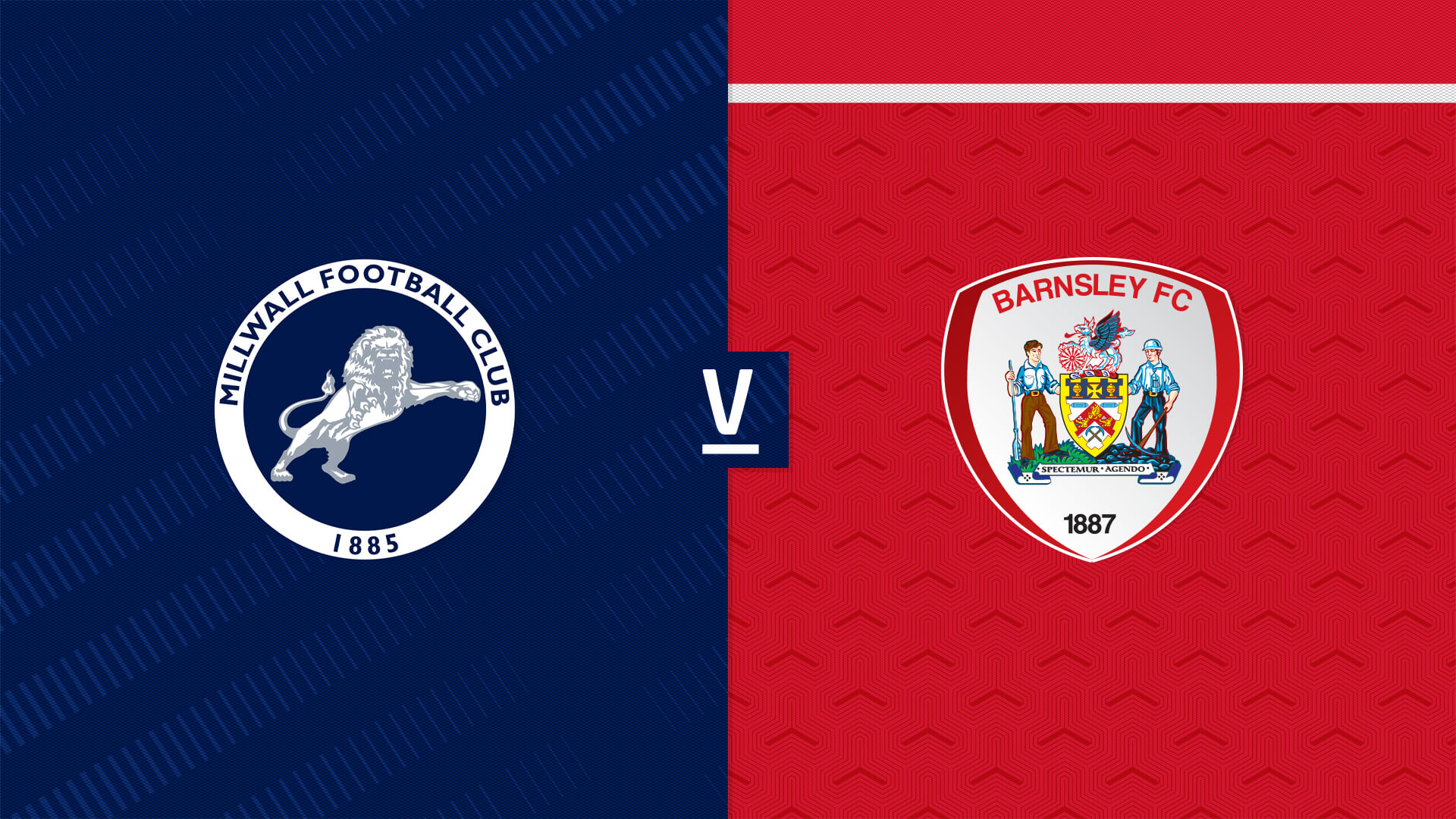 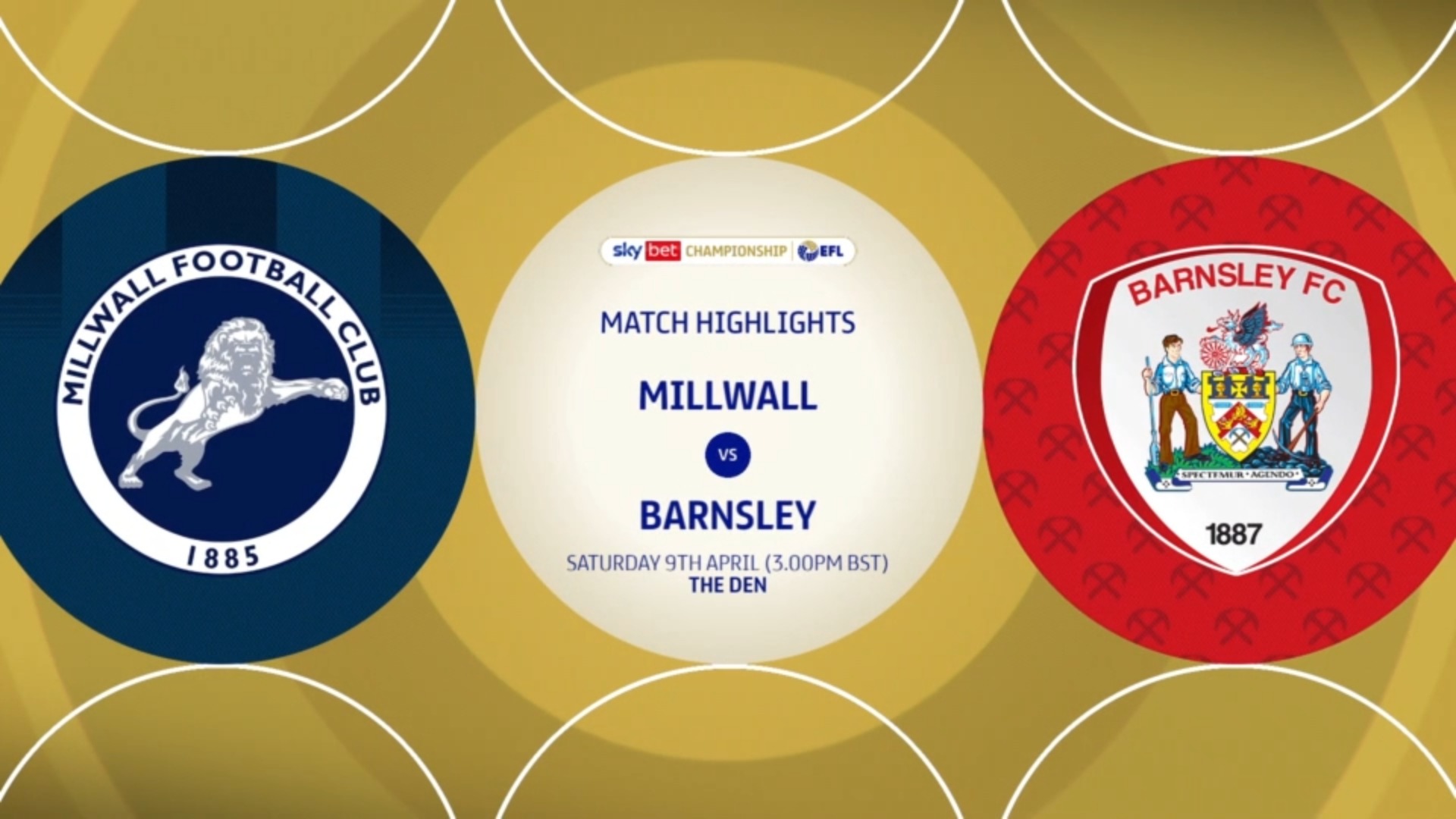 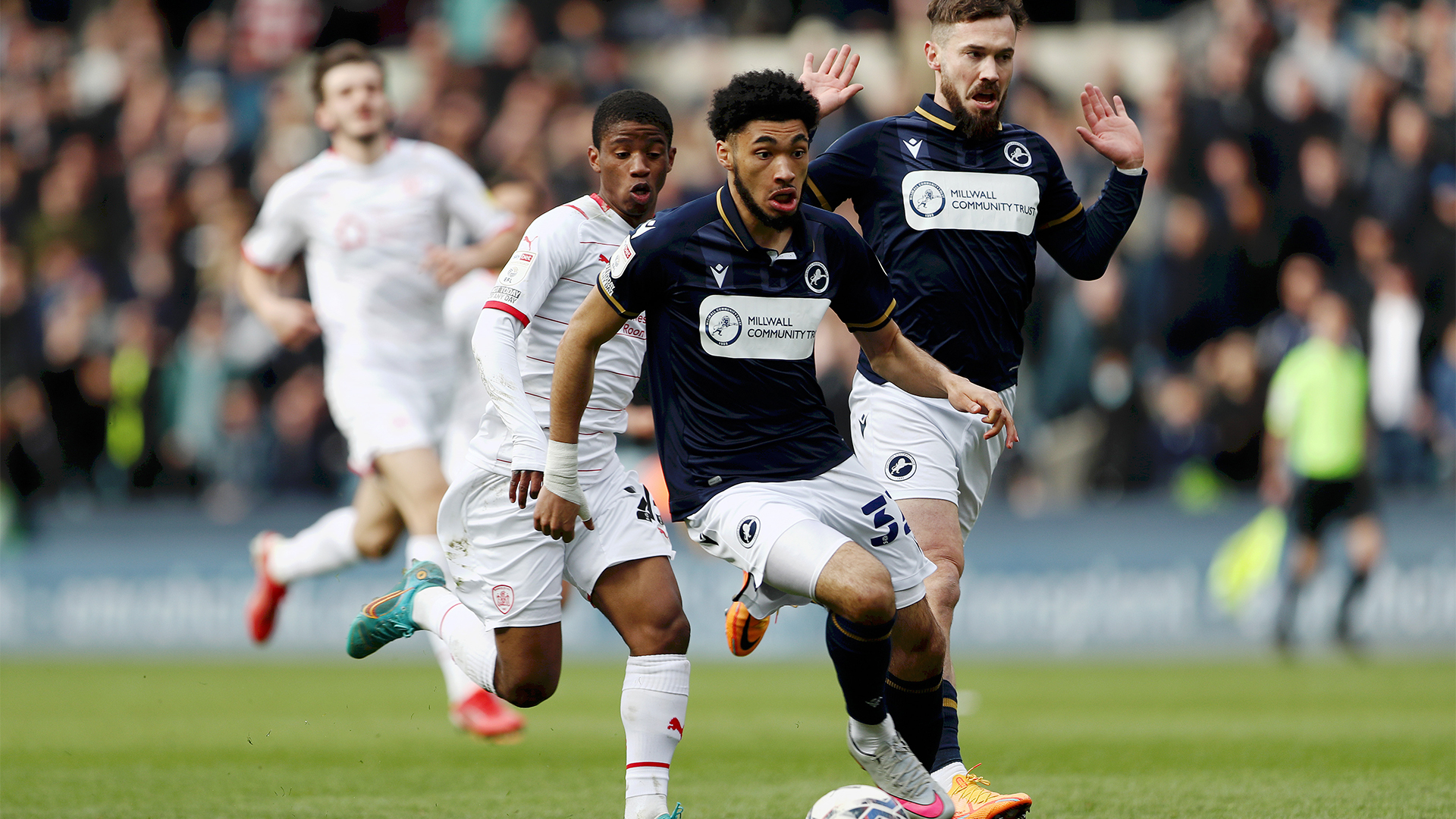