Seven weeks and three days after Jon Dadi Bodvarsson's goal wrapped up a 4-1 victory over Huddersfield Town to bring 2019/20 to a close, the new campaign begins behind-closed-doors with the visit of Michael O'Neill's outfit.

Gary Rowett will be without the services of Ryan Woods for the encounter with The Potters, whilst Troy Parrot and Billy Mitchell will also miss out through injury. Mahlon Romeo will also be assessed before kick-off.

Millwall players will wear black armbands to show respect to the family of chairman John Berylson, whose father-in-law Richard A. Smith sadly died aged 95 on Wednesday.

Supporters who have purchased season tickets for the 2020/21 season will be able to watch the action on iFollow, via a code which was sent to their registered email address earlier this week. If you have not received your code, then please contact slo@millwallplc.com to prevent any issues arising before kick-off. The stream will begin at approximately 2pm.

Non-season ticket holders can purchase a Match Pass to watch the game, at the price of £10 for UK subscribers and £5 for overseas subscribers. Click here for more details.

Programme collectors can purchase their edition of Saturday's issue - and have it delivered to their door - via Curtis Sport by clicking here. Subscriptions for the season are also on sale, and can be purchased here.

By way of pre-match build-up, Rowett, Bartosz Bialkowski and Murray Wallace have all been speaking to millwallfc.co.uk, whilst a training gallery from The Lions' preparations at Calmont Road can be seen here.

Millwall and Stoke City played out a drab goalless draw to begin the 2020/21 Sky Bet Championship season at The Den on Saturday afternoon.

Gary Rowett made four changes from the side which defeated Crawley Town in the Carabao Cup First Round last Saturday, with Murray Wallace, Matt Smith and Connor Mahoney all dropping to the bench and being replaced by Alex Pearce, Jed Wallace and Jon Dadi Bodvarsson, whilst the ineligible Ryan Woods allowed Shaun Williams back into the side.

The first five minutes of the season were a midfield battle, but with the visitors looking more likely - with seven minutes on the clock, the ball bounced into the path of Sam Clucas but The Lions cleared, before the resulting corner-kick saw Danny Batth head over the crossbar.

Millwall's first opportunity came on 11 minutes, meanwhile, but Ben Thompson sliced the ball over after Jake Cooper and Shaun Hutchinson brought down a deep free-kick at the far post.

Seven minutes later, Tommy Smith's attempt to hack down Scott Malone failed and the left-sided man advanced up the pitch - the ball eventually landed at the feet of Bodvarsson, but his effort was saved by Adam Davies with Stoke defenders closing in.

The Potters were quick when going forward, however, and a smart move nearly allowed Sam Vokes to strike at the halfway point of the first-half, but an expert Cooper tackle prevented Bartosz Bialkowski from being troubled.

With 11 minutes to go until the break - and with Stoke on top - Tyrese Campbell found his way into the penalty area and struck towards goal, but a Millwall deflection saw the ball go behind.

The visitors remained in the ascendancy for the rest of the half, but The Lions began the second period with more of an urgency to their play, forcing a number of crosses, but to no avail. The likes of Jed Wallace, Bennett, Malone and Bodvarsson continued to attack, but the next chance fell the way of Stoke; Vokes, however, fired wide despite having Bialkowski scrambling.

Malone, appearing in a Sky Bet Championship game for Millwall for the first time since December 2014, was the next to try his luck but got his shot wrong on the hour, before a double substitution saw Rowett introuduce Matt Smith and Mahoney, who replaced Bodvarsson and Bennett.

At the other end, a teasing ball from Tommy Smith almost reached Vokes but fortunately rolled away from the striker, before the half-chances continued with Jed Wallace cutting inside and almost finding the upper tier with an attempt on 76 minutes.

The Lions broke away through Jed Wallace with seven minutes remaining, but after his ball to an unmarked Mahoney was weak, the substitute's shot was blocked. As the 90-minute mark neared, Stoke thought they had a shout for a penalty-kick as sub Jacob Brown tumbled in the area, but he was booked for simulation by referee Jeremy Simpson.

Three minutes of stoppage-time were played, but neither side could manage to find the breakthrough, both settling for a point. 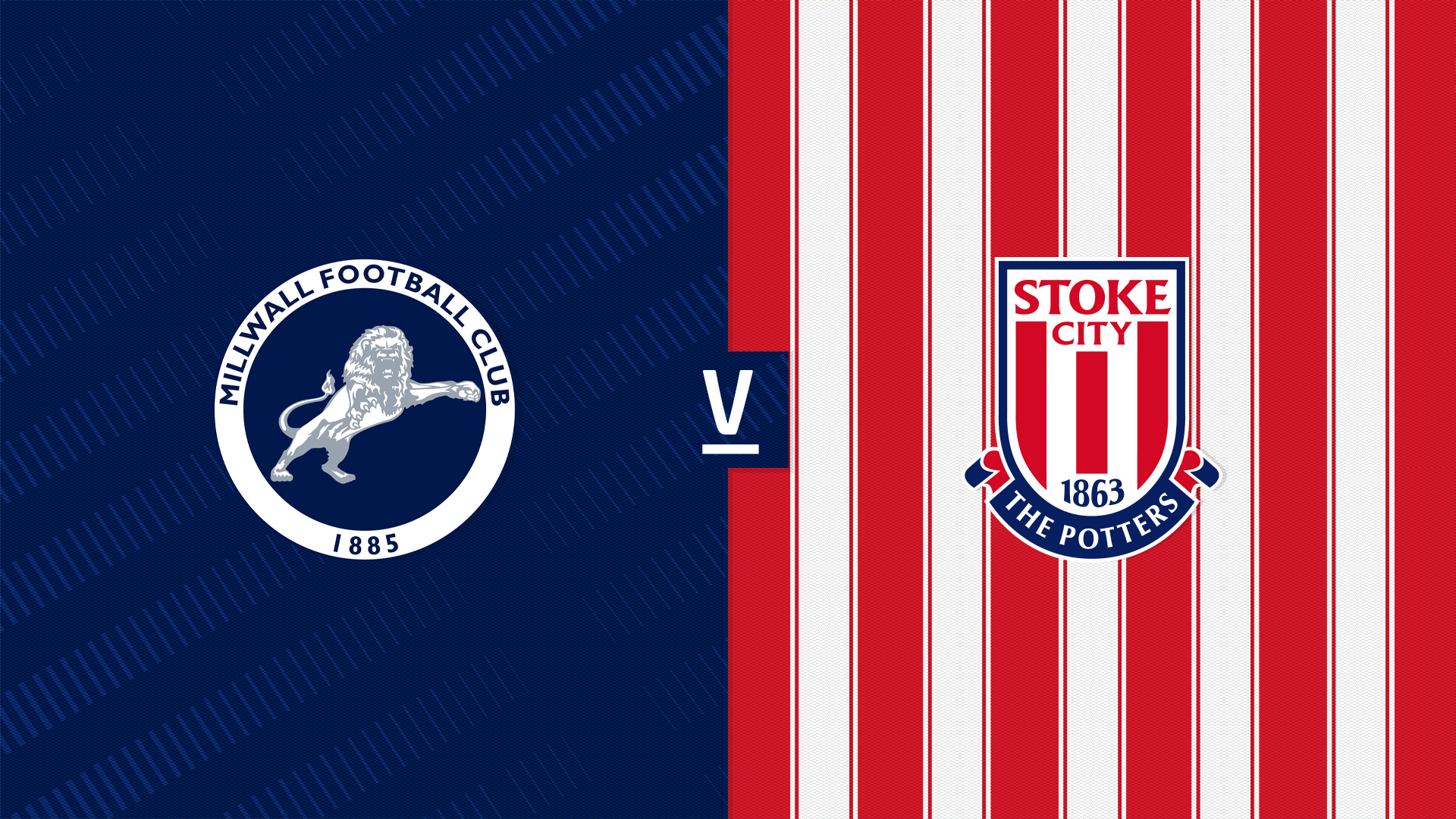 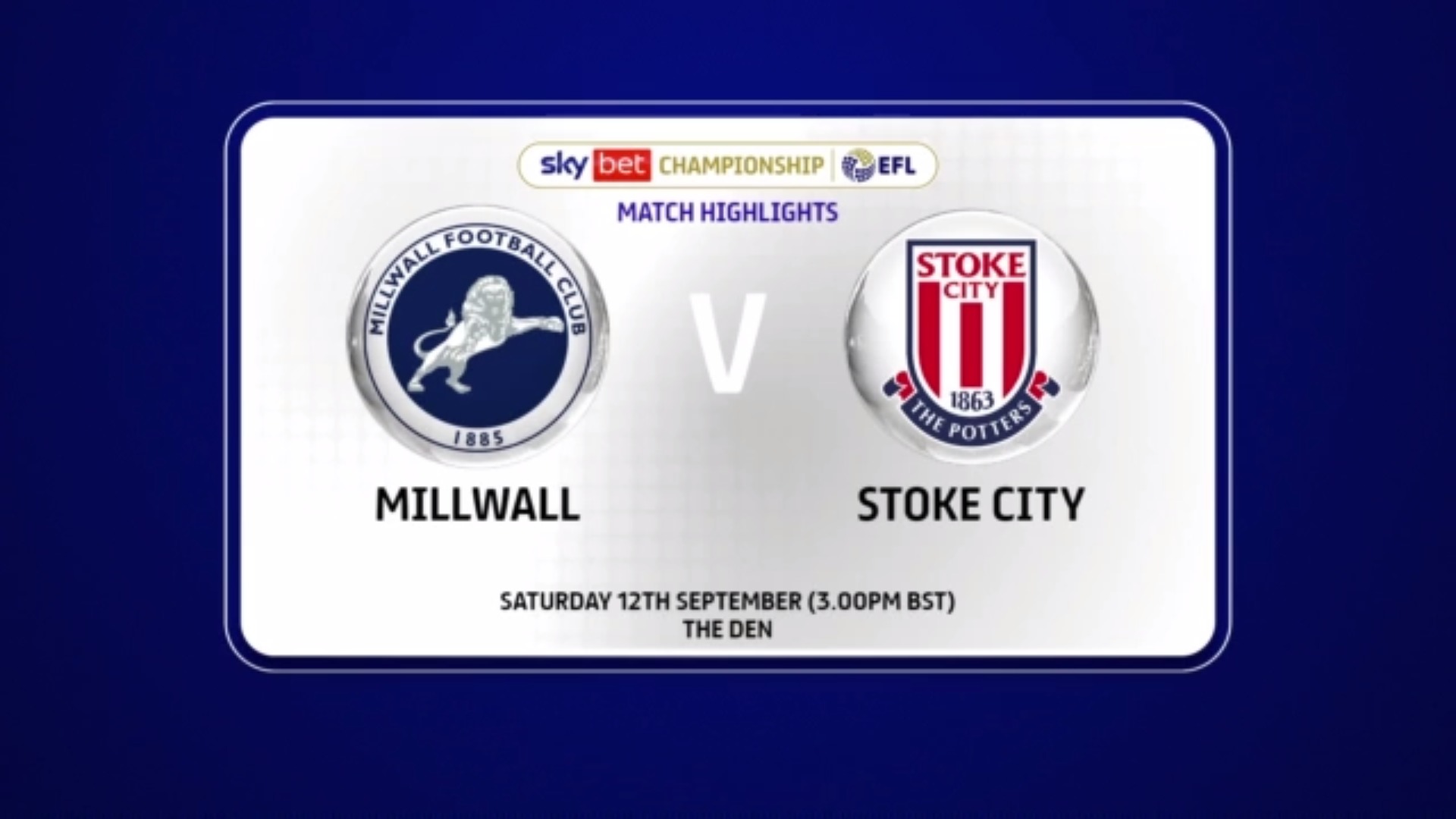 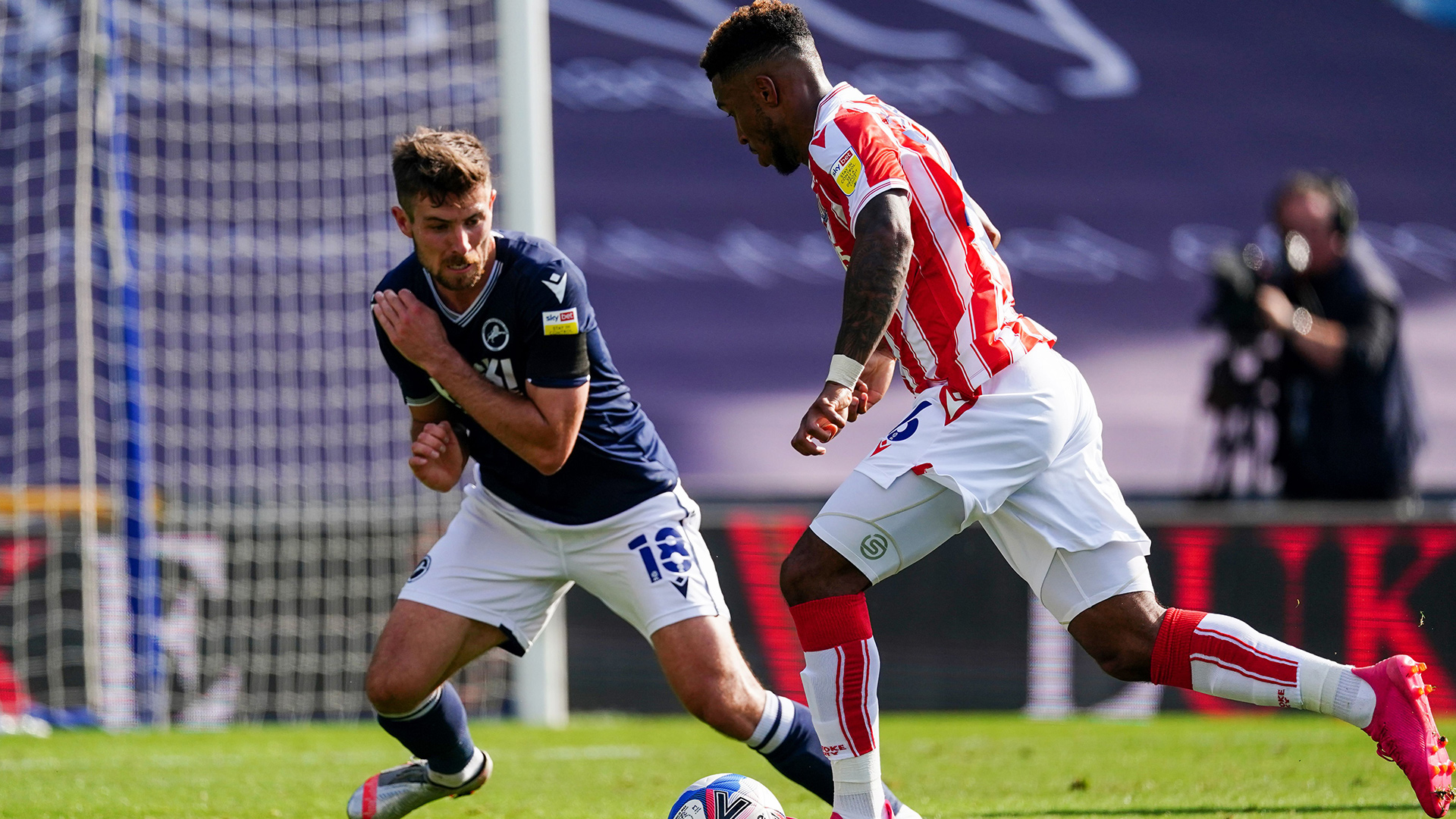