Millwall take on Burnley in a Carabao Cup Third Round tie at The Den on Wednesday night (kick-off 7pm).

The Lions will head into the meeting with Sean Dyche's Premier League outfit in good form, having won three and drawn one of their four matches so far in 2020/21.

Crawley Town and Cheltenham Town were defeated by Gary Rowett's side to get this far, whilst The Clarets saw off Sheffield United in a penalty shootout to reach Round Three.

The manager may opt to freshen things up with regards to team selection - names such as Murray Wallace, Connor Mahoney, Matt Smith and Jon Dadi Bodvarsson could come into the side, whilst Troy Parrott could make a return from injury to play some part in the fixture.

Wednesday's matched will be streamed via carabaocup.live, with Match Passes available priced at £10. To purchase - and sign-up - click here.

A 24-page matchday programme, priced at £2, is also available, and can be purchased here.

Millwall exited the Carabao Cup at the Third Round stage on Wednesday night as Burnley were 2-0 winners at The Den.

Josh Brownhill's stunning effort on the stroke of half-time and a late Matej Vydra goal were enough to send The Clarets through to a Round Four meeting with either Manchester City or AFC Bournemouth.

Gary Rowett opted for a 4-2-3-1 system against The Clarets, with Matt Smith supported in attack by Connor Mahoney, Jon Dadi Bodvarsson and Troy Parrott, who made his Lions debut after a period out with injury.

Jake Cooper, meanwhile, was rested for the first time since being an unused substitute in last season's 2-1 Carabao Cup First Round victory over West Bromwich Albion.

The first chance came with five minutes played and fell the way of Millwall, but Bailey Peacock-Farrell stretched to tip Smith's header behind after Shane Ferguson crossed. The Lions were playing some nice football early on against their higher opponents, and with 10 minutes on the clock the opening goal nearly came through Bodvarsson, but a strong Burnley defence was able to block his goal-bound effort.

Burnley's first effort, meanwhile, came from a free-kick two minutes later, but Jay Rodriguez headed well over the crossbar. That move was to spell the end of Rodriguez's night, as he landed awkwardly and had to be replaced by ex-Lion Chris Wood.

Bodvarsson's shot from outside the area had Peacock-Farrell scrambling to save as Millwall continued to probe for the opener, before a Smith header was cleared off the line and a Murray Wallace follow-up was just wide as The Lions continued to dominate in front of goal at the halfway point of the first-half.

At the other end, Vydra tried to find a way to goal but was pushed away by Millwall's defence, with Matt Lowton drilling well wide 12 minutes before the half-time break. As both sides continued to search for a goal as the rest period approached, Vydra turned on the edge of the box, but failed to trouble Bartosz Bialkowski.

However, right on the stroke of half-time, The Clarets took the lead as Brownhill unleashed an unstoppable strike - which left Bialkowski with absolutely no chance - from around 25 yards out.

The second-half was six minutes old when Dwight McNeil sent over a cross to the awaiting Wood at the back post, but the striker's neck muscles could not be strained far enough to make contact with the ball.

The Clarets were giving away a lot of fouls as the hour-mark approached - goalscorer Brownhill was shown a yellow card for shoving Mahlon Romeo to the floor amongst them - and The Lions continued on the attack; a chance fell the way of Mahoney with 59 minutes played, but after Bodvarsson's good work set up the winger, his failure to shoot first time allowed the Burnley back-line to crowd him out.

Charlie Taylor's inviting cross evaded everyone with just over 25 minutes remaining, before Romeo dispossessed McNeil and crossed, but the attack ended with Bodvarsson firing wide. Hayden Muller was introduced in place of Romeo shortly after, and he was straight into the attack for Millwall in feeding Mahoney, but the cross was dealt with by Peacock-Farrell.

The pace of McNeill down Millwall's right-hand side was too much for Thompson to handle with 75 minutes on the clock, but whilst the cross was inch-perfect for Wood, his header went wide of the post. Vydra then ghosted in behind The Lions' defence and looked set to score, but the attentions of Bialkowski were just enough to avert the ball away from danger.

As the clock began to tick into the eighties, the game opened up and both sides were able to attack - Burnley substitute Ashley Westwood's fantastic cross-field ball looked set to end at the feet of the onrush Vydra just a few yards out, but fortunately the ball ran out of play for a goal-kick.

At the other end, Bialkowski's long kick and Smith's nod forward almost gave Mason Bennett the chance to lob Peacock-Farrell, but the defence scrambled the ball behind. A moment later, Ferguson's cross was put on a plate for the unmarked Shaun Hutchinson on the edge of the six-yard box, but the defender glanced wide.

The opportunities kept coming, this time through Burnley substitute Anthony Glennon's inviting ball into the box, but once more Wood was inches away from contact. Late on, after Muller blocked an effort from Vydra, the striker had the last laugh as he stroked home to double the lead and end The Lions' hopes. 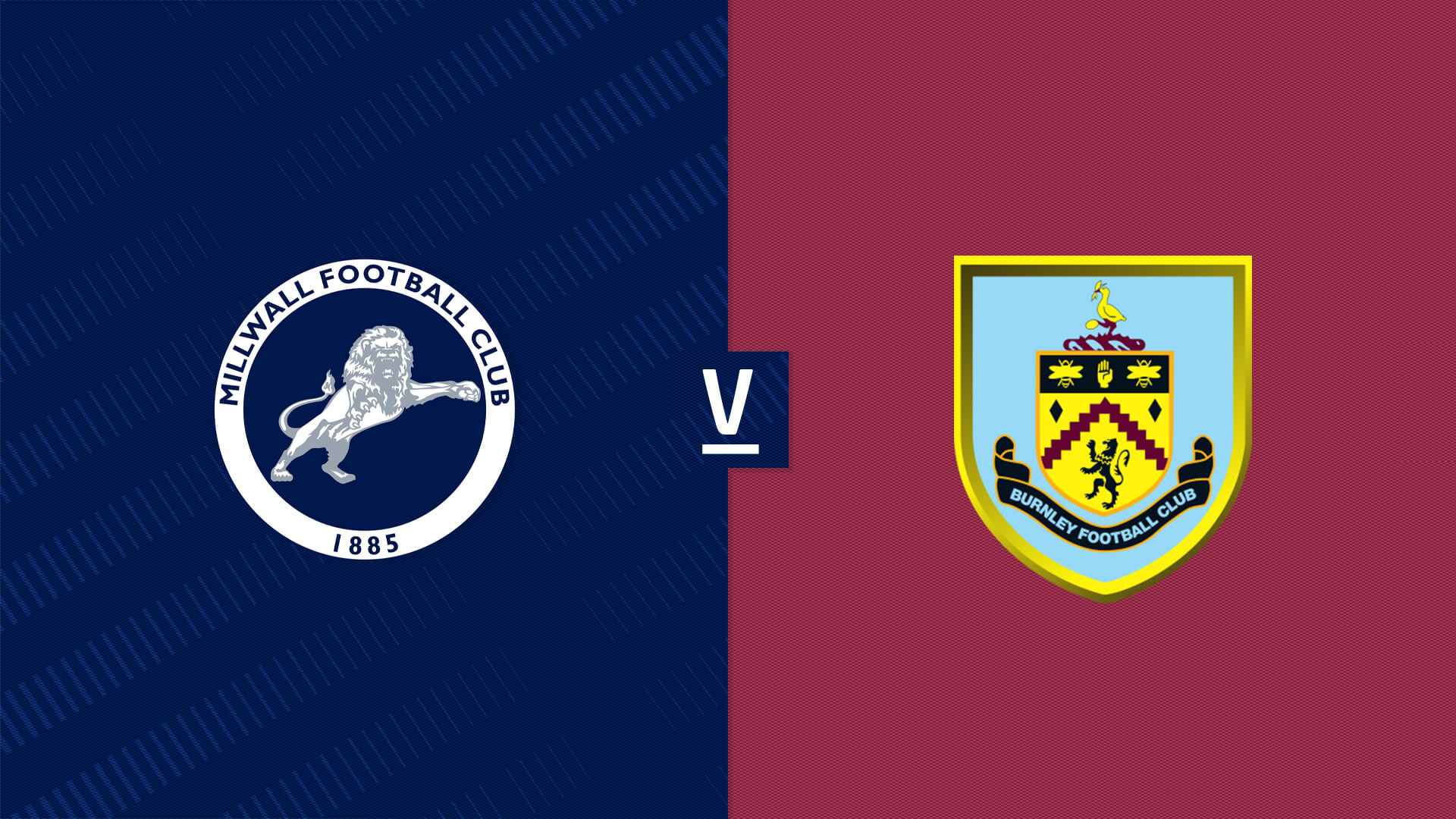 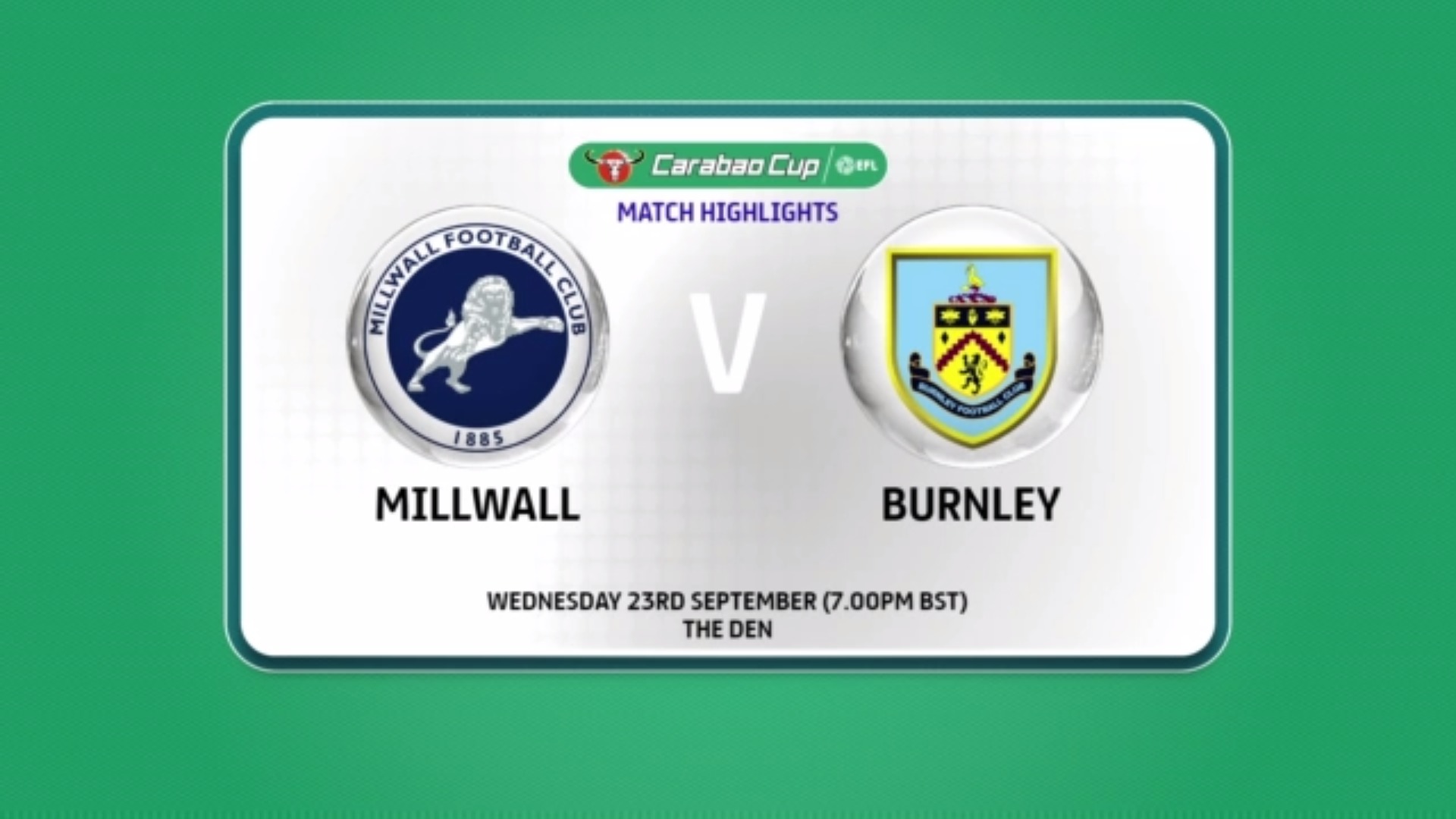 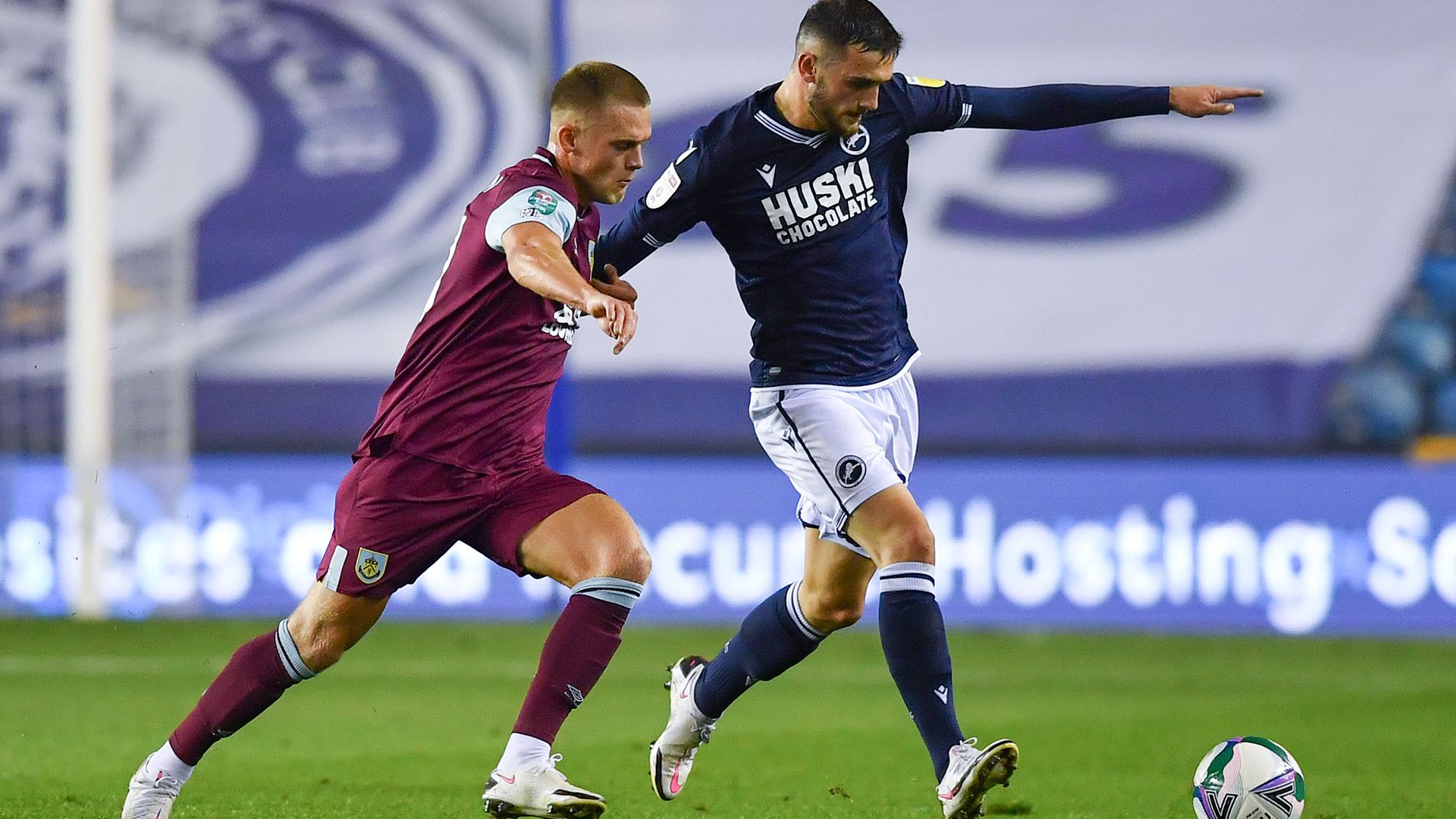