Millwall take on Brentford in the Sky Bet Championship at The Den on Saturday afternoon (kick-off 3pm).

The Lions bowed out of the Carabao Cup at the Third Round stage on Wednesday night after Premier League outfit Burnley were 2-0 winners, but Gary Rowett's side are back in League action having picked up four points from six in their opening two matches and are yet to concede a goal.

The boss made eight changes to his side for the tie with The Clarets, and all of those will be expected to come back into the side, including Jake Cooper, who missed his first game since the Carabao Cup First Round victory over West Bromwich Albion in August 2019.

The matchday programme for the game can be purchased here, whilst you can read the thoughts of Gary Rowett on the absence of supporters inside the stadium - and therefore the financial effect - as well as the visit of Thomas Frank's men by clicking the relevant links.

Millwall and Brentford shared the points in the Sky Bet Championship on Saturday afternoon as the two clubs drew 1-1 at The Den.

Jed Wallace nodded The Lions into an early lead, but Ivan Toney converted from the penalty spot in the 21st minute to level the score.

That meant Millwall conceded for the first time this season in the League, but they are still yet to concede from open play.

Gary Rowett opted to revert back to the starting XI which defeated Rotherham United last weekend, meaning there were places in the team once again for the likes of Scott Malone, Ryan Leonard and Jed Wallace.

Meanwhile, there was a welcome return to the matchday squad for goalkeeper Frank Fielding, who took his place on the bench.

The first action of the game came from the dugout, as Rico Henry was forced off through injury just three minutes into the game - Dominic Thompson his replacement.

Just a minute after that came the second moment of the game - and it resulted in a Millwall goal. Mason Bennett battled with Pontus Jansson down The Lions left-hand side, and after the Bees defender lost his boot in the battle, Bennett was able to pick out Jed Wallace with a cross which the midfielder headed home from inside the penalty area.

After that frenetic start, Brentford's first opportunity came with nine minutes on the clock, but Ivan Toney sliced his effort wide, with Emiliano Marcondes getting a free-kick horribly wrong 10 minutes later.

It looked as though The Bees would get back on level terms just seconds later, but as Toney broke through, the Millwall defence were there to clear the ball to safety. However, just mere moments after that, Toney had the chance for redemption as referee David Coote pointed to the spot after he was fouled by Shaun Hutchinson - the striker stepping up to send Bartosz Bialkowski the wrong way and level the score.

Hutchinson then failed to see the ball out of play on the half-hour mark and allowed Sergi Canos to nip in and charge into the box, but fortunately his cross was cut out by Jake Cooper before reaching Toney.

The Lions had a couple of great opportunities with 10 minutes to play until the break, but after Malone's cross was just too high for the head of Bennett, a follow-up effort from Mahlon Romeo cracked the post before bouncing to safety.

There were half-chances for both sides - in the space of seconds - in first-half stoppage-time, but after The Lions couldn't convert a corner at one end, Bryan Mbeumo raced down the other to fire well over.

Just three minutes into the second-half it seemed as if Brentford would nudge themselves into the lead, but as a cross came in, heroic defending from Malone stopped Josh Da Silva from having a simple tap-in to contend with. From the resulting corner-kick, Christian Norgaard's glancing header bounced across goal and - fortunately - rolled just wide of the far post.

At the other end, Romeo's left-footed curler forced Luke Daniels to tip over the crossbar with 54 minutes played, with the next opportunity coming 10 minutes later, but no one was able to get on the end of Malone's low cross into the Brentford area.

On 72 minutes came a golden chance for Millwall, but after Bennett did well to lay the ball into the path of Tom Bradshaw, the striker's hit went just wide of the near post.

As the game neared its conclusion both sides continued to probe for the winner, and the double substitution of Jon Dadi Bodvarsson and Connor Mahoney entering the action in place of Bradshaw and Bennett attempted to give The Lions that added impetus - but the next opportunity went the way of The Bees, with Jansson heading just over from a free-kick.

Alex Pearce then had to strain his neck muscles to glance an inviting Said Benrahma cross over the bar as Brentford came on strong with five minutes remaining, whilst at the other end Luke Daniels was troubled by a Jed Wallace cross and a Cooper header, but neither chance could be directed into the net. 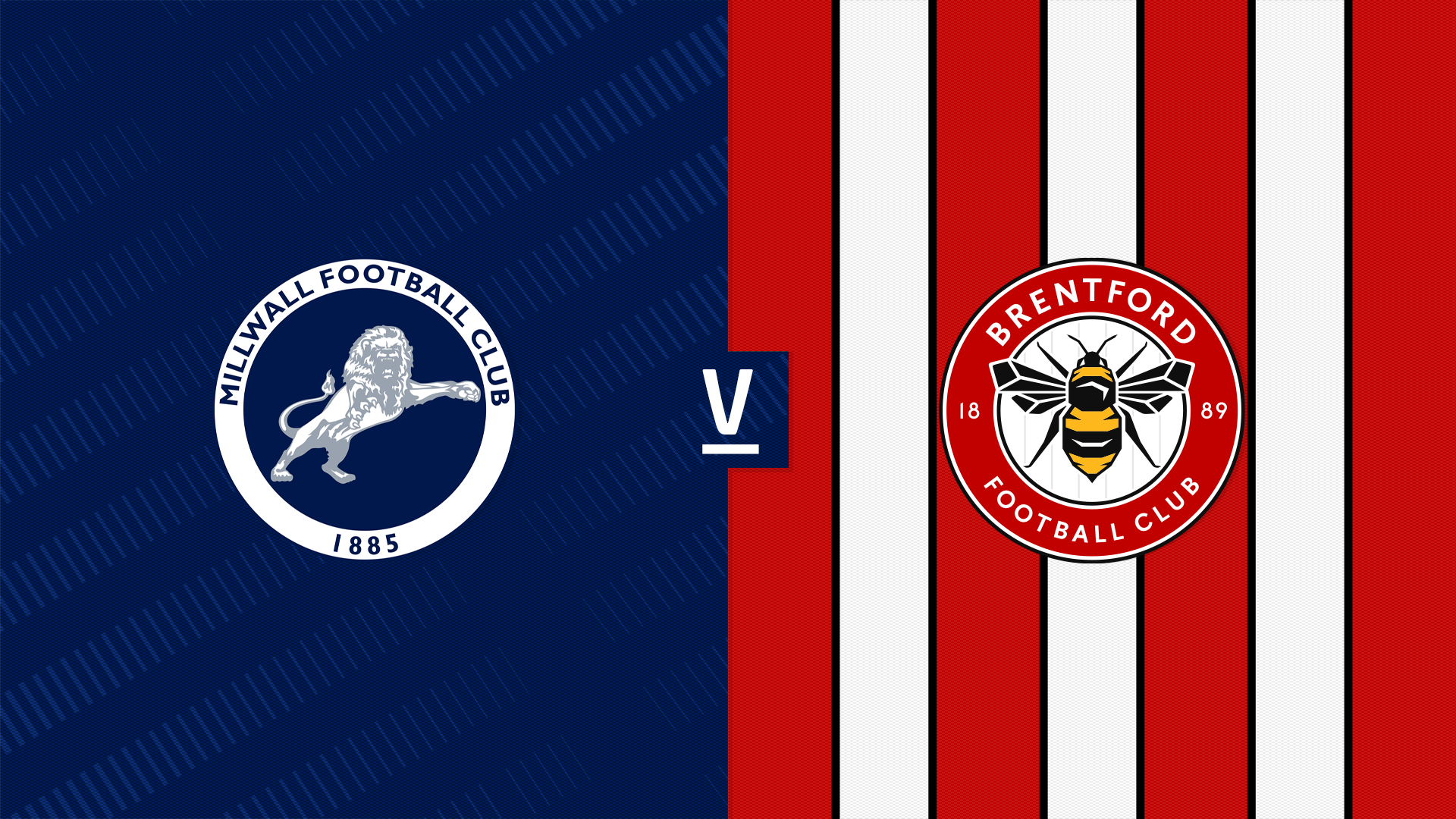 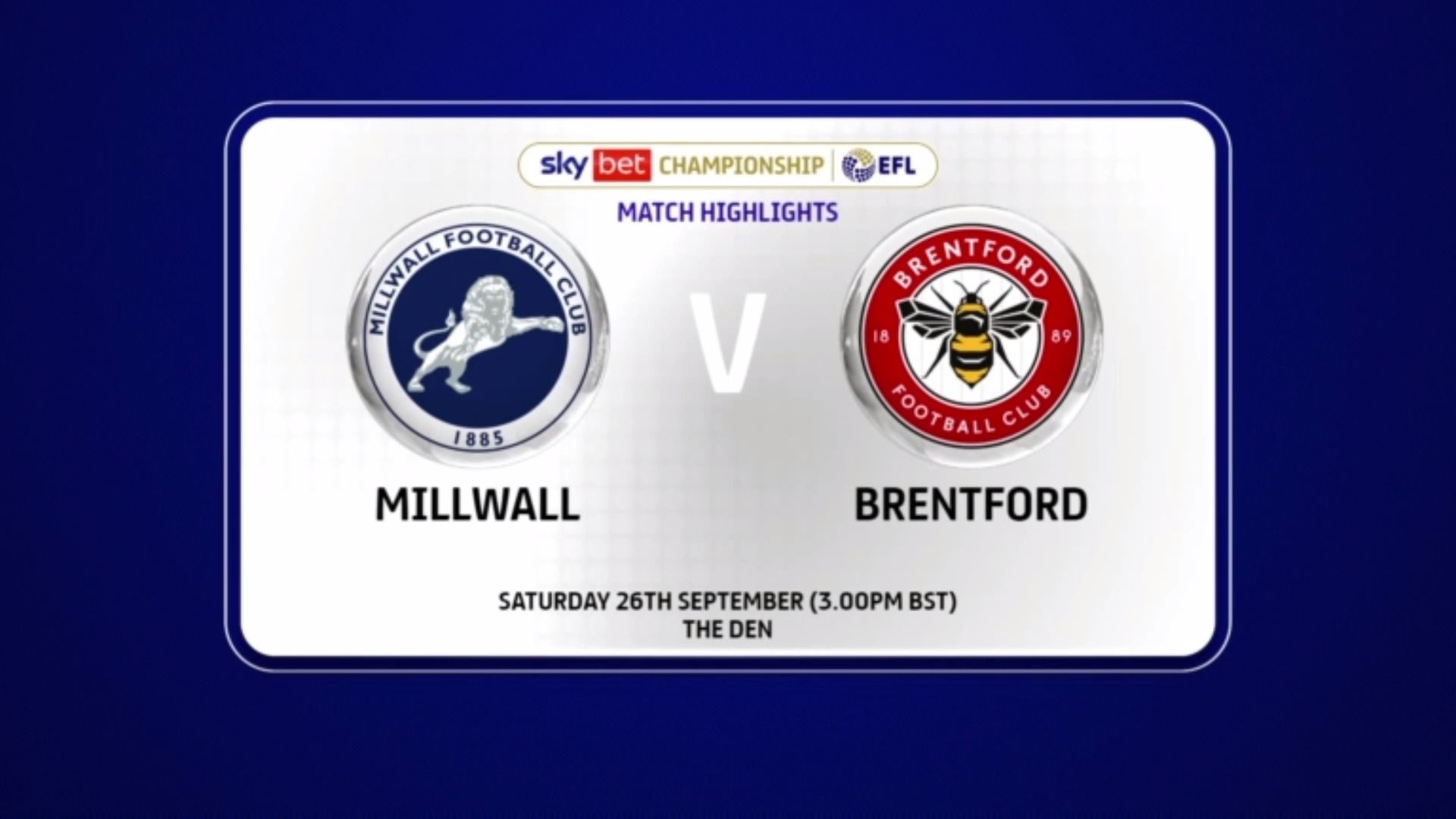 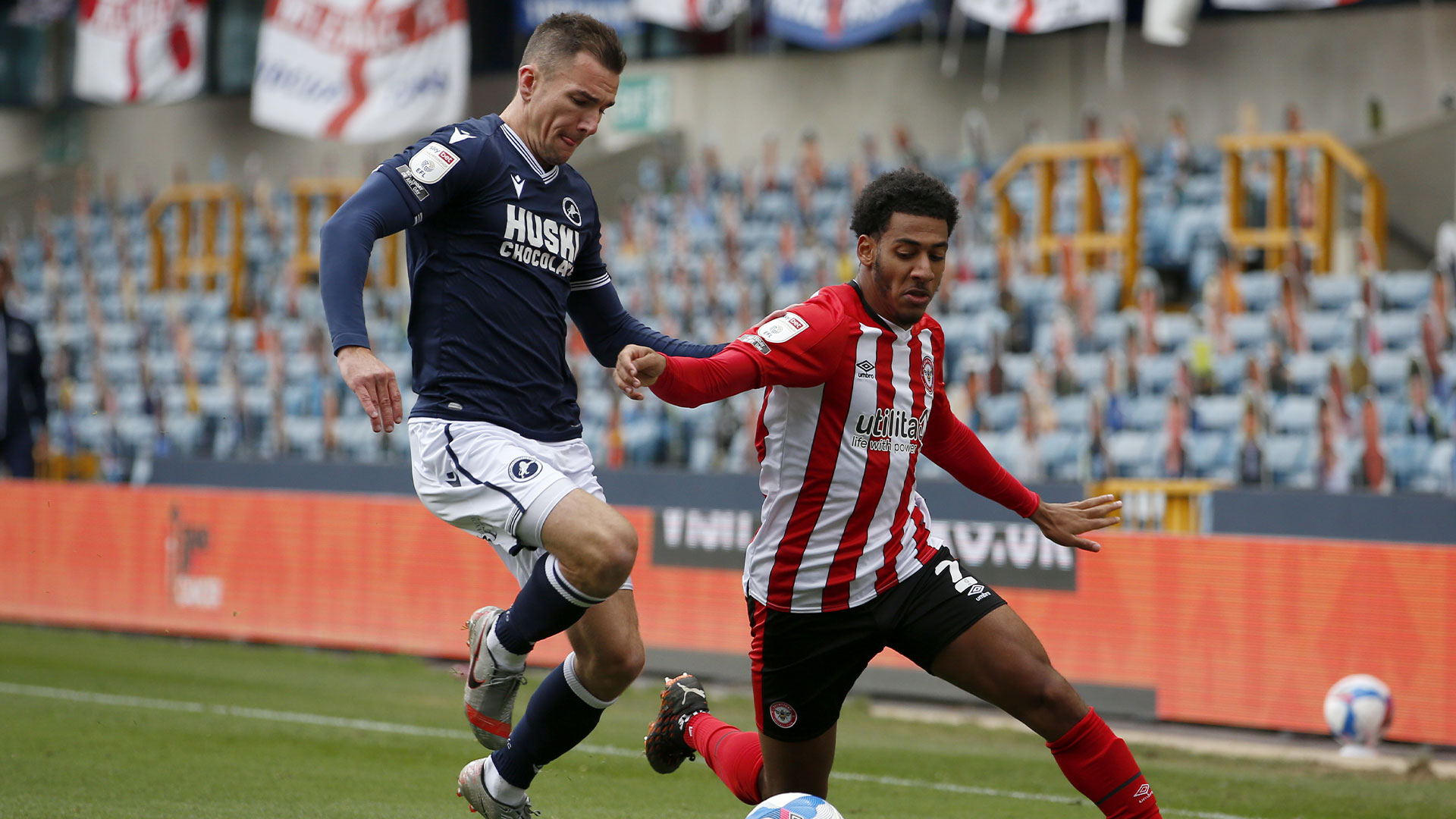