After bombarding The Hatters' goal in the first-half, Millwall finally got their reward when Matt Smith's header was deflected home by Cranie deep into stoppage-time, before a moment of individual brilliance from Mahoney sealed the game with a little over 10 minutes remaining.

The win is Millwall's first League success at home this season.

Gary Rowett opted to make one change to his starting XI from Saturday's victory over Wycombe Wanderers, with Mason Bennett coming back into the squad at the expense of Tom Bradshaw, who dropped to the bench - a place which new loan signing Kenneth Zohore stepped up to.

The game started in even fashion in SE16, with the first shot of the night coming with six minutes on the clock, but Mahoney's effort was easy for Simon Sluga.

Three minutes later The Lions perhaps should have taken an early lead, but after Bennett's smart touch found Ryan Leonard in space inside the penalty area, his shot went wide of the far post. Murray Wallace was then bundled over inside the box as Millwall saw a penalty shout turned down by referee Tony Harrington.

Mahoney's cross was headed just wide by Jake Cooper as the Millwall barrage of the Luton goal continued, but the next opportunity went the way of The Hatters after a corner routine saw the ball land at the feet of Pelly-Ruddock Mpanzu on the edge of the area - his shot, however, found the upper tier of the Cold Blow Lane end.

With 36 minutes on the clock, Mahlon Romeo managed to get a low cross into the box despite being fouled, but Mahoney missed his kick when unmarked on the penalty spot. Murray and Jed Wallace both attempted to follow up, but the latter struck wide to end the attack. Mahoney did get his revenge with four minutes to go until the break, but his long-range effort was parried wide by Sluga.

The Lions forced a quartet of corner-kicks in first-half stoppage-time, and with the final one, with half-time looming, they got the reward that their first-half play had deserved. A deep kick from Mahoney found Smith at the back post and the striker's header, bundled amongst a clutch of bodies, crept home off the foot of Cranie.

Five minutes into the second-half, The Lions - somehow - failed to double their lead. After the ball was worked to Bennett on the edge of the penalty area, he fed Jed Wallace, but after the winger was clean through on goal following his marker's slip, Millwall's number seven sliced his effort wide.

The Hatters were perhaps unfortunate not to be given a spot-kick for a push on Danny Hylton with 54 minutes played, and with the visitors starting to creep back into the game, substitute Joe Morrell let fly from distance six minutes later, but the ball whistled wide of Bartosz Bialkowski's post.

Good work from Mahoney, Jed Wallace and substitute Scott Malone saw the latter flash an enticing cross across the face of goal with a little over 20 minutes remaining, but no Millwall man was there for a tap-in. LuaLua then tried his luck from outside the area seconds later, but Bialkowski was untroubled.

With 11 minutes remaining and Luton stiill pushing, The Lions broke away up the other end and claimed their second goal. As the ball found Mahoney on Millwall's left-hand side, the winger struck across goal and found the woodwork at the far post, but after beating the despairing dive of Sluga, it had enough power to cannon into the opposite corner of the net.

After Zohore was brought on for his Lions debut, there were seven minutes left on the clock when it looked as though The Hatters would halve the deficit, but Bialkowski extended his arm to its full capacity to tip Cranie's poke towards goal wide, with the resulting corner cleared away.

Four minutes remained when a calamitous clearance from Morrell presented Shaun Hutchinson with a chance to treble The Lions' lead, but he got his effort horribly wrong. Luton had one more chance to reduce the arrears in second-half stoppage-time, but Mpanzu nodded wide. 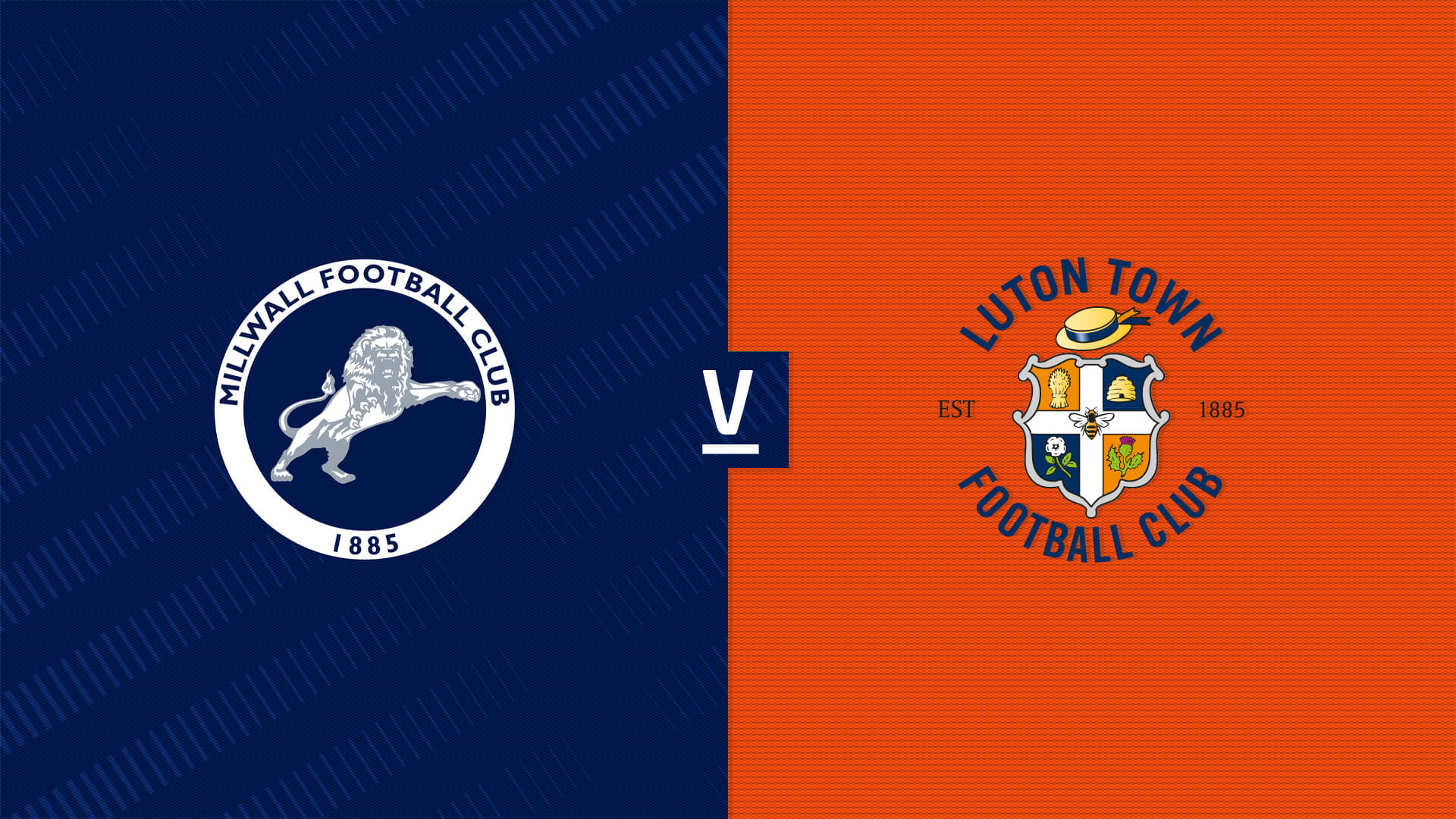 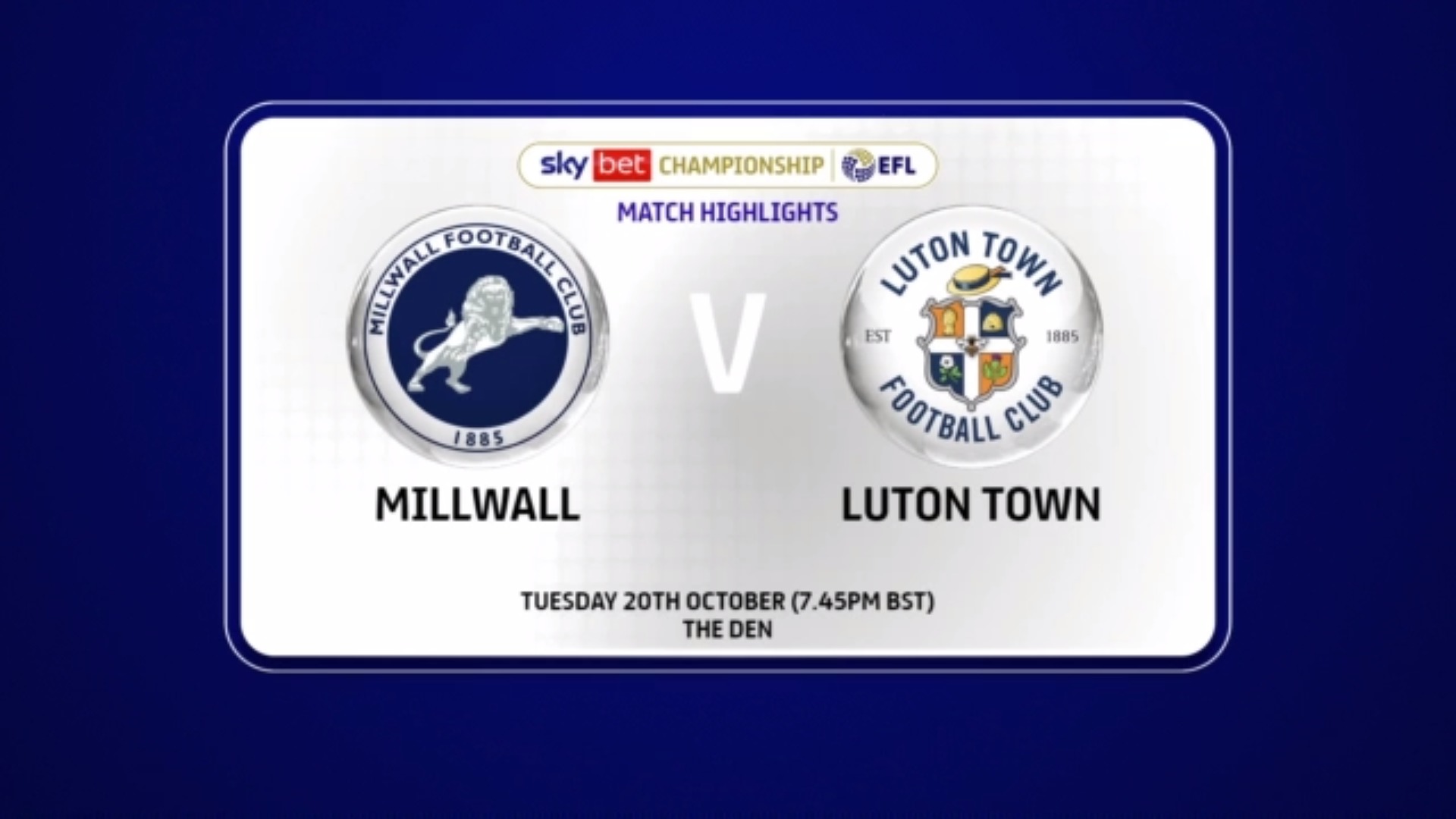 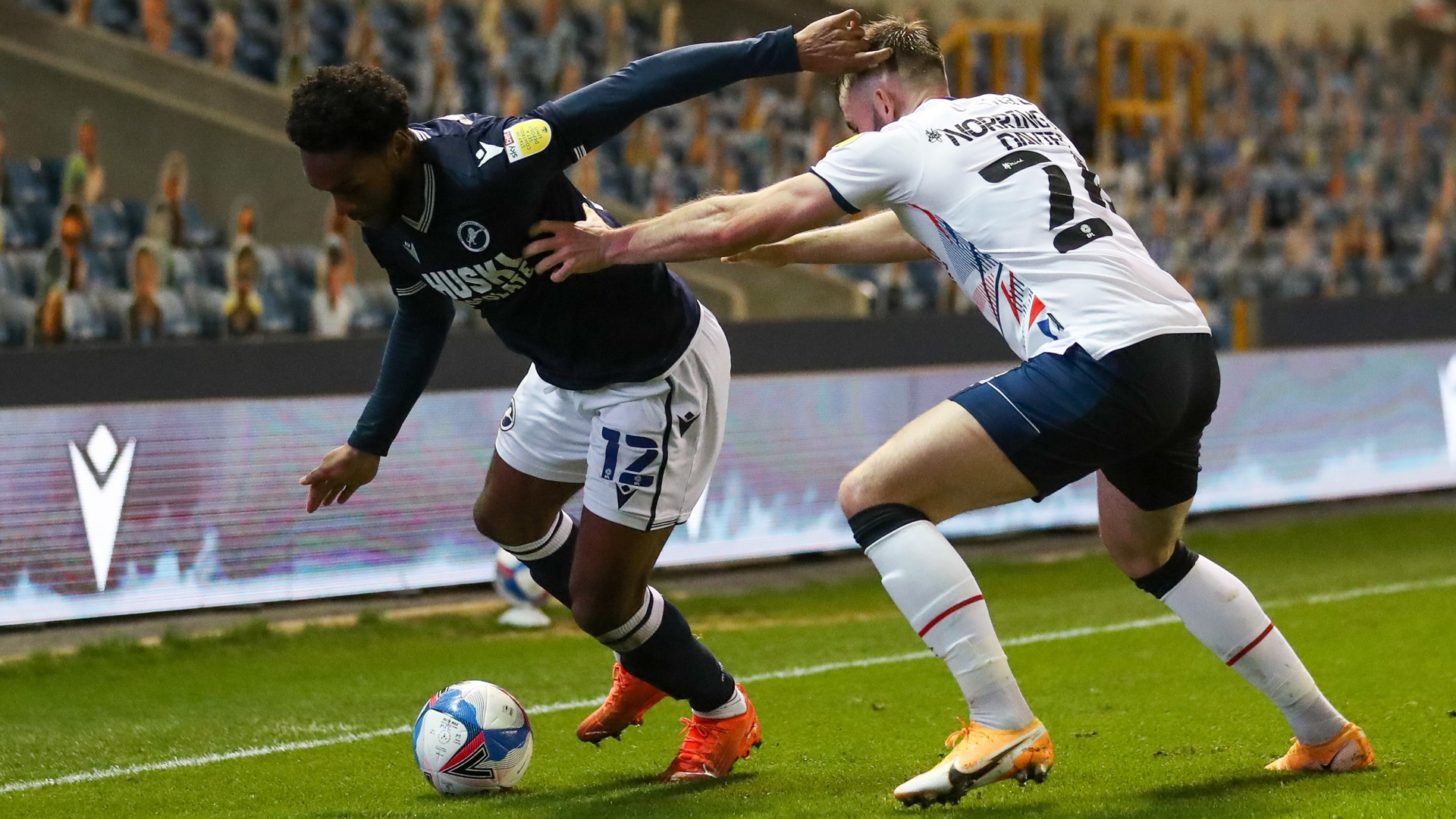