Millwall head to Sheffield Wednesday on Saturday afternoon for the final Sky Bet Championship game before the second international break of the season (kick-off 3pm).

The Lions bounced back from last Saturday's defeat to Huddersfield Town with a creditable draw at Norwich City on Tuesday night, and Gary Rowett's side will now look to build on that against The Owls.

Wednesday, however, will be buoyed by the decision to halve their points deduction this week - a notion which now means the Hillsborough outfit move to within three points of stepping out the relegation zone.

Troy Parrott and Kenneth Zohore will miss the trip, as will Billy Mitchell, although the combative midfielder is now working his way back to full fitness. Rowett otherwise has a fully-fit squad to select from and may opt to stick with the same starting XI from Carrow Road in the week.

The only way to watch Saturday's game is with an iFollow Match Pass, priced at £10. For more information and to purchase, click here.

Meanwhile, Shaun Hutchinson spoke to millwallfc.co.uk after making his 150th appearance for The Lions in Norfolk, and you can hear what the defender had to say by clicking here.

Sheffield Wednesday and Millwall played out a goalless draw in the Sky Bet Championship on Saturday afternoon.

In an afternoon full of half-chances, neither side were able to take the advantage and claim all three points.

After the remembrance commemorations were completed, the game got underway, with the first chance of the afternoon going to the home side. After Murray Wallace dallied on the ball, Elias Kachunga raced towards goal and perhaps should have done better with his effort, but he struck wide.

From there the game became a bit of a midfield battle, but with 20 minutes on the clock came The Lions' best chance to date as Bennett found a way into the penalty area and sent the ball into the path of Scott Malone, but the wing-back's header went past the far post.

Jed Wallace then looked for Smith, who was lurking around the penalty spot, with a cross, but after the ball broke to the feet of Leonard, his shot was dragged wide.

With chances few and far between, a collision between two Wednesday players in the centre-circle led to a Millwall breakaway just after the half-hour mark, but with both Bennett and Malone charging forward to attack, the build-up play was too slow and The Owls' defence was able to get back and recover.

Most of the home side's attacks were coming via sloppy play from The Lions, and Shaun Hutchinson's concession of the ball on 34 minutes allowed Josh Windass a run at goal, but Bartosz Bialkowski stood strong to save his shot from the edge of the six-yard box.

Jed Wallace struck over with three minutes to play until the break, and whilst the attacker had the last chance of the first-half, he also had the first of the second, but his long-range free-kick hit the side-netting.

Bialkowski then had to save from Windass at the other end, and that could - and should - have proved pivotal, as with 50 minutes played, Jed Wallace's corner was met by the head of Hutchinson, but he headed over the crossbar from inside the six-yard box.

Millwall's goalkeeper smartly stopped from Adam Reach as the game began to open up, with Bialkowski yet again coming to the rescue from Kachunga's effort moments later. Another concession of possession, this time from Jed Wallace, allowed Wednesday to test the Pole once more on 58 minutes, but yet again he was equal to an effort from Reach.

The Lions were able to ride the pressure put on them by Sheffield Wednesday, but were unable to muster any kind of shot on goal as the last 20 minutes got underway - Bennett striking well wide on 77 minutes the closest they came. Substitute Connor Mahoney's cross was inch-perfect for the unmarked Smith just seconds later, but the striker got his angles wrong and nodded well wide of the post.

In the final minute Millwall were able to break away, but after Mahoney cut inside and shot, the ball broke to Leonard; his attempt, however, was also stopped by the Wednesday defence.

There was time for one more piece of action deep, deep into stoppage-time, but Bialkowski was able to gather a header amongst a clutch of bodies at full stretch. 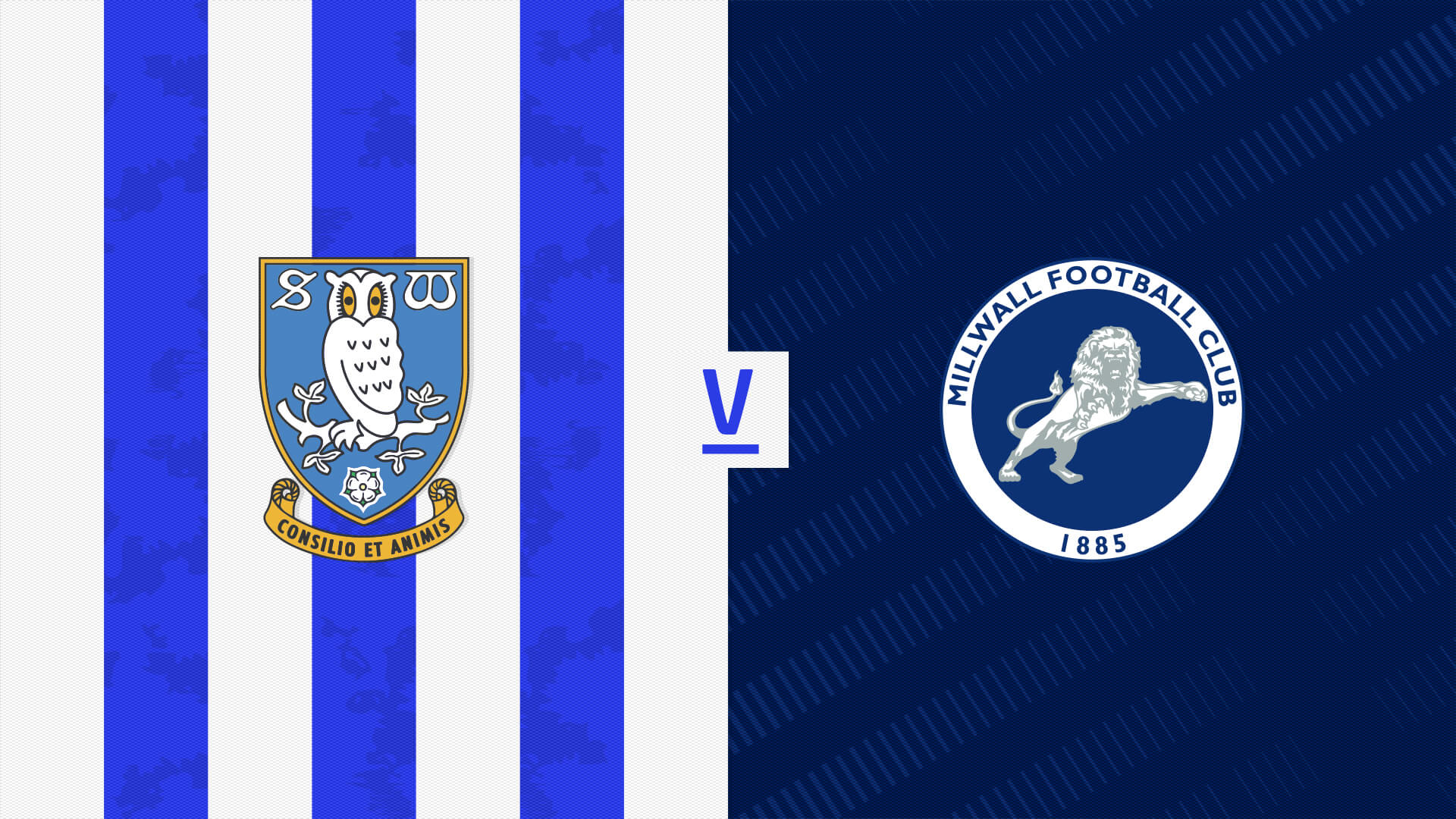 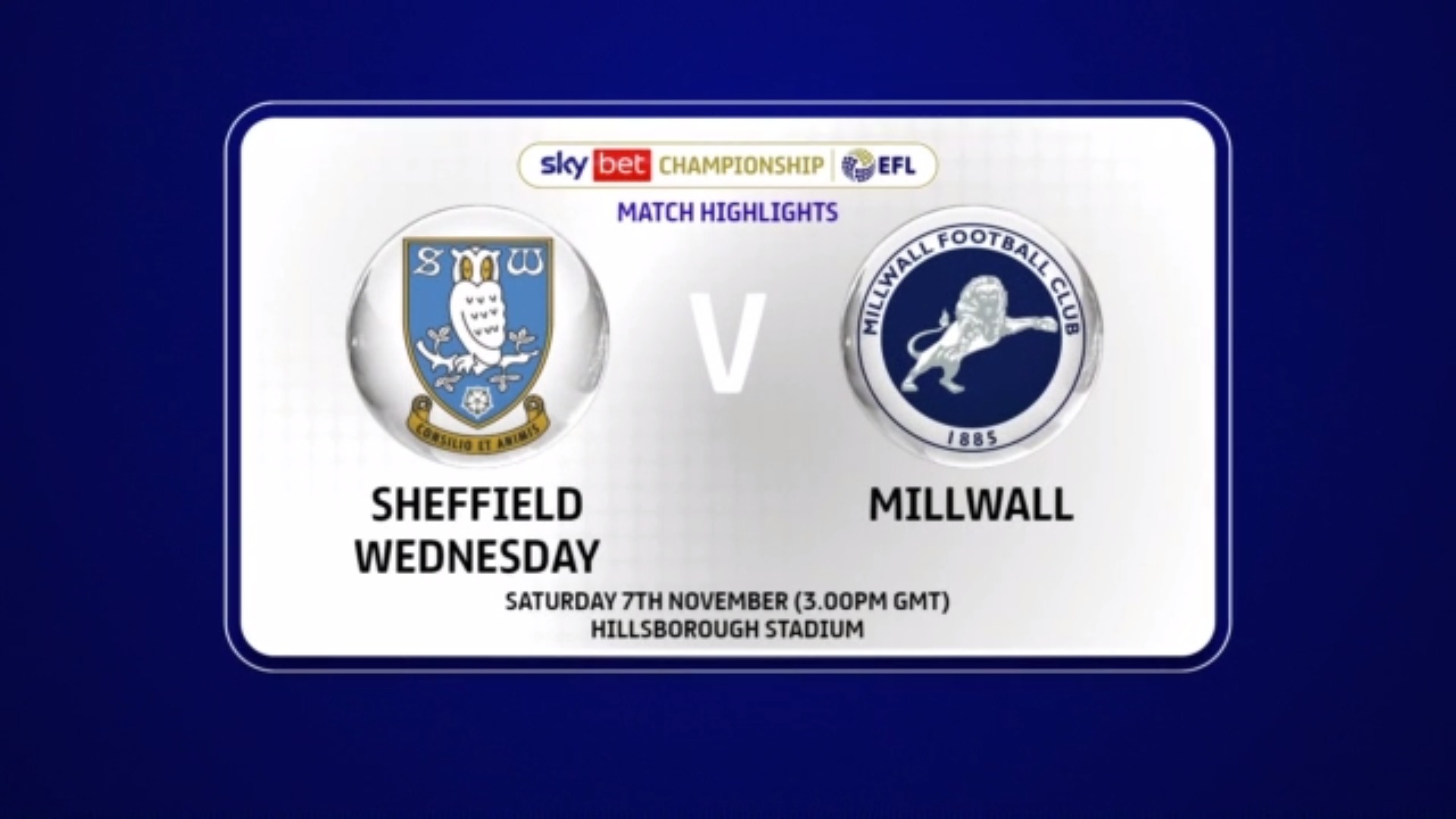