Millwall travel to Carrow Road to take on Norwich City in the Sky Bet Championship on Tuesday night (kick-off 7pm).

The Lions' unbeaten run ground to a halt on Saturday afternoon as Huddersfield Town were winners at The Den, but Gary Rowett's side - who will have the manager back in the dugout in Norfolk - are looking for a third consecutive win on the road.

Kenneth Zohore, Troy Parrott and Billy Mitchell will miss the trip, but Rowett will have an otherwise fully-fit squad to select from as The Lions wear their brand new 2020/21 third kit.

Supporters will be able to watch Tuesday's action on iFollow by purchasing a Match Pass. Priced at £10, click here for more information and to buy.

Millwall claimed a creditable 0-0 draw at Norwich City at Carrow Road in the Sky Bet Championship on Tuesday night.

The Lions had Bartosz Bialkowski to thank for some fine stops against The Canaries, but also could have won the game in its dying embers as Shaun Williams hit the woodwork.

Gary Rowett - returning to the dugout for the first time since his recovery from a positive COVID-19 test - made three changes for the visit to The Canaries, as Ryan Leonard, Connor Mahoney and Tom Bradshaw made way for Ben Thompson, Shane Ferguson and Jon Dadi Bodvarsson.

The home side carried the majority of the possession as the game experienced its early stages, and Norwich nearly found a route to goal through Teemu Pukki, but Murray Wallace stopped the striker in his tracks.

At the other end, Mahlon Romeo crossed for Scott Malone at the back post, and after he headed back into the penalty area, The Lions had a clean strike at goal - but it was Shaun Hutchinson who the ball fell to, with the defender launching his shot over the crossbar.

Przemyslaw Placheta then did the same a moment later, before a smart one-two between Romeo and Thompson ended with the former's cross seeing a coming together between Grant Hanley and Bodvarsson result in a goal-kick.

With 18 minutes on the clock, Norwich could - and perhaps should - have taken the lead, but after creating space for himself inside the box, Marco Stiepermann's shot was weak and easily gathered by Bialkowski.

Pukki, Stiepermann and Lukas Rupp all had further attempts as The Canaries attempted to nudge themselves in front, whilst in their search for the opener, Millwall were keeping the ball well but were unable to penetrate a resolute Norwich defence.

Rupp sent the ball past Bialkowski's near post and wide with five minutes to go until the break, with the same combination appearing two minutes later, with the Pole this time having to pull off a smart reflex save to stop a deflected shot, which came off the boot of Romeo.

Placheta came the closest to opening the scoring on the stroke of half-time, but his effort struck the base of the post.

A double change 10 minutes into the second-half saw Mason Bennett and Williams replace Ferguson and Thompson, a move that allowed Bennett and Jed Wallace to shadow Bodvarsson in attack, but the next chance went the way of Norwich; Romeo, however, flung himself in front of Placheta's shot to block.

The Lions invited pressure on to themselves with 63 minutes played after Cooper's sloppy pass saw Placheta pick the ball up on the edge of the area, but after he found Pukki, the Fin fortunately shot wide.

After taking an almighty hit in a challenge with Emi Buendia, Romeo was the second player to lose the ball in the space of a few minutes, but Norwich were again wasteful and struck wide. Bialkowski then kept himself big to save a shot from inside the area, before great work from Bodvarsson set Bennett away, but his through-ball to the awaiting Jed Wallace was poor and the attack fizzled out.

Pukki was denied by Bialkowski as the game ebbed into its last 11 minutes, and with both sides probing for the winner, Bennett's deflected shot looked to be bouncing behind for a corner in the final minute of normal time, but Tim Krul was able to claim.

Ben Gibson narrowly missed the target in five minutes of stoppage-time, but The Lions held firm to claim a deserved point - although they could've had all three in the final seconds, but Williams' shot clipped the crossbar. 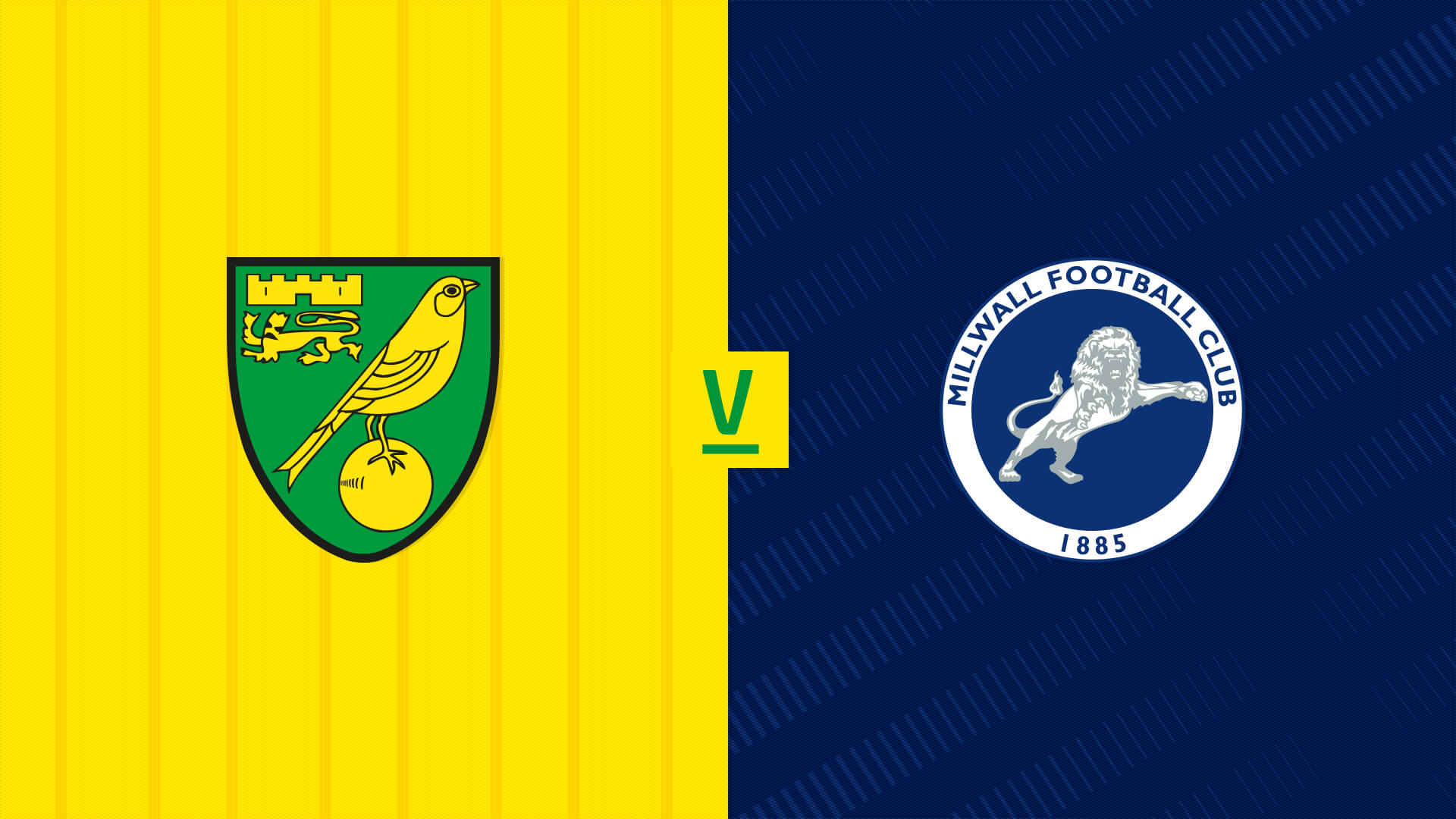 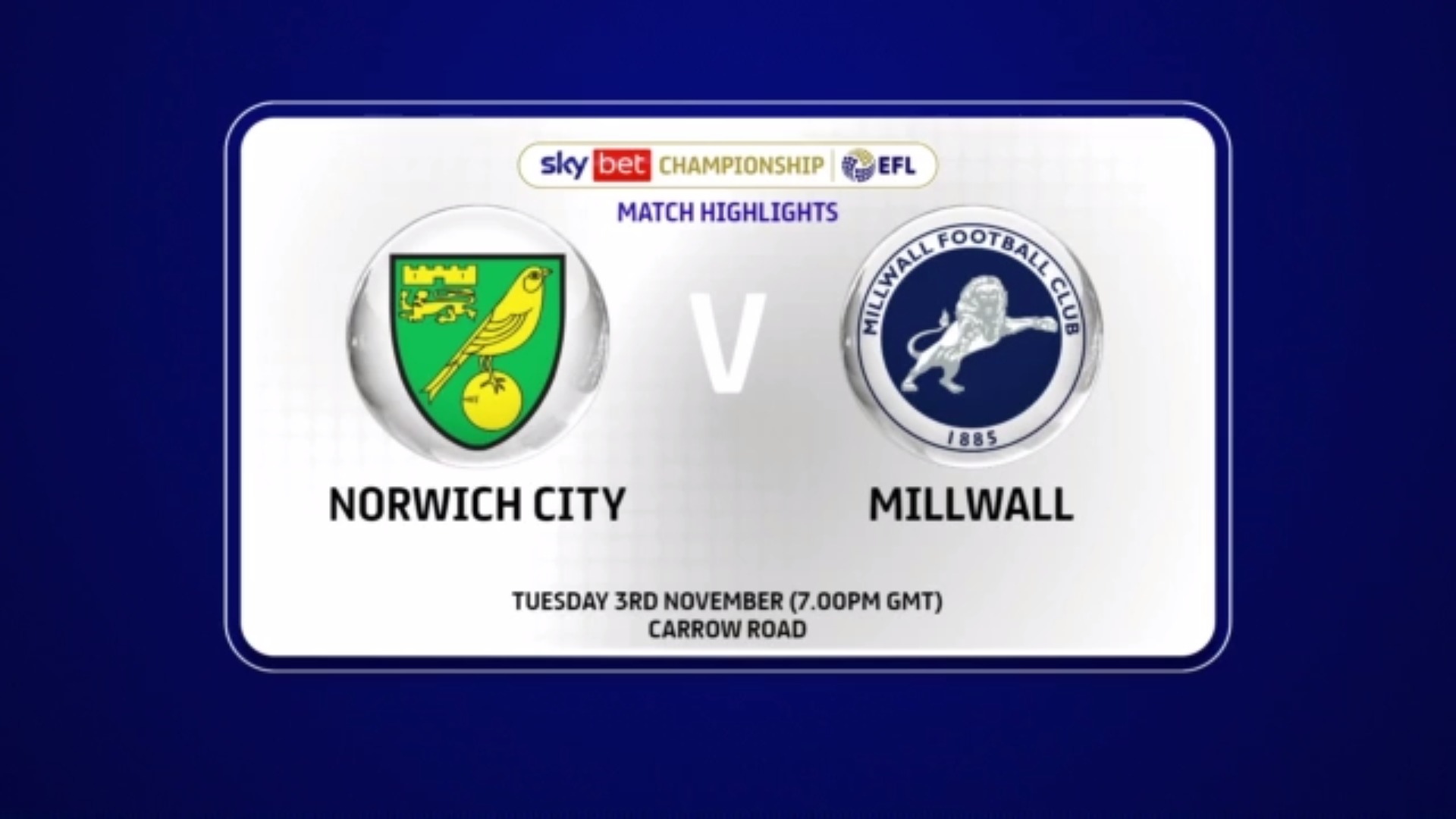 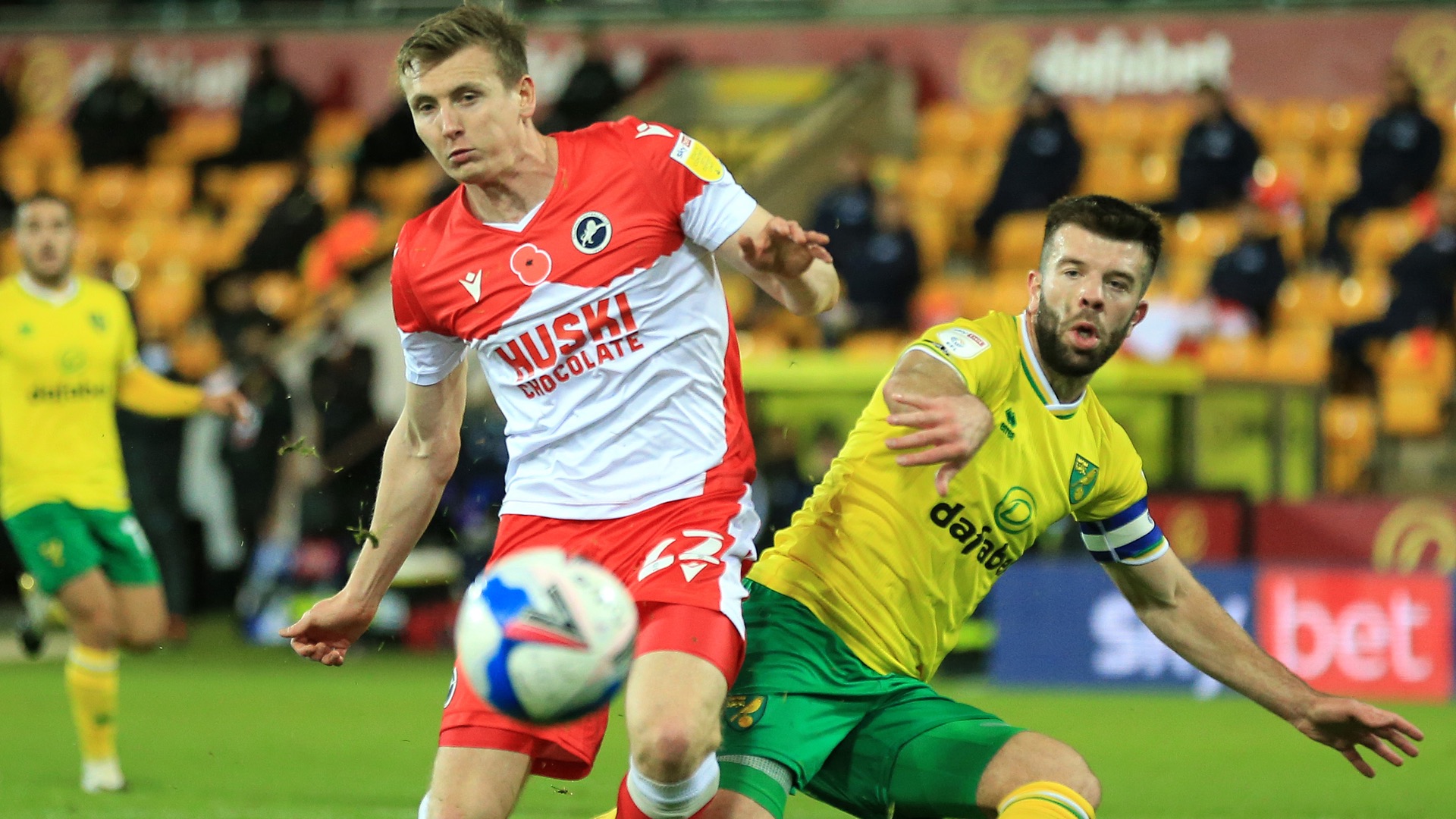