The Lions head for St Andrew's for the second time this season on the back of a 4-1 victory over Bristol City last weekend and will close out their 2020/21 campaign against The Sky Blues.

Matt Smith, Shaun Hutchinson, Ryan Leonard and Murray Wallace will all miss the journey, but Ben Thompson is now back in the squad after appearing from the bench late on against The Robins. Billy Mitchell, Danny McNamara, Hayden Muller and Tyler Burey have all been in the squad in recent times and may feature once more, too.

The only way to watch Saturday's encounter is with an iFollow Match Pass. Priced at £10, click here to purchase one and see the action.

If you are looking for things to keep you occupied before kick-off, then Tom Bradshaw and Mitchell both spoke to millwallfc.co.uk after last weekend's win, whilst Episode 10 of Wall Talk with Byron Webster is now available!

Millwall were beaten 6-1 by Coventry City in their final game of the 2020/21 Sky Bet Championship season.

McFadzean then put the ball in his own net to reduce the deficit to one, but three strikes in eight minutes from Dom Hyam, the outstanding Callum O'Hare and Matty James put Coventry 5-1 up. Tyler Walker added a sixth late on.

Gary Rowett opted to name the same starting XI from last Saturday's win over Bristol City, meaning a start for Tom Bradshaw once more in attack.

After a quiet start, the first effort of the game went the way of Coventry on 11 minutes, but Mahlon Romeo was well-placed to block Callum O'Hare's goal-bound effort.

O'Hare then broke through The Lions' defence and struck from just inside the penalty area three minutes later, but the ball rolled wide of Bartosz Bialkowski's far post.

With the home side on top, they took the lead with 16 minutes on the clock as Shipley found himself in enough space to guide a shot into the net off the post.

The goalscorer then tested Bialkowski from range as The Lions were unable to muster any kind of attacking play, but they did advance into the Coventry penalty area for the first time on 24 minutes; the ball was cleared behind, however.

Some slick play from The Sky Blues was eventually snuffed out by the defence shortly before the half-hour mark, before Romeo's drive was blocked for a corner-kick just before Marko Marosi could be tested for the first time.

Mason Bennett's effort hit the side-netting as The Lions grew more into the game, with the best attempt on goal coming just moments later as Bradshaw flicked Jed Wallace's cross towards the net - unfortunately, it hit the post and bounced to safety.

The chances kept coming for Millwall as the pendulum swung at St Andrew's, with Danny McNamara and Tom Bradshaw striking over, before Jed Wallace's cross was skewed wide by the head of Bennett just six minutes before the half-time break.

A moment of confusion between Ryan Woods and Bialkowski allowed Coventry to press and almost harrass The Lions into conceding a second with a minute to play until half-time, but the latter managed to scramble the ball away from danger.

A minute into four of injury-time, The Sky Blues were two to the good as McFadzean stretched to strike home from a corner and kill any Millwall momentum dead in its tracks.

Rowett made a triple change at half-time, bringing on Maikel Kieftenbeld, Shaun Williams and Connor Mahoney, but it was a man already on from the start - Scott Malone - who fashioned the chance for Millwall's first goal of the game on 54 minutes, as his fantastic cross was turned into his own net by Sky Blues goalscorer McFadzean.

The deficit was kept at one for just five minutes, however, as Hyam pounced quickest on a loose ball from a corner to slam home Coventry's third.

Three minutes later, it was four for The Sky Blues as O'Hare took control of Shipley's cross to fire past Bialkowski from the edge of the six-yard box.

Just five more minutes passed before Coventry added a fifth, as James was unmarked at the back post to tap past the sprawling Bialkowski following his parry.

If not for Bialkowski then it would have been six with 20 minutes to play, but the Pole tipped Max Biamou's shot round the post for a corner, which was cleared by the head of Jed Wallace.

Six minutes from time, Coventry found a sixth - and through a sixth different scorer - as Walker bundled the ball into the net at the back post. 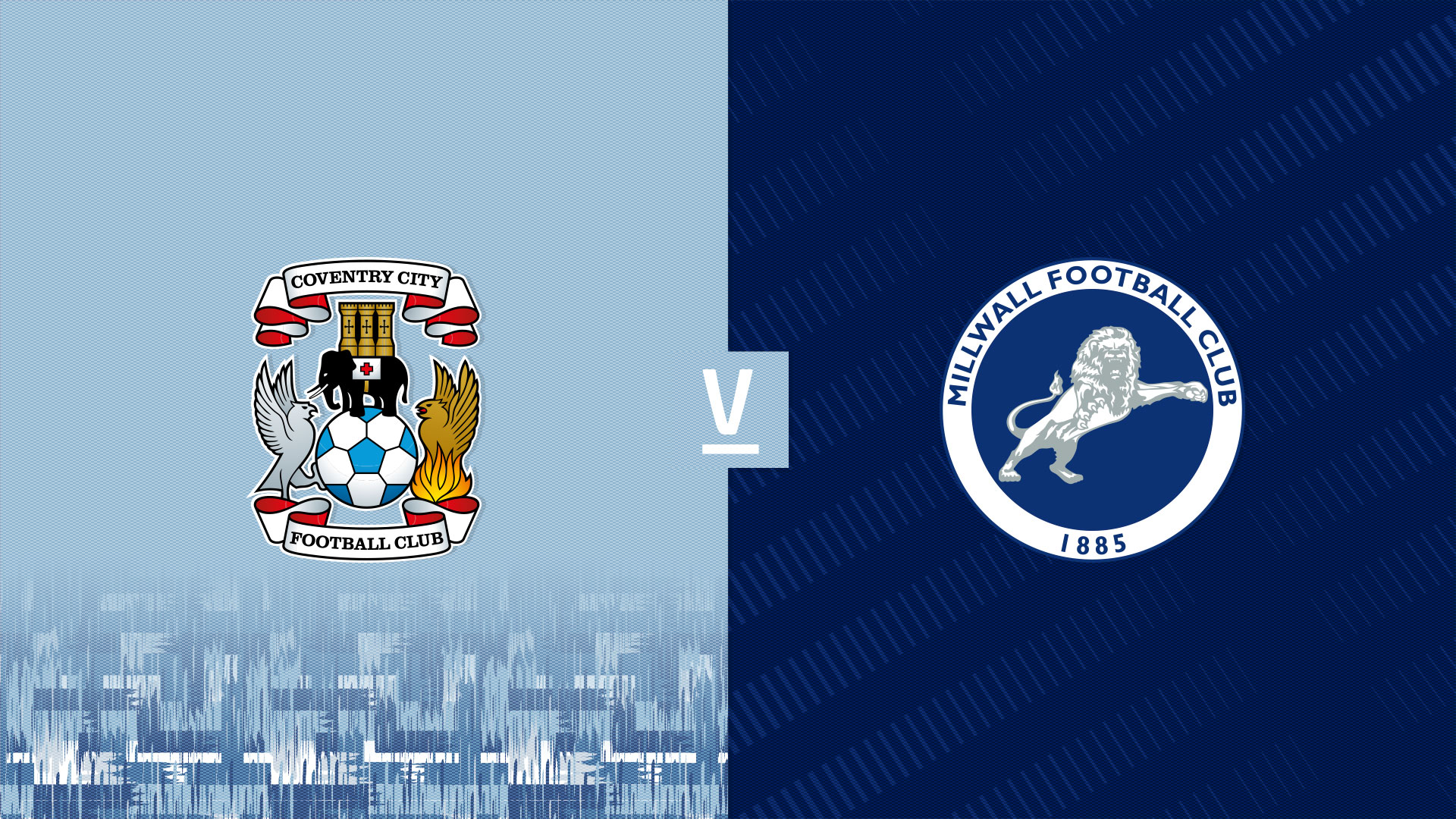 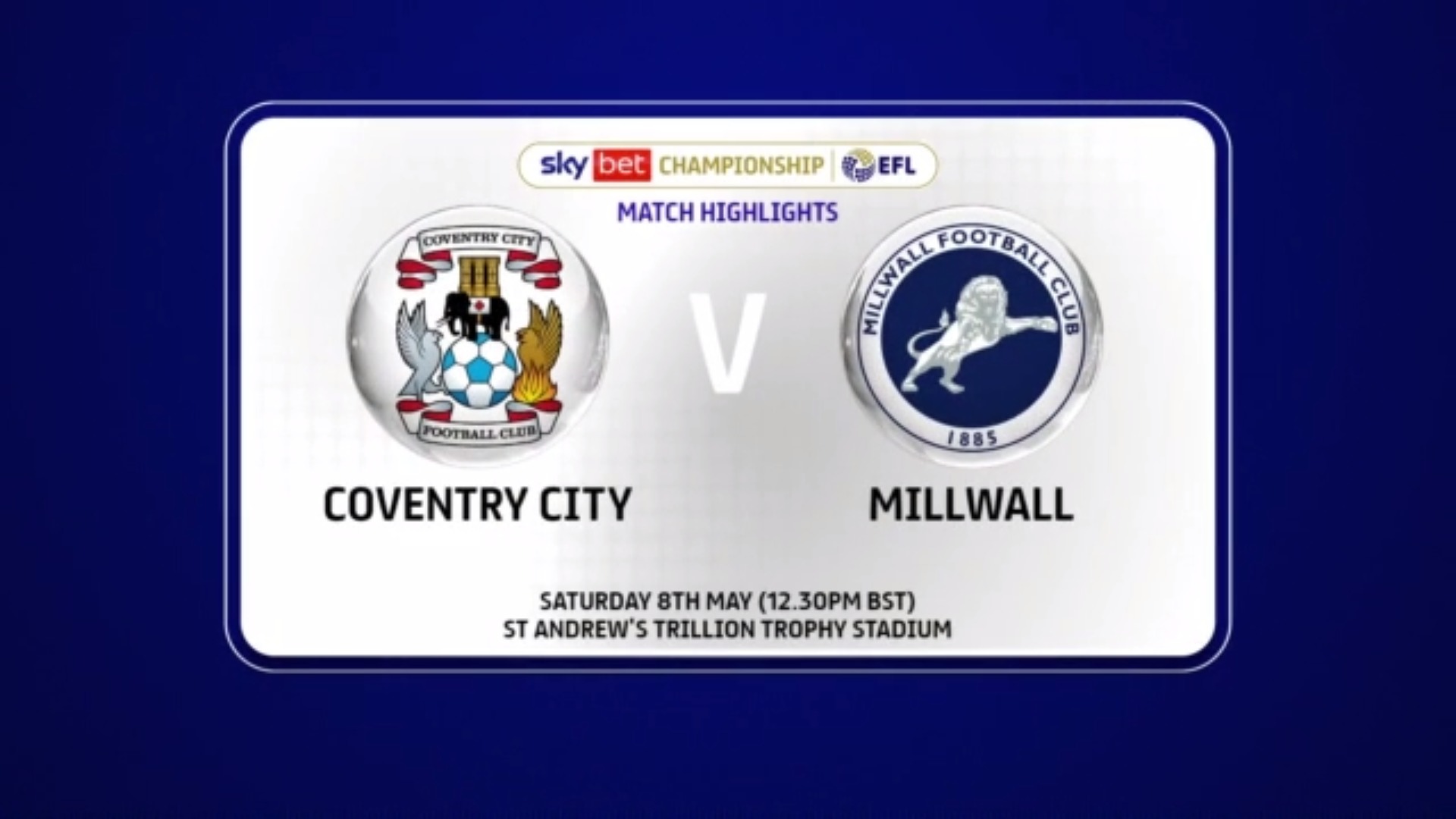 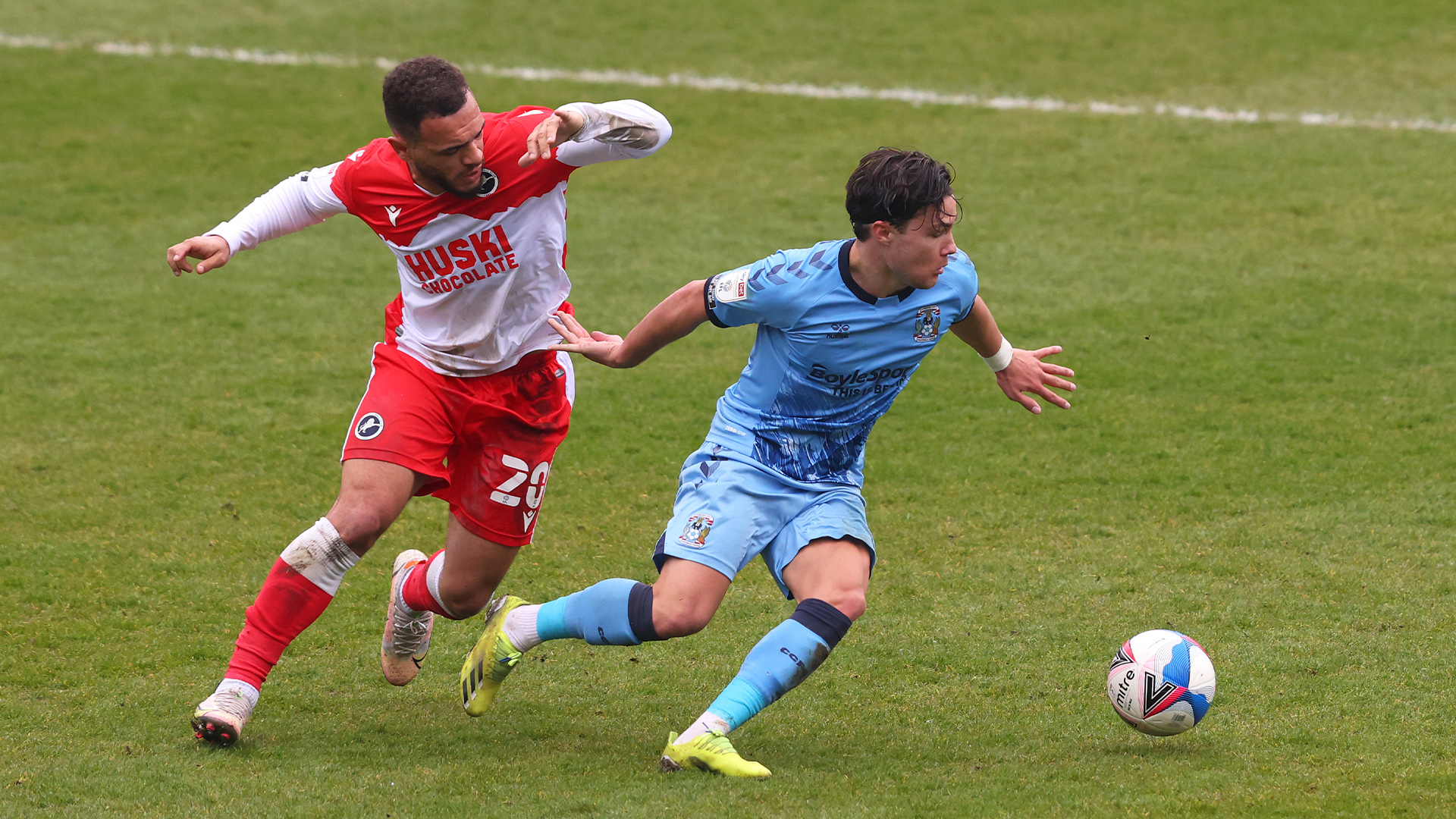