The Lions' nine-match unbeaten run came to an end on Saturday afternoon as Gary Rowett's side lost 2-1 at Barnsley, but the squad will look to extend their recent good home form as The Lilywhites visit SE16.

Ryan Leonard, Murray Wallace, Kenneth Zohore, Maikel Kieftenbeld, Connor Mahoney and Jake Cooper all continue to recover from injury and will therefore miss out, however, the latter was put through his paces prior to the game at Oakwell to build fitness ahead of a return sooner rather than later.

Meanwhile, the matchday programme for the game can be purchased here.

Millwall came from behind to defeat Preston North End 2-1 in the Sky Bet Championship on Tuesday night at The Den.

Ched Evans gave North End the lead with a stylish volley, but Scott Malone's wonder-strike levelled matters. Just as though the game was looking to be heading for a draw, Mason Bennett beat Preston goalkeeper Daniel Iversen to the ball with four minutes remaining to nod home the winner.

Gary Rowett opted to bring in Billy Mitchell and Jon Dadi Bodvarsson for the visit of The Lilywhites, whilst Jake Cooper also returned from injury to take his place in the defence.

The first opportunity came with three minutes on the clock, but after Bodvarsson was able to create some space for himself, he opted to shoot - wide - instead of playing a pass.

The ball was being passed around in midfield in the early stages, but with 12 minutes played, Preston took the lead. Sloppy play in The Lions' midfield saw the ball played forward by North End, and although George Evans was able to momentarily stop the attack with a header, the ball dropped to Evans, who rifled home a fantastic volley to open the scoring.

The Lions should have replied just three minutes later, but after Bodvarsson crossed for Malone, both he and Bennett fumbled chances to equalise from just outside the six-yard box.

Malone's cross was cleared at one end before Brad Potts' knockdown almost found ex-Lions Jayson Molumby at the other, with the next chance coming 10 minutes from the half-time break, but as Cooper nodded down, Shaun Hutchinson's shot on the turn was deflected behind.

With 39 minutes played came the best move of the match for The Lions - and it produced the equaliser. A neat passing move between Evans, Mahlon Romeo, and Jed Wallace in the right-back position allowed the latter to send Romeo away across the halfway line; he fed Malone with a cross-field pass, one which allowed the left-back to advance to around 20-25 yards out before unleashing an unstoppable effort into the top corner to level the score.

The first effort of the second-half went the way of the visitors, but after a corner was cleared as far as Andrew Hughes, his shot went over the bar. The Lions then broke forward through Jed Wallace and Malone, but after the latter fed the former, his cross was cleared away.

With 64 minutes on the clock Millwall were presented with a chance, but after Cooper flicked on inside the area, Bodvarsson's header was stopped by Daniel Iversen. Despite being clearly fouled, Bodvarsson was then able to send in a teasing cross, but an unmarked Bennett could only clip the top of the crossbar with his effort.

Bodvarsson's determination - in the midst of being fouled again - then had Jed Wallace away down the right-hand side, but the winger's cross was cut out by Molumby just before reaching the oncoming Malone. The Lions then worked the ball across the box through Malone, Jed Wallace and Romeo, but the right-back's cross was hooked wide by Millwall's number seven.

More patient build-up play then allowed Mitchell a poke at goal - one which was comfortable for Iversen - before Scott Sinclair's cross was vitally intercepted by Evans before reaching Brad Potts at the other end. With 15 minutes to play, Ryan Woods threaded a pass through for Jed Wallace, but his drive across goal went agonisingly wide.

Malone then drove over as The Lions were on top and creating the better chances, and with four minutes to play, they nudged themselves in front as the vision of Woods allowed his loft over the top to be chased by Bennett, who beat Iversen to the ball to head home his second goal in two games.

There was a chance for Millwall to extend their lead in stoppage-time but Jed Wallace flashed an effort wide, and with Ben Whiteman heading over a free-kick in the sixth minute of that period, referee Keith Stroud blew for full-time. 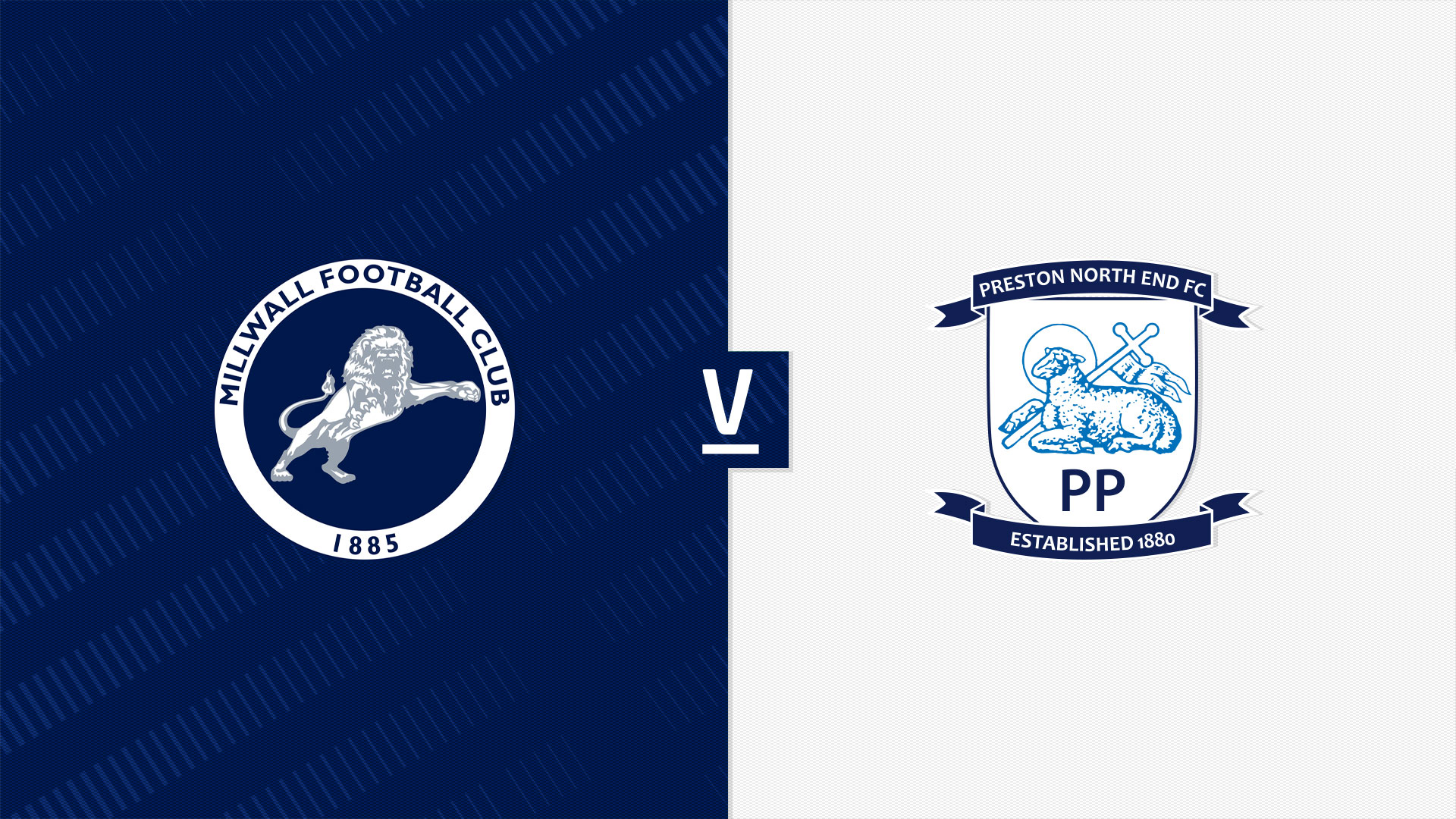 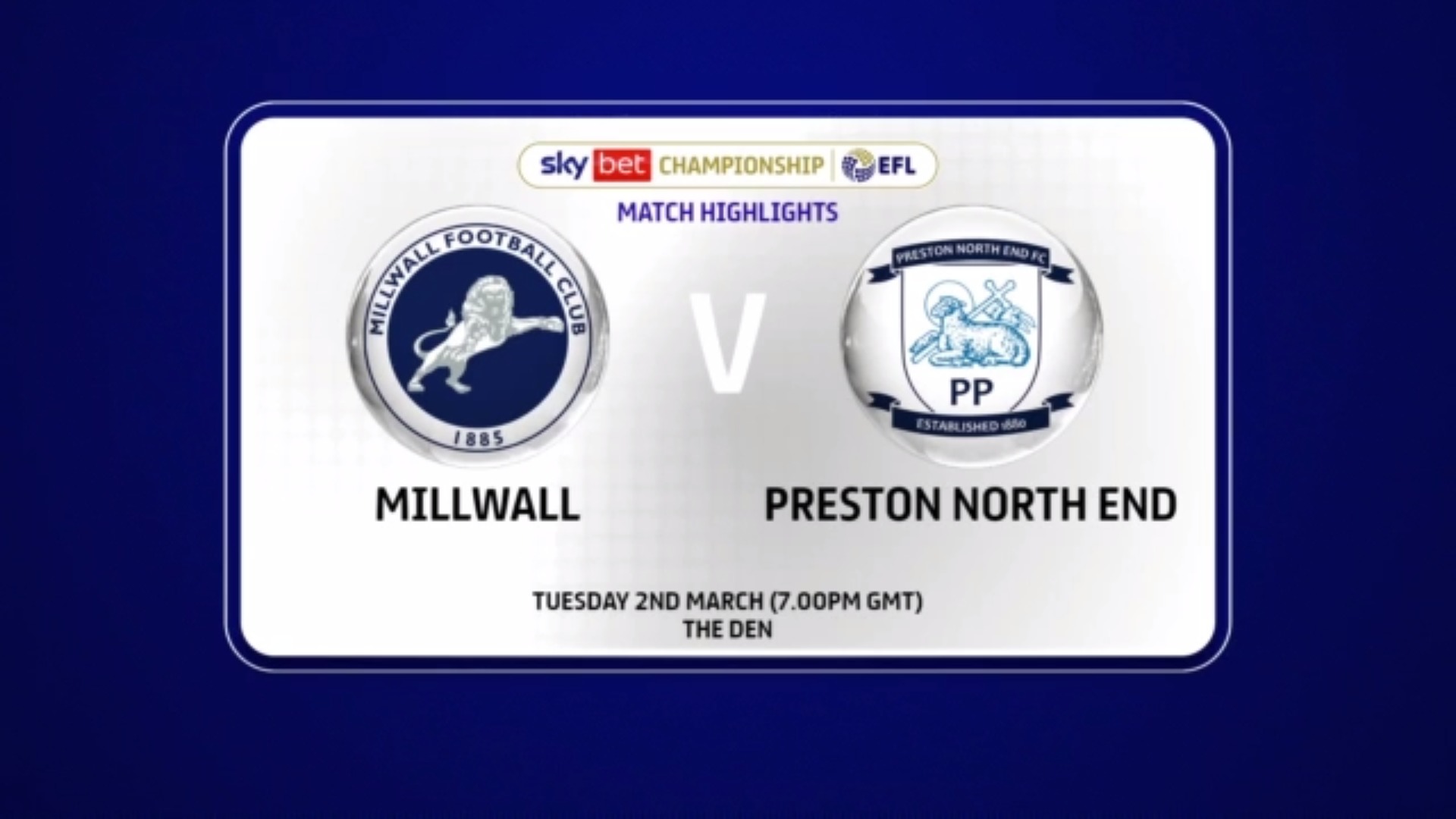 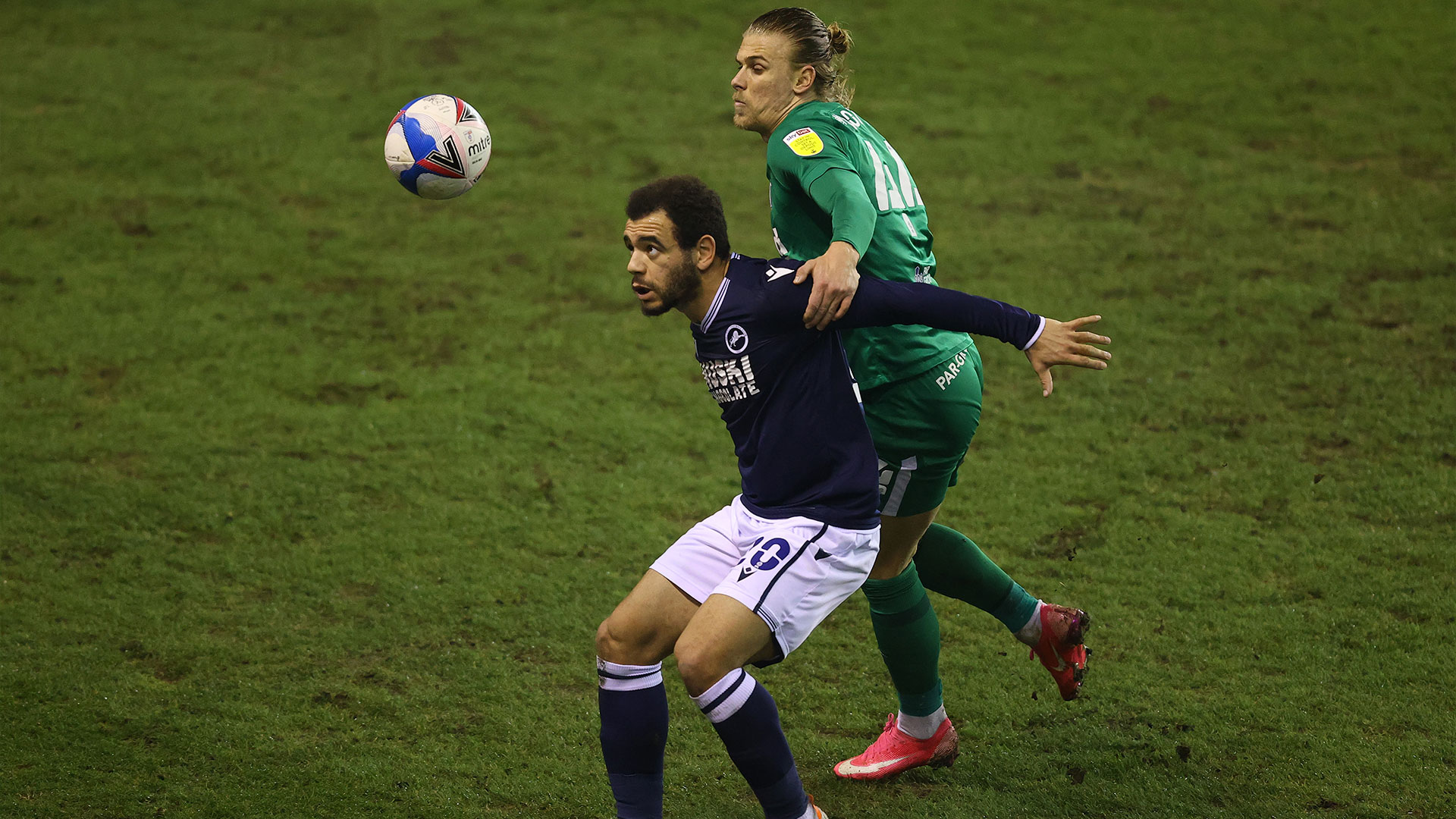