The match at Kenilworth Road - LIVE on Sky Sports Arena - will see The Lions look to continue their unbeaten run, currently standing at seven matches after Saturday's goalless draw with Wycombe Wanderers at The Den.

Ryan Leonard, Murray Wallace, Kenneth Zohore, Connor Mahoney and Jake Cooper all remain absentees for the journey to Bedfordshire, with the fitness of Maikel Kieftenbeld assessed before kick-off. Tom Bradshaw, Billy Mitchell, Jon Dadi Bodvarsson and Shane Ferguson all stepped off the bench at the weekend to play a part against The Chairboys, meanwhile, and will hope to feature once again should Gary Rowett wish to make changes.

Tuesday's game will be available to ALL 2020/21 season ticket holders on iFollow, but can also be viewed with a Match Pass. Priced at £10, click here for full details on how to purchase.

Millwall extended their unbeaten run in the Sky Bet Championship to nine matches on Tuesday night with a 1-1 draw at Luton Town.

Elijah Adebayo's 55th-minute strike looked to have settled matters, but in the fifth minute of stoppage-time, George Evans rose to nod home his first goal for The Lions and a dramatic equaliser at Kenilworth Road.

Gary Rowett made two changes from Saturday's goalless draw at home to Wycombe Wanderers, as Jon Dadi Bodvarsson and Tom Bradshaw started in attack in place of Matt Smith and Mason Bennett.

The first effort of the evening went the way of the hosts, but former Lion Ryan Tunnicliffe dragged his shot wide. At the other end, Jed Wallace crossed and Bodvarsson charged down Sonny Bradley's attempted clearance, but both phases of play ended with The Hatters able to survive.

Jed Wallace then sent over a teasing cross with 10 minutes on the clock which Luton scrambled to clear, before a poke back into the danger zone saw Bradshaw challenge for the ball before the defence were able to clear behind.

Kiernan Dewsbury-Hall's free-kick on the edge of the box hit the wall on 16 minutes, but just as it looked as though the danger was clear a strike from distance from Joe Morrell looked to deceive Bartosz Bialkowski, but the stopper was equal to it.

On 20 minutes an attacking move for The Lions started with the great work of Bodvarsson in the centre-circle - he fed Jed Wallace who sent Ben Thompson down the line to win a corner - from that resulting kick, Shaun Hutchinson's header was kept in play by Bodvarsson and onto the head of George Evans, but the defender got his direction wrong and headed away from goal rather than towards it.

Jed Wallace and Bodvarsson linked up once again just moments later as Millwall pressed for the opener, but after the latter's cross looked to meet the onrushing Bradshaw, the striker was ruled to be in an offside position. Bradshaw then raced away into a one-on-one situation with Luton goalkeeper Simon Sluga, but his touch was incredibly heavy and allowed the ball to roll into the arms of the stopper.

Morrell's cross picked out an unmarked Jordan Clark shortly before the half-hour mark, but after a smart first touch and volley travelled goalwards, Bialkowski was down low to save. Folllowing that, Jed Wallace's skill created a chance for the winger to cross, but after Bradshaw teed up Thompson, the midfielder's strike was skewed wide of the post - with the number eight finding the opposite side of behind the goal just a minute later as struck Romeo's cross.

Millwall had to clear from the lively Adebayo as the second-half got underway, before Jed Wallace's effort was deflected away at the other end. On 53 minutes The Hatters had perhaps their best chance of the game, but after Tom Ince looked to guide an attempt into the net, Bialkowski had to tip over at full stretch.

In the 55th minute, however, Luton took the lead as Adebayo was able to control a cross at the back post before squeezing the ball under the diving Bialkowski.

As Smith and Bennett came on for Bradshaw and Thompson on the hour-mark, the next chance went the way of The Hatters, but Adebayo nodded Clark's cross over. Scott Malone's cross on 73 minutes quickly drifted towards goal before hitting the crossbar, forcing Sluga to tip the ball behind, with Bennett forcing his way through to goal four minutes later before seeing his close-range attempt blocked by the goalkeeper.

Sluga then had to be on guard to save Jed Wallace's powerful free-kick, and when the clock struck 90 minutes The Lions had a further chance, but Shaun Williams' cross was acrobatically put over by Smith.

Referee Graham Scott had a huge call to make in six minutes of stoppage-time, but as Tyler Burey was shoved to the floor just inside the area, no spot-kick was given.

However, in the fifth minute of that period, a Williams cross was glanced on by Smith and into the path of Evans, who snuck home the equaliser. 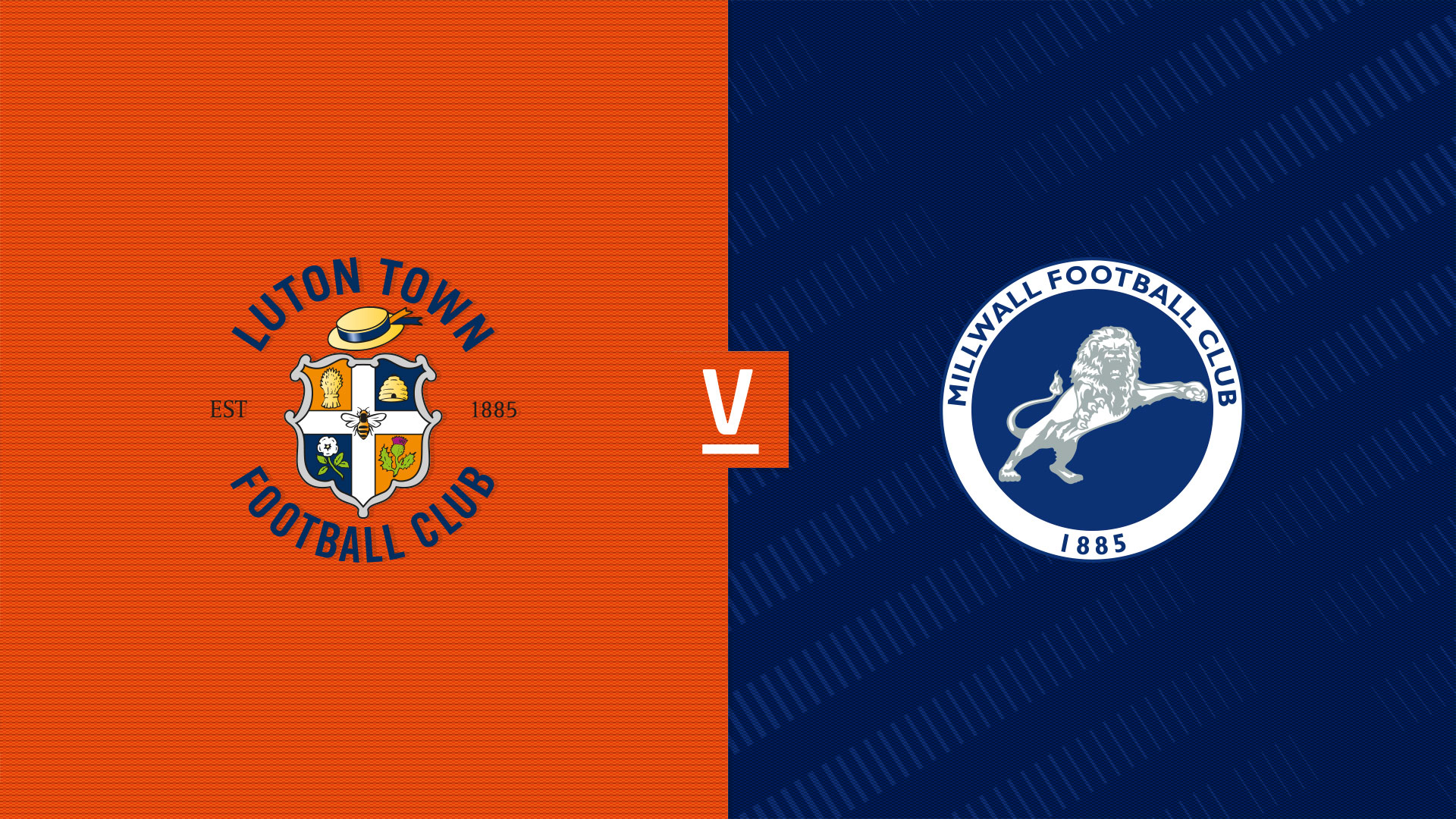 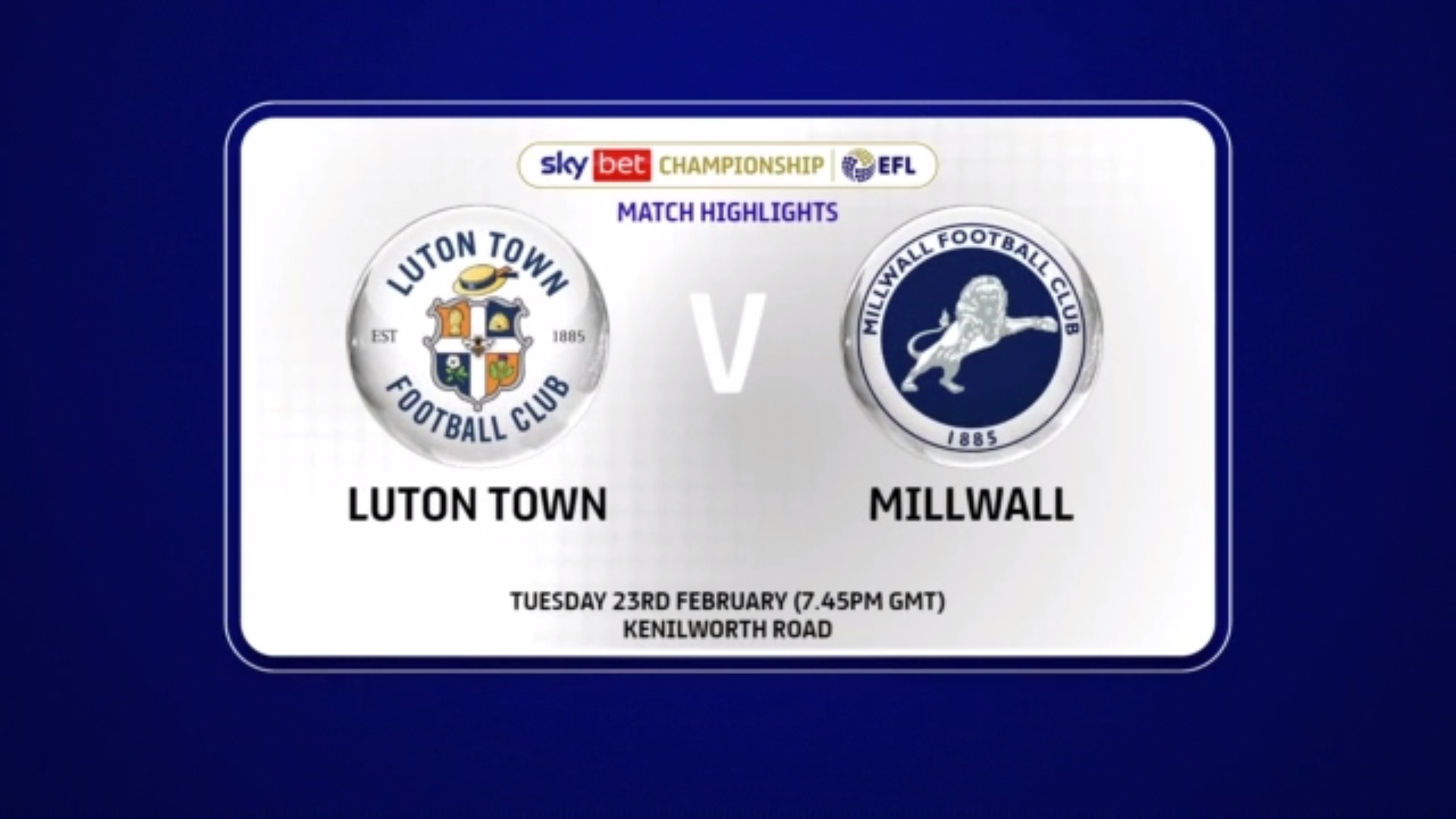 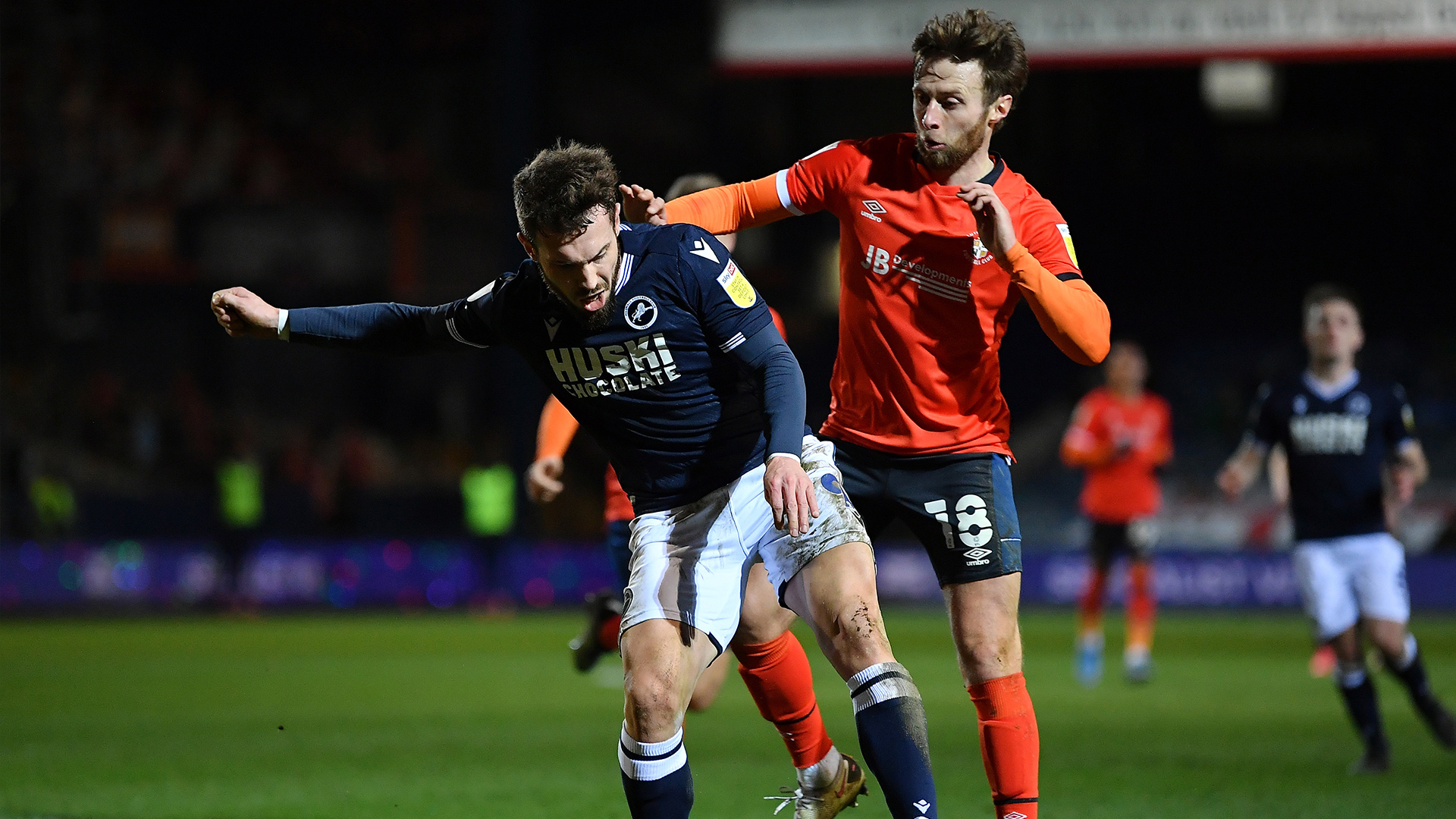