Millwall will welcome 2,000 fans back to The Den on Saturday afternoon as The Lions take on Derby County in the Sky Bet Championship (kick-off 3pm).

As crowds begin to filter back into football stadiums up and down the country, Gary Rowett's side will go in search of three points against Wayne Rooney's outfit among a glut of fixtures before the Christmas period.

Kenneth Zohore and Billy Mitchell remain injured for the visit of The Rams, whilst Connor Mahoney and Mason Bennett will be assessed as they make their way back to full fitness. Mahlon Romeo, meanwhile, made his return to action at Ewood Park on Wednesday night and will hope to continue in his right-sided role.

If you are one of the lucky 2,000 to be attending The Den this Saturday, keep an eye on your email inbox on Friday evening, as more information regarding your visit will be made available.

For those not attending The Den this weekend, the fixture will be available on iFollow. Season ticket holders can find full information on their access by clicking here, whilst those who are not season ticket holders can watch the action by purchasing a Match Pass for £10. Click here to do so. Saturday's matchday programme, meanwhile, can be purchased here.

Looking for something to listen to on your journey to The Den? Click here to download Wall Talk, Millwall Football Club's official podcast!

Millwall were defeated 1-0 by Derby County in the Sky Bet Championship on Saturday afternoon.

Jason Knight struck the winner in the 69th minute to give The Rams all three points.

On the day 2,000 fans were welcomed back inside the stadium, Gary Rowett opted to name a 4-2-3-1 formation against The Rams, with Matt Smith in attack and Jed Wallace, Ben Thompson and Shane Ferguson behind him. Ryan Leonard and Ryan Woods anchored the midfield, whilst Mahlon Romeo, Shaun Hutchinson, Jake Cooper and Murray Wallace sat in front of Bartosz Bialkowski.

Youngsters Tyler Burey and Hayden Muller, meanwhile, were joined on the substitute's bench by George Alexander.

Roared on by 2,000 fans - and what a great sight it was - the game got underway with The Lions creating most of the attacking play. Derby's first attempt came in the 10th minute and through Kamil Jozwiak after The Rams were given a dubious free-kick on the halfway line, but the shot went wide of Bialkowski's near post.

Two minutes later, Jed Wallace took Smith's lay-off in his stride and showed determination and spirit to beat his marker, but his left-footed effort was well saved by David Marshall. At the other end, on 17 minutes, Matthew Clarke got his head on the end of a Derby free-kick, but the ball sailed over the crossbar.

At the midway point of the half - and after soaking up some Derby pressure - a one-two between Jed Wallace and Romeo resulted in the latter crossing for Thompson, but his side-footed volley went over. Ferguson had a shot blocked on the edge of the penalty area and a free-kick pinballed into the arms of Marshall as The Lions continue to probe for the opening goal, although it could have Derby who scored it as Duane Holmes received the ball on the edge of the area - solid defending from Murray Wallace, however, kept things goalless.

Graeme Shinnie struck over as the first-half clock wound into its final five minutes, with the second-half action springing into life on 54 minutes as Jed Wallace shurgged off the close attentions of his marker - his cross, however, was tamely headed into the hands of Marshall by Smith.

Shinnie fired high, wide and not so handsome two minutes later, before Ferguson's free-kick was drilled into the wall and Leonard shot wide just before the hour-mark. Millwall kept up their attempts to find the back of the net from there and nearly found it through the head of Cooper, but he glanced wide from Ferguson's corner.

On 69 minutes, though, The Rams were the ones to take the lead after Knight was quickest to react in the penalty area after a knockdown at the far post.

The lack of urgency in The Lions following that goal was showing - and Derby could have notched a second with eight minutes remaining, but Bialkowski was able to gather Clarke's header at the back post.

From there, The Rams were able to negotiate four minutes of stoppage-time with relative ease to wrap up the victory. 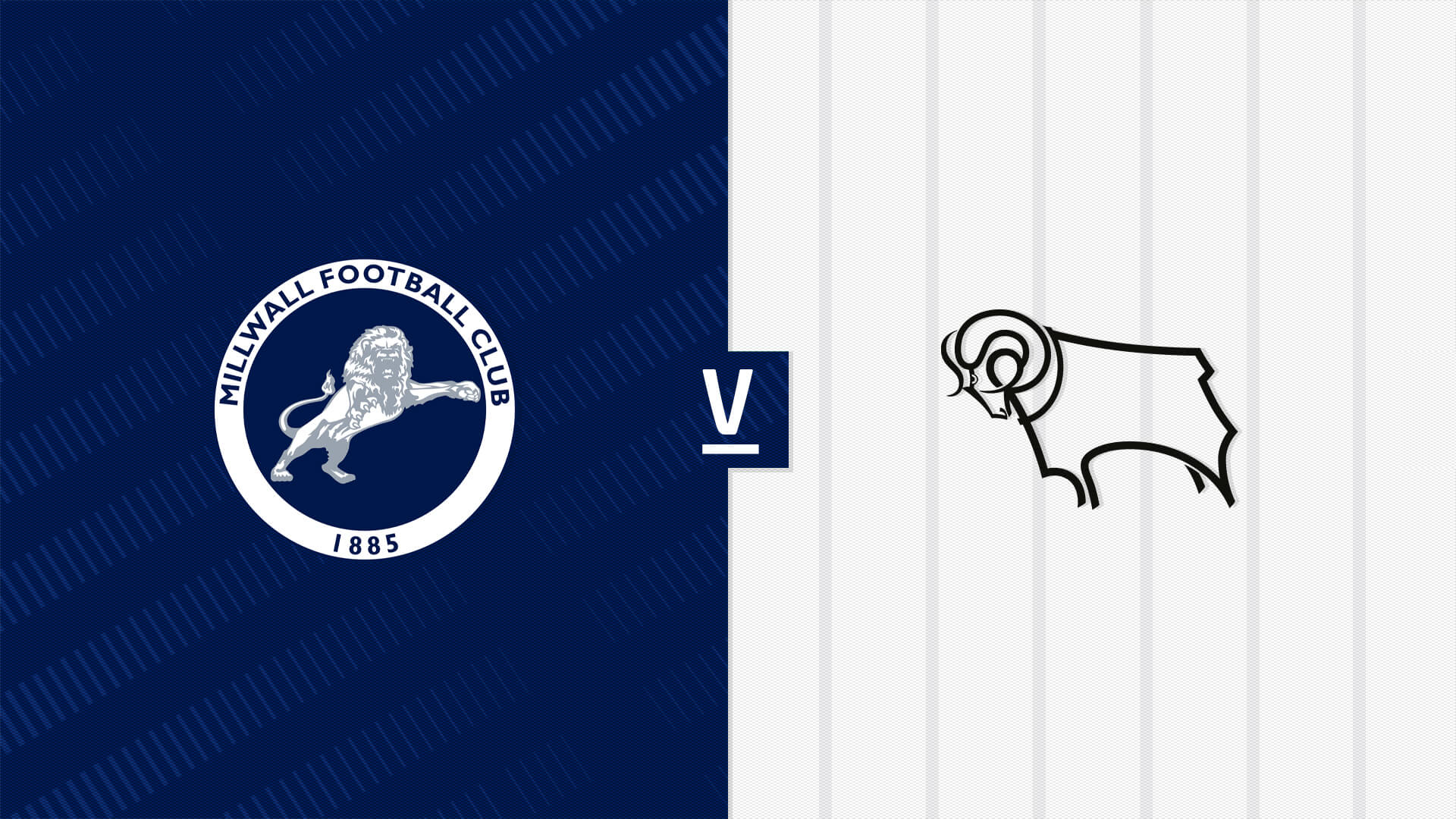 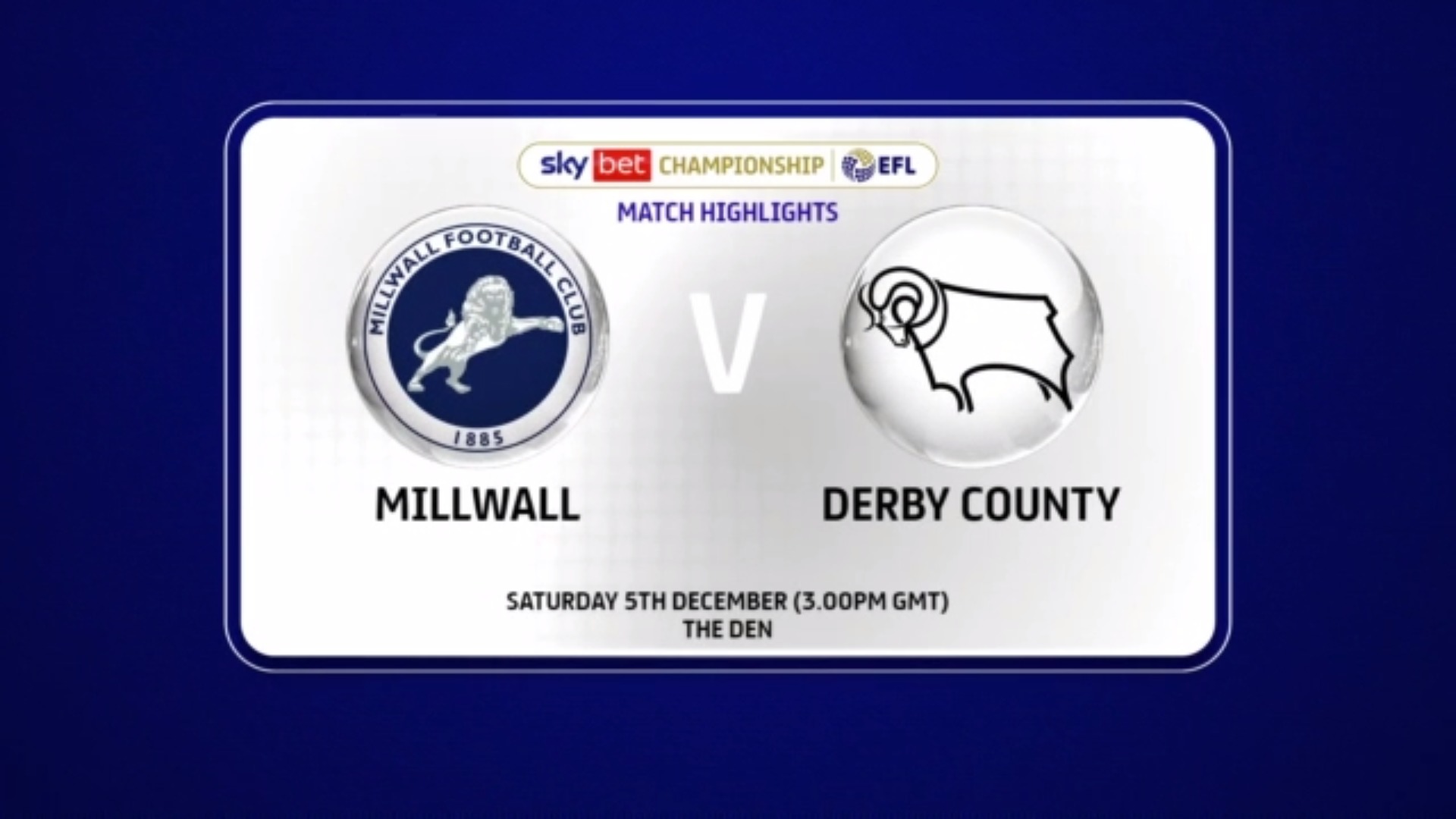 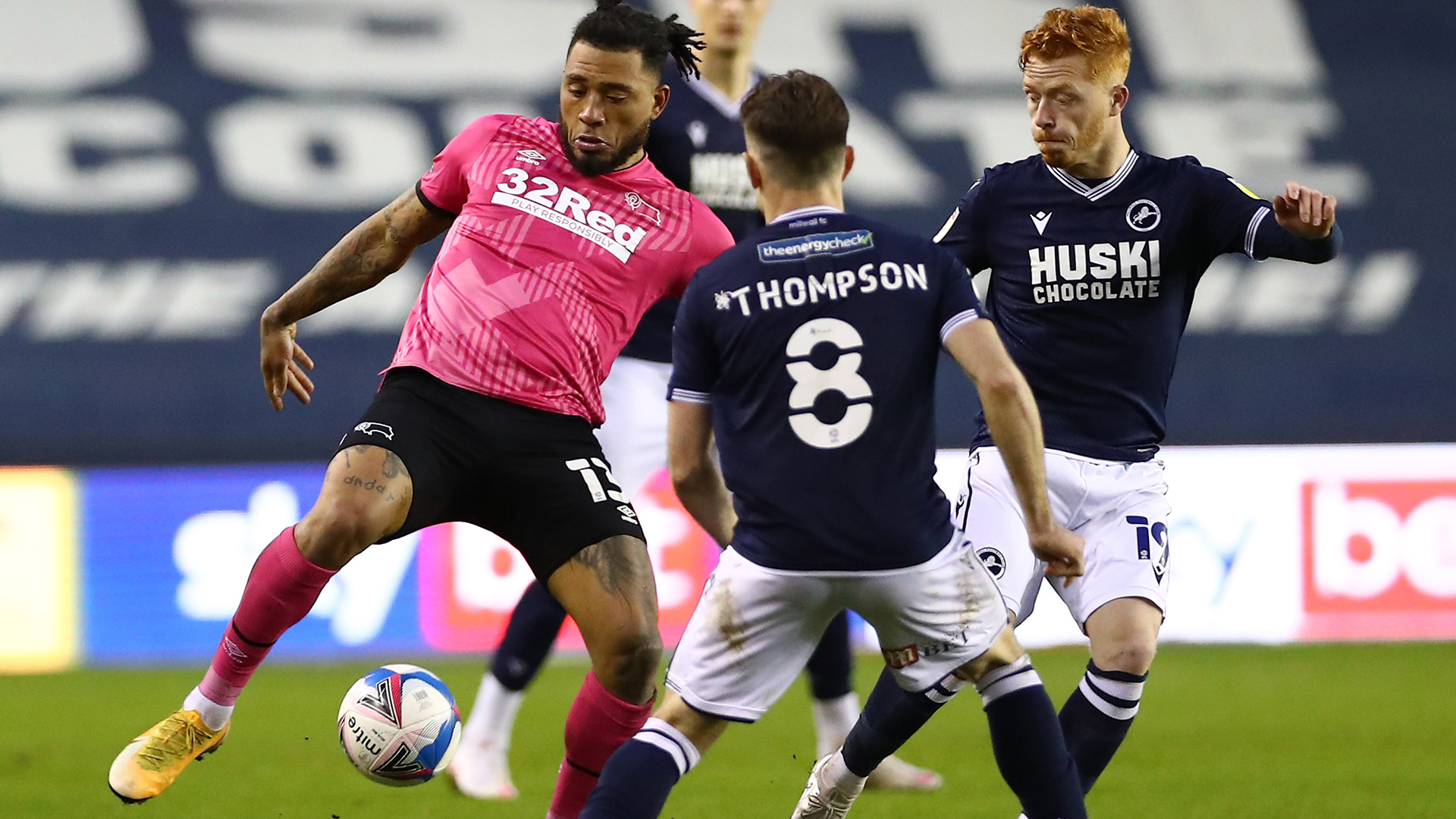