The Lions make the short journey to Vicarage Road on the back of Wednesday night's defeat against AFC Bournemouth, but will look to build on a goalless draw at Brentford last time out on the road in their penultimate away match of the 2020/21 campaign.

Gary Rowett was without the services of Matt Smith, Ryan Leonard, Murray Wallace, Ben Thompson, Shane Ferguson and Shaun Hutchinson against The Cherries - and that group is set to miss out once again - whilst Mason Bennett was an unused substitute and may take his place on the bench once more.

The only way to watch this weekend's encounter - in the UK - is on iFollow with a Match Pass. Click here to purchase one.

Internationally, meanwhile, the fixture has been selected for overseas broadcast - more details can be found here.

Millwall were defeated 1-0 by Watford in the Sky Bet Championship on Saturday afternoon.

The Lions gave a good account of themselves against their lofty opponents, but Ismaila Sarr's penalty-kick was enough to send The Hornets back to the Premier League.

Gary Rowett made three changes for the trip to Vicarage Road, as Mahlon Romeo, Mason Bennett and Tom Bradshaw replaced Alex Pearce, Ryan Woods and Kenneth Zohore - who all dropped to the bench - in the starting XI.

The game began as a midfield battle with The Hornets making more of the attacking play, but the first opportunity went the way of Millwall, however, Jed Wallace's hit was gathered by Daniel Bachmann.

With 10 minutes played, though, Watford were awarded a penalty-kick after Billy Mitchell fouled Sarr on the edge of the penalty area. Sarr picked himself up to dispatch the penalty past the dive of Bartosz Bialkowski and give the home side the lead.

Joao Pedro then fizzed a cross across the Millwall box as Watford looked for an immediate second, before Tom Cleverley's free-kick was directed towards goal by the free header of Dan Gosling, only for Bialkowski to claim.

Gosling, the impressive Sarr and Pedro then combined as The Hornets made their way into the Millwall area on 18 minutes, but Maikel Kieftenbeld was able to execute a last-ditch tackle before the latter could shoot.

The Lions were able to make an attacking move of their own midway through the first-half, but after Romeo nodded back into the box following a free-kick, a lay-off to Bradshaw saw the striker send his attempt just wide of the near post.

With 36 minutes on the clock, The Lions were so close to equalising - and if not for an outstanding double-save from Bachmann, then they would have done so. Firstly, after Mitchell received the ball inside the area, his goal-bound effort was tipped wide by the stopper, and after Bennett poked a rebound towards goal it looked as though he would register, but Bachmann tipped the ball onto the crossbar and behind.

Early in the second-half, The Lions had the first attempt on goal of the second period, but after Danny McNamara and Romeo combined, the latter's cross was poked over by Bradshaw. Bennett was then able to advance into the box and shoot on 47 minutes, but he sent his effort over.

With The Hornets pushing for a potentially decisive second, Millwall were able to break through Bradshaw on 58 minutes, but after he beat his man, the striker's cross was delayed for too long and eventually cleared to safety.

Sarr looked to win another penalty just past the hour-mark but referee Dean Whitestone failed to fall for his theatrical tumble, before The Lions travelled from end-to-end with the ball ending at the feet of Mitchell, whose shot was deflected behind. Millwall were largely on top of proceedings - as they had been since midway through the first-half - and almost equalised through Kieftenbeld minutes later, but Bachmann was able to claw the ball away from the goal-line.

Watford substitute Andre Gray tested Bialkowski with a little under 20 minutes to go, but the Pole reacted well to the striker's first-time effort from the edge of the six-yard box. Bialkowski then stopped Nathaniel Chalobah's header from hitting the net, and although Watford's Ken Sema did find the goal on 74 minutes, his strike was chalked off for offside.

Hayden Muller was introduced - along with Connor Mahoney - with 13 minutes to play, with Tyler Burey brought on minutes later, and with The Lions continuing to attack in their quest for an equaliser, Jed Wallace's fantastic cross skimmed across the Vicarage Road turf without any crucial touch with just three minutes left to play.

Kieftenbeld then sent a half-volley over as the time ticked away, but no further chances meant the final whistle was blown with The Lions suffering a narrow defeat. 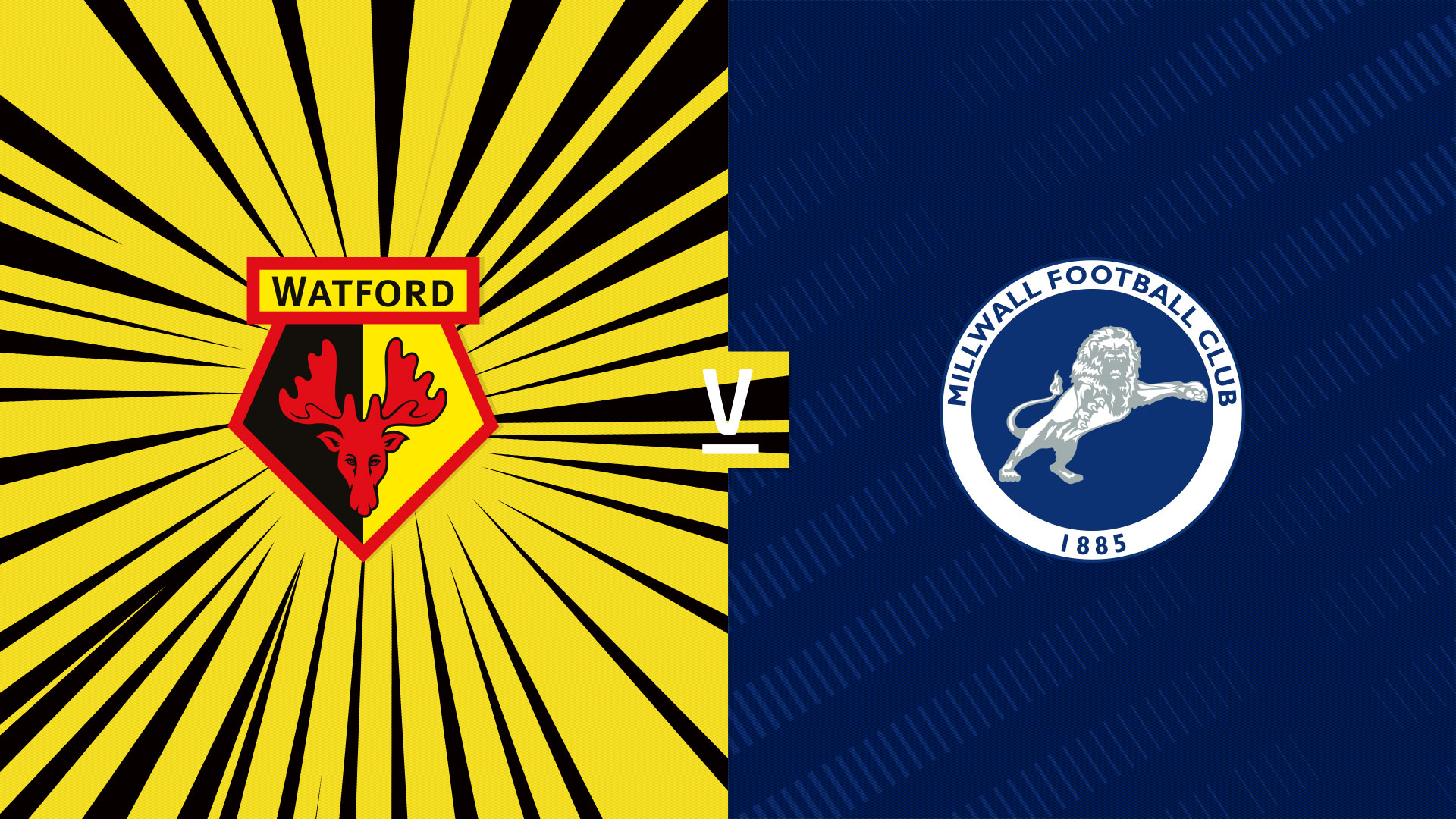 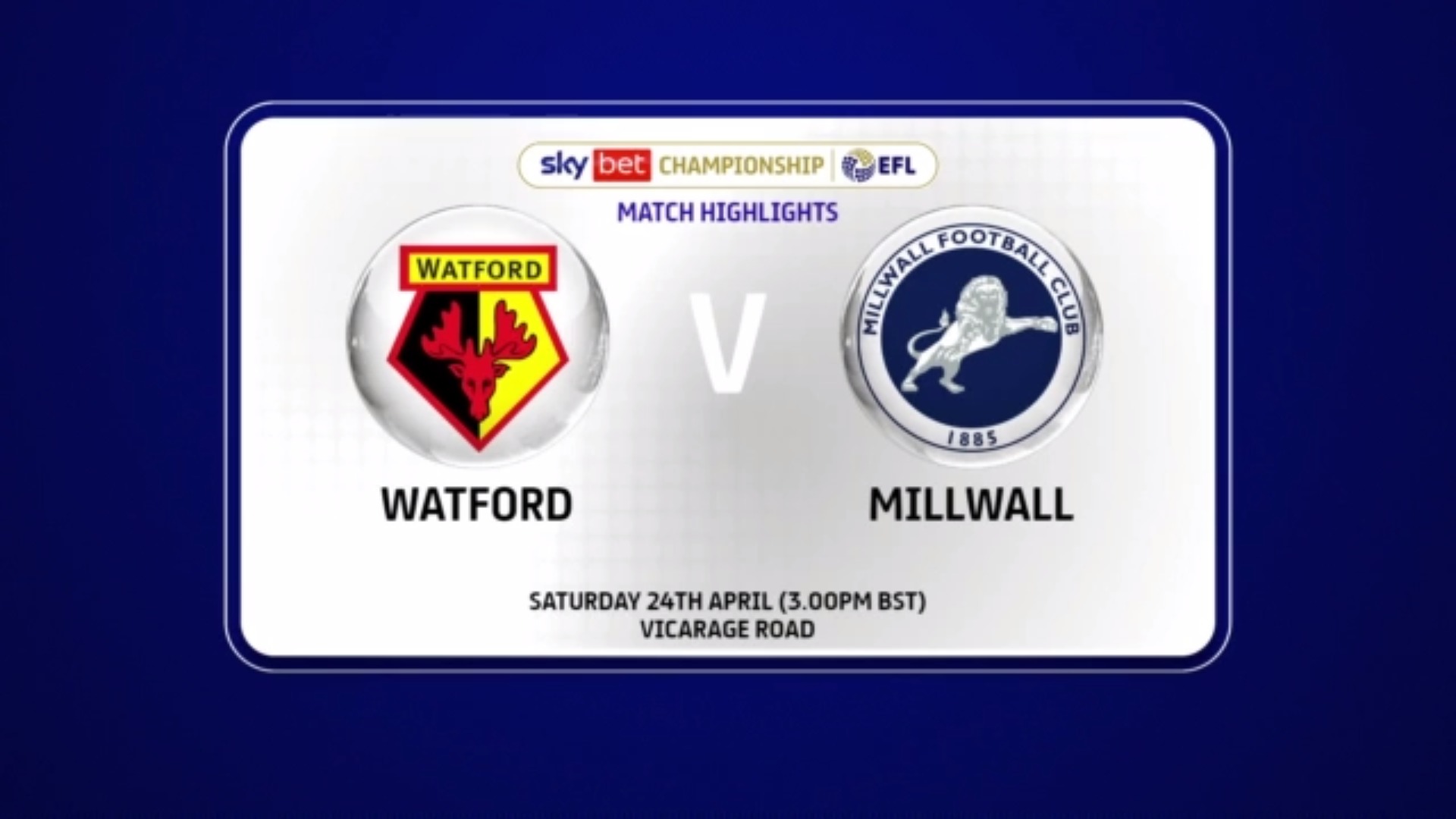 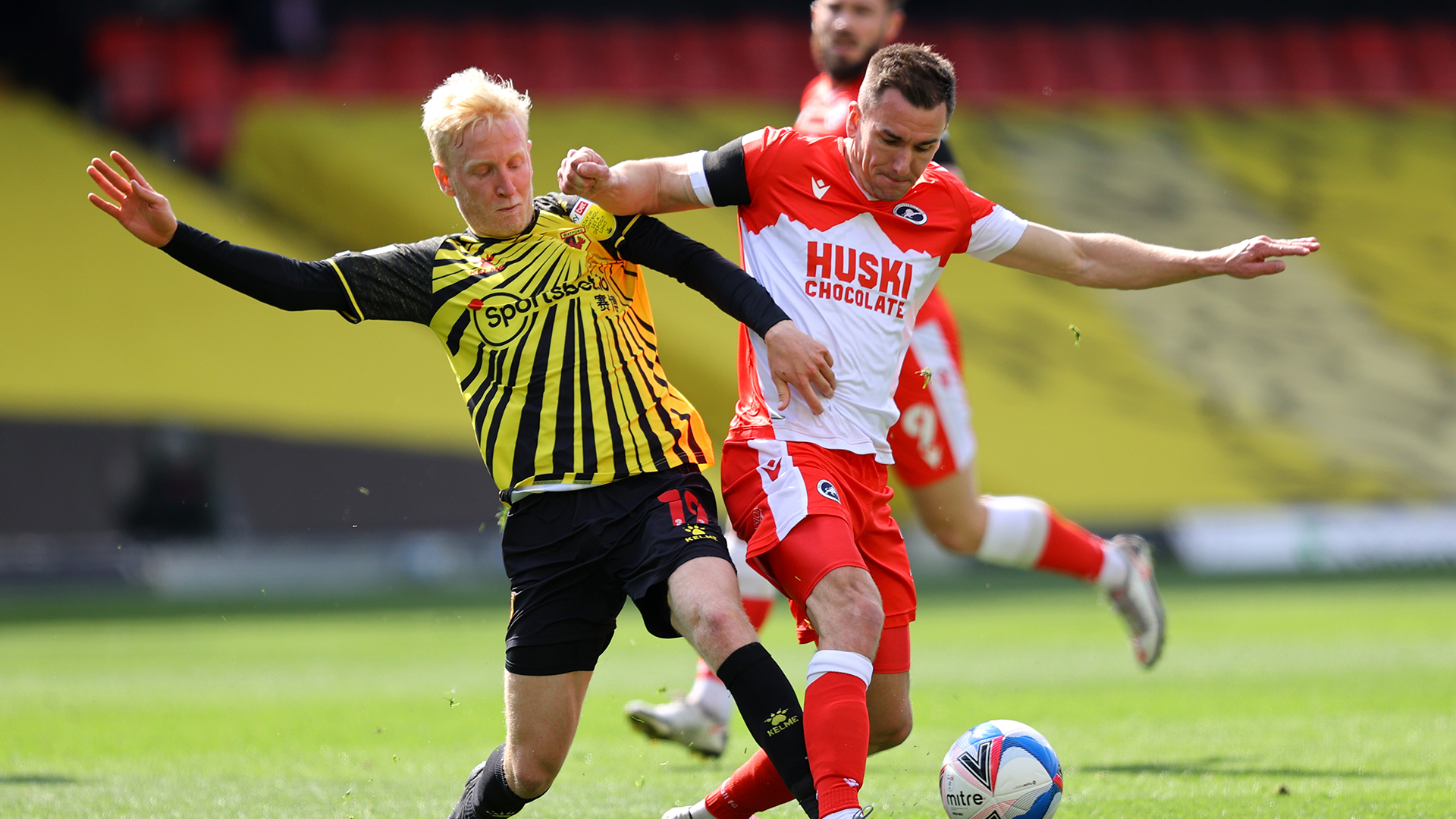