The Lions made it back-to-back home victories with a Good Friday success over Rotherham United at the beginning of the Easter weekend, and they will now look to gain three points on the road for eighth time in 2020/21.

Gary Rowett will be without Ryan Woods for the visit to the bet365 Stadium, as the midfielder is unable to play due to the terms of his loan agreement, with the manager also having a further trio - Matt Smith, Ryan Leonard and Shaun Hutchinson - unavailable for selection due to injury.

Connor Mahoney, Kenneth Zohore and Maikel Kieftenbeld all returned to action in the win over The Millers and may look to play more of a part, whilst the likes of Jon Dadi Bodvarsson, Tom Bradshaw, Shaun Williams and Mahlon Romeo are available should the boss wish to make changes.

Monday's fixture will be available to stream on iFollow via a Match Pass. Priced at £10, for more details and to purchase, click here.

For pre-match listening, Bartosz Bialkowski spoke to millwallfc.co.uk about his duo of superb saves, equalling his Lions clean sheet record and more - click here to hear from the stopper.

Millwall were 2-1 winners at Stoke City in the Sky Bet Championship on Easter Monday.

Murray Wallace and Mason Bennett found the net either side of a Jacob Brown equaliser to secure an eighth away success of the 2020/21 campaign.

Gary Rowett made two changes from Good Friday's win over Rotherham United - both enforced - as Alex Pearce and Kenneth Zohore came in for the injured Shaun Hutchinson and the ineligible Ryan Woods.

After some early possession, the first chance of the game went the way of the hosts, but Steven Fletcher's shot was comfortable for Bartosz Bialkowski.

Scott Malone then took a swipe at thin air as Millwall advanced into the box, before Danny Batth got on the end of a corner-kick to nod wide with eight minutes played. Bennett and Jed Wallace linked up well four minutes later and the latter crossed for George Evans, but his strike from the edge of the box was deflected behind.

Good work from Billy Mitchell allowed the midfielder to cross seconds later, and after the ball dropped to Evans on the edge of the area the midfielder unleashed an effort on the half-volley, but it sailed over the crossbar.

The Lions were wasteful in possession as the midway point of the first-half arrived, and with Stoke growing ever closer to Bialkowski's goal, it was down to some last-ditch challenging to keep the sheet clean. Murray Wallace cheaply gave the ball away on 24 minutes and allowed Nick Powell to advance on goal, but fortunately his shot was easily gathered by the stopper.

As both sides seemed determined to give the ball away, Bialkowski was made to work on 29 minutes as Jacob Brown's vicious shot had to be parried away by the Pole. With just over 10 minutes to the break, a rebound from a free-kick fell nicely to Jed Wallace around 18 yards out, but his effort was blocked behind. However, from that corner came the opening goal.

With the ball bobbling around the box, Jake Cooper kept the ball alive before chipping back into the danger zone - Evans attempted to head towards goal, but his nod down was poked home by the boot of Murray Wallace to break the deadlock.

Cooper then nodded over as Millwall looked to double their advantage, with John Obi Mikel slicing wide at the other end, and after The Lions had been in front for just five minutes, The Potters drew level. A ball over the top from Powell set Fletcher away, and after his shot was blocked, Millwall's defence were slow to react to the onrushing Brown, who slotted underneath Bialkowski to open Stoke's account.

Powell and Fletcher both had attempts to nudge the home side in front before the break, but the sides went in at half-time on terms.

After a period of jostling for possession - and position - which was devoid of chances, the next opportunity came as late as the 67th minute, but after City goalkeeper Adam Davies fumbled a free-kick, Murray Wallace could not force the ball home.

The Lions then found space for Jed Wallace to break forward and get on the end of a Evans pass, but after the attacker squared for Danny McNamara, the right-back's shot was tame and easily picked up by Davies.

On 71 minutes, however, The Lions were back in front. A ball forward looked for Jed Wallace, and although it seemed as though defender Danny Batth would cut out the pass, he mis-timed his challenge and presented the ball to the number seven, who had the easiest of tasks in squaring to Bennett, who tapped home with Davies stranded.

Murray Wallace made a vital interception as Stoke looked to come forward in search of an equaliser with four minutes remaining, and with The Lions seeing out a period of injury-time, they claimed another three points on the road. 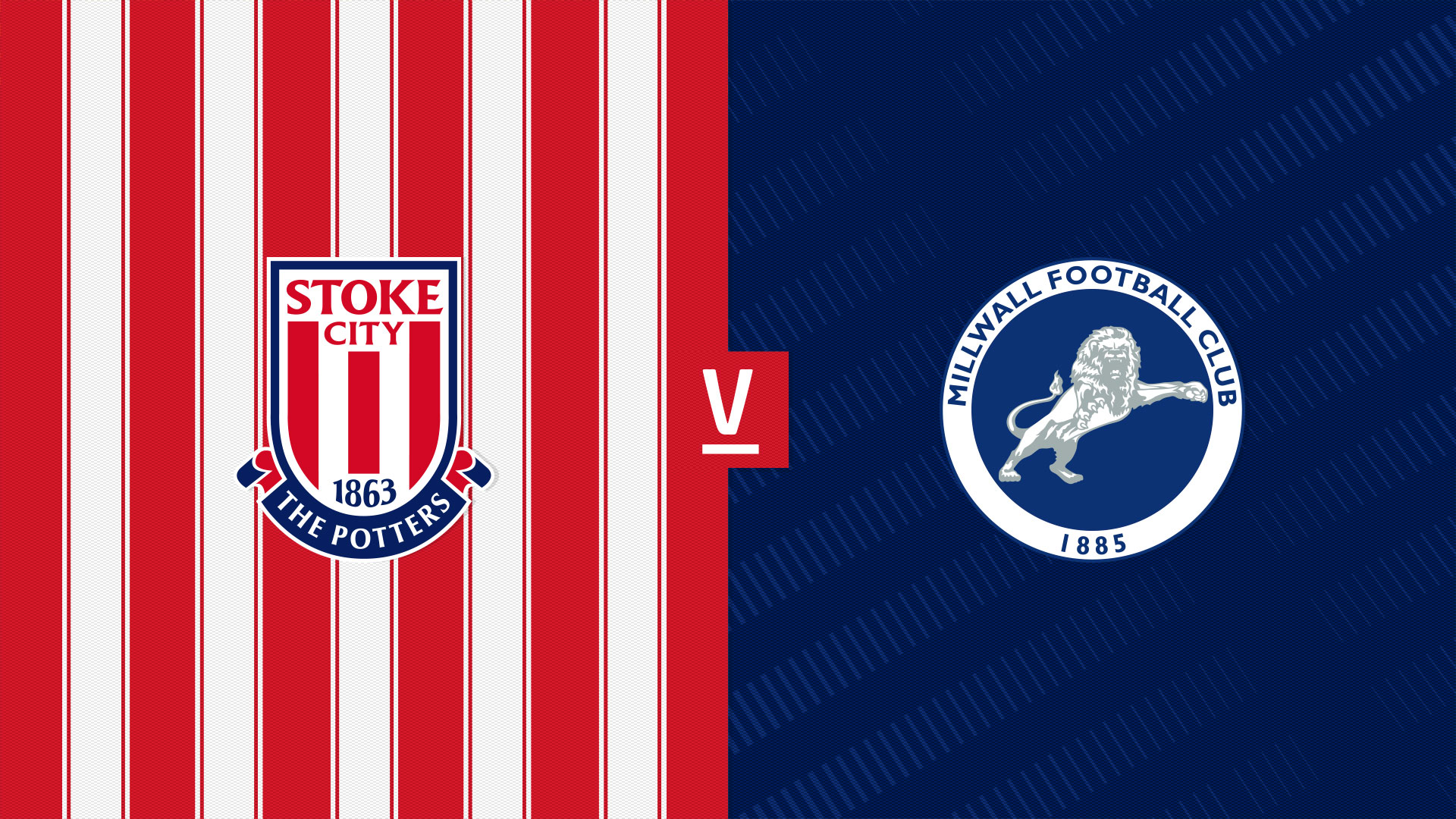 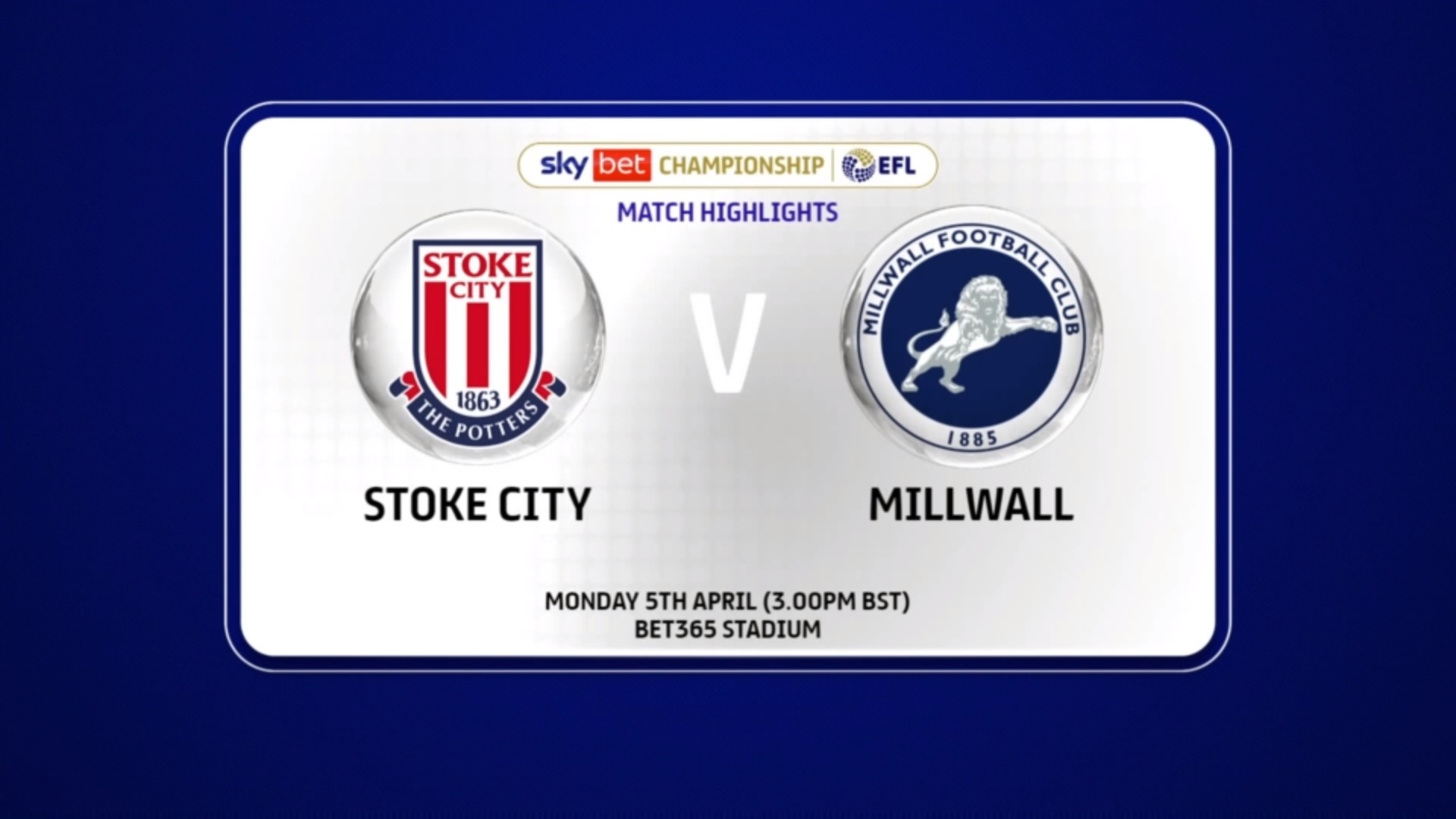 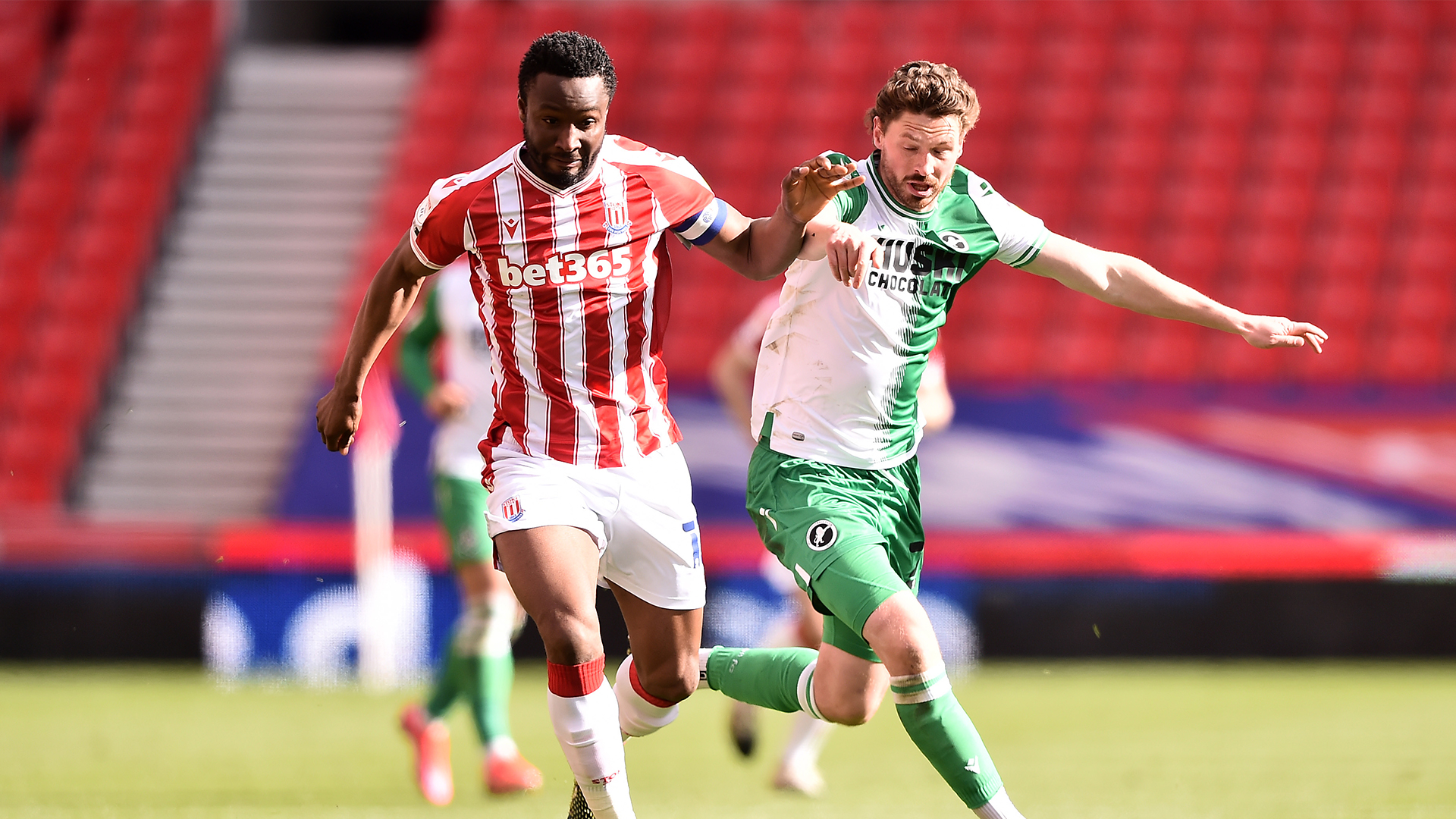