The Lions arrive back in SE16 having registered a third straight win - and an eighth success on the road - at Stoke City on Easter Monday, and now begin a run of four games against teams inside the top six.

Matt Smith, Ryan Leonard, Shaun Hutchinson and Ben Thompson remain absent for the visit of Steve Cooper's side, whilst Ryan Woods will return to the squad having missed Monday's game due to the terms of his loan agreement.

Due to this match being shown LIVE on Sky Sports, regrettably, the fixture will not be shown on iFollow. Audio Match Passes are on sale here.

Saturday's matchday programme can be purchased via Curtis Sport.

Can't wait to get back down to The Den? Season tickets for the 2021/22 campaign are on sale now!

Millwall were defeated 3-0 by Swansea City in the Sky Bet Championship on Saturday afternoon.

The Lions matched their top six opponents for the first-half, but fell behind due to Andre Ayew's strike in stoppage-time before the break.

The Swans then controlled the second period and found two more goals through Jamal Lowe to condemn Gary Rowett's side to a first home defeat since 2nd January.

The manager made one change from the side which defeated Stoke City on Easter Monday, as Maikel Kieftenbeld replaced Kenneth Zohore, who dropped to the bench.

Swansea began the game on the front foot and won a free-kick with less than 90 seconds played, but after Conor Hourihane's delivery was cleared away by Jake Cooper, Matt Grimes sliced a follow-up attempt wide.

A couple of minutes later, Jed Wallace and Danny McNamara were able to work the ball into the box and as far as Mason Bennett, but after he laid the ball back to Billy Mitchell, his effort was deflected behind - Jake Cooper powering a header wide from the resulting corner-kick.

George Evans' long-throw was then met by the head of Cooper once again, but his flick on was nodded into the arms of Freddie Woodman by Bennett.

At the other end, Jamal Lowe was able to break behind the last line of Millwall's defence and cross, but fortunately no Swansea man was there and Scott Malone was able to clear away from danger. McNamara was then able to out-muscle Ryan Manning and win the ball on the byline with 19 minutes played, but the attack was to fizzle out after a Jed Wallace cross was claimed by Woodman.

A huge moment in the game arose on 27 minutes, but as Lowe once again took advantage of some slow Lions defending and advanced on goal, Bartosz Bialkowski was there to make a big save and prevent The Swans from taking the lead.

Both sides looked to probe for the opening from there, and with the half-time whistle about to blow, it was to be Swansea who would take the lead after the ball was worked out to Ayew, who cut inside and bent a left-footed effort past the dive of Bialkowski to score.

The first talking point of the second-half came as early as the first minute, but after Cooper rose to head towards goal, his effort was scrambled off the line by the Swansea defence.

Goalscorer Ayew fed Wayne Routledge with 52 minutes on the clock and forced Bialkowski into a smart save as The Swans looked to double their lead, before Murray Wallace had to clear the ball away as Routledge once again found space to shoot.

Shortly before the hour-mark, McNamara's determination saw him win the ball before advancing into the penalty area, but his cross was put behind by the right boot of Bennett. Shouts for a Swansea penalty were ignored as Ryan Manning went down under the close attentions of Murray Wallace in the box as Rowett made a treble change - bringing on Zohore, Connor Mahoney and Mahlon Romeo - but the next opportunity went the way of Swansea, as Marc Guehi glanced Hourihane's free-kick wide.

One of the fresh trio - Mahoney - beat Manning and crossed with just under 20 minutes to play, but Jed Wallace struck wide under pressure from the defence.

With 14 minutes to play, however, the game was put to bed as Swansea found a second through Lowe. Jay Fulton won possession back in the midfield and fed the goalscorer, who powered through and struck past Bialkowski from the edge of the area.

Malone had an effort blocked as The Lions looked to get back into the game with nine minutes remaining, before Zohore's vicious shot on the turn was expertly tipped wide by Woodman two minutes later.

However, any chances of getting back into things were scrapped just 60 seconds after that as Swansea trebled their advantage through Lowe's second of the afternoon - an attempt into the roof of the net from the edge of the area. 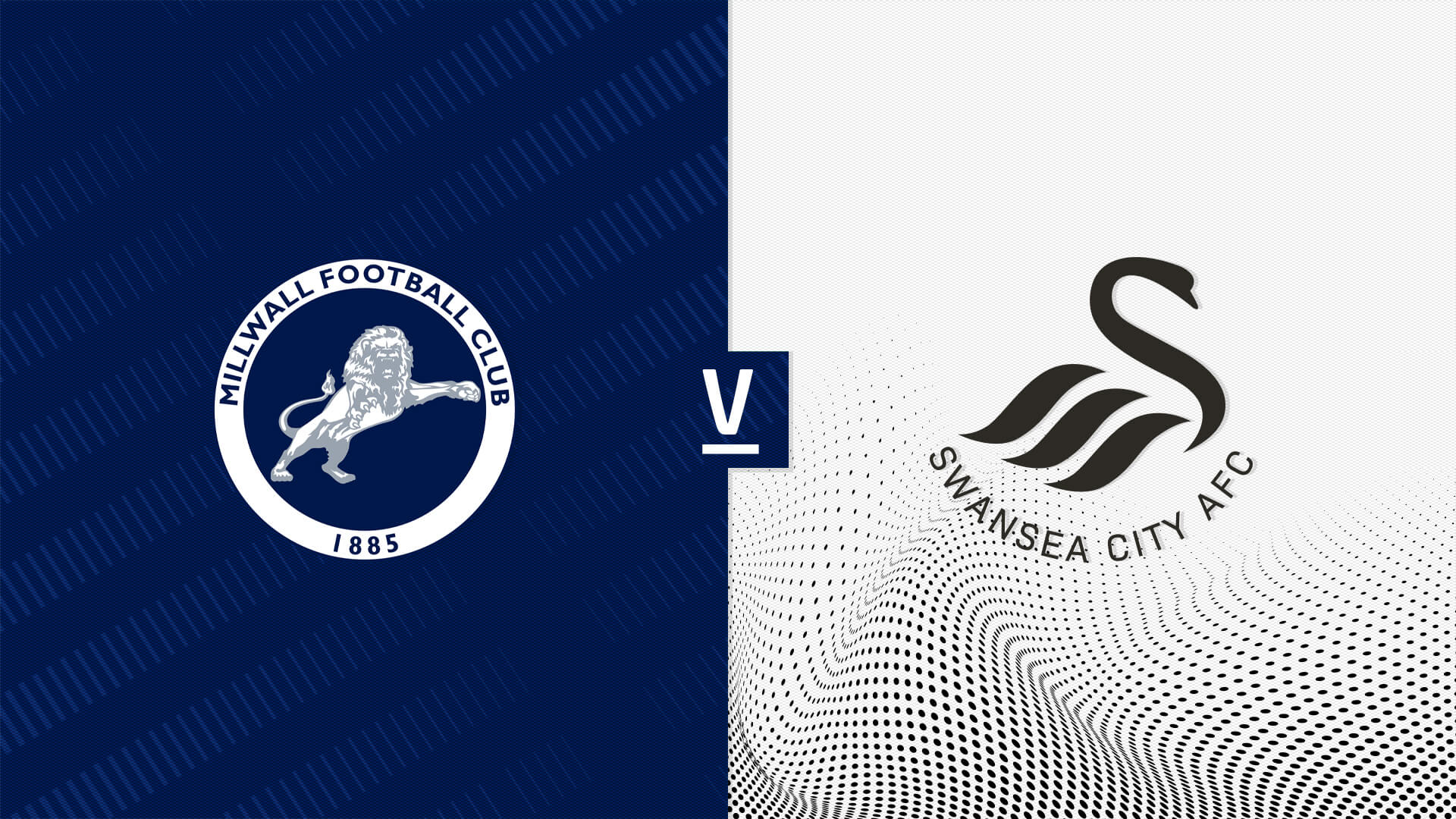 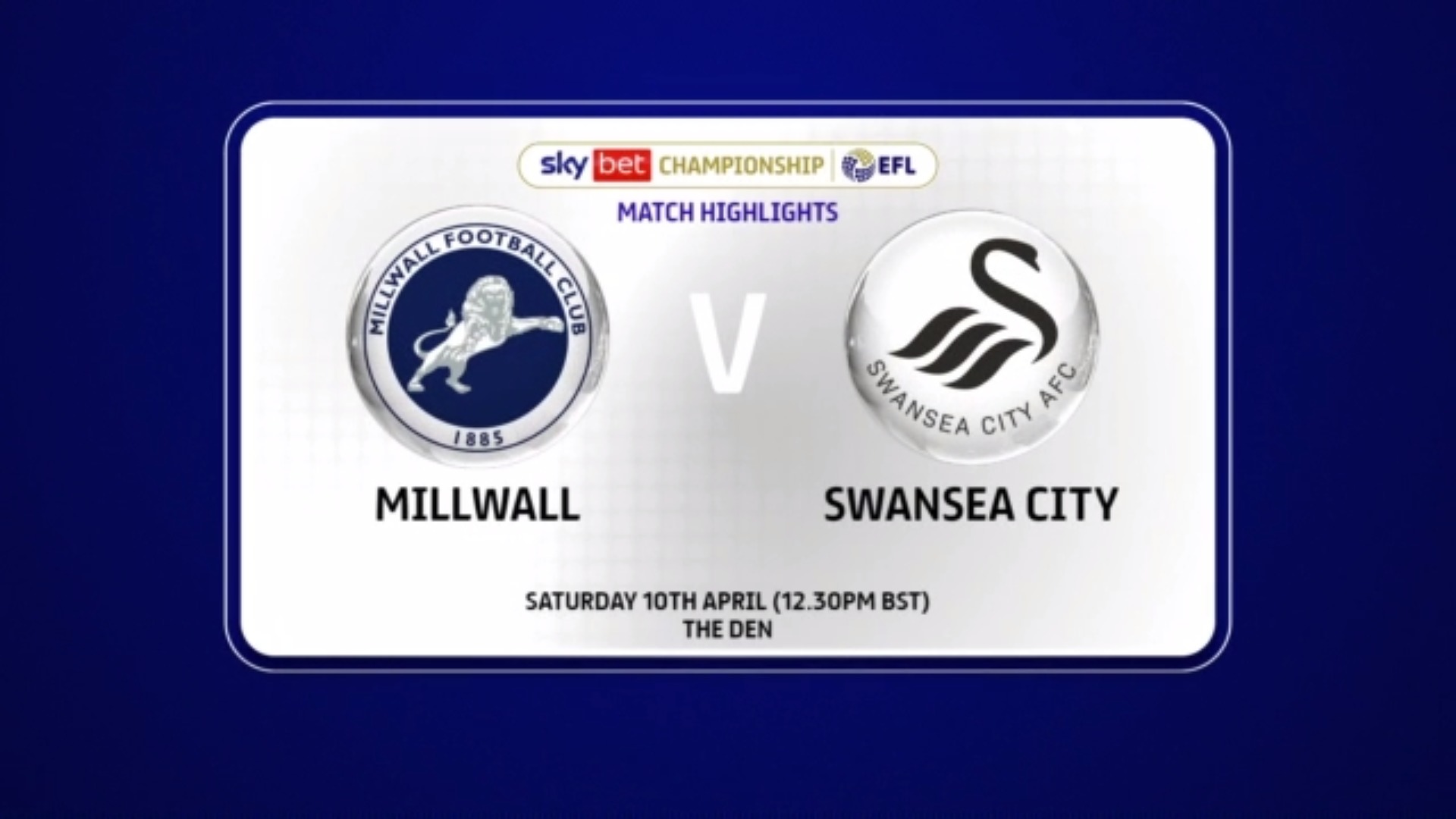 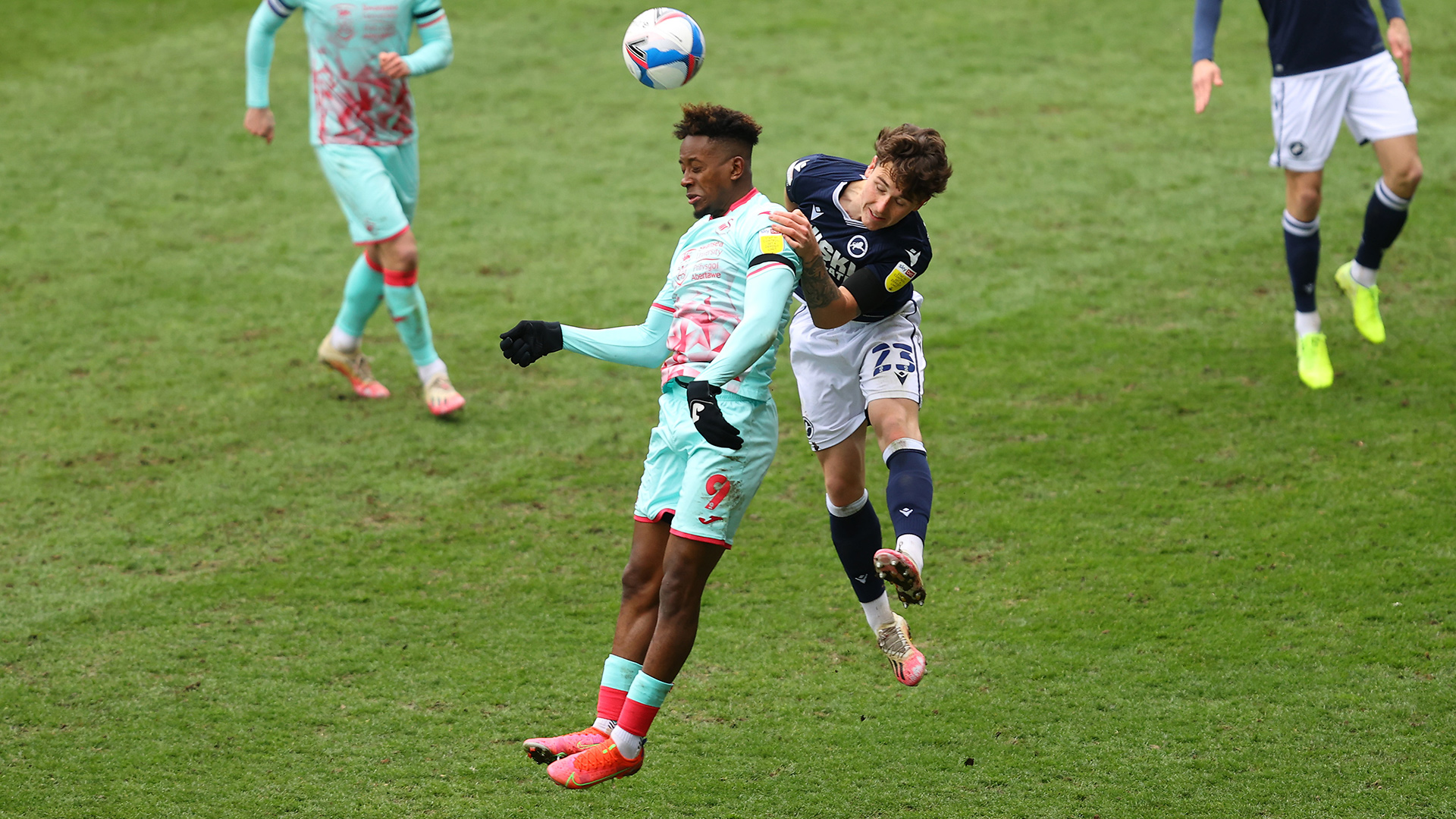